PleasureJams is a New York City DJ collective comprised of Stewey Decimal, Allie Bell and Marosy. First meeting in Burlington, Vermont, and then reuniting years later in NYC, the trio share a passion for positivity and spirituality through music and dance. Bodega caught up with the collective to talk about the trio’s early years, their individual styles and the digital dance parties that kept everybody moving through the pandemic. 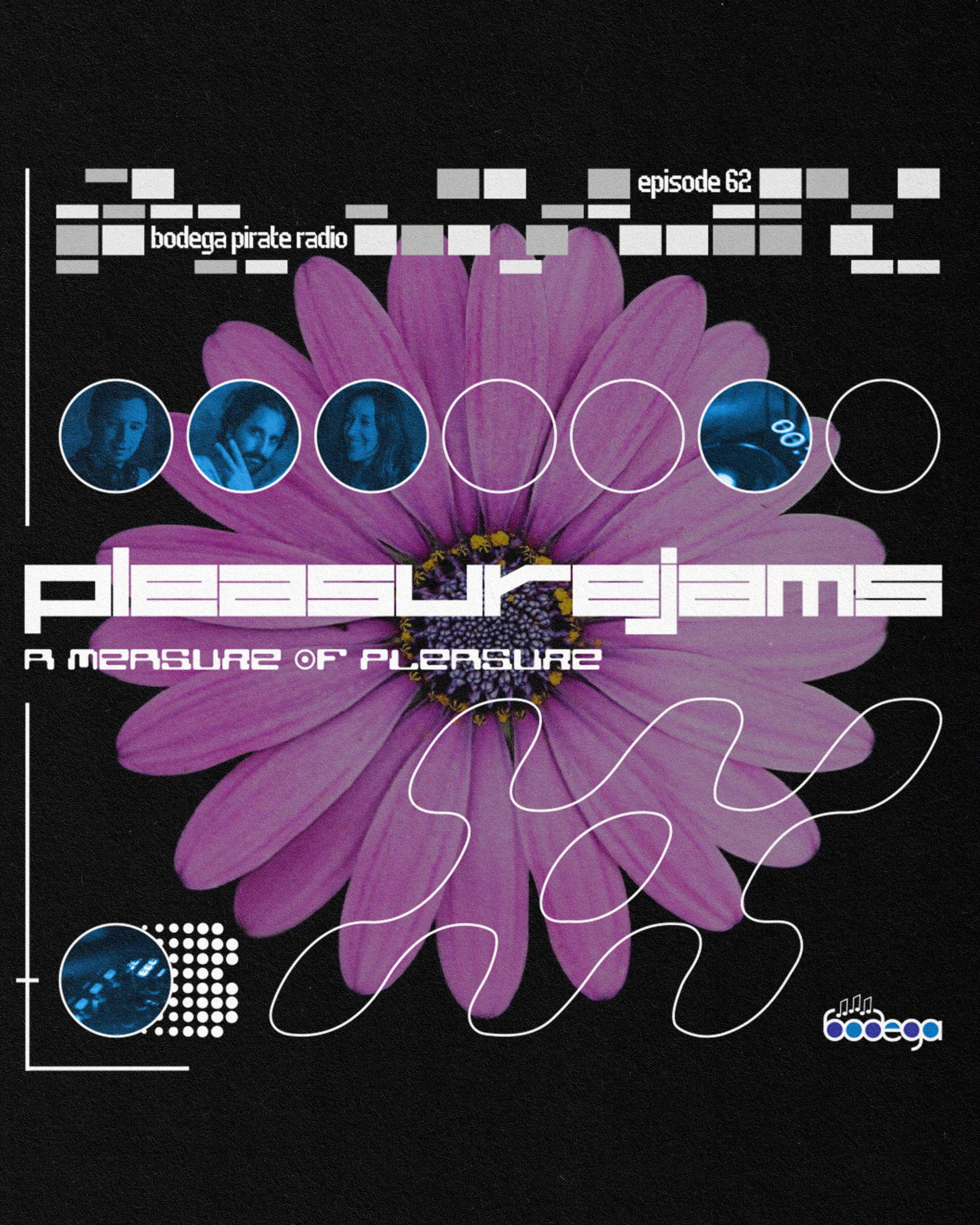 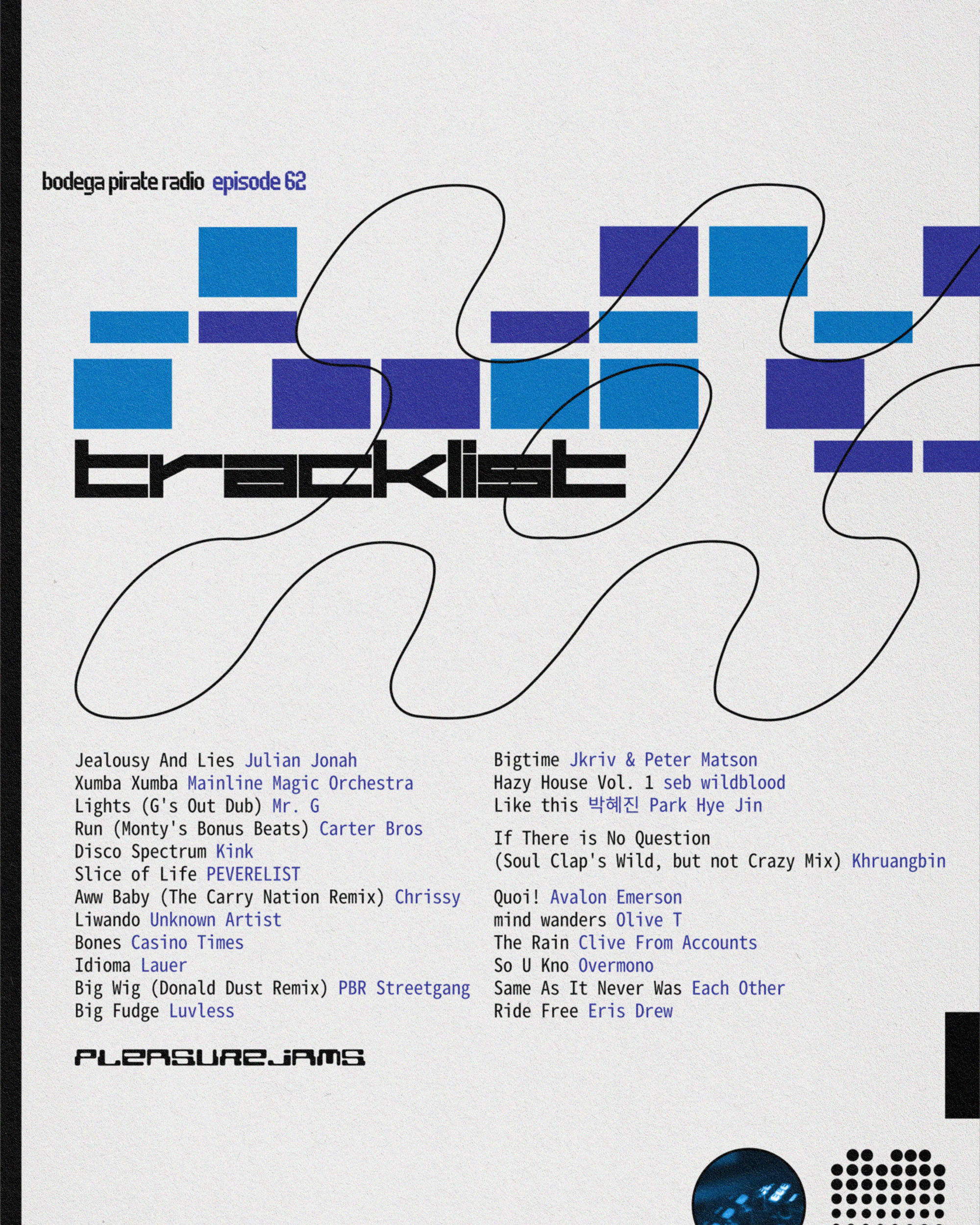 You guys met in Burlington, Vermont. Did your initial vision change since then, or would you say it has largely remained the same.
Honestly, we’d be lying if we tried to claim a deeper vision of dancefloor spirituality. Our vision has always been pretty simple: play the music that we love on the dance floor. In some ways, our vision follows our taste in dance music. And to that end, as our collective taste in music evolves, so does the feel of our parties.

You are all three united by a love of similar music, but how would you say you three differ on which defines your individual styles?
Tomie and Allie were both pretty influenced by the blog haus craze in the aughts. Tomie went to school in Montreal, going to raves and loft parties, and that still guides his taste today.

Allie used to go up to visit Tomie in Montreal as much as she could. She was super into mashups - think Hollertronix - and still likes to get to the hook and then mix out.

Alex came into djing through hip hop, and then went on to djing house parties, playing everything he was into at that given moment. That influence shines through via songs from artists like Kylie Monogue and Frank Ocean mixed in with house music.

Speaking of Pleasure Jams, when and how did the name come about?
Alex used to come up with random names for every party, like ‘Triple Pump’. Pleasure Jams stuck. We were also playing this Classixx edit of Janet Jackson’s ‘Pleasure Principle’ a lot back then, which didn’t hurt.

Positive music is always in style, but it is especially important for upliftment in these strange times. How did/do you deal with the pandemic as deejays? From lockdown to now.
As djs, we dealt with the pandemic by throwing digital dance parties, doing livestreams, and making mixtapes.

Tell us about the digital dance parties… Each one was dedicated to helping a specific club survive the pandemic. How did those go?
The digital dance parties started right at the beginning of covid, when parties were all being canceled and the world was afraid of NYC. We wanted to find a way to stay connected, and at the same time support some of our favorite clubs and dance institutions that were forced to close.

It was all Alex’s idea - he figured out how to do the sound - nobody really knew how to do it yet. He also convinced his girlfriend, Dara, to be in charge of highlighting each attendees’ Zoom every 15 seconds or so to keep it interesting. I (Allie) was skeptical at first, but we quickly found ourselves and our friends looking forward to them all week.

We did them for two months straight, and at the peak, we’d have about 100 people at any given time, dressing up, putting on wigs, setting up disco balls and cool lights. It was a really fun way to feel connected and support the local spots. We were able to raise hundreds of dollars for some of our favorite venues around Brooklyn, like Good Room, Elsewhere, Jupiter Disco, C’mon Everybody, and a record store called Mixtape Shop.

I would assume after being cooped up in houses for so long that people really wanted to hit the dance floors. What was the vibe like when things opened back up?
Things were insane in spring 2021! We got involved organizing some outdoor parties in Brooklyn, which were euphoric and liberating. You could just feel the energy buzzing.

What are three tracks a Pleasures Jam set can’t live without.
Tomie: I kinda think our sets are always changing, which is what makes them fun, but for me “Modern Romance” by Catz 'n Dogz, Gerd Janson has been a staple the last year and I’m a big fan of Gerd and C ‘n D.