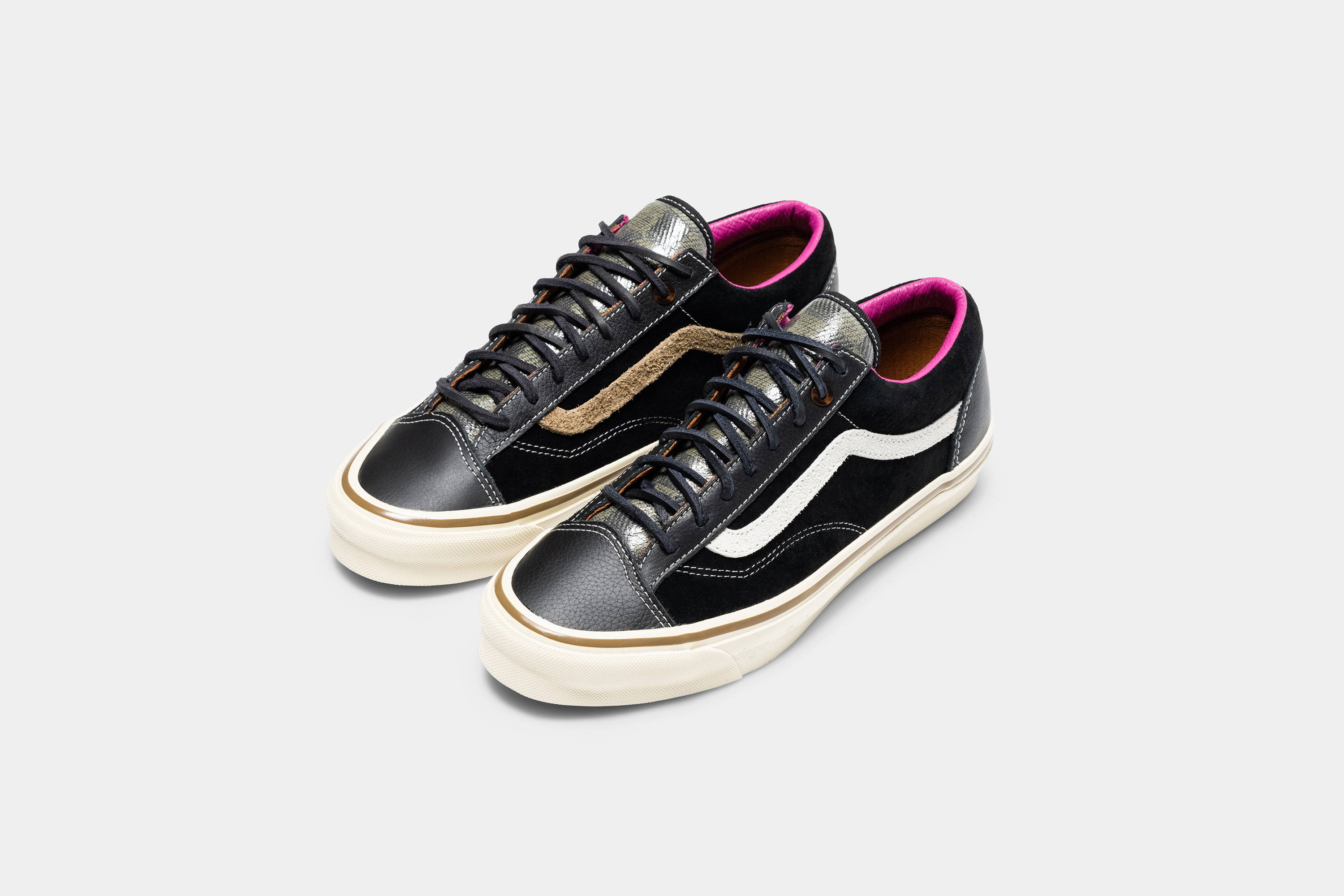 This warped take on luxury is the impetus behind the new OG Style 36 LX by Vault by Vans and Bodega, celebrating the Boston store’s 15th year in business.

Generally speaking, there’s no such thing as old-fashioned luxury anymore. In an era when the famous names are under the umbrella of multinational conglomerates, and production is as modernized as anything else, the image of the family-owned concern overseeing local artisans, makes for good ambiance, but that’s about it. The same is true on the consumption end of the spectrum. Long gone are the days when shopping for designer luxury meant upper crust royalty (and sometimes literal royalty) heading to the most expensive streets of the world’s most glamorous cities. These days, there’s every chance that a five-figure handbag is accessorizing a tracksuit. Luxury is fully democratized, in every sense of the word.

Even though there are few to no artificial barriers to luxury now, if you can pay for it, it’s yours, the idea of the illicit trade in counterfeit luxury goods still maintains a powerful grip in the collective popular culture. One reason is the vicarious thrill of associating with the underworld that made Morty Seinfeld so enthusiastic about the Wizard tip calculator. The other is that, in practice, it was the cheeky, bootleg designs of the ‘80s and ‘90s that combined casual sportswear and luxury branding, that provided a road map for a modernized form of luxury.

This warped take on luxury is the impetus behind the new OG Style 36 LX by Vault by Vans and Bodega, celebrating the Boston store’s 15th year in business.

A sense of occasion meets Vans and Bodega’s respective histories of doing things their own way. The classic black and white colorway that has featured on countless pairs of the Style 36 is constructed in a mix of premium fabrics. Tumbled leather, various suede textures, tortoise shell detailing, and a designer monogram inspired, brown toned take on the iconic Vans checkerboard pattern offer a refined, special edition take on the Vans customizable, individualist ethos. It’s only natural to dress up when you’re celebrating an anniversary, but that doesn’t mean you need to hide your sense of uncompromising individual style. After all, we never did, and look where we are today. 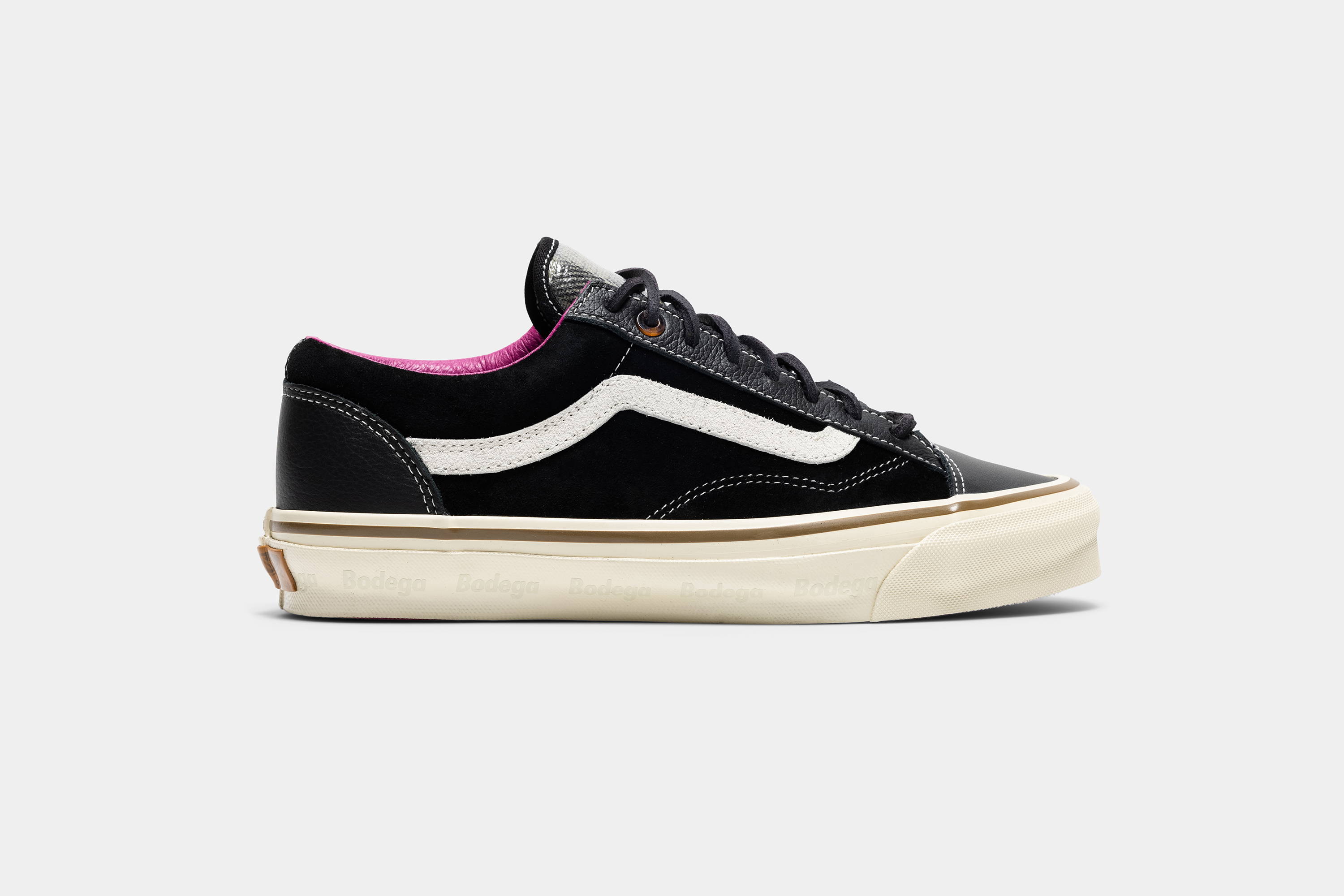 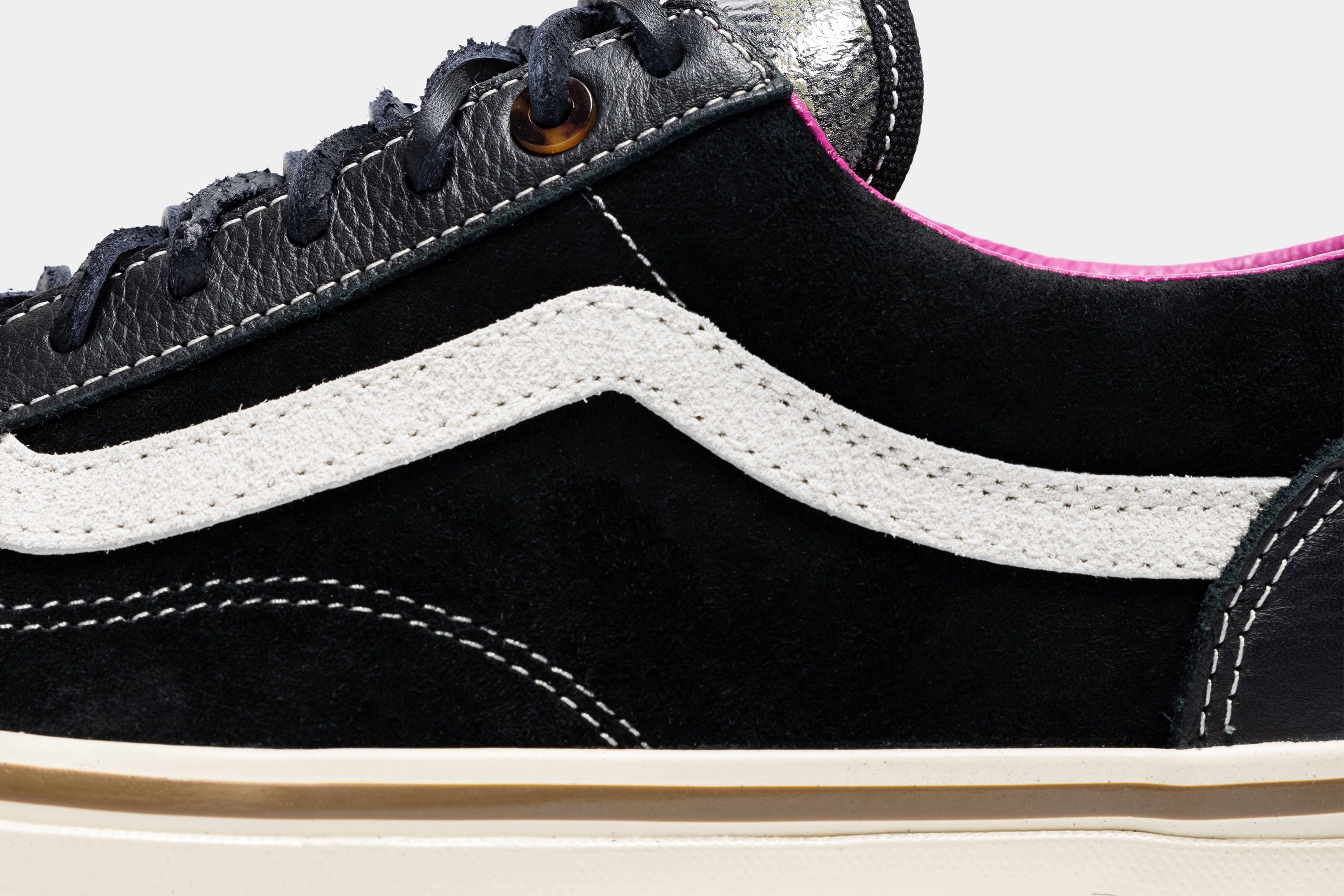 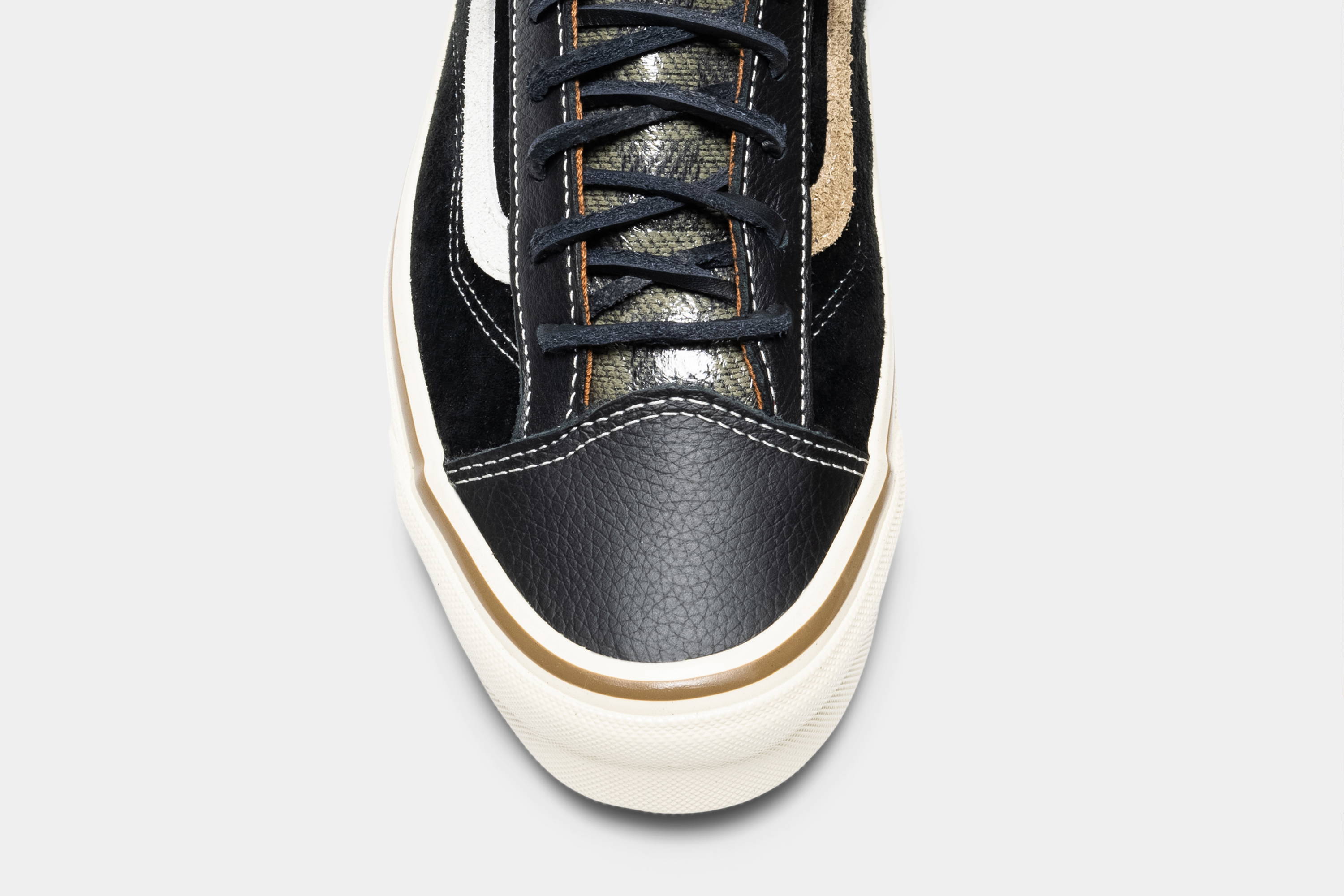 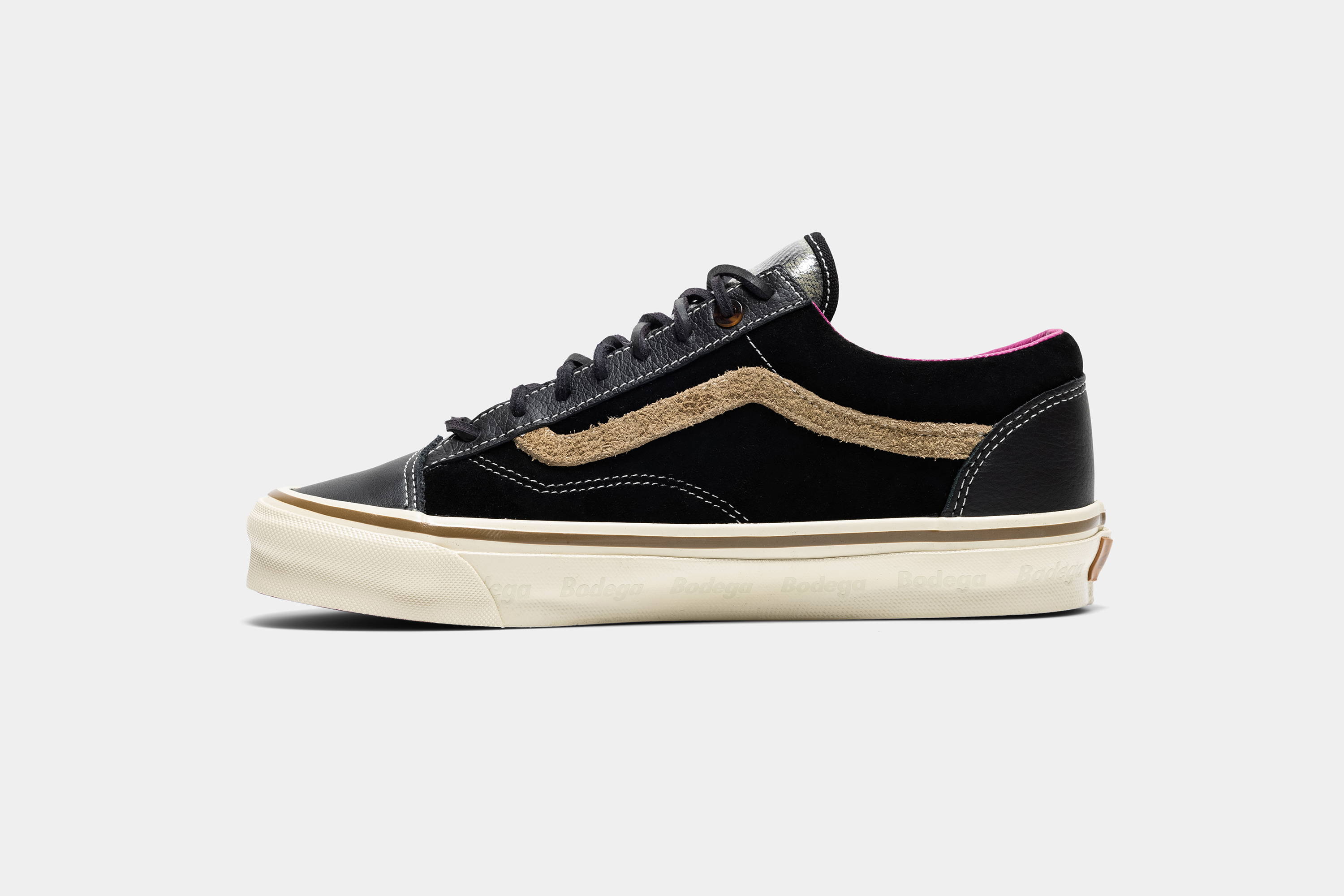 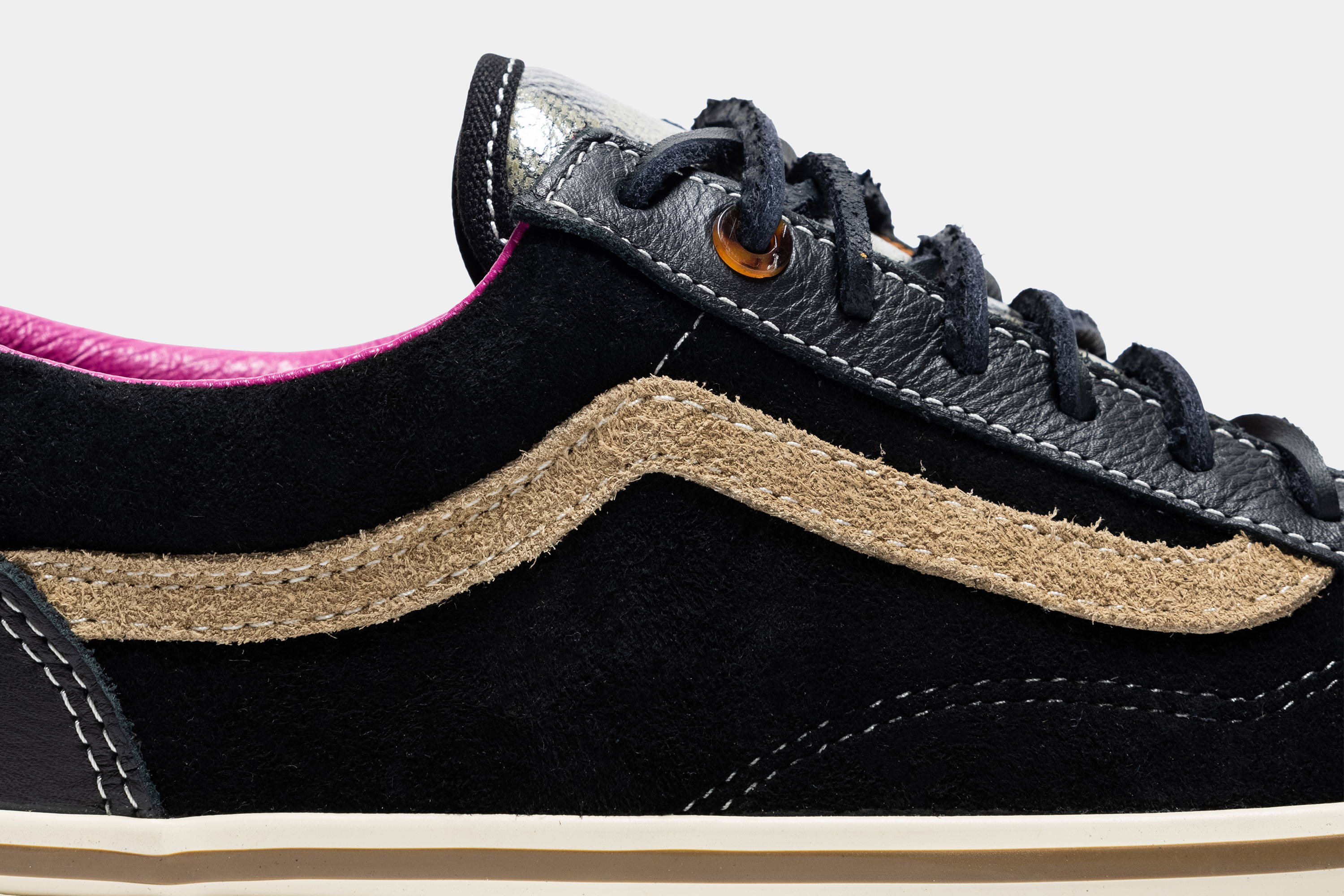 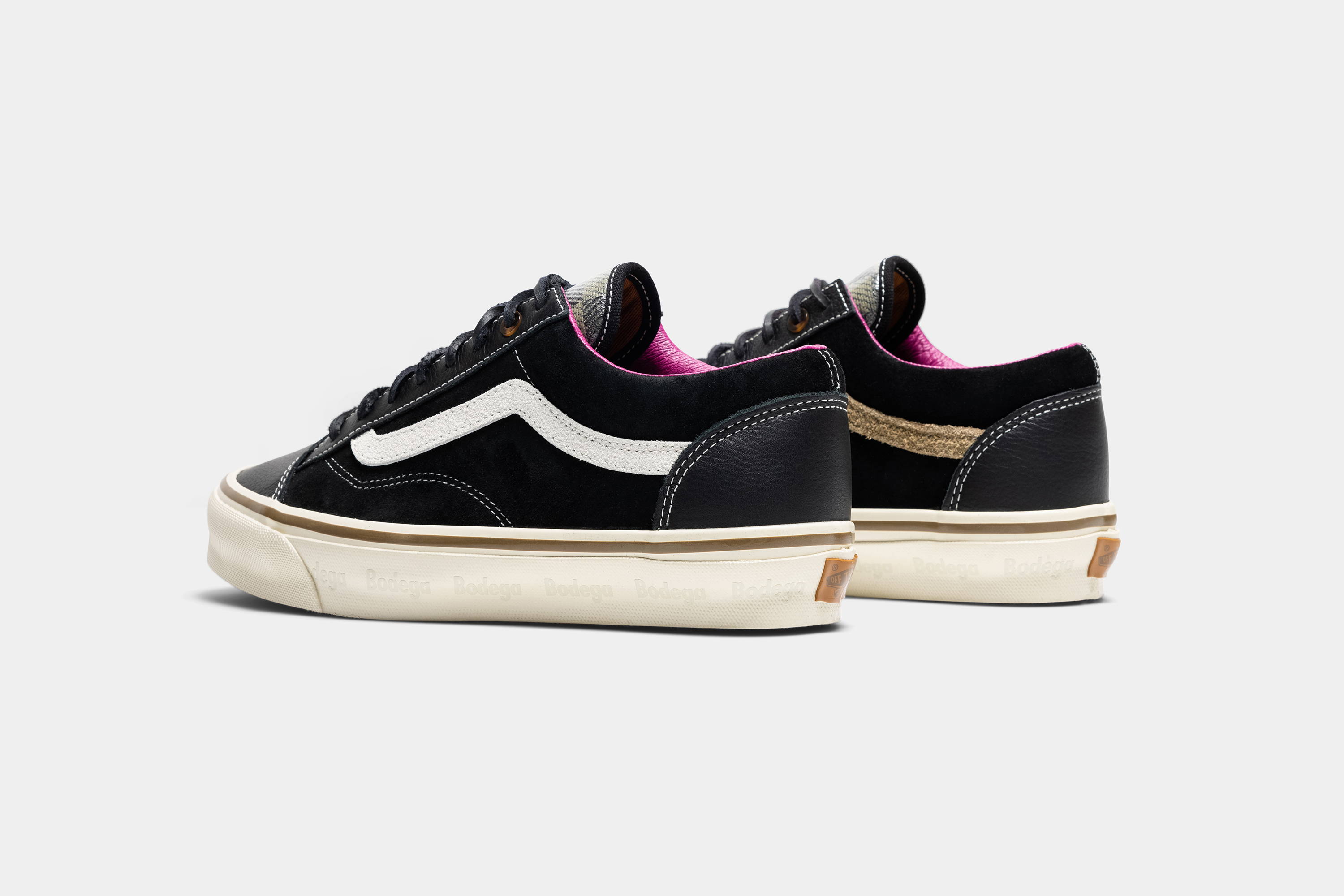 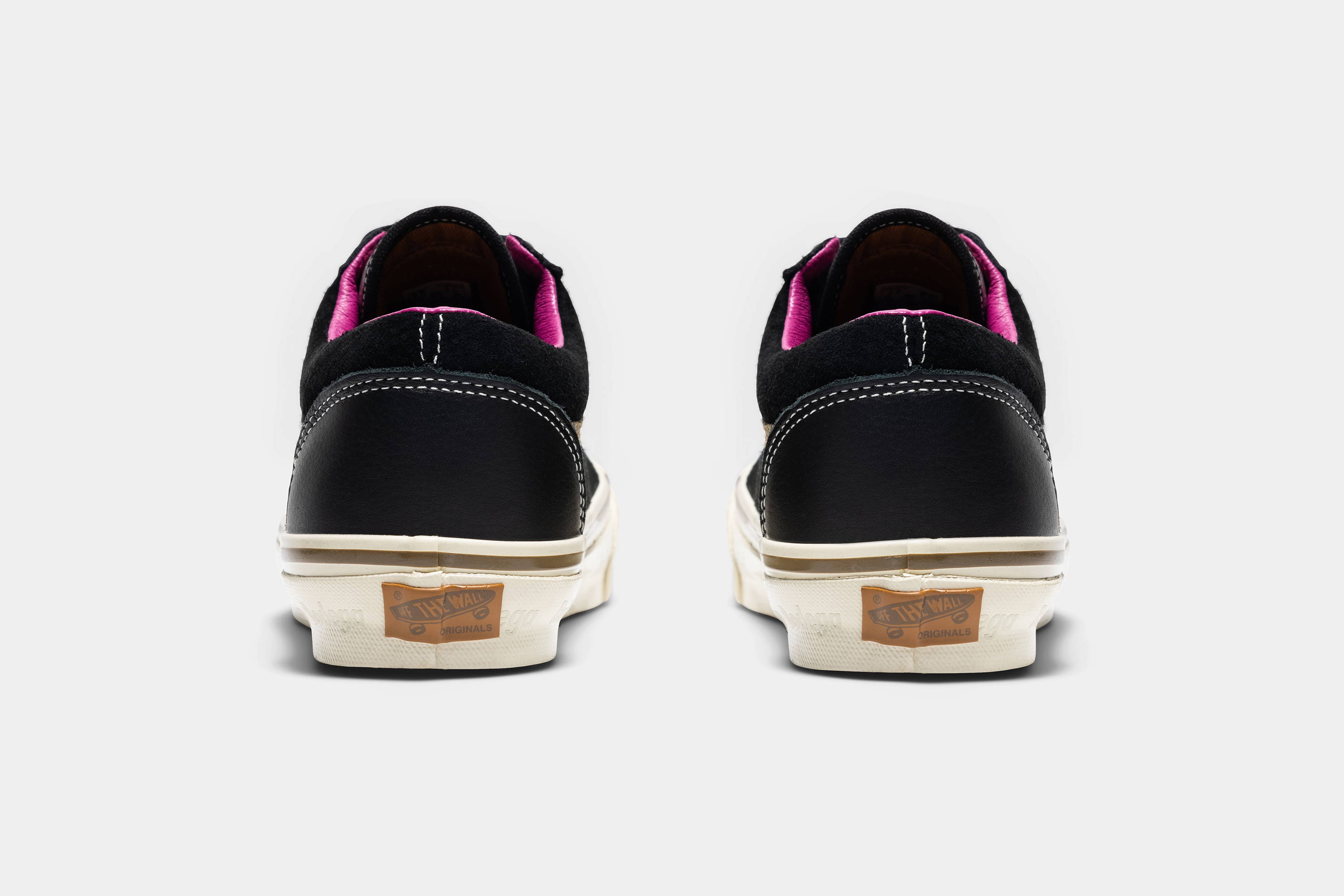 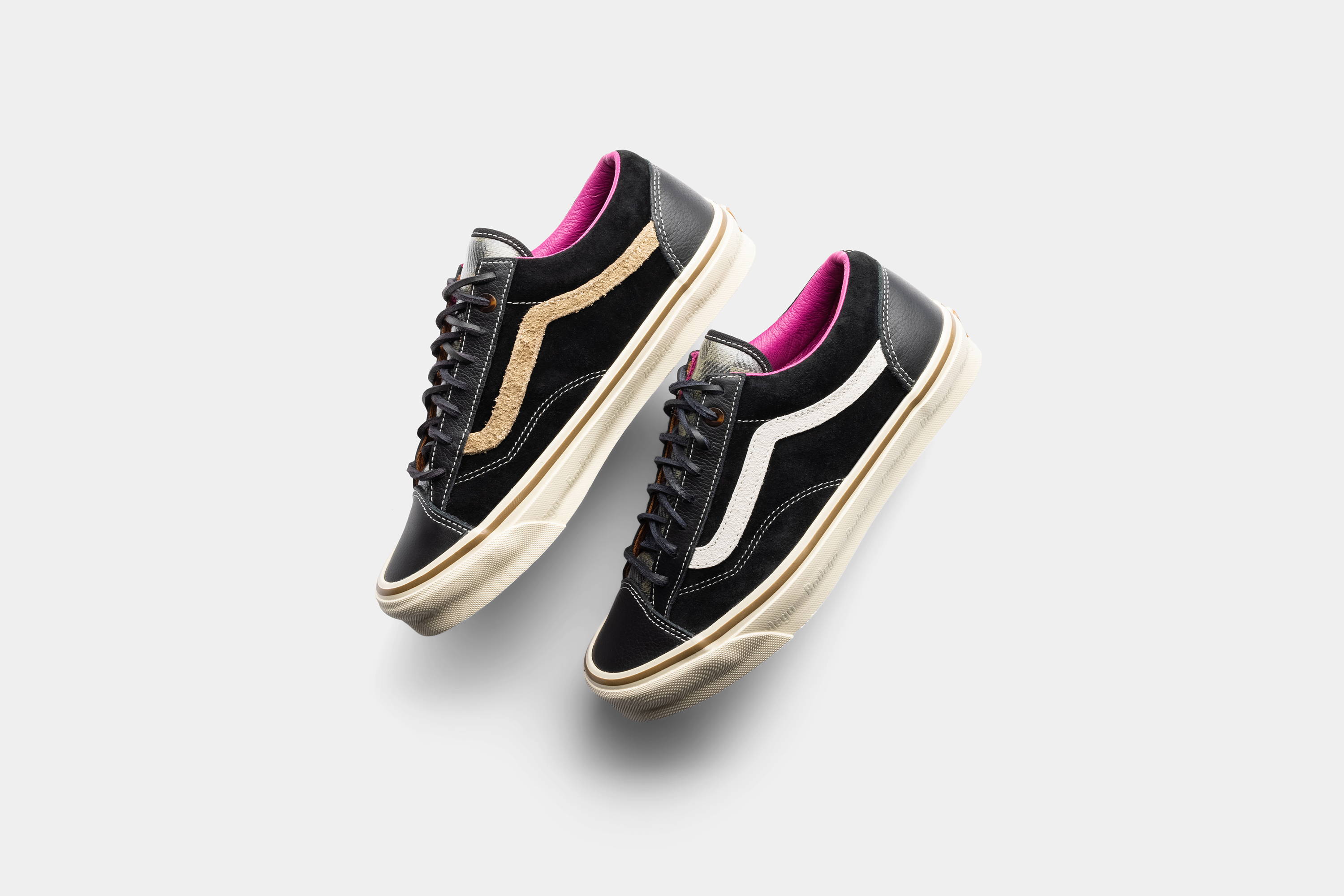 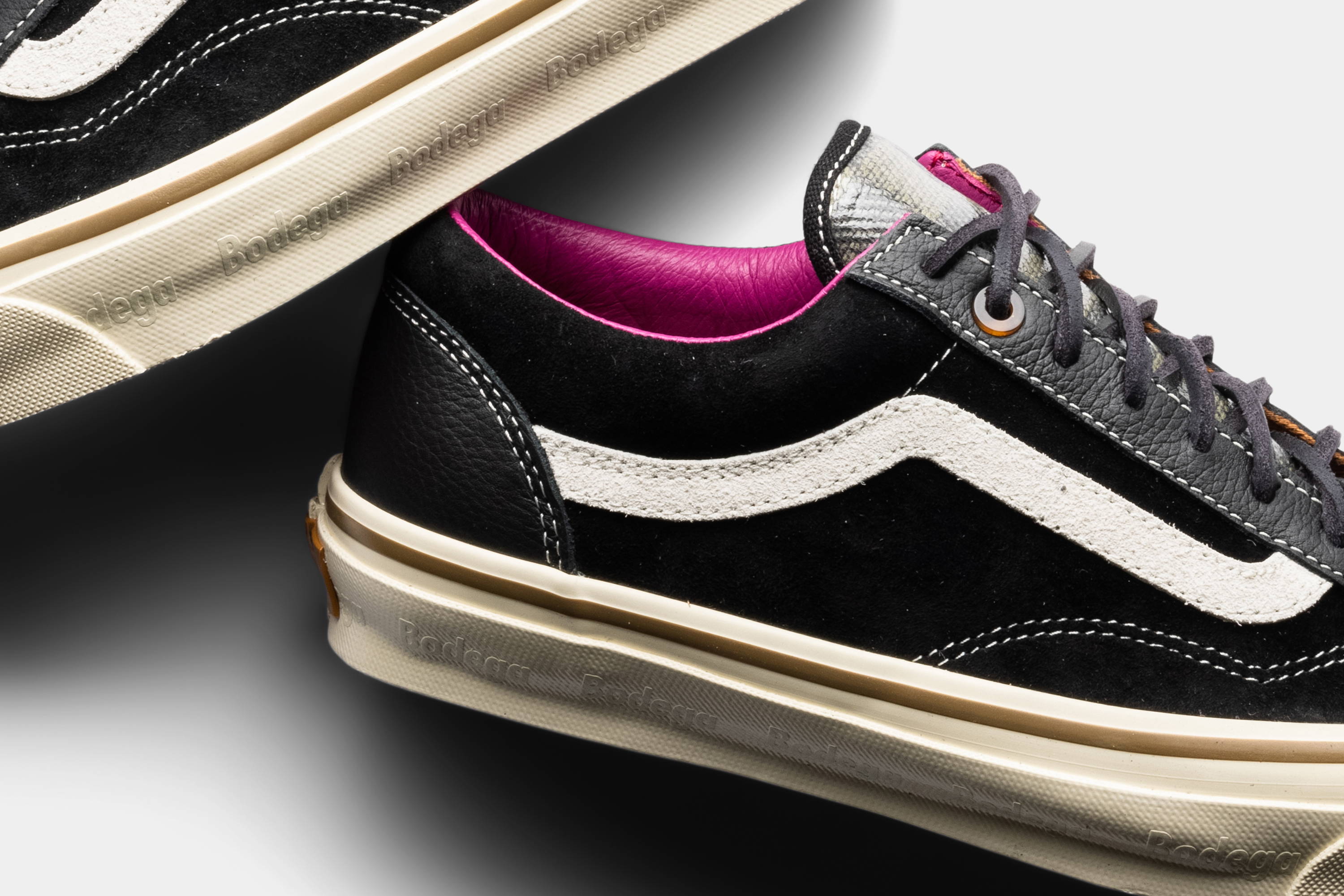 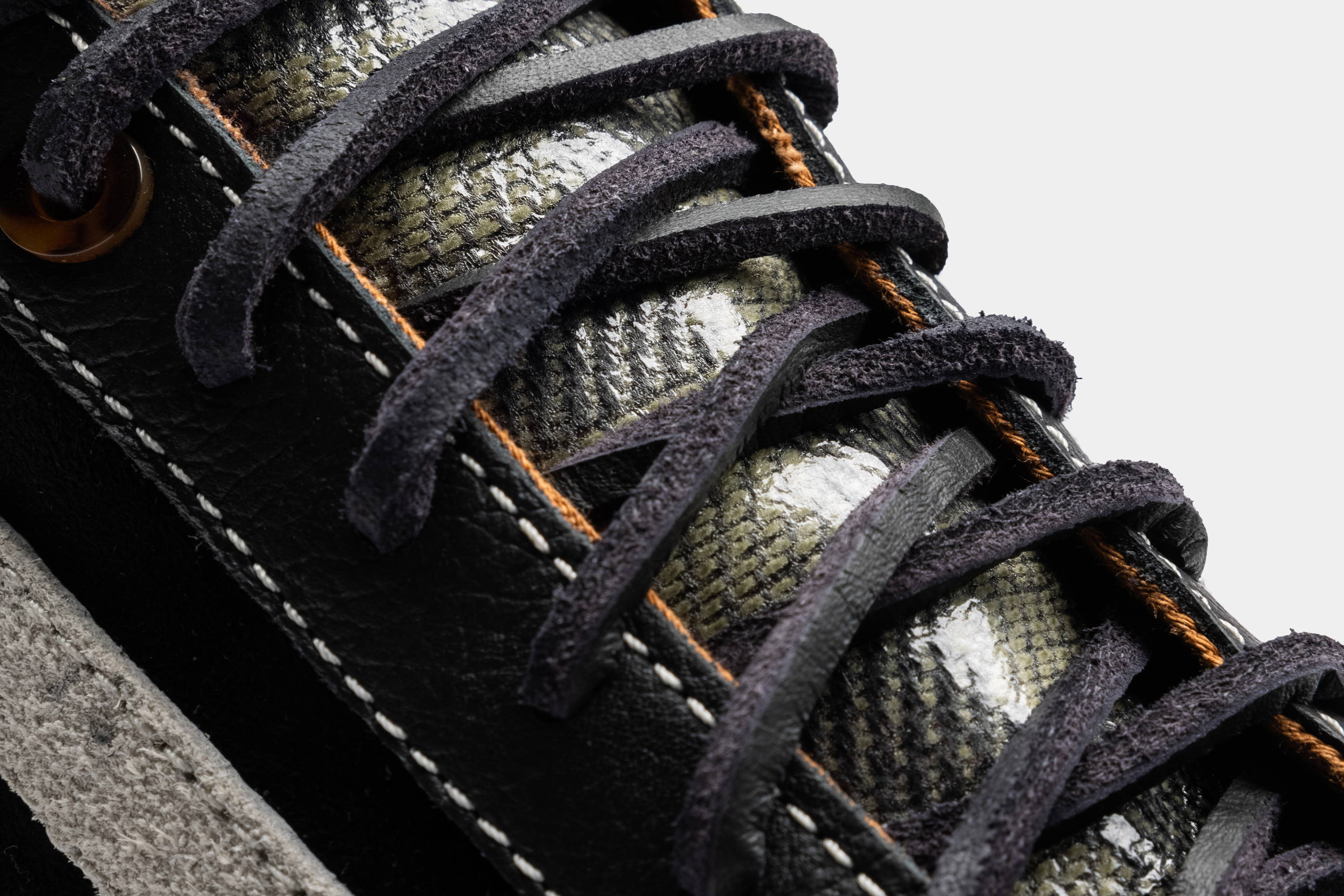 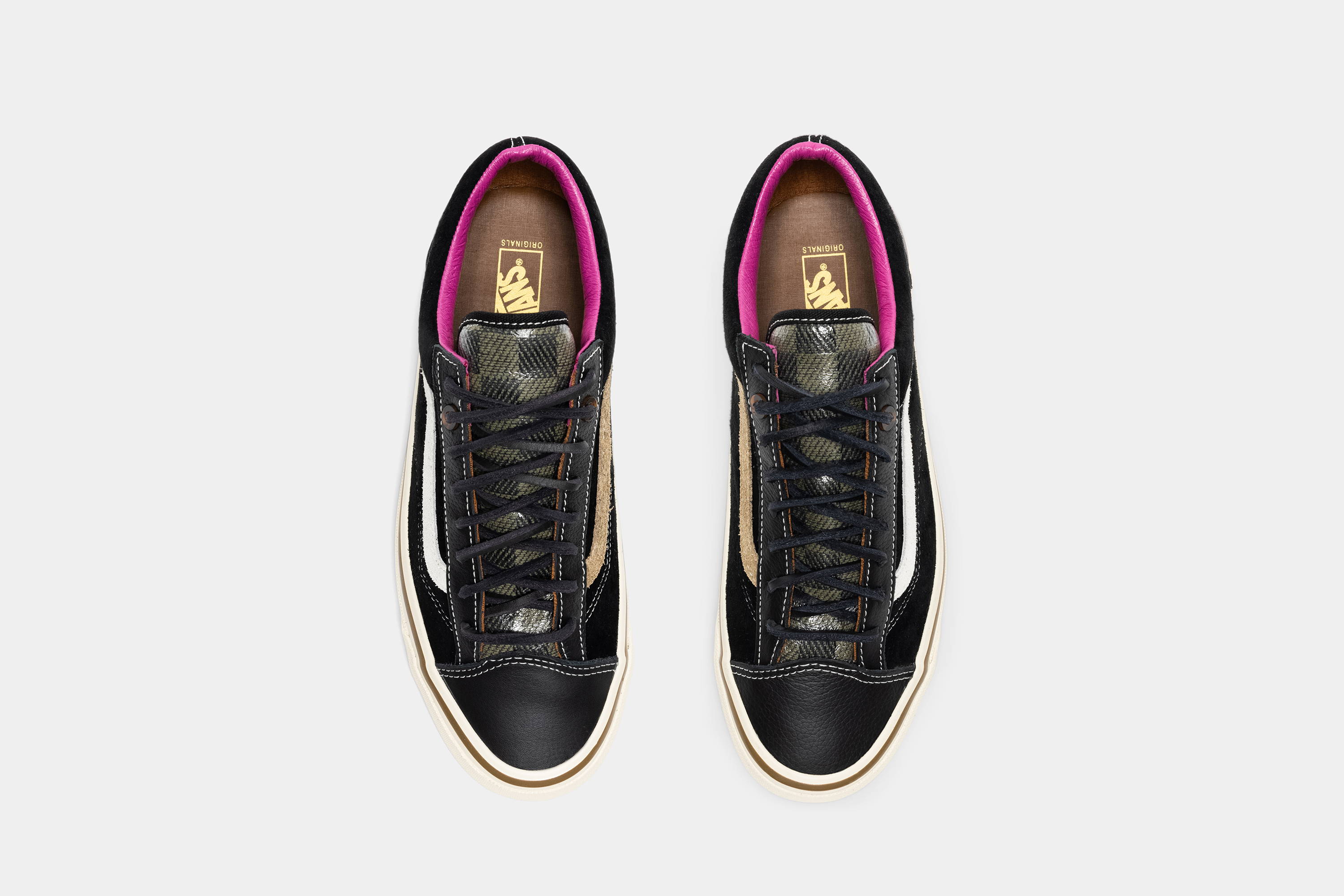 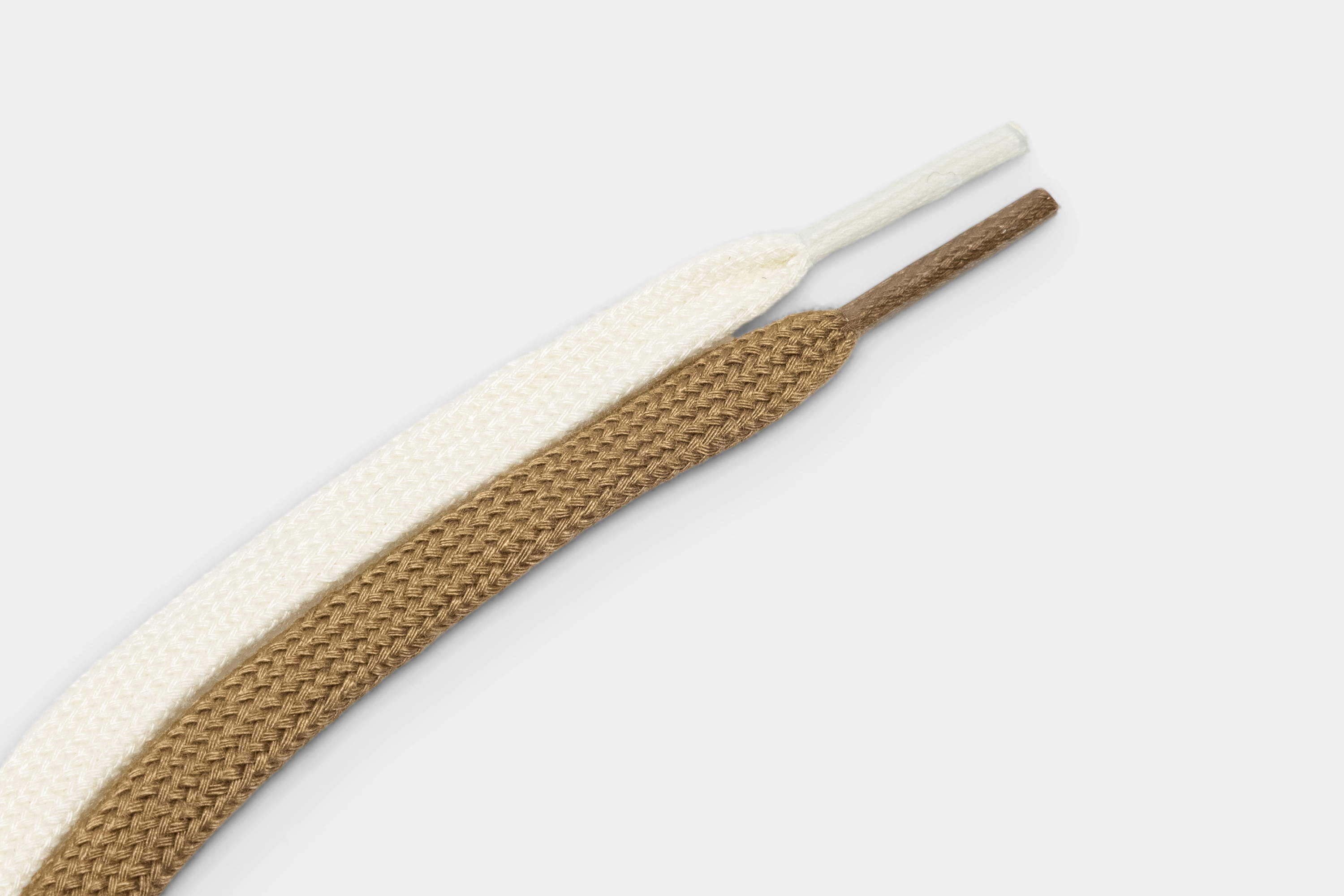 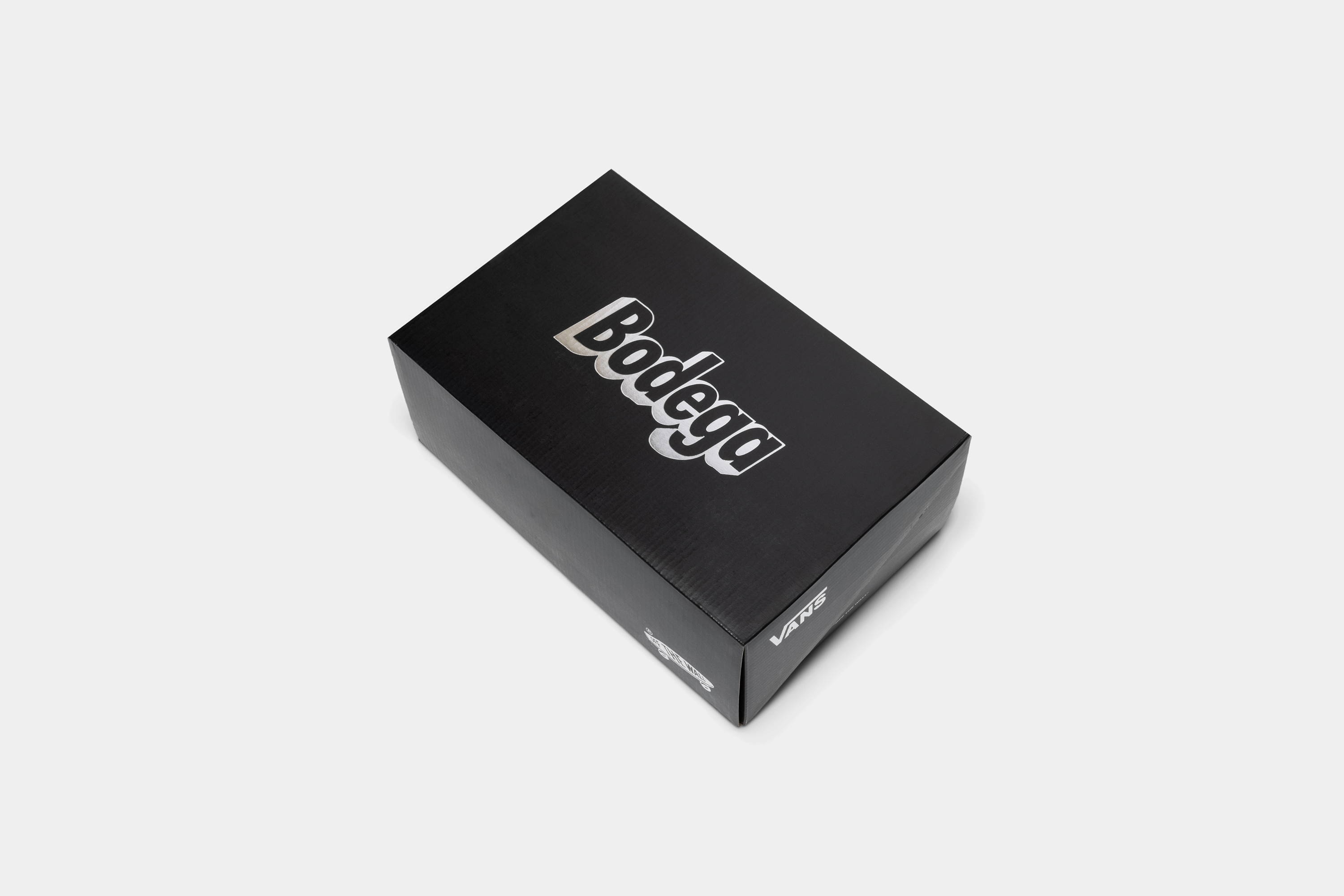