Creating a wearable ecosystem for your feet that can handle the streets just as well as the trails .

The process of dyeing fabric isn’t new, in fact, it’s been around for thousands of years. But even as styles converge and trends overlap, dyeing – especially tie-dyeing – in the context of technical gear is a relatively new frontier. Sure your dad’s shredded senior day t shirt from ’74 has some janky swirls but who would have thought a technique that represented the lax, DIY style that once fueled the hippie movement and counter culture revolution could also transport the exacting, cutting edge outdoors-inspired gear of today, to a new place. One where the tech spec list might be down to the decimal but the actual package trades uptight stiffness for approachability and multi-functionality.

With the Bodega X Salomon X-Mission 4 Suede ‘Full Bleed’, we went all in to showcase one of Salomon’s premier everyday sneakers in a new light. Inspired by the brand’s deep connection to outdoor exploration and our never ending fascination with purposeful footwear, our X-Mission 4 balances controlled details with spontaneous ones, creating a wearable ecosystem for your feet that can handle the streets just as well as the trails .

Centered around a nylon ripstop upper featuring a ‘stormy sky’ tie-dye treatment, not only does each pair have a unique 1/1 pattern, the darker, smokey palette provides a refreshing take on conventional tie-dye. But think less ‘cloudy day downer’ and more ‘smoke machine at a concert anticipation’ because along with rugged black suede overlays, it’s all building toward choreographed pops of yellow, pink, and blue-green, not to mention 3M fabric placed throughout. These moves directly reference the phenomenon of color found in the most unexpected of places. And when thinking about it, we went biological and couldn’t shake the image of cat eyes when a light reflects just right. Known as tapetum lucidum, we wanted to channel this magic reaction to light in a way that made the sneaker feel alive.

Locked down with all-terrain Contagrip®️ and finished with Bodega and Salomon branding around the toe and heel, the possibilities with the X-Mission 4 are endless, to the point where you’ll wish you too, had 9 lives. 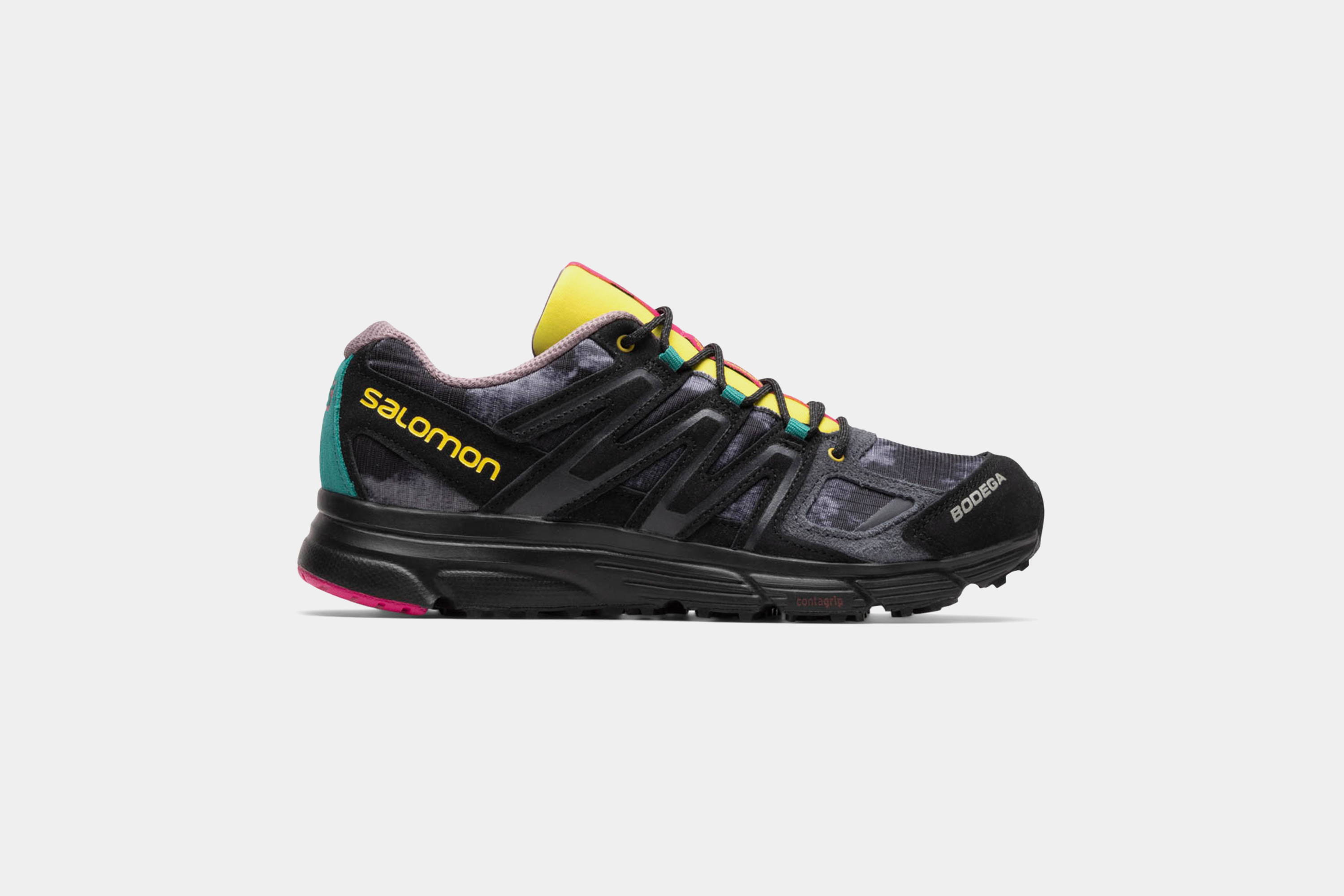 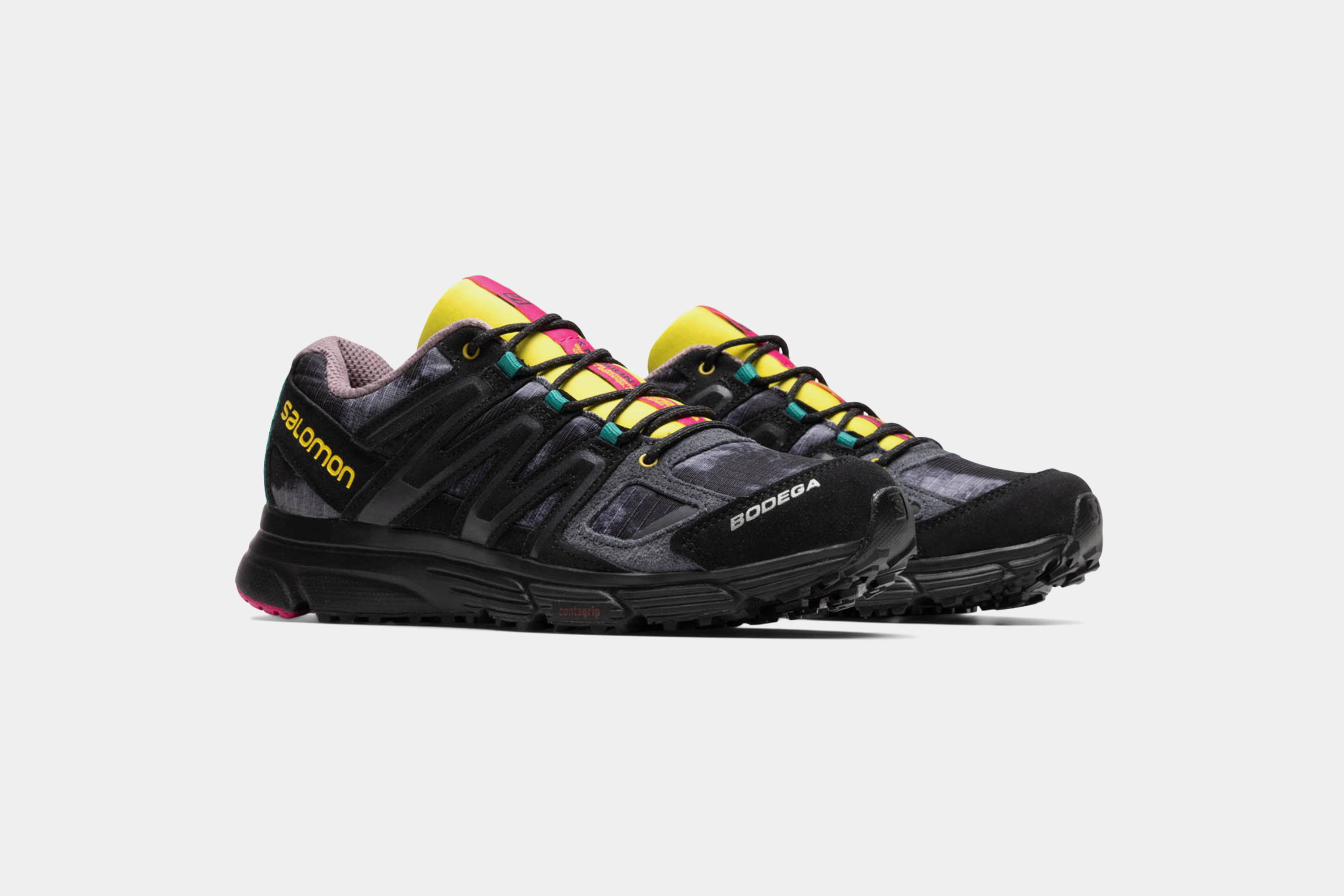 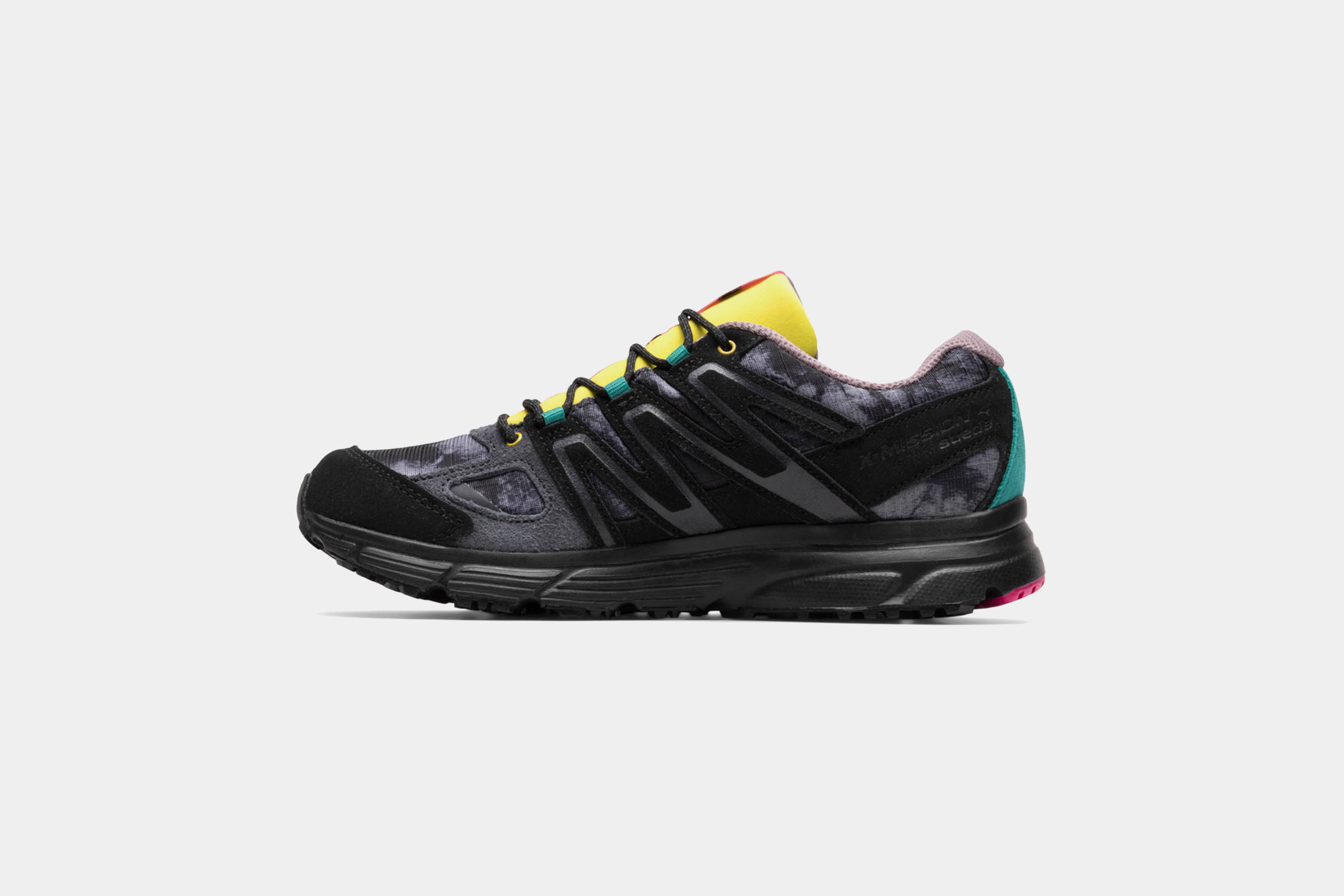 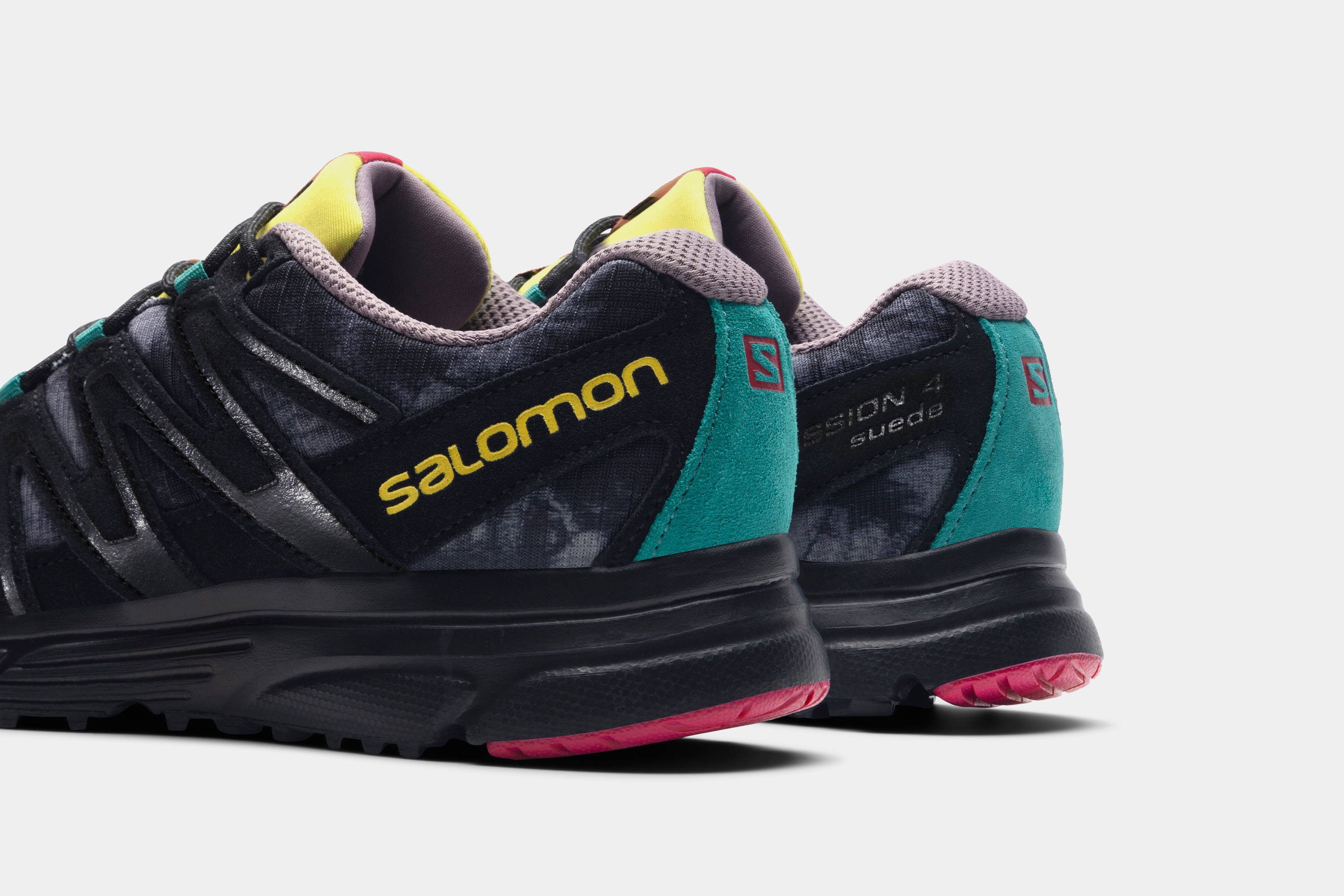 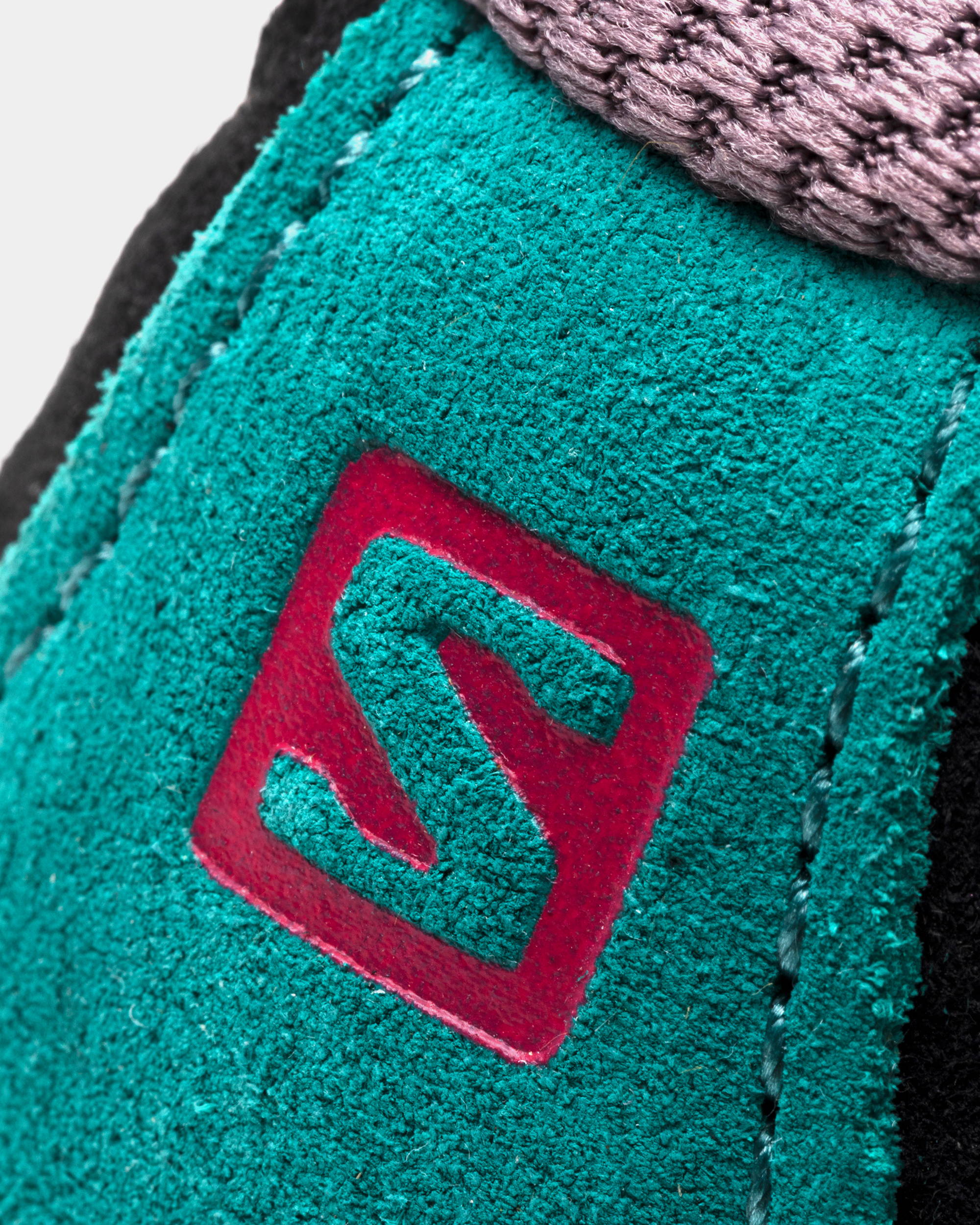 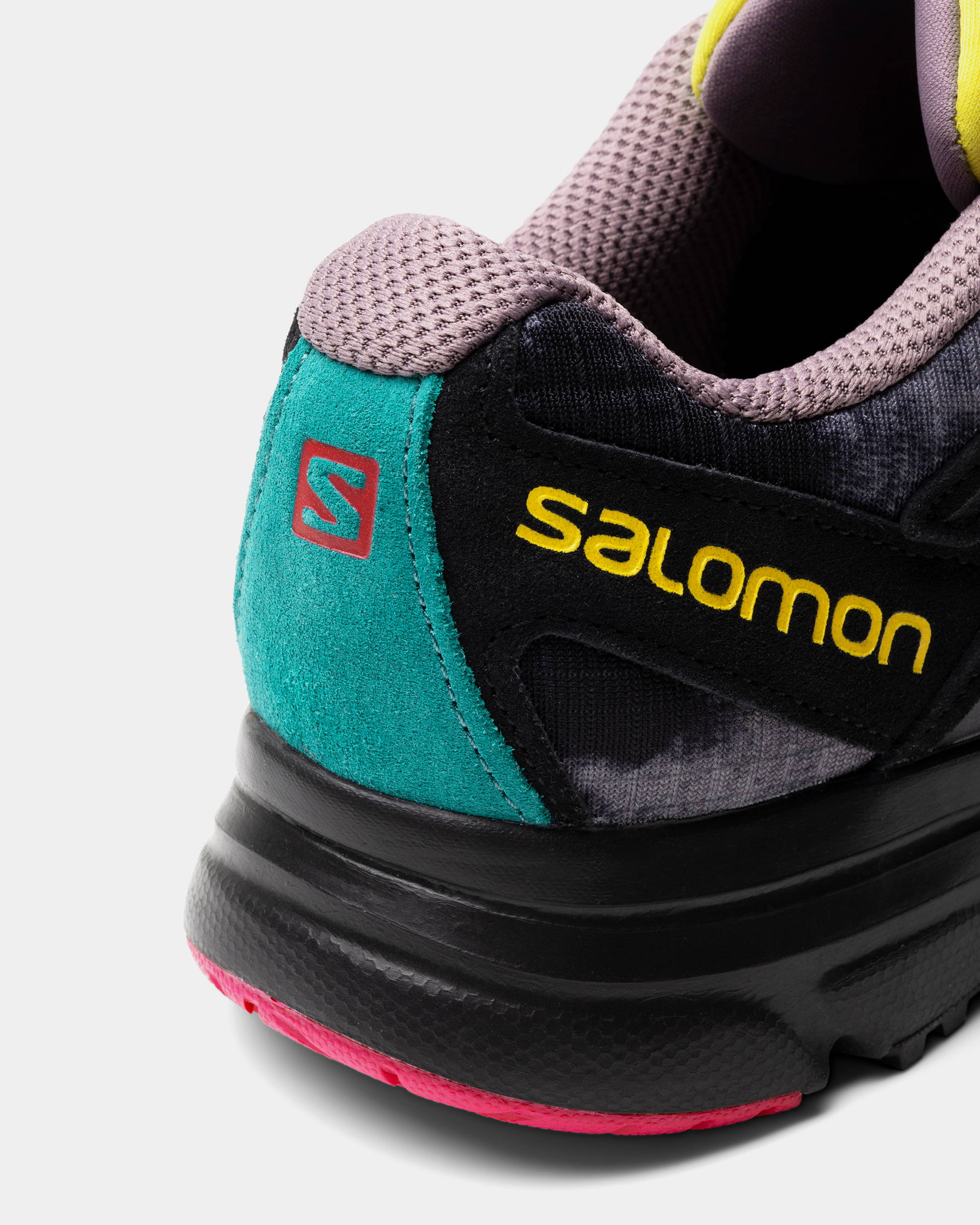 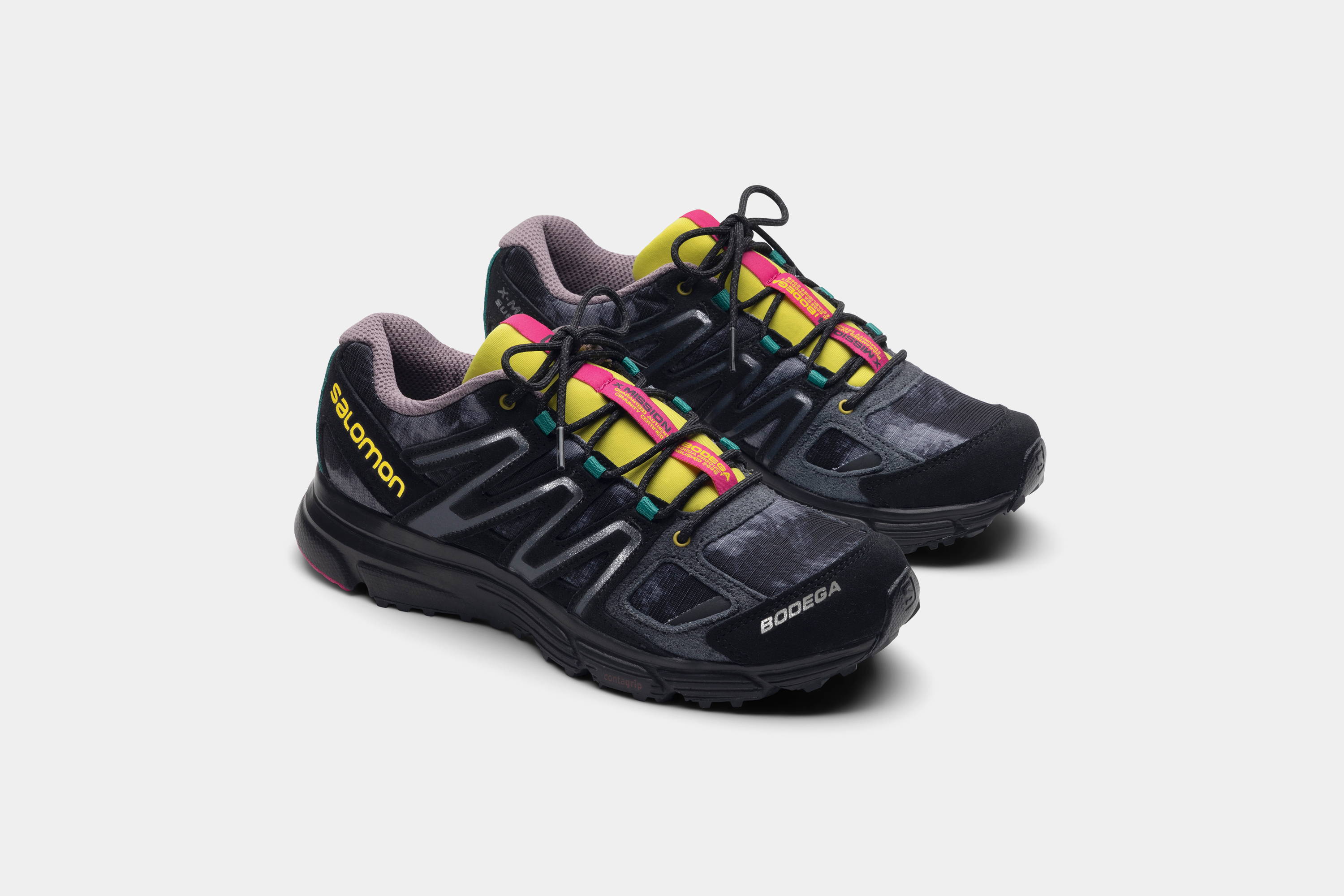 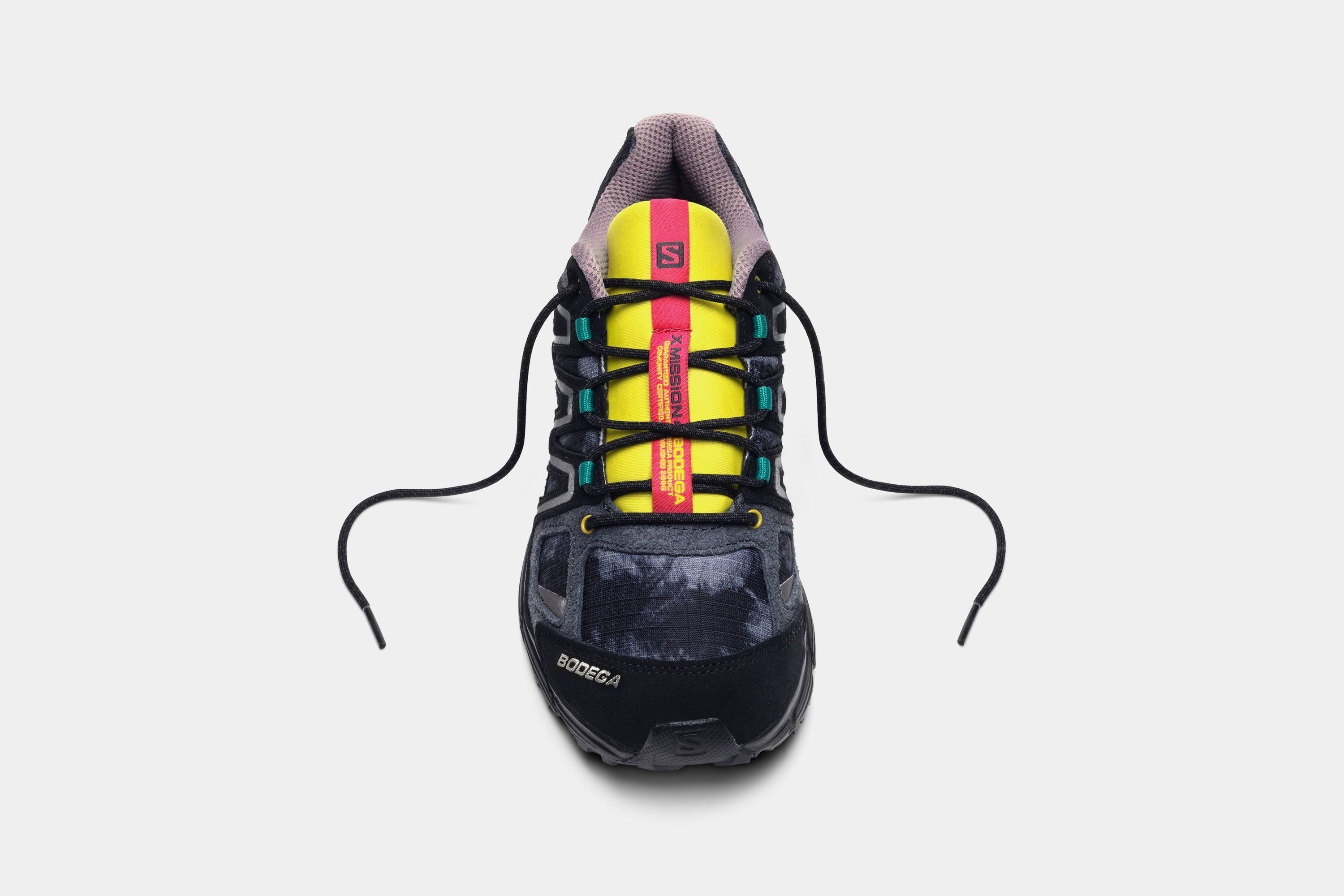 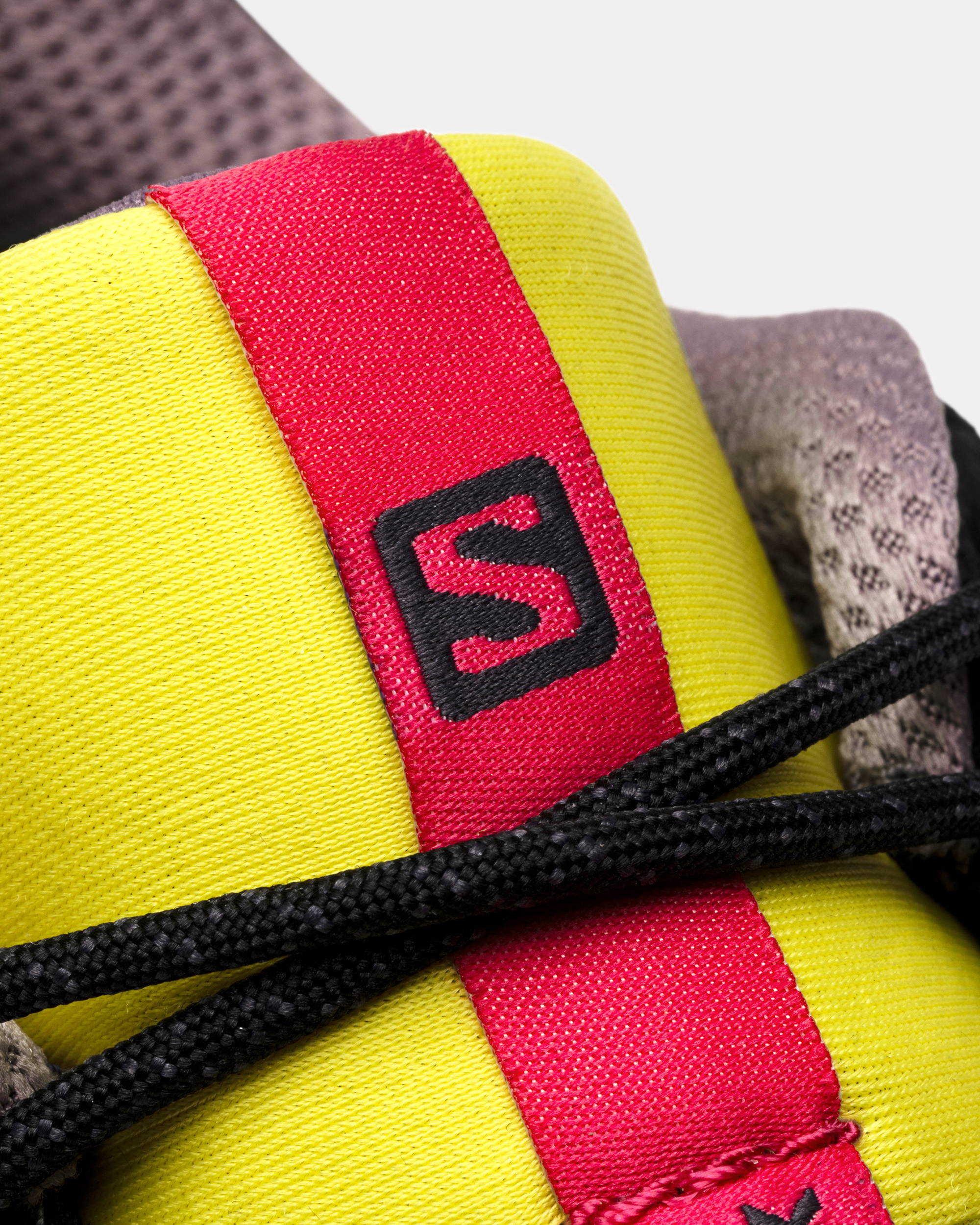 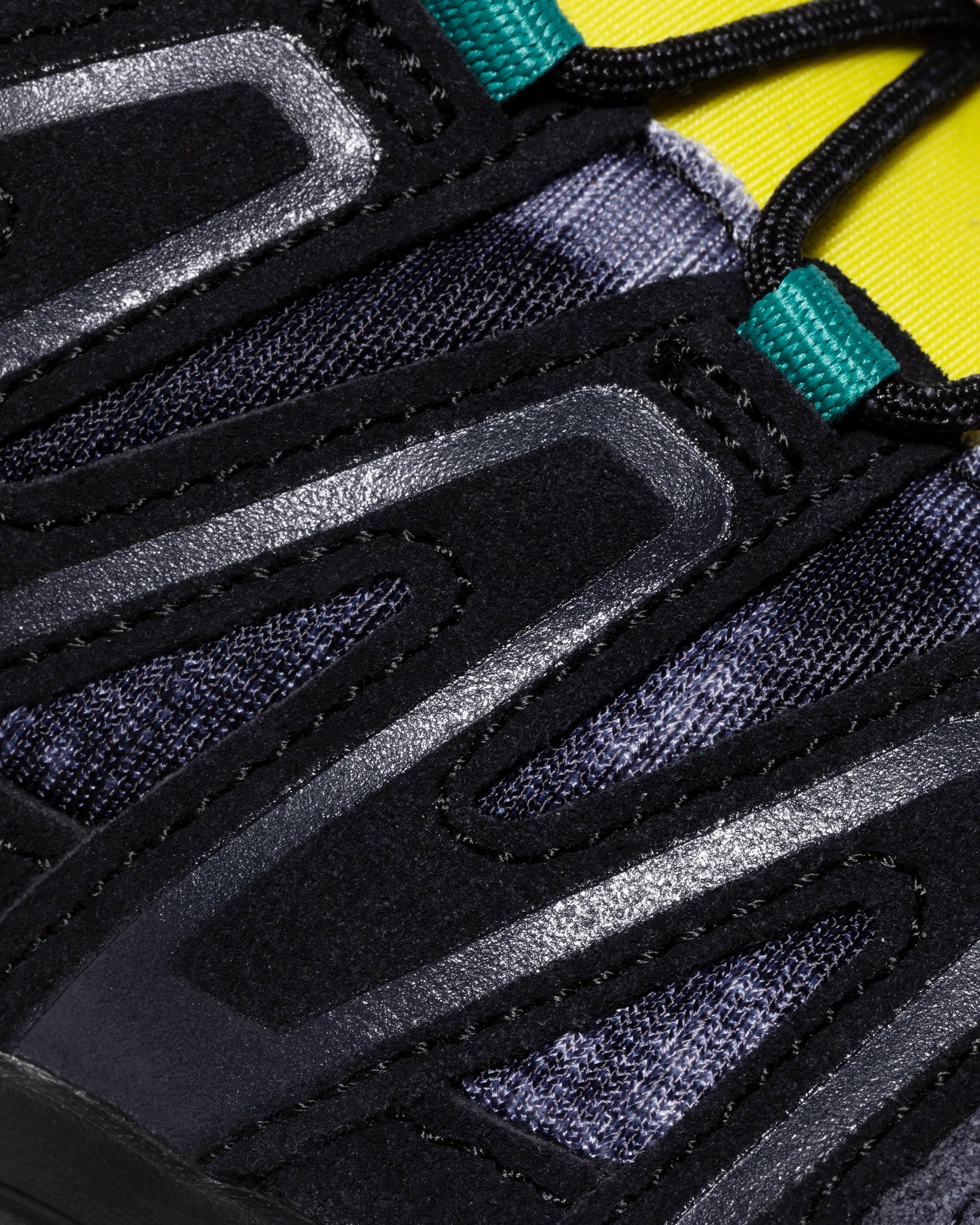 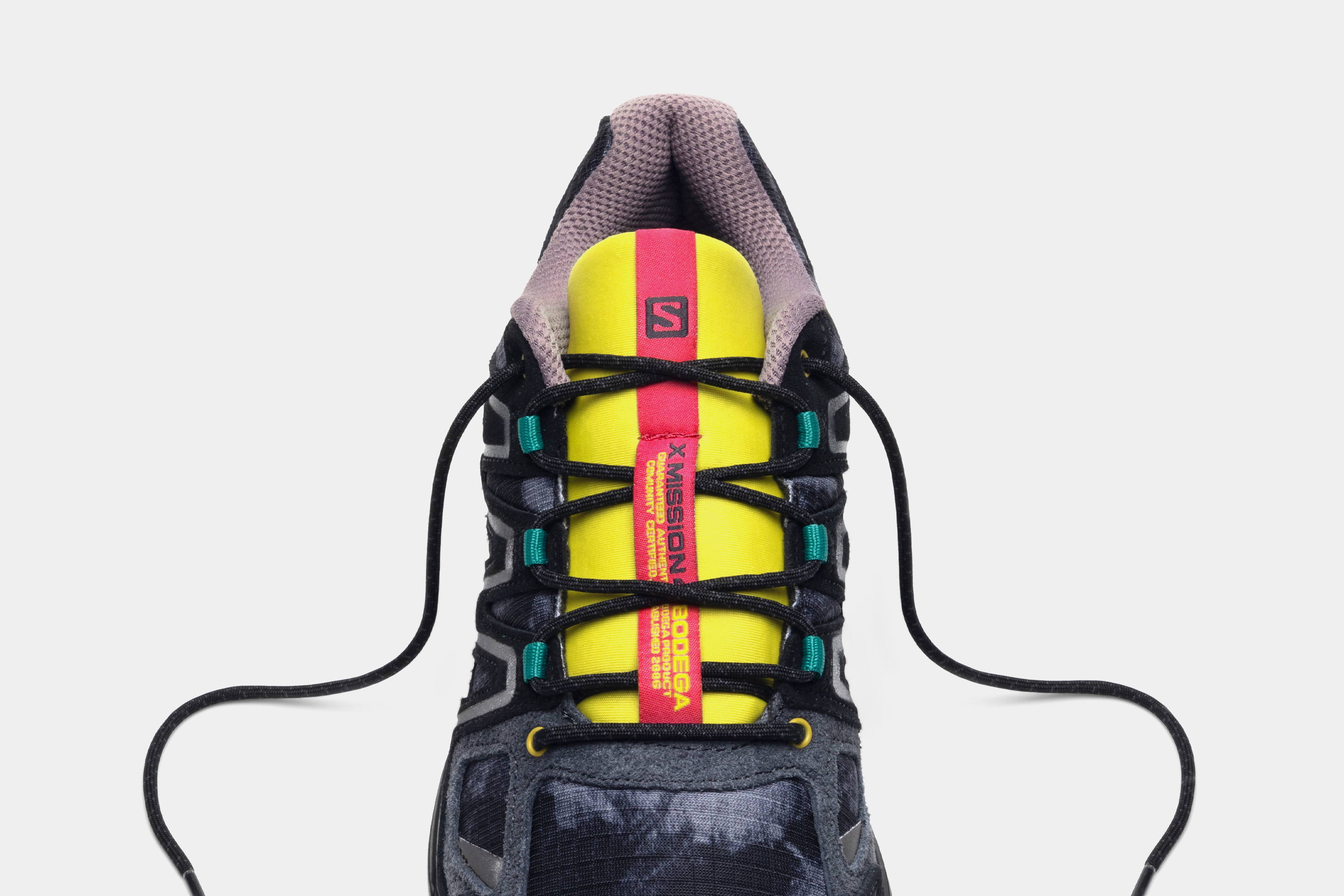 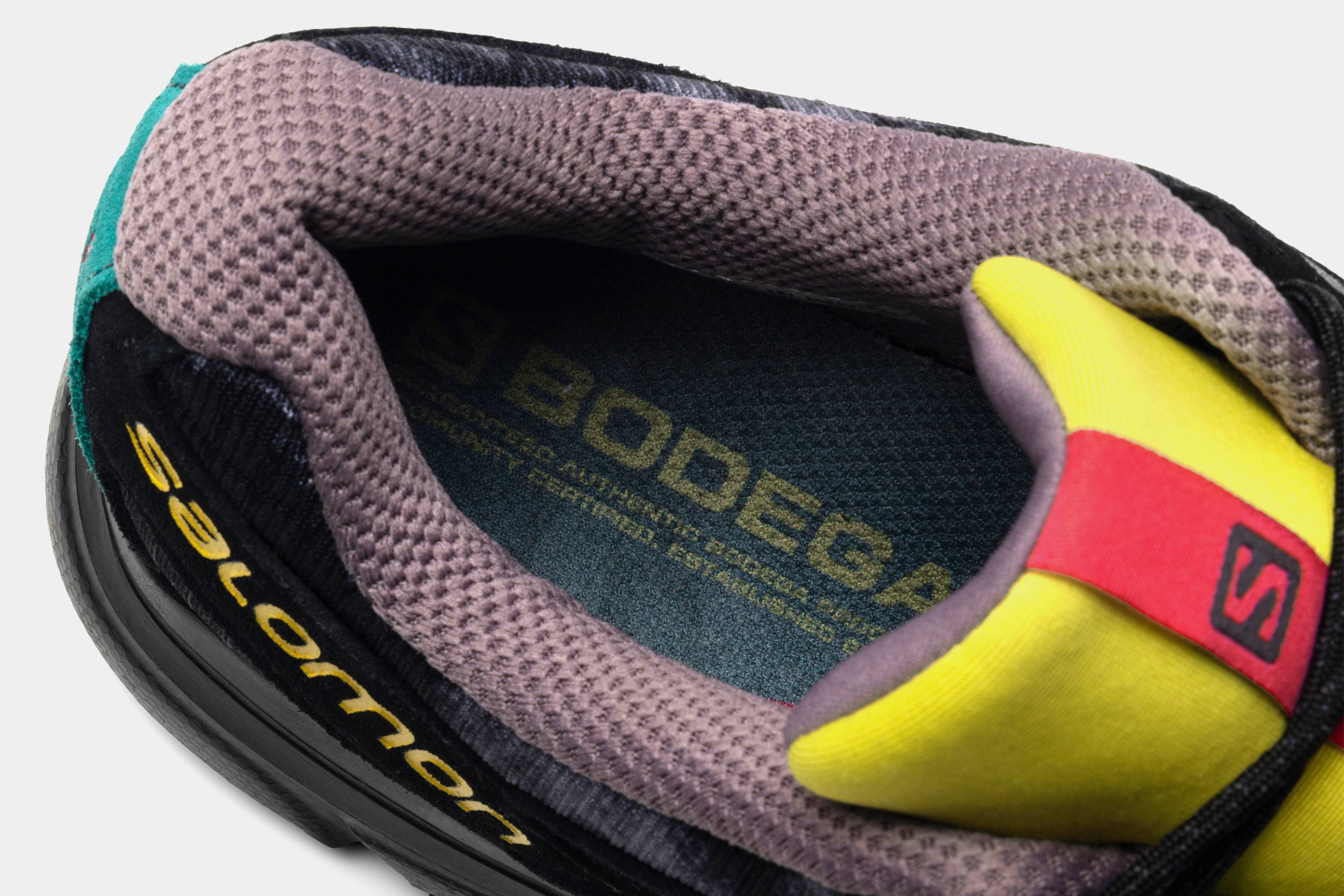 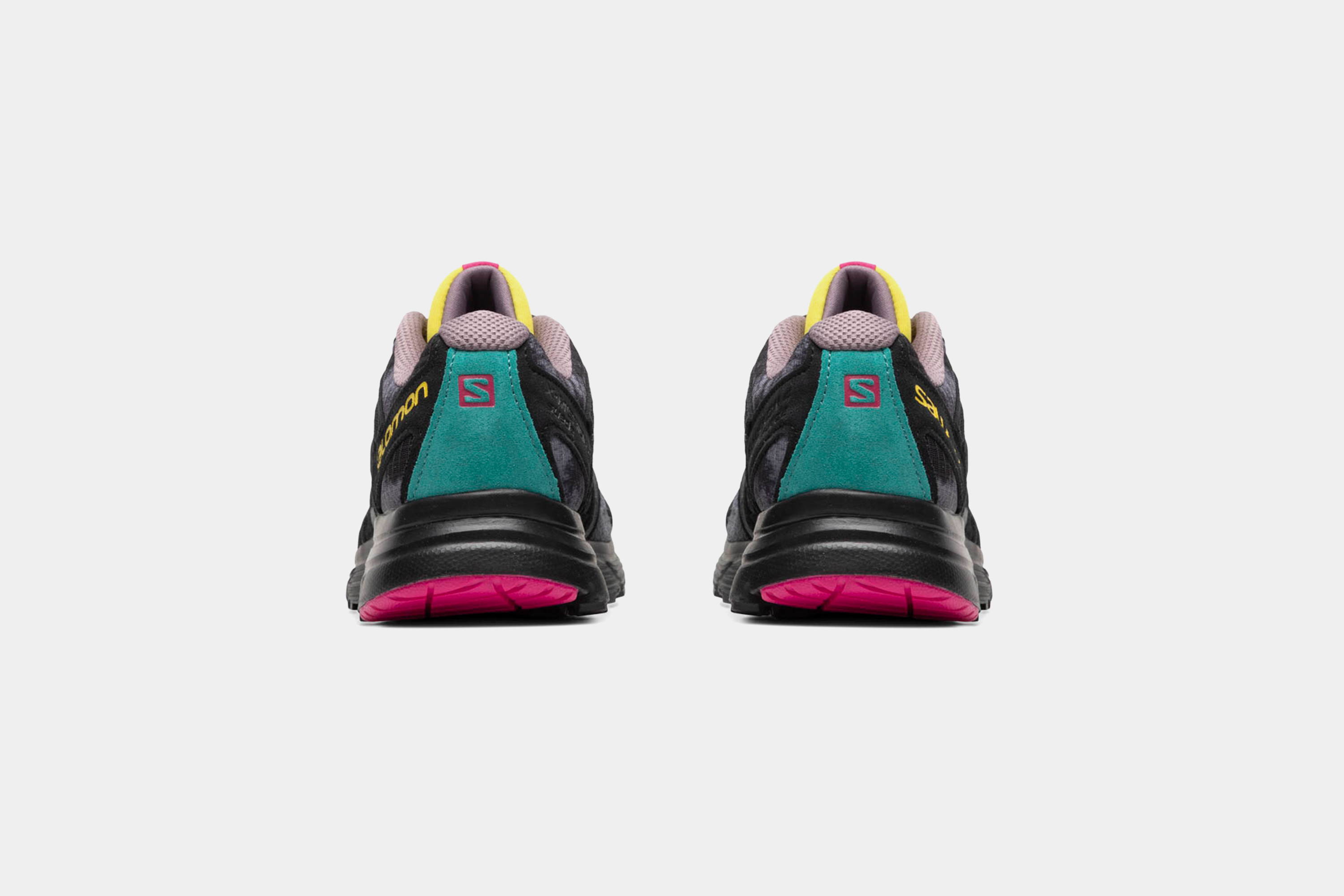 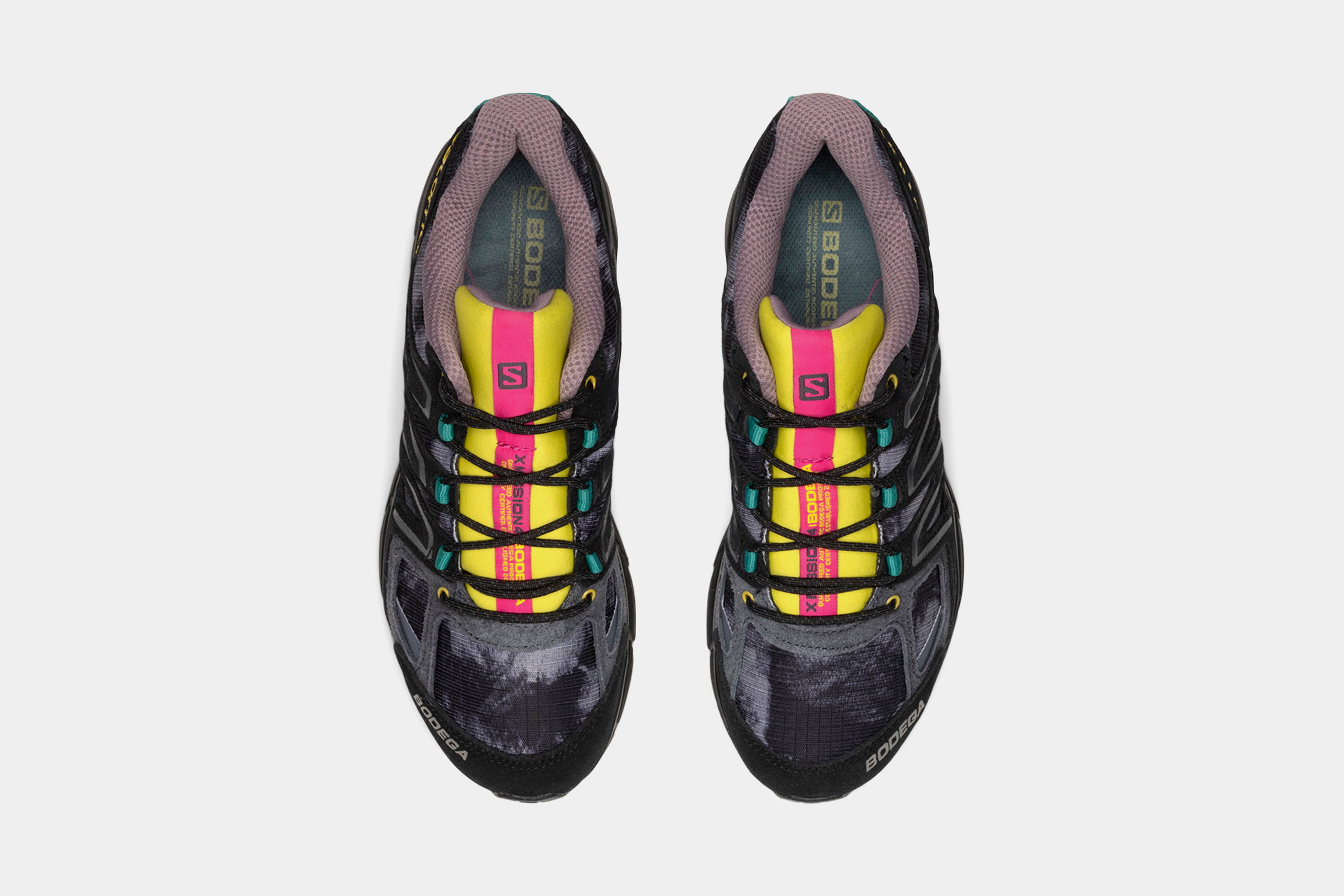 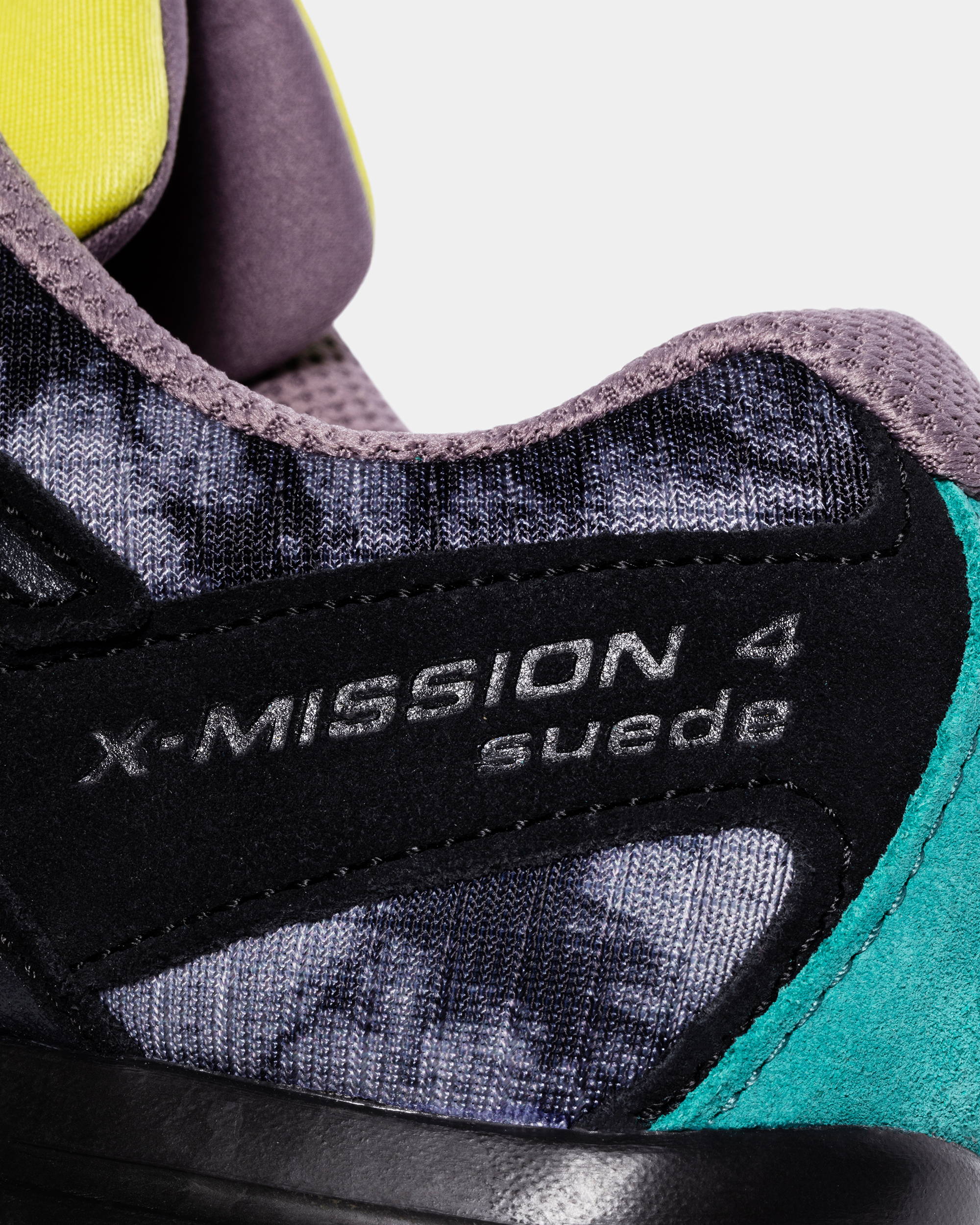 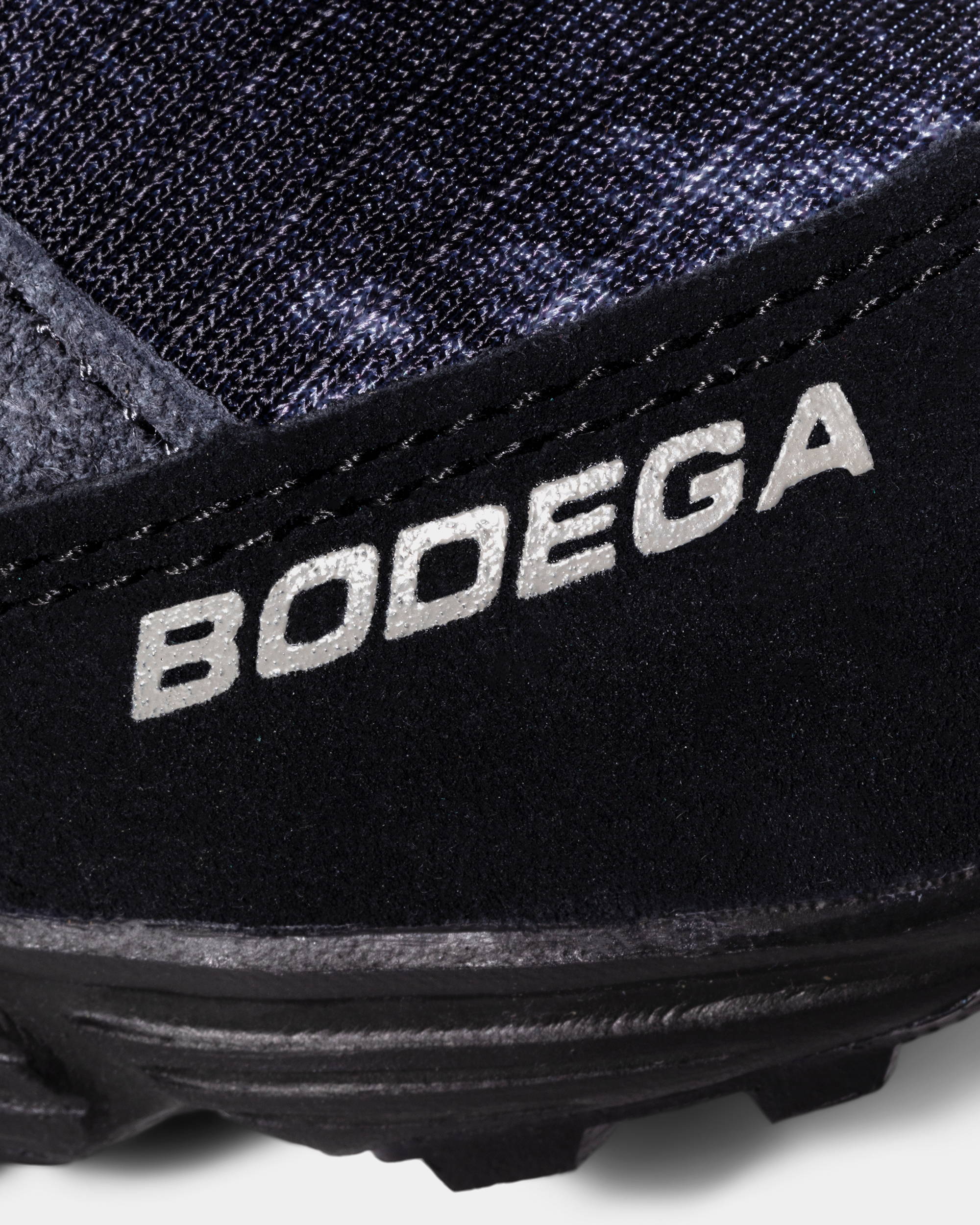 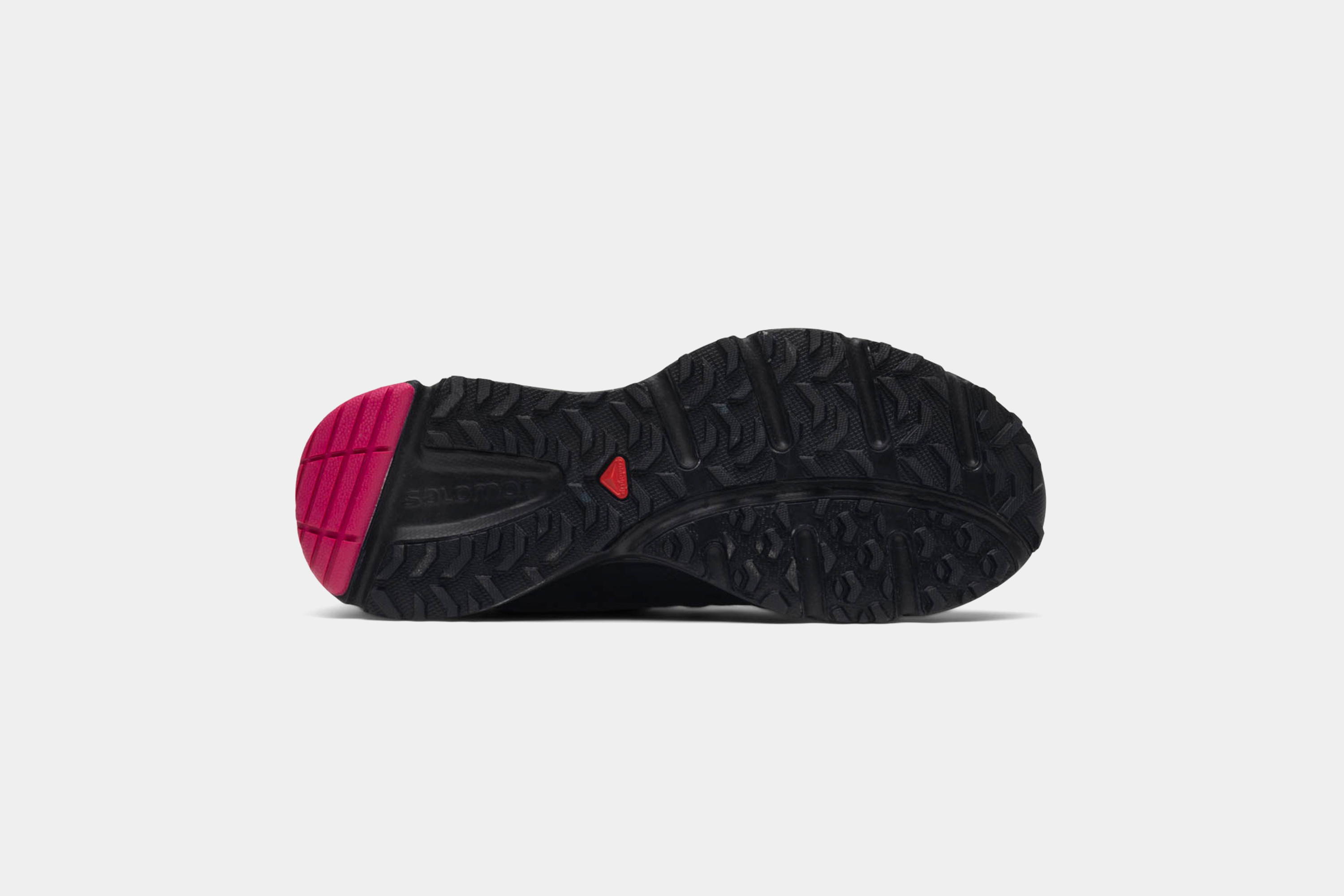 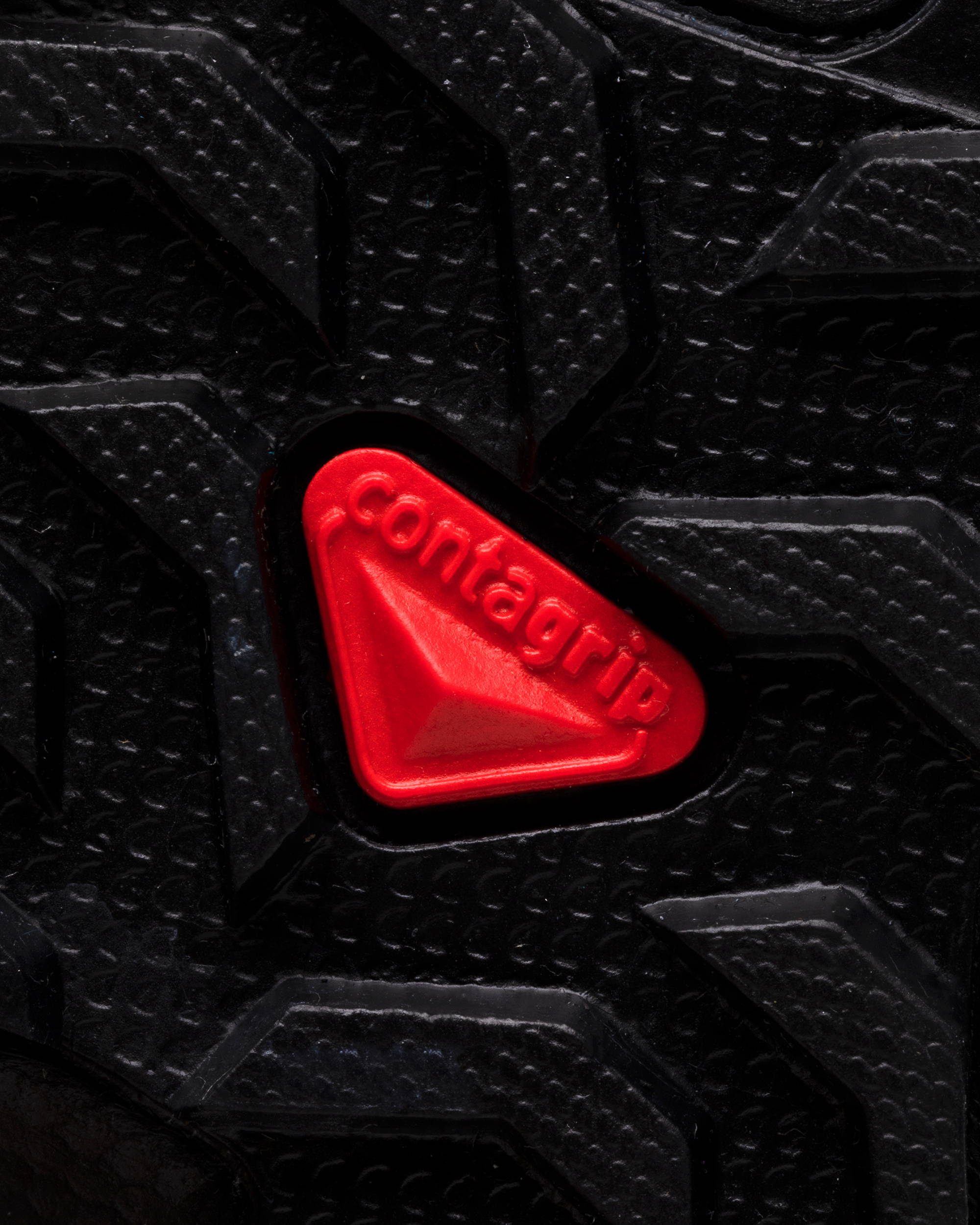 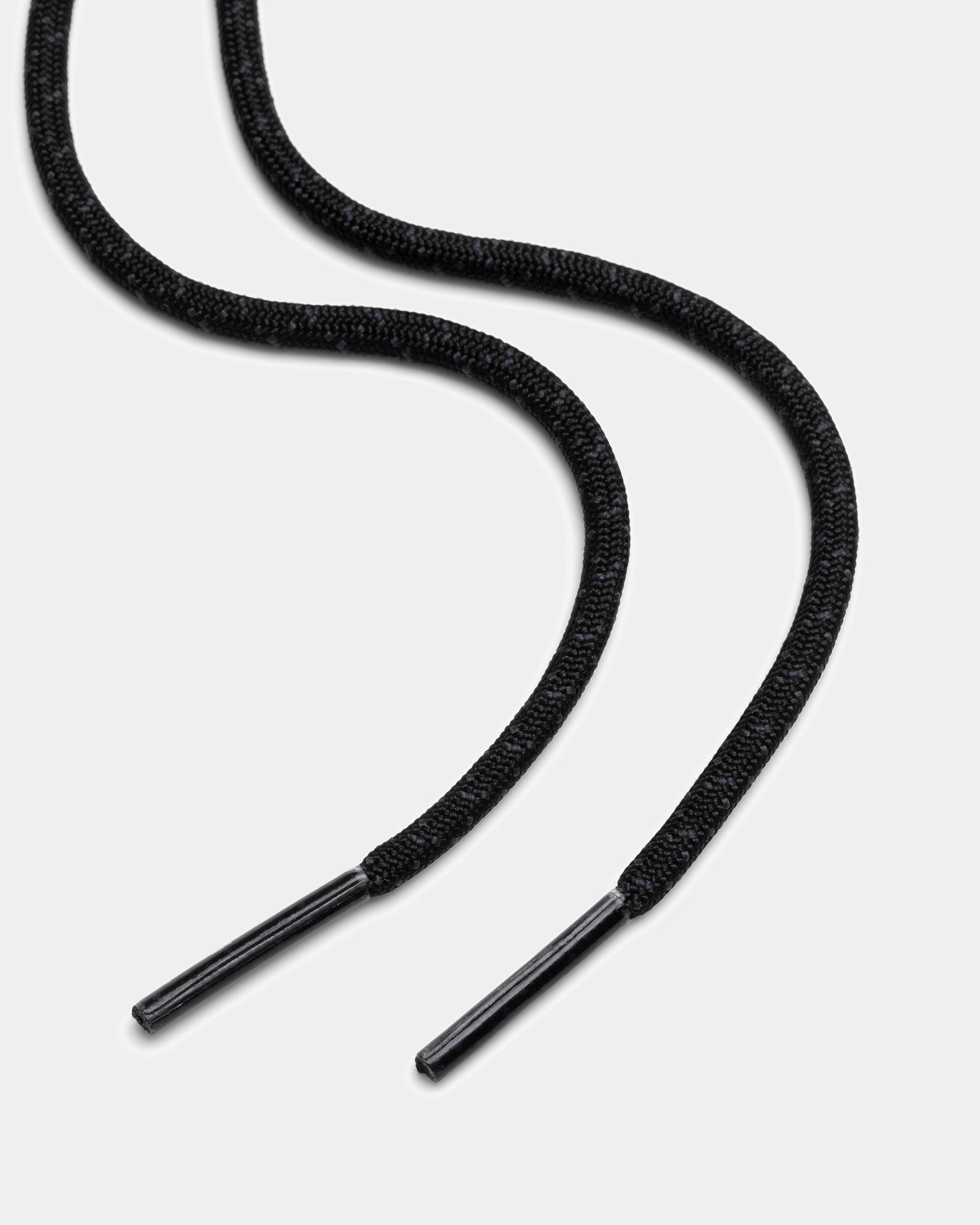