1984: it was the year of The Karate Kid, Ghostbusters and Sixteen Candles. Prince released Purple Rain, John and Yoko released Milk and Honey while The Fat Boys, The Smiths, Red Hot Chili Peppers and RUN DMC all released self-titled debuts. MTV hosted their first Video Music Awards. Crack and HIV were discovered. Scarlett Johansson was born and Marvin Gaye was shot and killed. The Celtics were champs, so were the Raiders. The Discman was introduced along with the 3.5inch floppy disc and Cinnamon Toast Crunch. Nineteen Eighty Four was also the year of the adidas Forum.

The first silhouette from the Three Stripes to break the $100 price point, the shoe echoed the sporty elegance of the already iconic Top Ten, with the notable inclusion of the “criss-cross” system, a leather ankle strap for stability. Stability was a key selling point for the Forum, which was touted as the first basketball shoe to feature the “Dellinger Web.” Created by Bill Dellinger, the Oregon Track and Field coach who replaced Nike founder Bill Bowerman, Dellinger’s Web is a nylon netting system that softens shockwaves by dispersing them throughout the shoe.

While the Forum’s upgrades undeniably came with the athlete in mind, the style also brought with it a significant amount of street cred, due in part by the hip hop royalty that wore them (CL Smooth famously rocked a pair on the cover of “They Reminisce Over You”). It was this universal appeal both on and off the court, that like so many other adidas before, made the silhouette a true classic.

Almost four decades later, Bodega pays this tribute to this iconic style by maintaining the retro grandeur of the OG while adding luxury upgrades and unique markings that give the special edition a personalized, one of a kind touch. 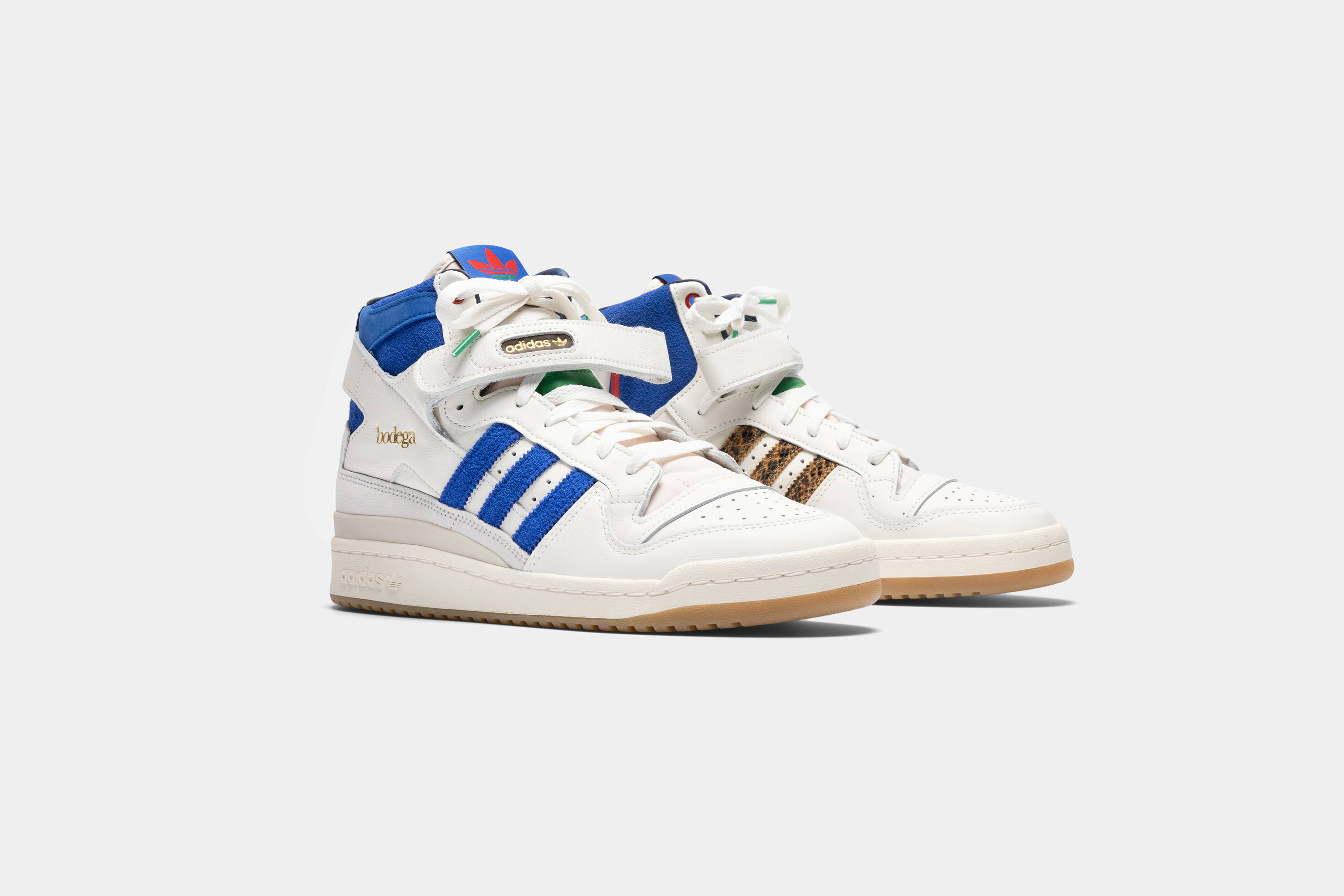 Beginning with that classic OG colorway that made the Forum a formidable force to be reckoned with, the premium white leather upper remains while the addition of a hairy blue suede on the ankle collar adds a textural accent up top. That same suede upgrade is revisited on the outer Three Stripes of the shoe, while “bodega” branding in gold foil adds another stylistic detour. Ultimately it’s what’s inside that counts, and turning to the medial view, we see the inner Three Stripes redone in snakeskin, with Dellinger’s Web appearing in a complementary color. The gold foil reappears on the inner heel with the individual numbering of each pair. With a limited production of 333 pairs, each shoe is meant to be one of a kind, just like those receiving them.

The adidas x Bodega Forum will not be sold in stores, rather given away to those who make (and have made) the city of Boston great. Old heroes and veterans of the scene together with the new generation of creatives and those of the future were chosen as recipients.

With that message reinforced by the red insole and Bodega’s recurring rose symbol, the words “it says so much” shows, not only our gratitude to the recipient, but also looks toward the unique relationship of adidas and Boston over the decades. While the rose logo has long been a Bodega staple in design, given the social climate of the present day, the symbol takes on new meaning by conjuring up the age old wisdom of “giving people their flowers while they can still smell them,” an allusion to appreciating people while they’re still present. Finishing off the shoe is the adidas tongue tag in which the iconic trefoil mimicking a rose with red up top and green on the bottom.

This is for you Boston. Here are your roses. 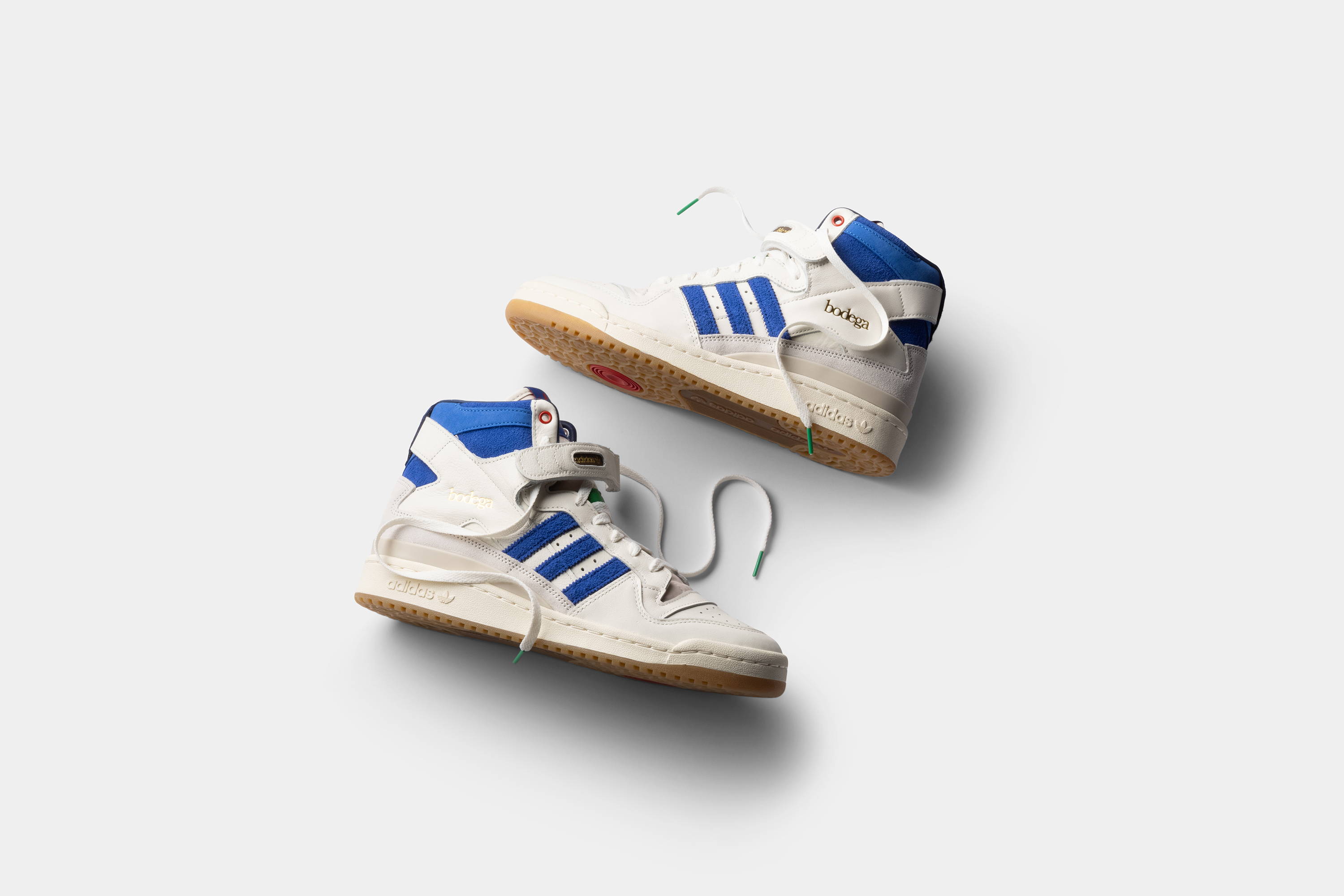 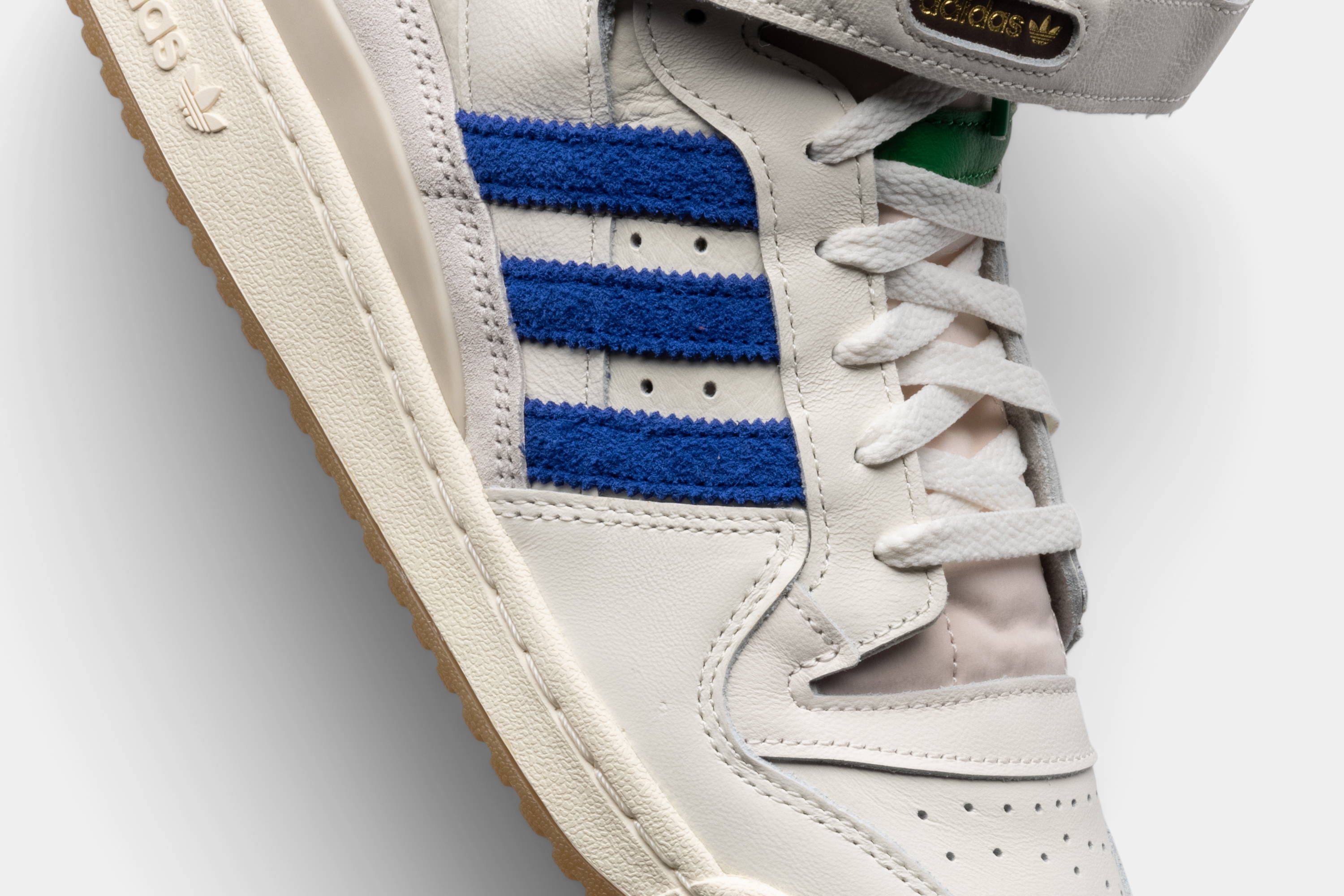 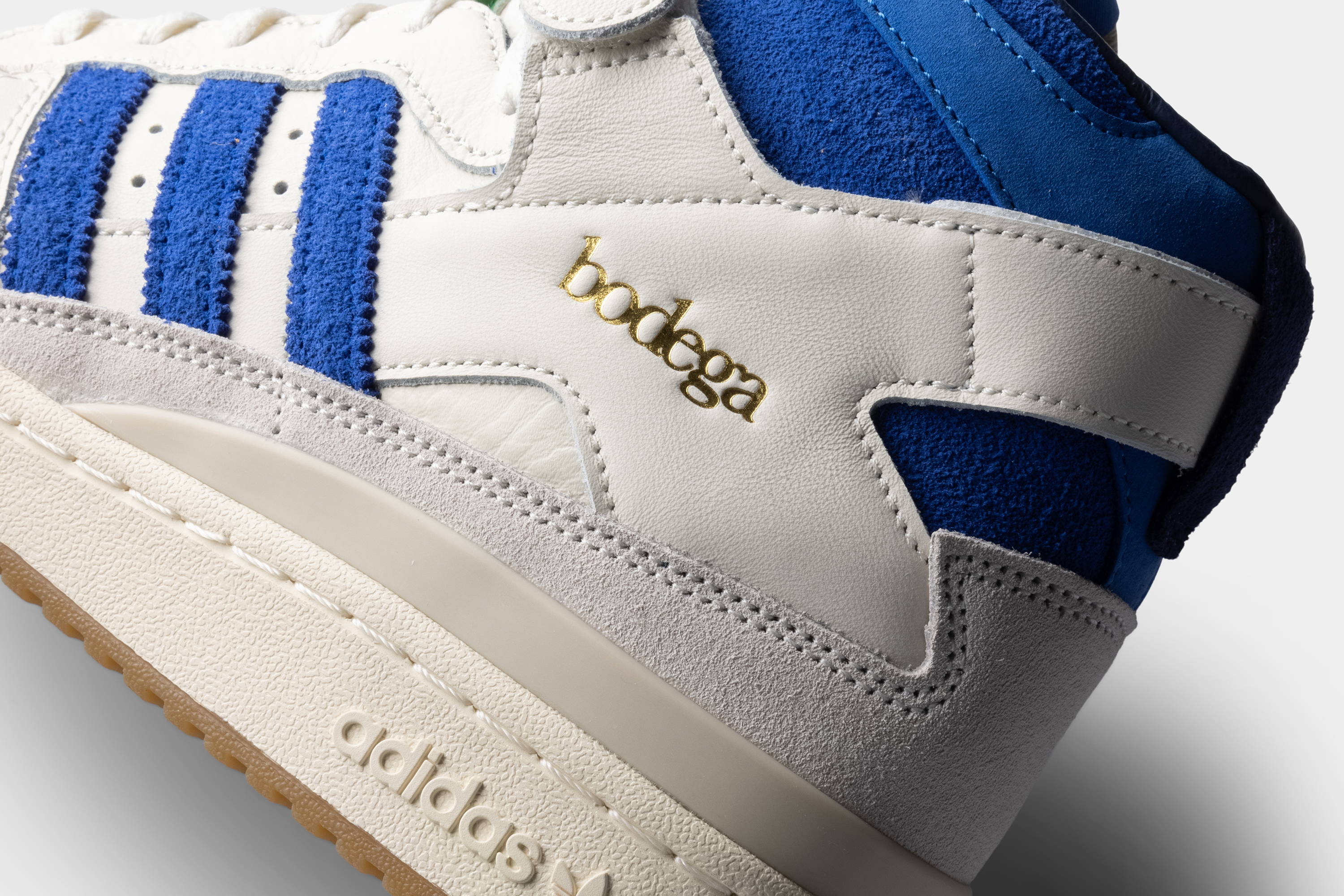 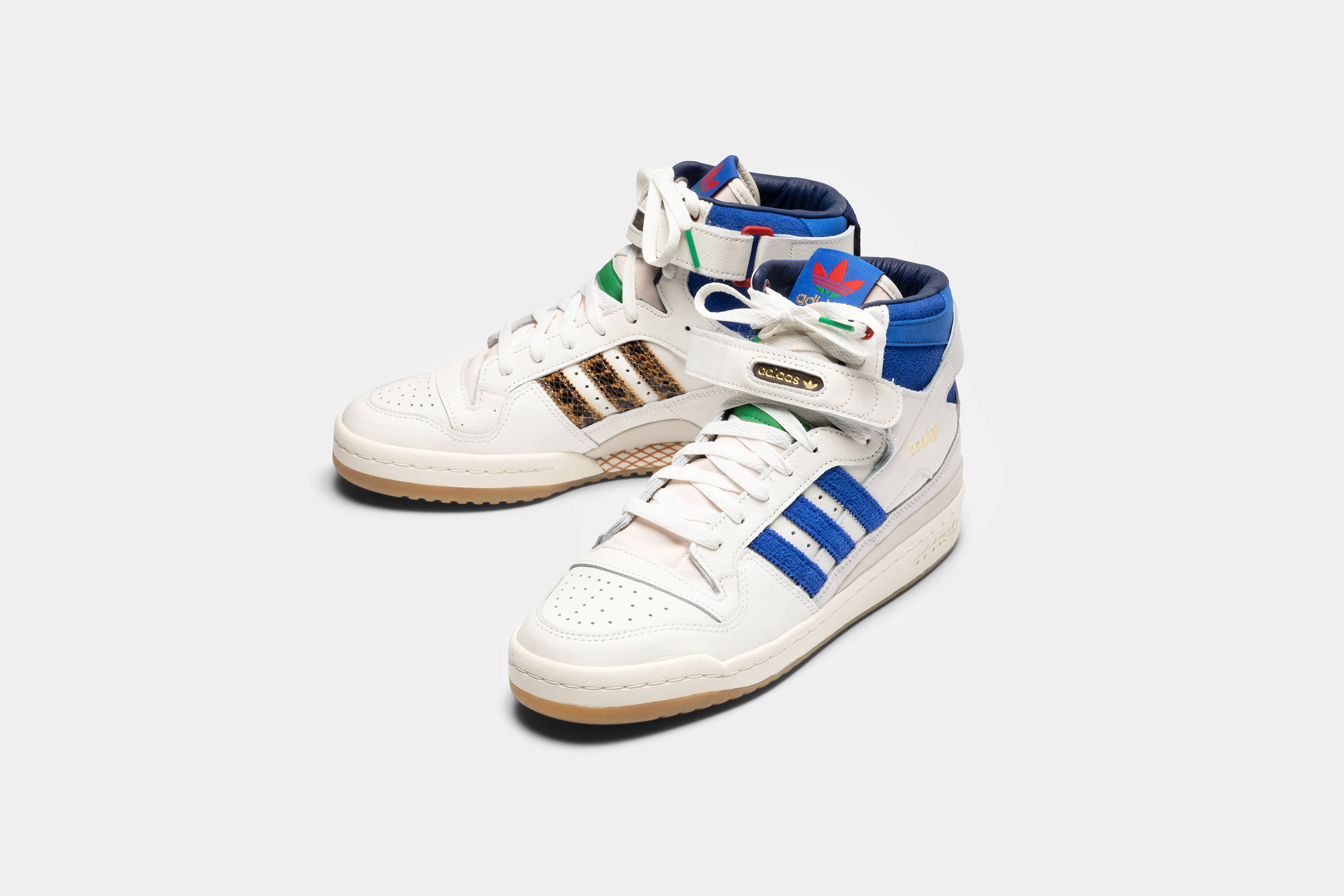 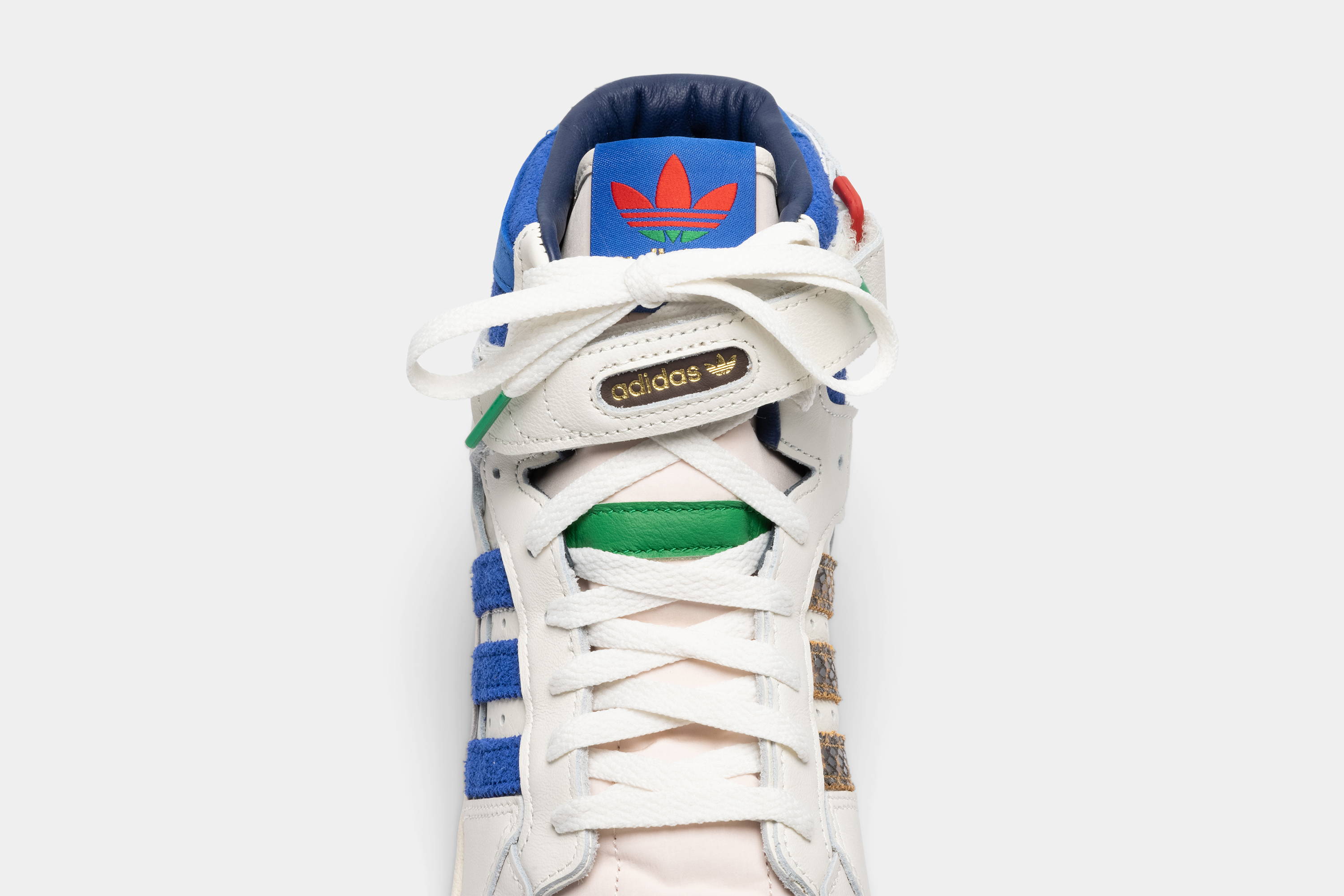 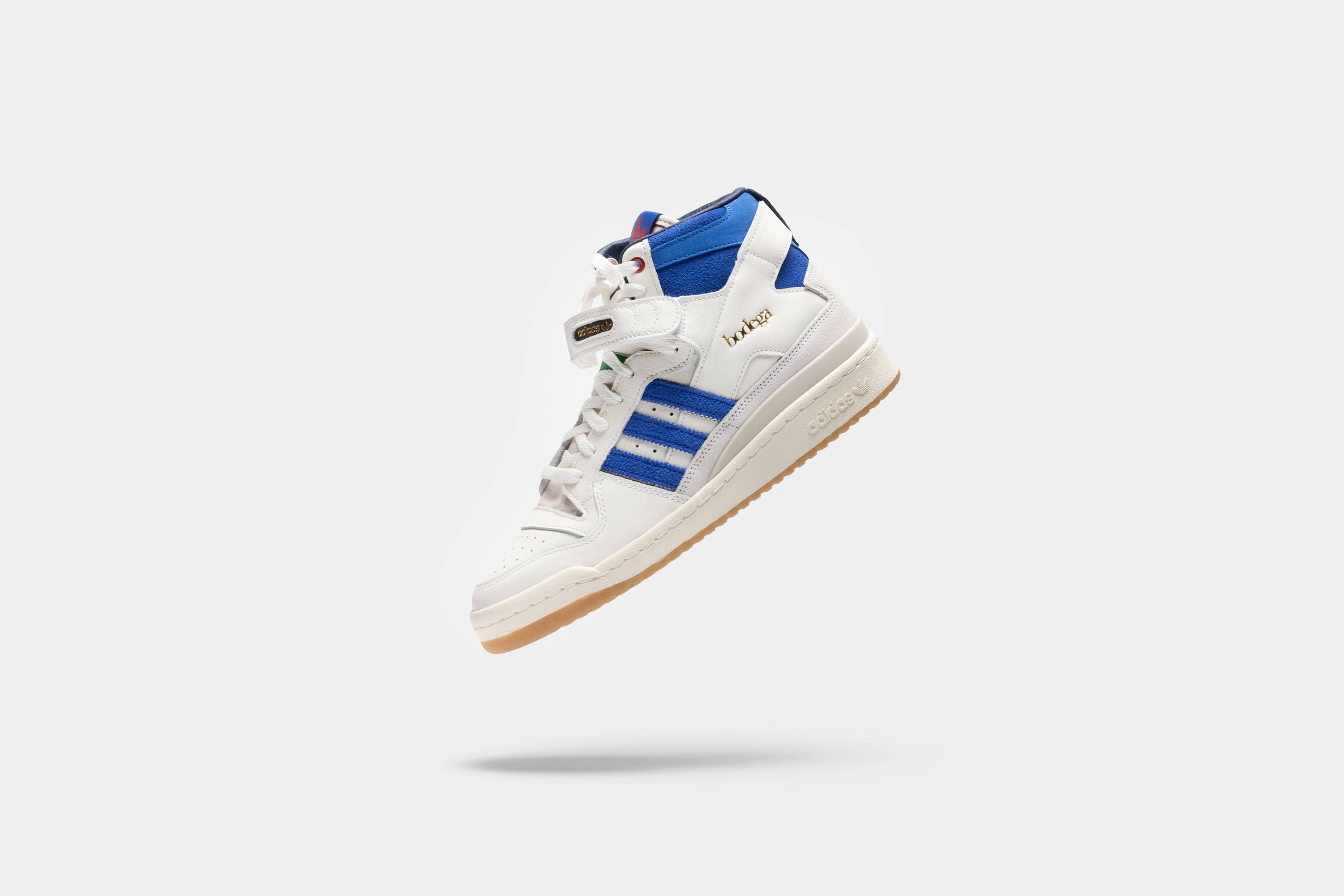 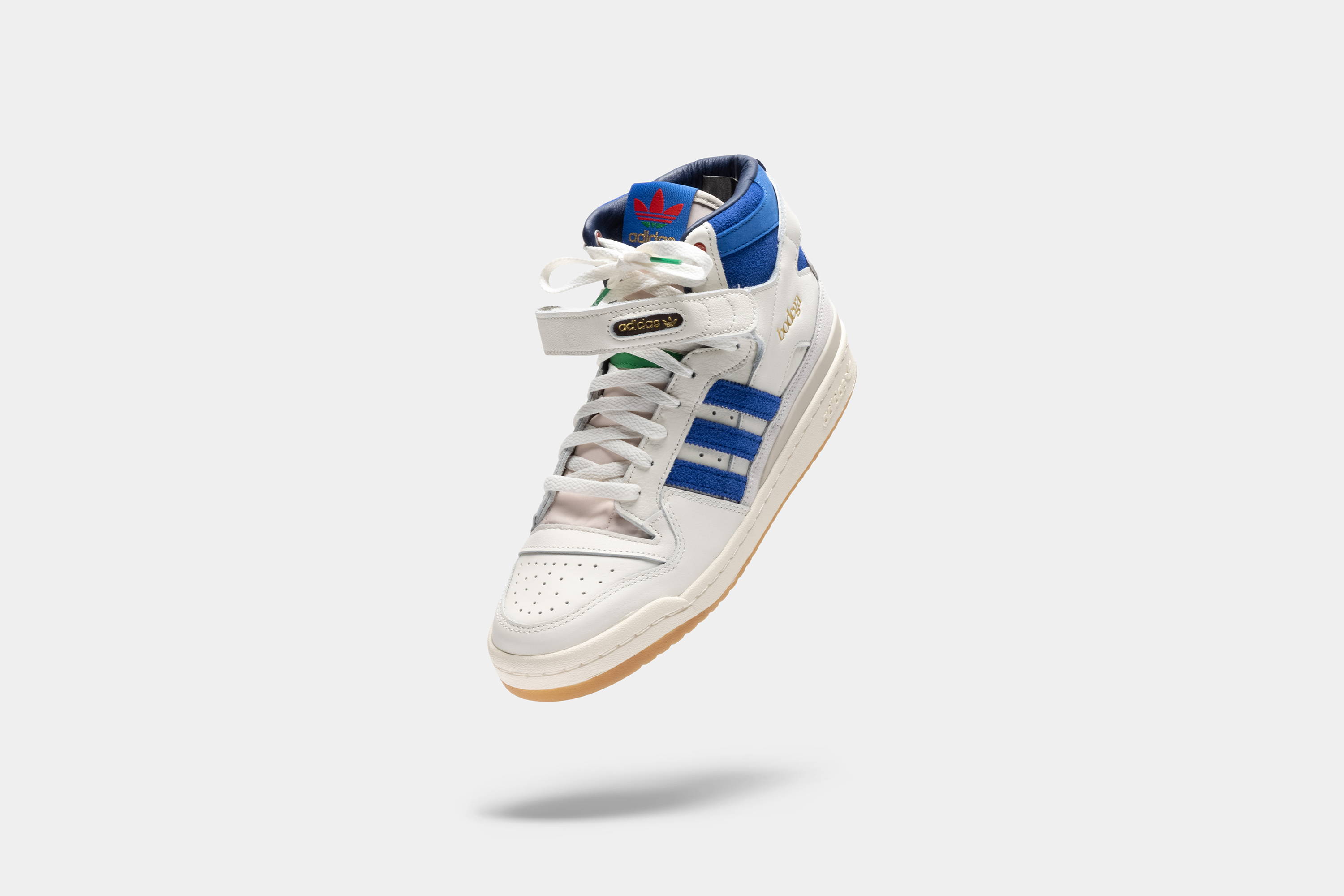 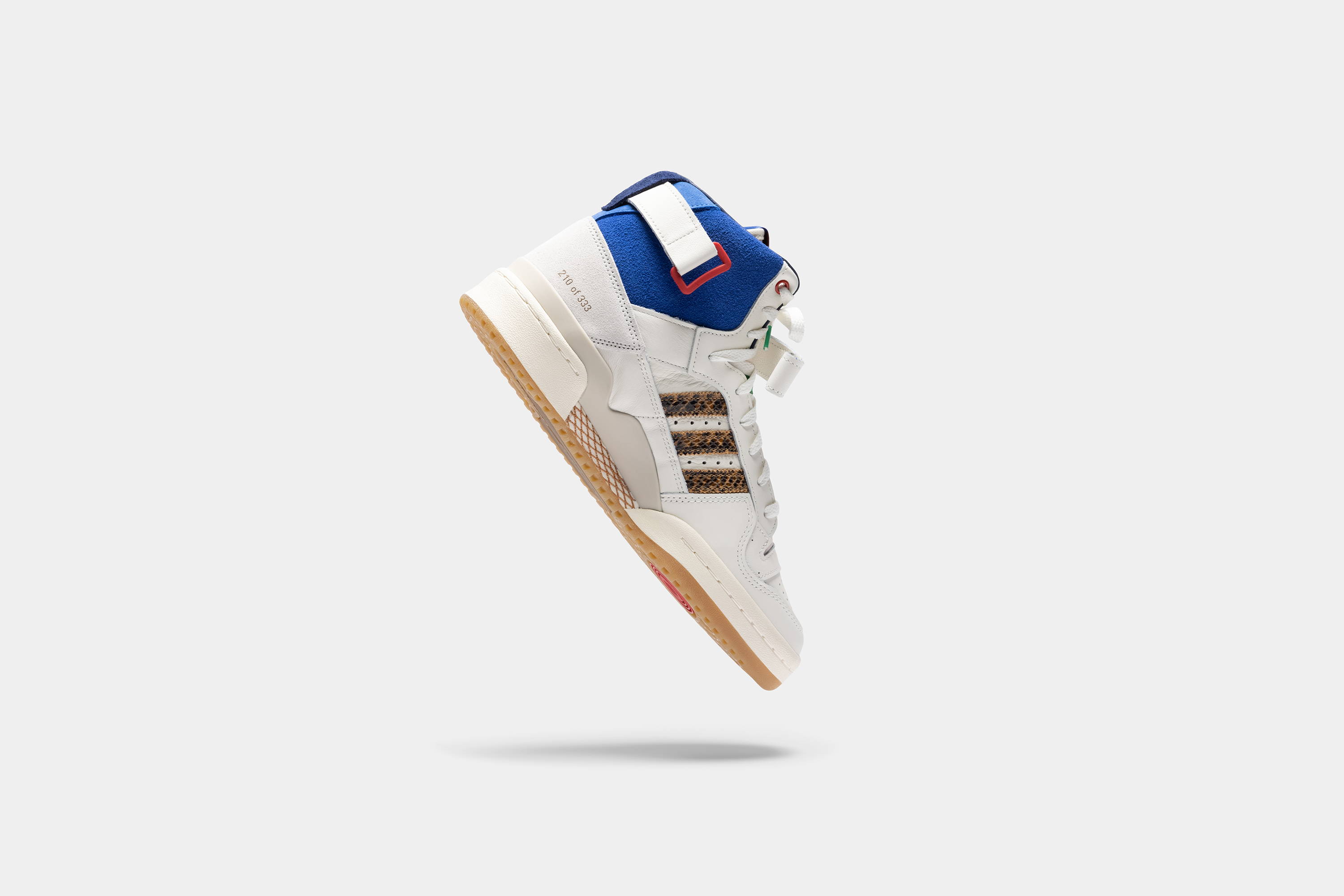 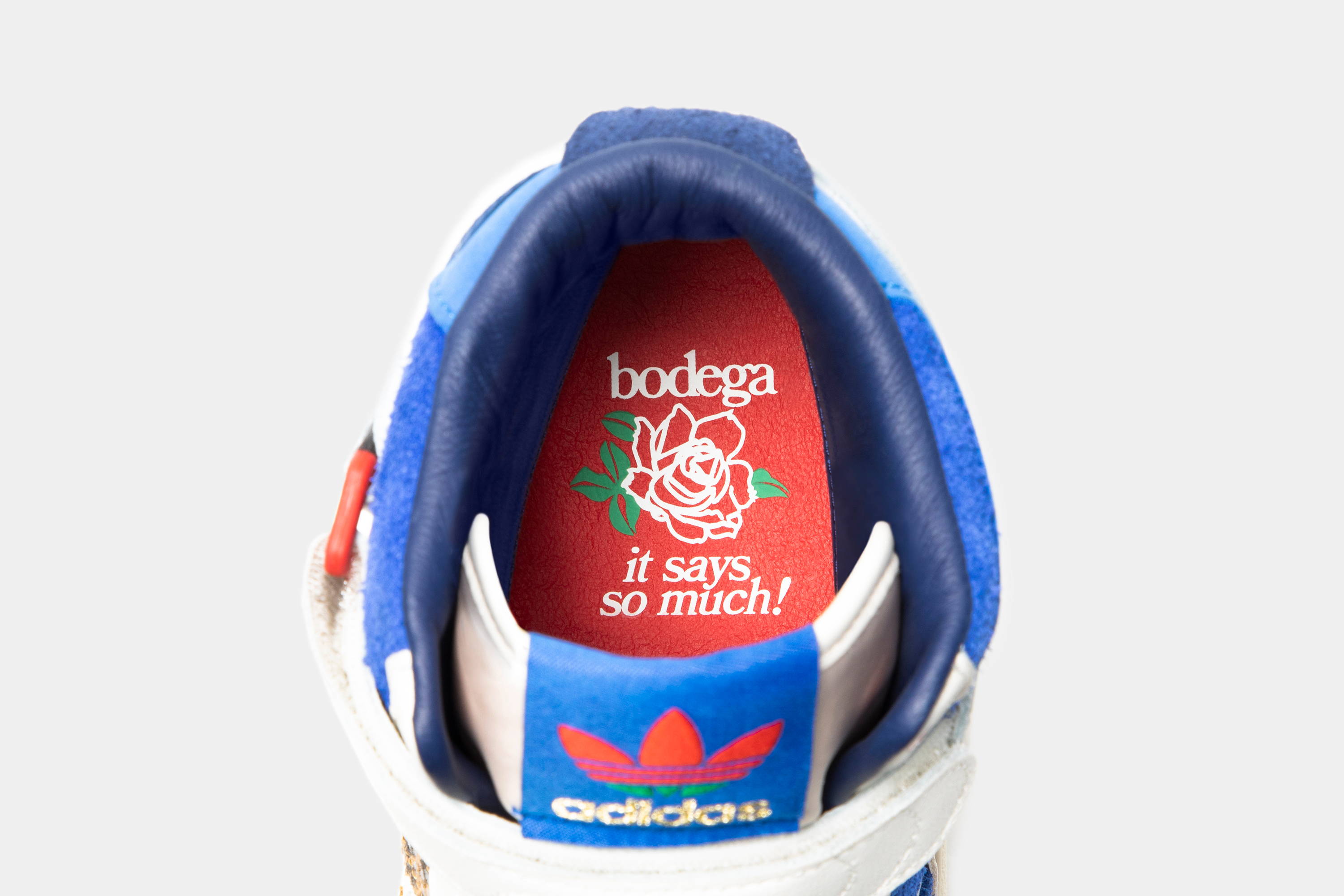 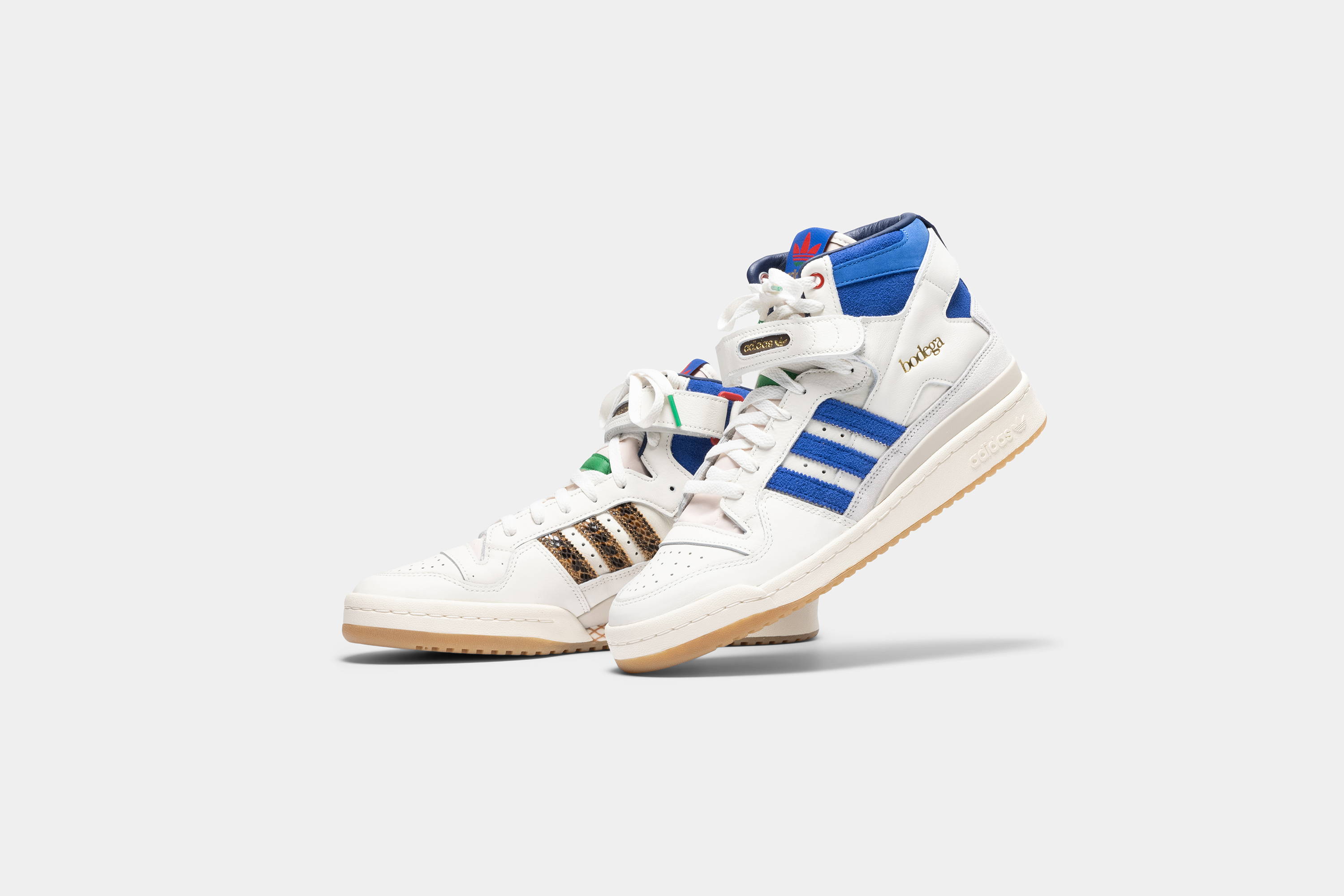