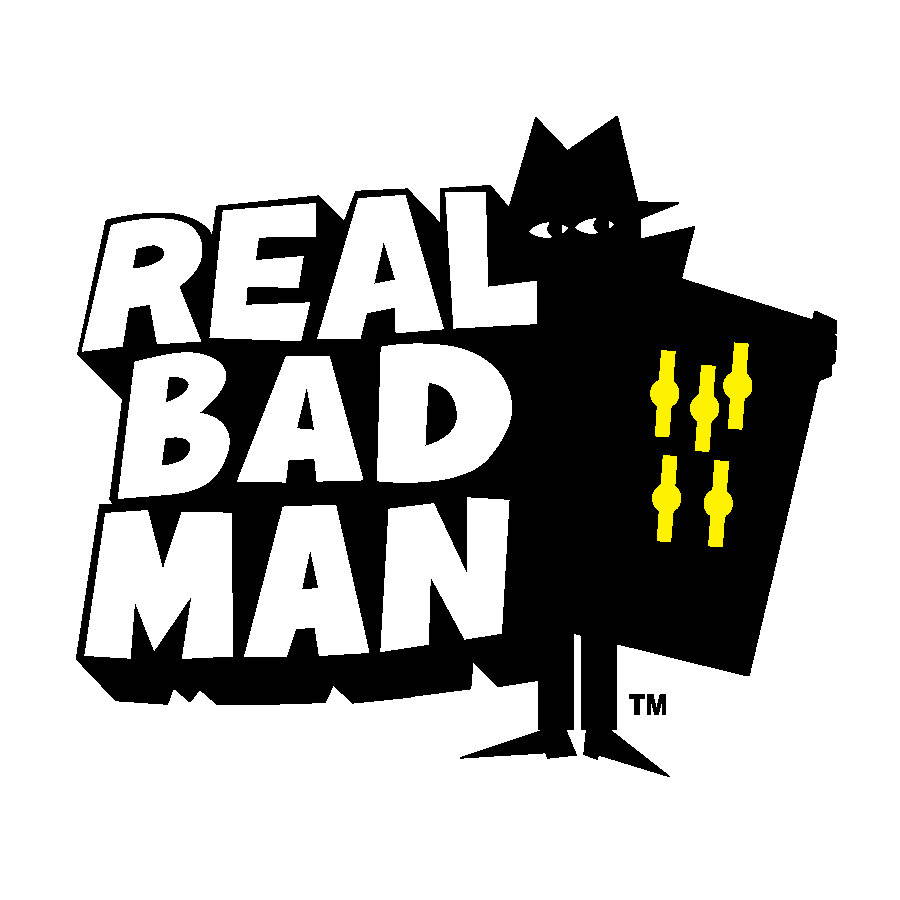 This week's Pirate Radio episode welcomes the founder of @Real_Bad_Man, Adam Weissman. Besides being one of the most exciting clothing labels in recent years, RBM has recently expanded their sphere of influence to include its own record imprint. Distributed by Italy’s premiere hip-hop purveyors, Tuff Kong, Real Bad Man releases feature an all-star cast of MCs including Boldy James, Willie the Kid, Flee Lord, Eto, Elcamino, Blu, Lojii, Inspectah Deck, Plug One, Masta Ace, Kool Keith, AG, Sadat X, Maxo and Pink Siifu, with the beats produced by Adam himself. Expect to hear some rare and unreleased cuts from the label together with some hip-hop classics tonight starting at 8pm on Bodega IG Live.

From their early days making bootleg merch for bands that didn’t have any, to their own legitimized label that samples, remixes and juxtaposes their primal passions onto fashionable, esoteric apparel, Real Bad Man is a label steeped in California cool and immediately reminiscent of streetwear’s origins and historic heyday. Founded by Adam Weissman (art director for Stussy, Union and Undefeated) together with artist Noah Butkis, music has always been the brand’s inherent inspirational backbone. Besides the evidence in their own offerings, RBM has produced official merchfor the Alchemist and Sleater-Kinney, and their seasonal 7-inches that once celebrated the release of their collections has quickly grown into an official record imprint distributed by Italy’s premiere hip-hop purveyors, Tuff Kong. With 5 EPs expected this year, the compilations feature an all star cast of MCs including Boldy James, Willie the Kid, Flee Lord, Eto, Elcamino, Blu, Lojii, Inspectah Deck, Plug One, Masta Ace, Kool Keith, AG, Sadat X, Maxo and Pink Siifu, withbeats largely produced by Adam himself. With the clothing labels and record imprint growing side-by-side, Real Bad Man has become a multi-faceted name to know. Look for that intriguingly mischievous cartoon character logo, and you know you’ve found what you’re looking for. Ladies and gentlemen, Mr. Adam Weisman...

Music has become a major part of the RBM identity. How did this come about?
I thought I was kind of done with music. I didn’t want to make music and put records out; I just wanted to make music for myself. Then we started doing records with each season and did a 7-inch stamped record where the music tied into the season. The first season was all Krautrock, so we went and gave certain artists songs to sample that were iconic songs from the genre that we were referencing in the clothing so it would all connect. It was really well received, so the second season came and it was all drug references. So we sampled songs that had to do with drugs—whether it was musicians who made these songs on drugs or if it was known as a stoner-y album. The first season we worked with producers who rapped, so it was easy to get them to do it. Then the second season we hit up certain rappers, but they didn’t produce. So it was like “who's making the beats?” So I said “ok, I guess I will.” So I started making rap beats again. So on Season Two there are three songs and I produced two of them. On Season Three there are two songs and I did both of those songs. So it became this thing. The samples were so specific and the themes were so specific that I didn’t want to take the chance of getting something back I didn’t like. It’s not like graphic design where when you don’t like something you’re like “make itblue and change the face.” Making all the tracks myself was something I wanted to do and it was a bit of a challenge and fun to have a theme.Then last summer i was in Japan for six weeks and we did quite a bit of traveling on trains, so half the day, no one in LA is hitting me up because they’re all asleep. So I’d make beats while I was on the train and I would go on Instagram and find rappers that I like who are new and I would hit them up and tell them we were planning something for next year. So I was forced to make beats very quickly and tailor them to these rappers. I’m not used to working on them that fast, but by the end of the trip, I had a good chunk of songs that were recorded for things that are going to come out this year. Now there are 25-30 songs that are finished so we are going to start putting out records.

So what can we expect as far as releases?
There’s a label called Tuff Kong out of Italy and we’re partnering with them to do the whole series. It’s going to be 5 songs each, 5 albums, and then there’s going to be a separate album with Boldly James. It’s going to be a Real Bad Man/Boldly James album. And that’s pretty much done. We just released the 2nd edition last week, on vinyl and digital. The third one should come out in July. Tuff Kong was going to sell it and we were going to have our own edition. The first 50 made came in a special color with a poster and special packaging. We were going to do a version for our site as well, but we haven’t launched them. They’re just sitting in the studio. We’re going to be doing a special edition for season 2 as well.

So, the clothing label with a seasonal sampler has turned into an official recording project?
It’s been really fun to merge all of the things I love under one name. When people see “produced by Real Bad Man” they’re going to know. That logo has to stand for something and it’s gonna stand for a brand that if you like the clothes that when you see that logo it’s gonna be dope. Or if you see that logo on a record, you know that it’s gonna be cool. It’s branding up. It’s branding clothing, but it’s also getting into this music space. I’ve only seen it go the other way, where rappers brand themselves and create a brand. Because we’re not trying to be rappers and it’s more behind the scenes and producing, I’m very interested in seeing how it will be received.

You’ve also released clothing for the Alchemist. Is that in any way related to this project?
I grew up with Al, and every couple of years we would reconnect. I was a fan of his music, so I always knew what he was up to because I could hear it. Then when we did Real Bad Man, I would send him some gear and he would always rock it. His studio is close to my house so we would shoot the shit. And everyone’s doing merch in the music world, and not everyone can do good merch, meaning the t-shirt blanks aren’t good. I think he had some bad experiences and didn’t like the quality. So, I told him we had the resources to make t-shirts and hats at a really high level, but the prices are gonna be our prices, because you’re going to make them at the same place we make ours. It’s kind of the same thing. He sends me the files, I’ll reinterpret them, sample them, lay ‘em out differently and they become shirts. I like what he does, he likes what we do. He helps me out with the music side too. Romeo and Noah and I all love music and I love to do merch for stuff that we really love. We did merch for Sleater Kenney. I know Carrie from Portlandia, but I don’t know their music as much as I should. I know they’re a respected OG girl punk band, but I couldn’t name a song. But they got in touch with us to do merch. We did weird stuff for them, and they liked it. I don’t know how well it sold on tour because one of the shirts we did, we made the shirt too, so it was a crazy tie-dye, and it was dumb expensive. If you buy it at Bodega or Dover Street Market, you know what you’re getting, but if you’re a fan from the 90s and there’s a tee at the concert for like $75, you’re like, “that’s crazy.’ But the band liked it, it looked good, we were really proud of it. It’s very interesting in one year to do merch for the Alchemist and Sleater Kinney. They’re both underground, respected bands. It’s an interesting juxtaposition. I think with a lot of the rappers we’ve been working with, we tell them if they need help with their merch to let us know. Even if it’s just designing stuff. I was a huge fan of Mo’Waxand the amount of time and energy that was put into the designs for 12” singles and cd singles, I just love thatpackaging. And I’m starting to see it in underground rap like Griselda. As an art director, there are things that I’m drawn to and things that I’m not. But if any of the people who helped us out need anything, we got them.