Victory Through Guts: The Women Who Redefined Wrestling and Womanhood in Japan

Victory Through Guts:
The Women Who Redefined Wrestling And Womanhood In Japan

There are some limitations inherent in trying to showcase something as vast as the history of all women in a limited period of 31 days. In trying to hit all the major bullet points, the fights for various rights and milestones, the celebratory aspect of the month can sometimes be shunted to the sidelines.

This Women’s History Month, we’ll be showcase a different kind of fighting, the literal kind, as we celebrate the legacy of the groundbreaking women of Joshi pro wrestling, who entered a world that had historically been a sideshow attraction, and took it to the highest peaks that the art form of professional wrestling has ever had to offer. 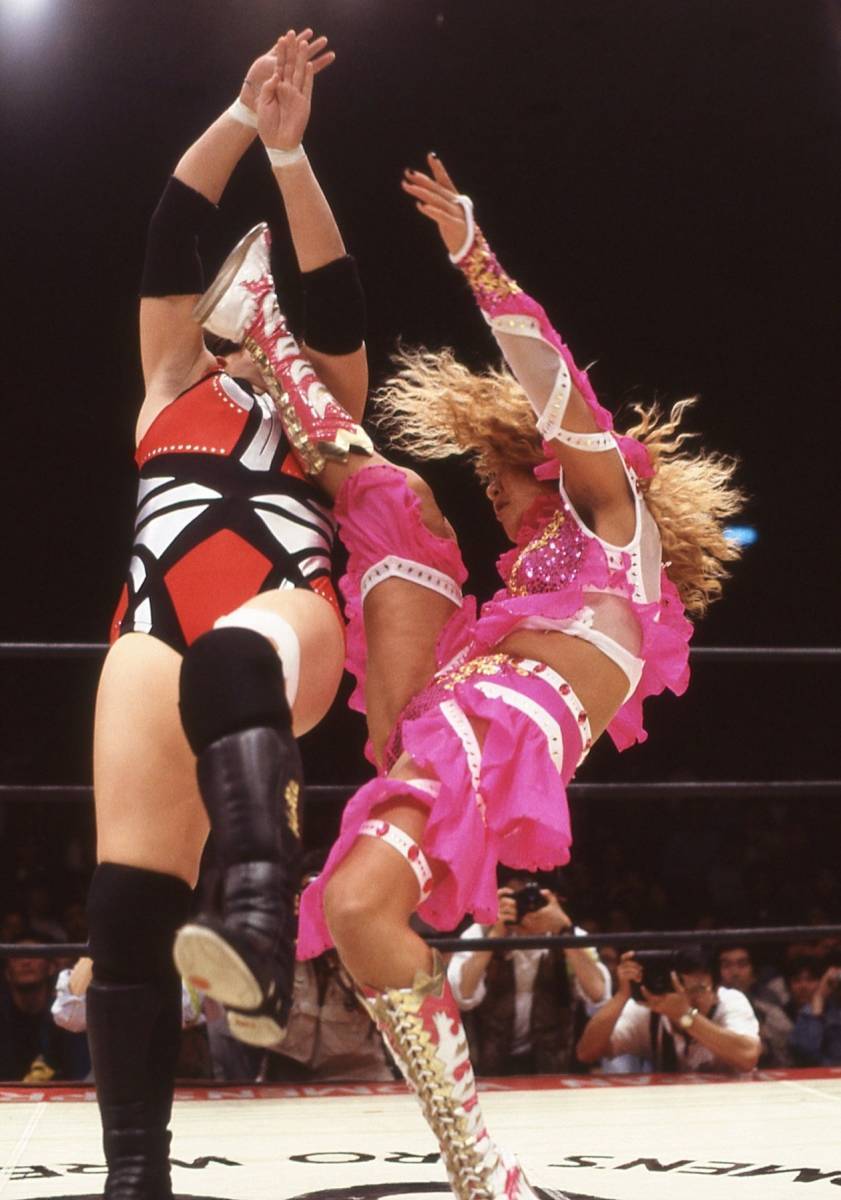 When it comes to audience engagement and overall popularity, most wrestling fans would agree that the so-called “Monday night wars” era, encompassing 1996 through 2001, represents the gold standard. The then-WWF and its chief competitor WCW dominated cable television ratings, and took an industry that was slowly dying in the United States to unheard of levels of mainstream popular culture recognition. But what if there was a wrestling promotion that was capable of bringing in weekly television ratings that exceeded Monday night wars era WWF and WCW combined?

In 2020, the notion would be considered laughable, but such a promotion really did exist. As is so very often the case in the world of wrestling, when you want the very best, you have to head for Japan. Because, the wrestling company that was bringing in those titanic ratings and selling out venues all over the country was All Japan Women’s Pro Wrestling [全日本女子プロレス, Zennihon Joshi Puroresu]. Better known as AJW among English speakers and as Zenjo in Japan. Over a period of time from the late 1970s through the mid 1990s, AJW achieved what many observers would classify as, no exaggeration, the highest quality work in the entire history of the professional wrestling industry. 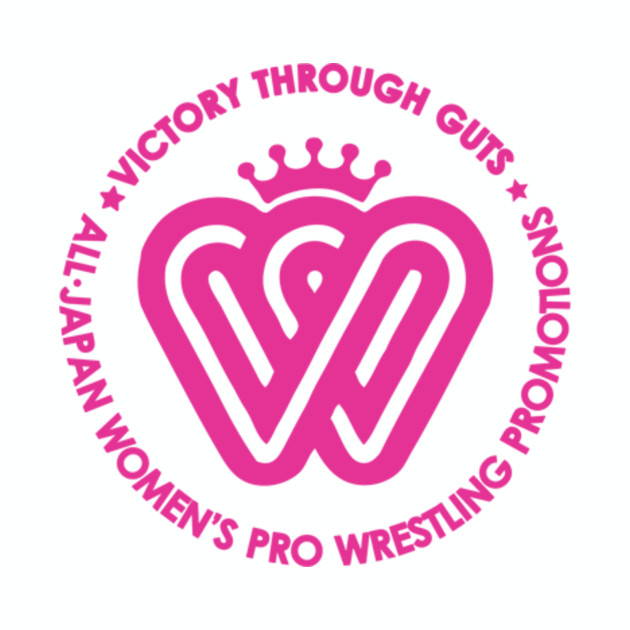 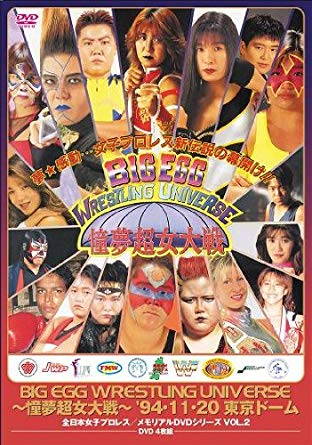 First, a bit of background on just what makes Japanese wrestling different. After World War II, the exploits of a former sumo student turned pro-wrestler, Rikidozan, were the first modern context in which the Japanese public could express any form of national pride. Rikidozan’s battles against legendary opponents like Lou Thez,  Ben Sharpe, Freddie Blassie and the Destroyer, among others, were more than just a sporting event; they were a cultural phenomenon. Viewing figures in the range of 70 million were not uncommon, and to this day, there are two Rikidozan matches in the top ten, highest rated Japanese television broadcasts of all time. Suffice to say, there is a deep and abiding respect for professional wrestling as an artform that has endured long after the business had been “exposed.” 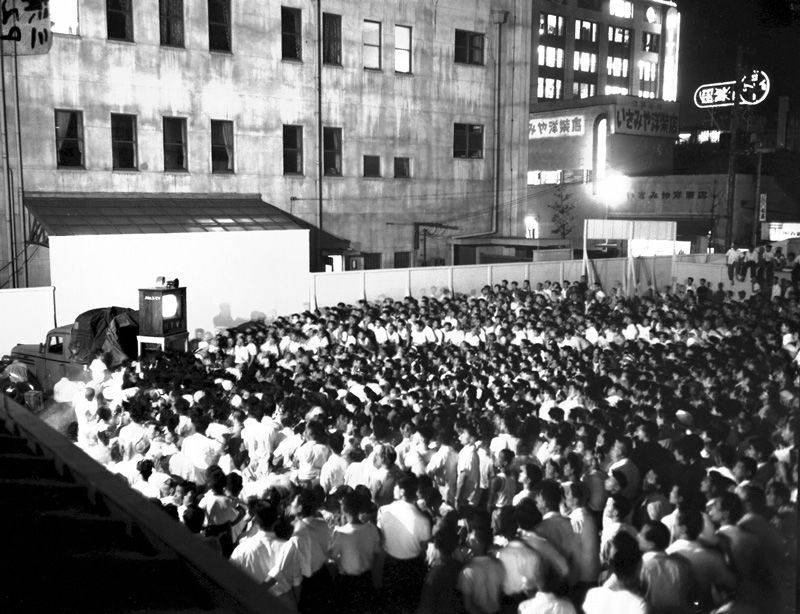 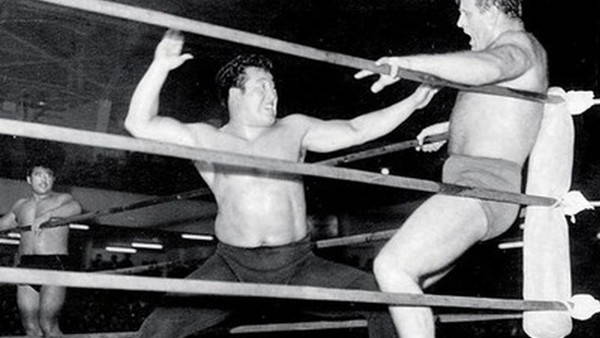 Women’s wrestling in Japan followed the model of springing up in the wake of legendary Americans touring the country. A visit by all-time women’s wrestling great Mildred Burke in 1954 led to a number of women’s wrestling promotions being established. Unfortunately, a lack of cooperation and focus amongst the plethora of competitors would lead to women’s wrestling being kept on the fringes of Japan’s blossoming wrestling scene. But in 1968, the formation of the All-Japan Women’s Pro Wrestling Corporation would step into this power vacuum. The benefits were twofold; the new, AJW provided a singular focus for women’s wrestling, and the company landed a television deal almost immediately. 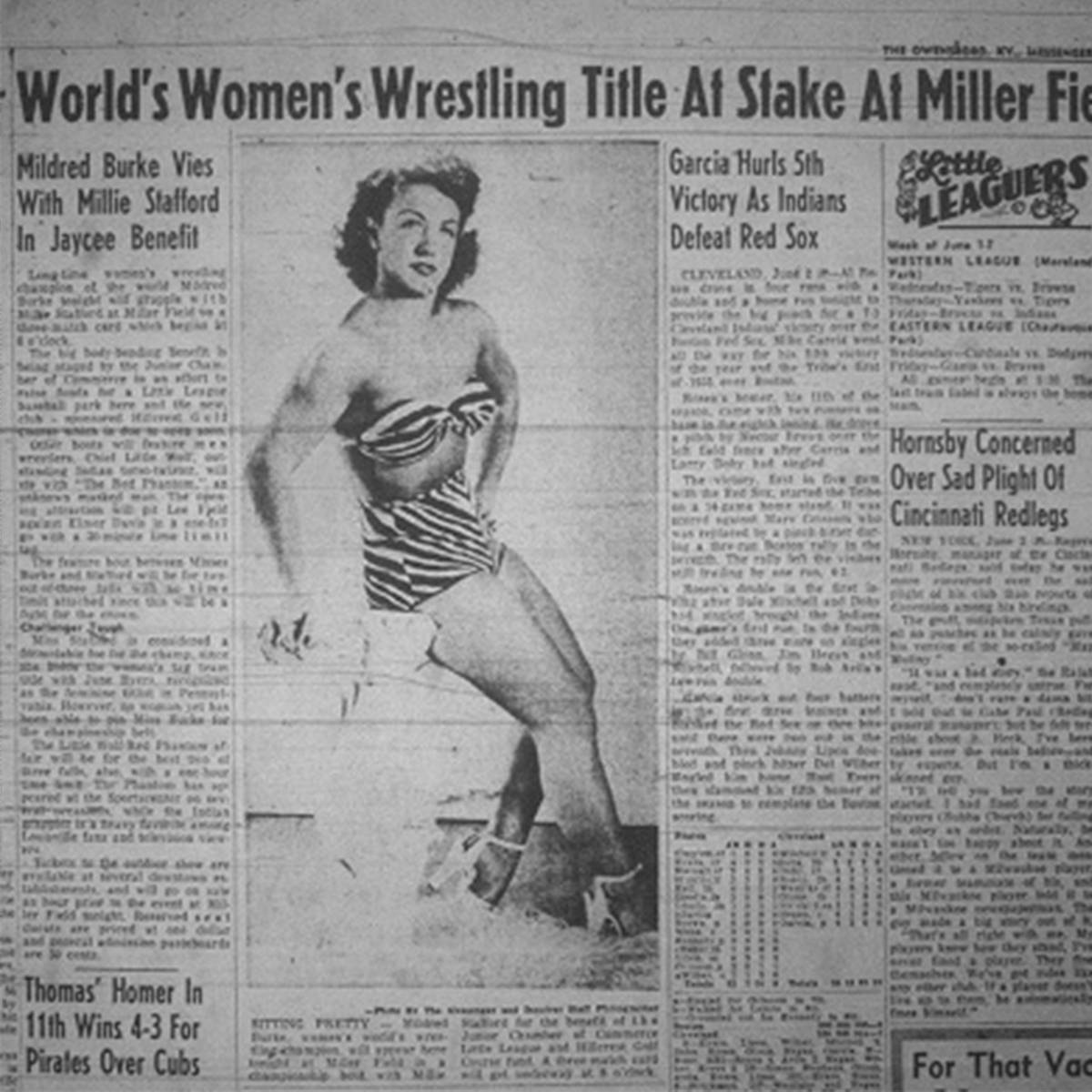 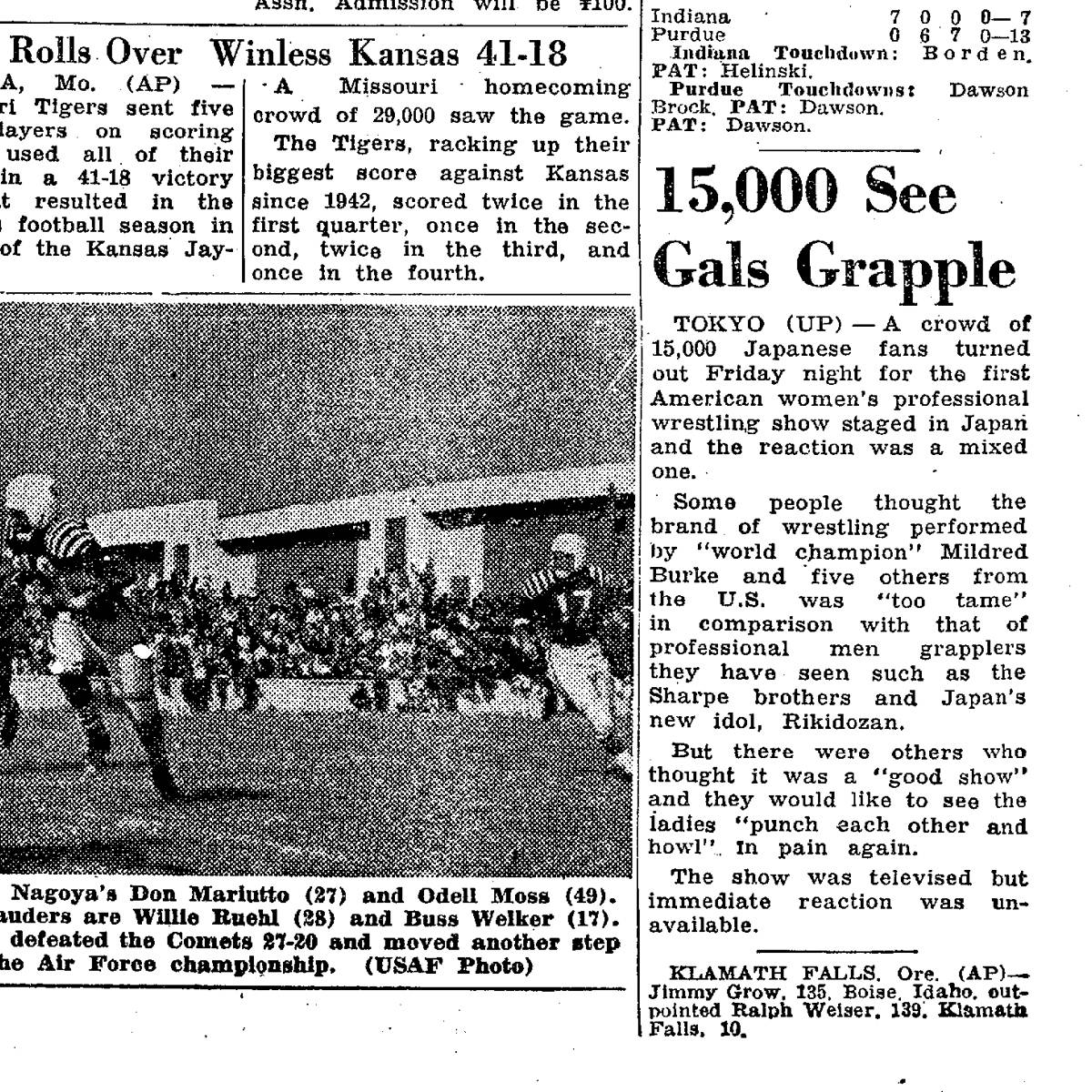 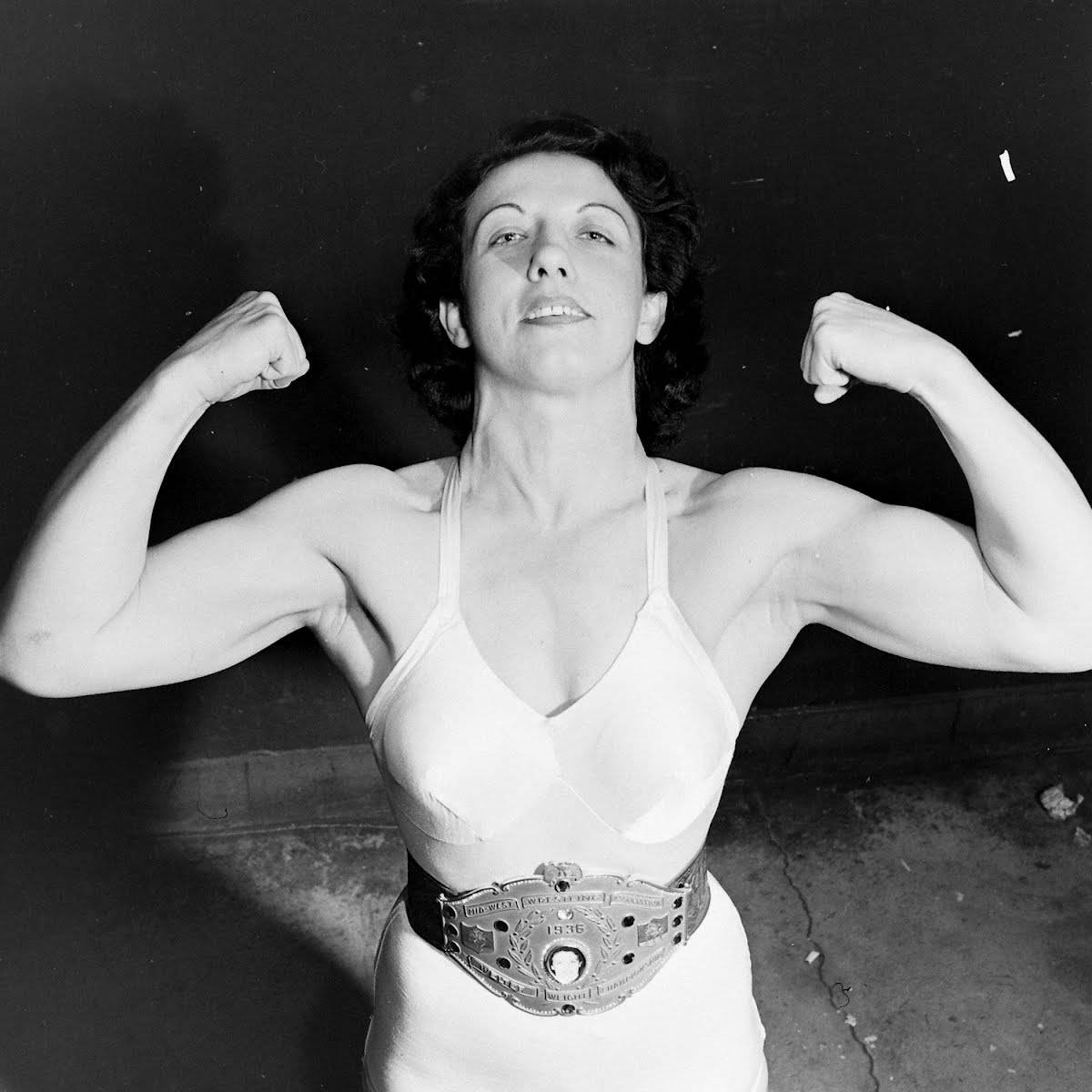 The early years of AJW saw the company adhere to the now traditional formula of Japanese wrestling, valiant, fighting spirit filled, Japanese babyface against the nefarious, rule breaking, foreign heel. This made AJW a reliably popular television program, but by the mid ‘70s, the company was ready for a creative sea change that would launch the company to unheard of heights. A crop of more athletic and technically skilled up and comers were allowed to deviate from the national pride narrative, and just compete against each other. Among this group of newcomers were Jackie Saito and Maki Ueda, better known as the Beauty Pair.

The spotlight of a single profession could not contain Jackie Saito and Maki Ueda. In addition to drawing legions of adoring wrestling fans, the Beauty Pair enjoyed a series of hit pop singles and starred in their own movie. They even served as the inspiration for a classic anime series of the era, the Dirty Pair, about a pair of havoc causing intergalactic cops dressed in outfits that looked suspiciously like pro wrestling ring gear. 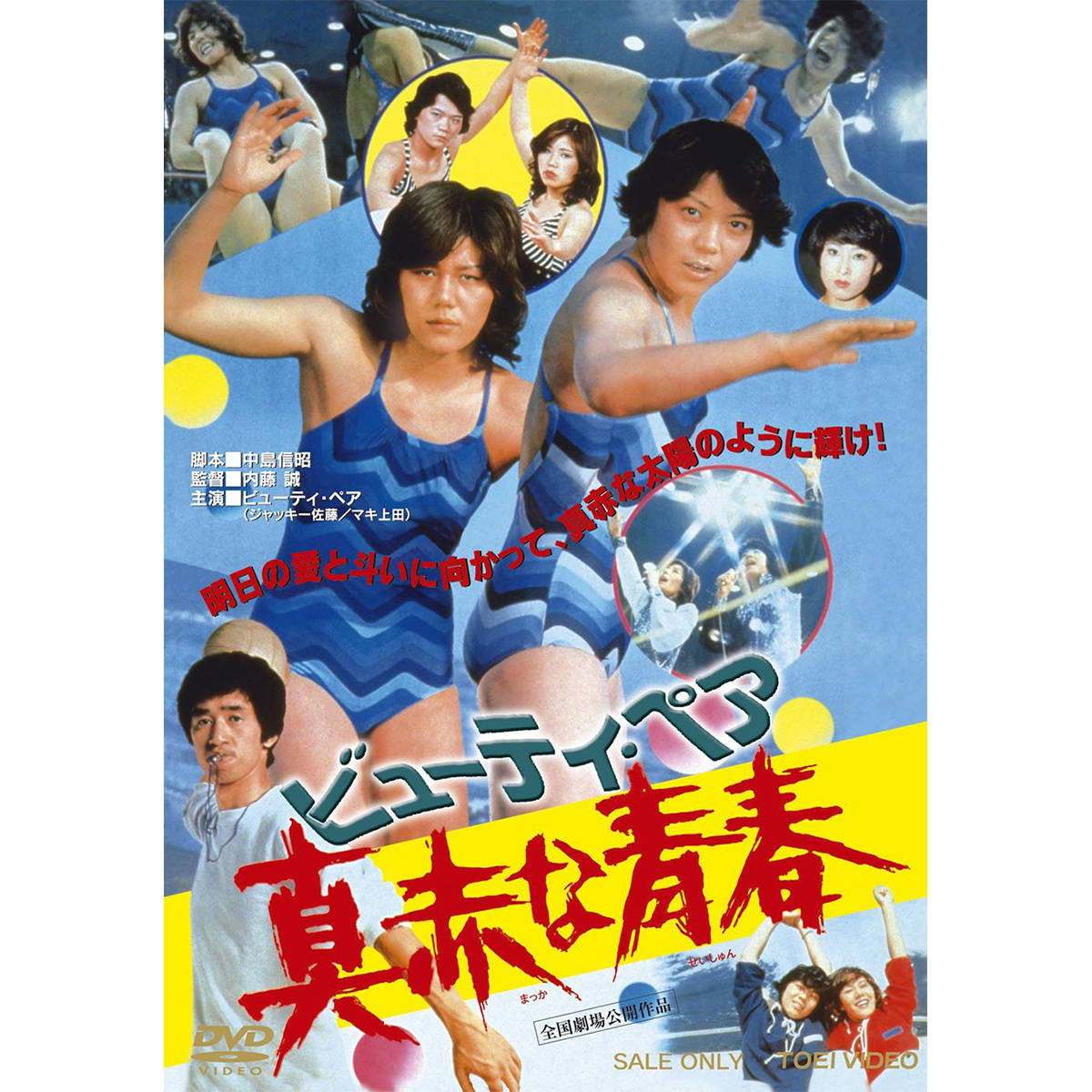 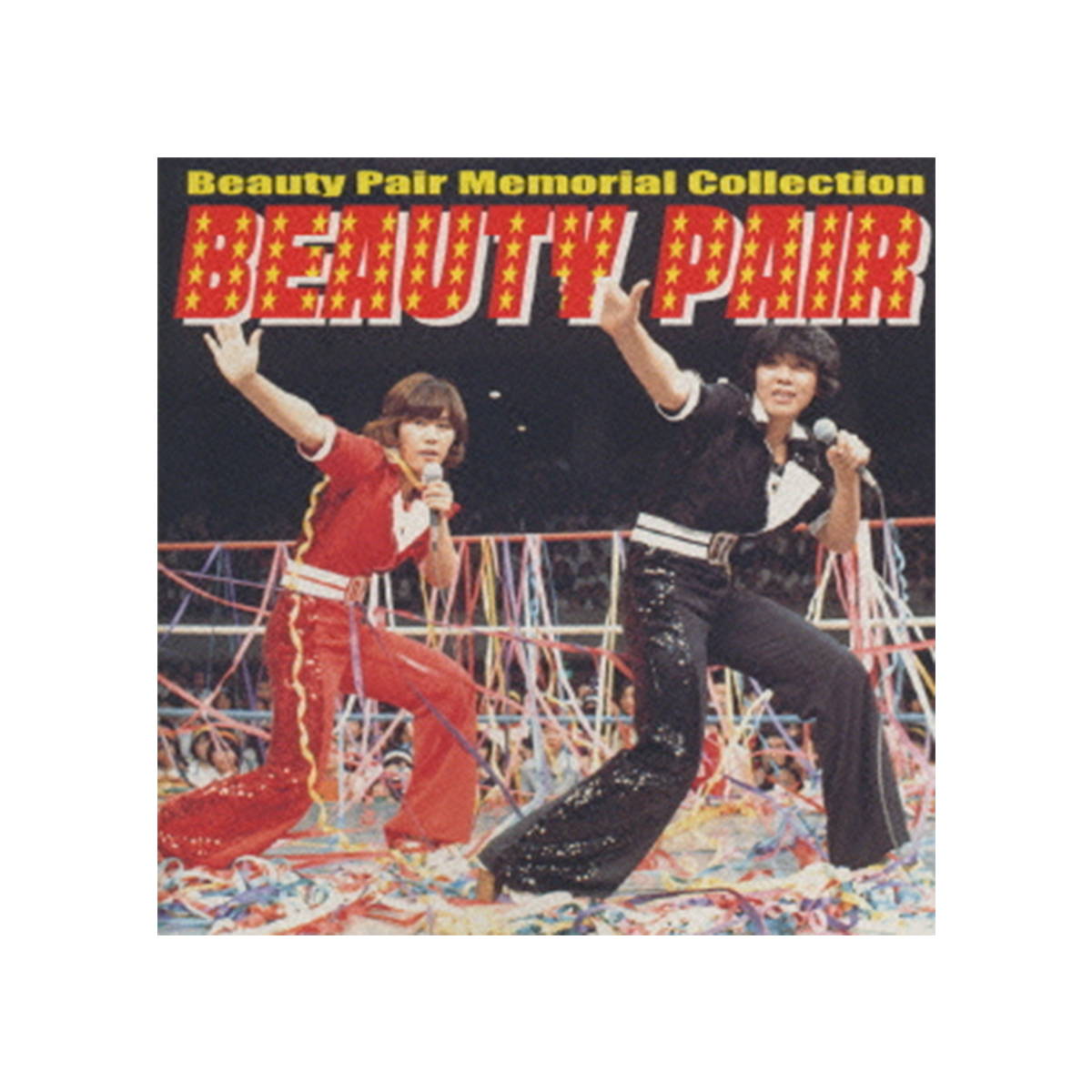 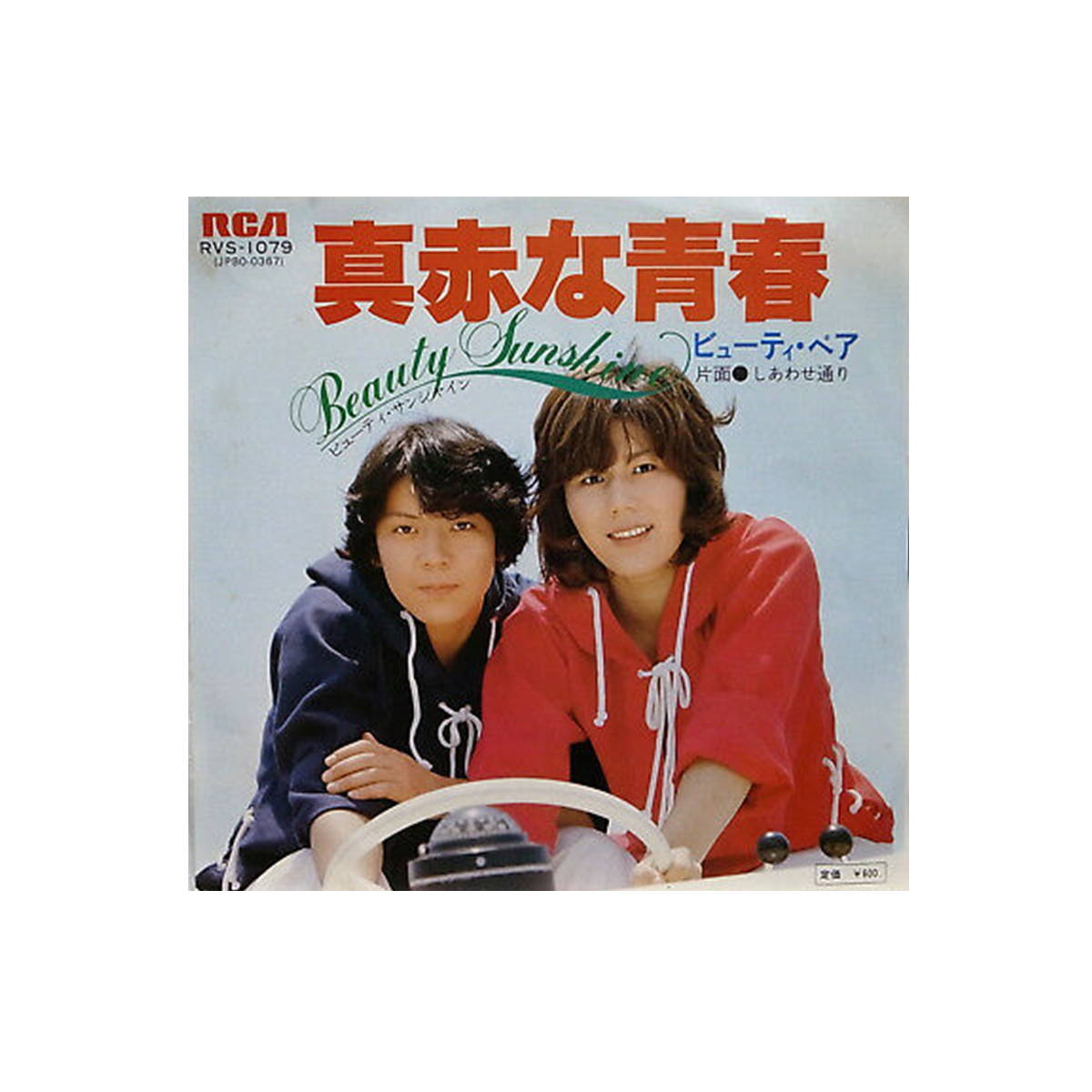 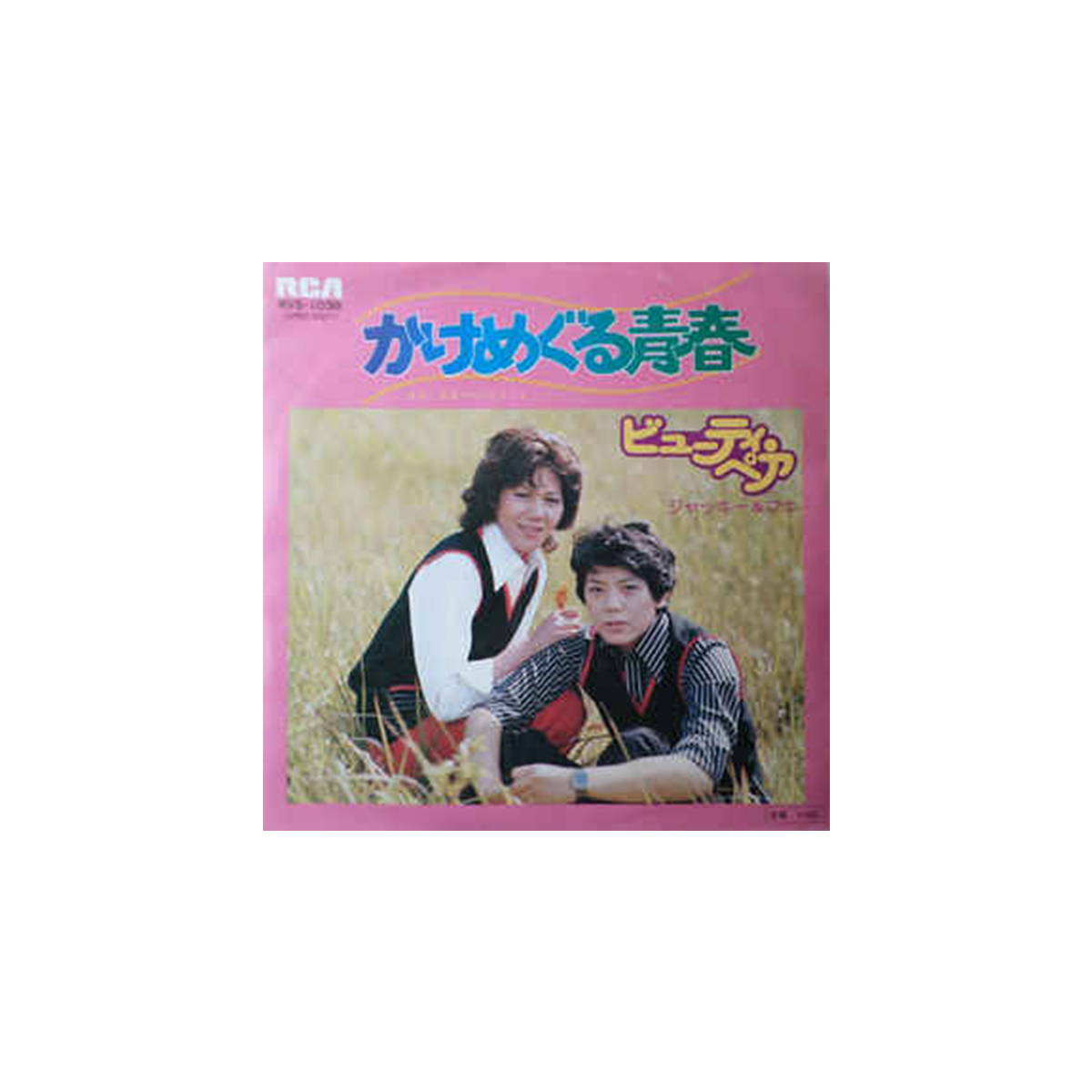 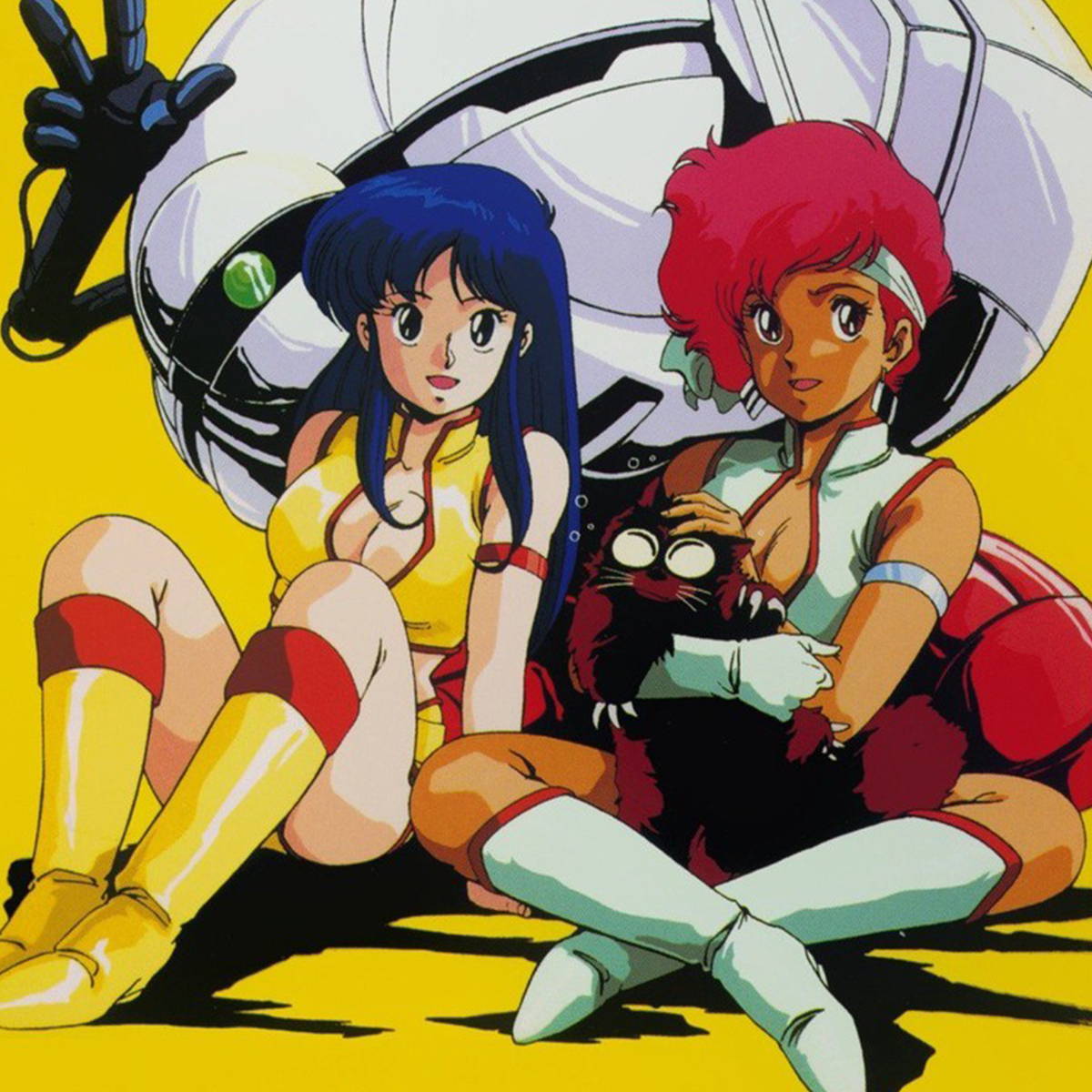 By modern standards, the name Beauty Pair and the decidedly ‘70s fashion sense seem quaint, but it can’t be overstated just how culturally important Saito and Ueda were. In a society with some particularly stringent standards of traditional gender roles, proper feminine behavior and beauty, the Beauty Pair represented something that the legions of young girls and women in the audience had never experienced before, a norm-shattering alternative. In proving that being athletic, muscular and tough and being feminine, glamorous and elegant were not mutually exclusive pursuits, professional wrestling changed the perception of what it was possible for women to be. 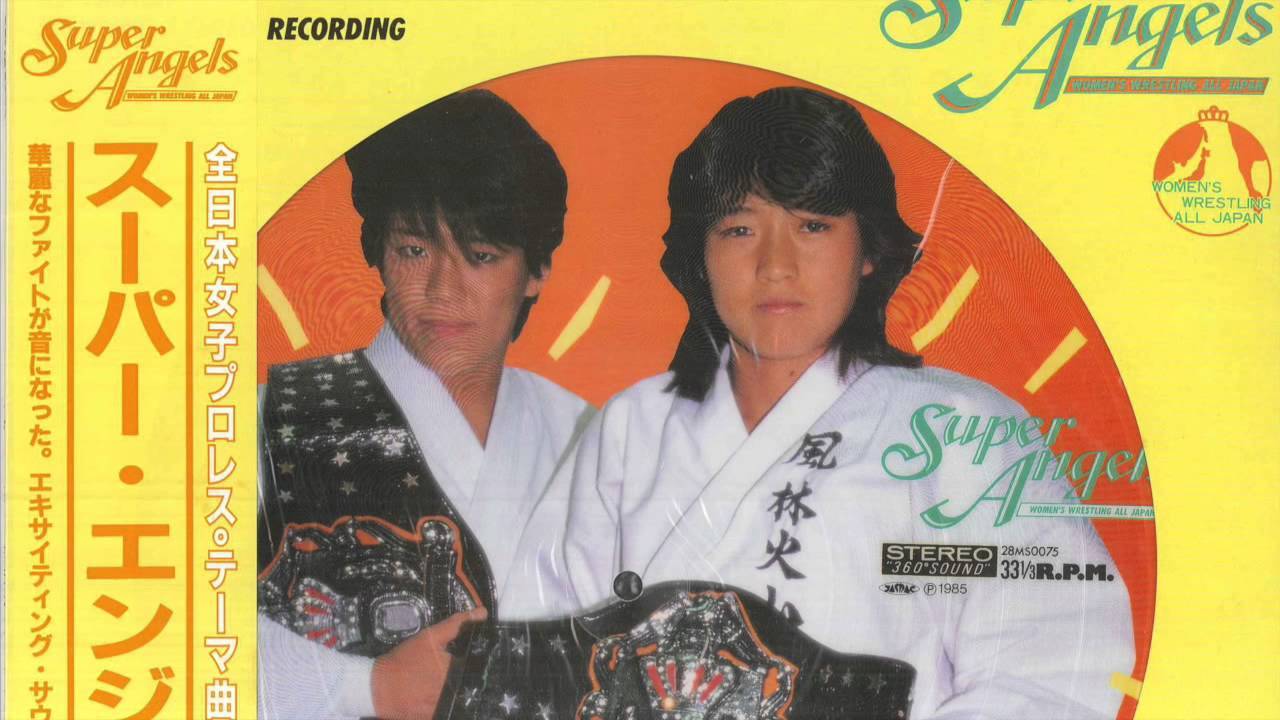 The next decade would see AJW go from strength to strength. It might seem like a lot to ask for one pop culture, crossover juggernaut to seamlessly transition into another, but that is exactly what happened with the legendary Crush Gals, Lioness Asuka and Chigusa Nagayo. The Crush Gals were everything the Beauty Pair were, in terms of multimedia pop culture stardom, with the addition of being even stronger in-ring workers. The popularity of the Crush Gals was bolstered by a roster chock full of legendary names including Jaguar Yokota, Devil Masami, Yumiko Hotta Dump Matsumoto, Bull Nakano, Grizzly Iwamoto, Bison Kimura, Condor Saito and the Jumping Bomb Angels. The battles between the Crush Gals and Dump Matsumoto’s stable of weapon wielding, delinquent street punks, in particular, were the impetus behind weekly, prime time television ratings of over 12 million viewers.  These legends weren’t just bringing in spectators either; in a very direct demonstration how inspirational their efforts really were, AJW’s 1984 auditions drew over 2 thousand hopeful future wrestlers. 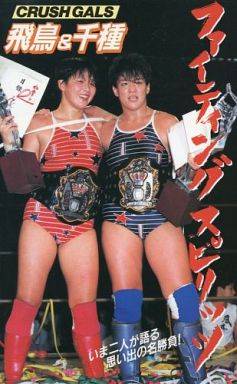 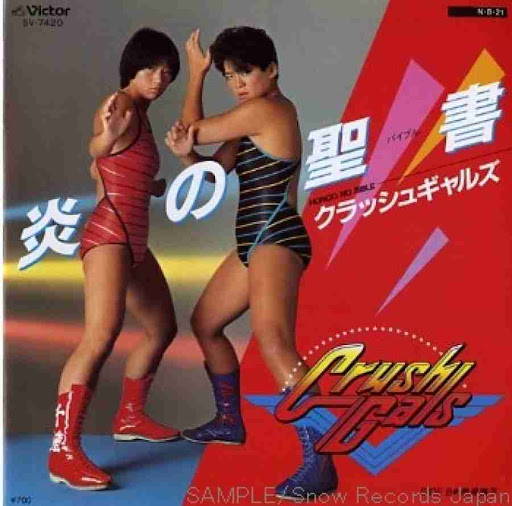 The next evolution of AJW was put in motion by a regrettably regressive practice, the mandatory retirement age of 26. Although it was eventually abolished, in the ‘80s, the rule was still in effect, officially ending the era of the Crush Gals (although the team had already split by the time that Nagayo and Asuka reached the retirement age.) Although AJW would never be as powerful a force in larger popular culture as it was during the Crush Gals’ peak, AJW was about to begin its run as the actual, best professional wrestling on the entire planet. Faces that had become AJW regulars during the latter half of the ‘80s, most especially Bull Nakano, combined with a crop of newcomers featuring true all-time greats like Manami Toyota, Akira Hokuto, Aja Kong, Kyoko Inoue, Takoko Inoue, Dynamite Kansai and Etsuko Mita, in a convergence of otherworldly talent that made AJW synonymous with classic, epic wrestling matches. 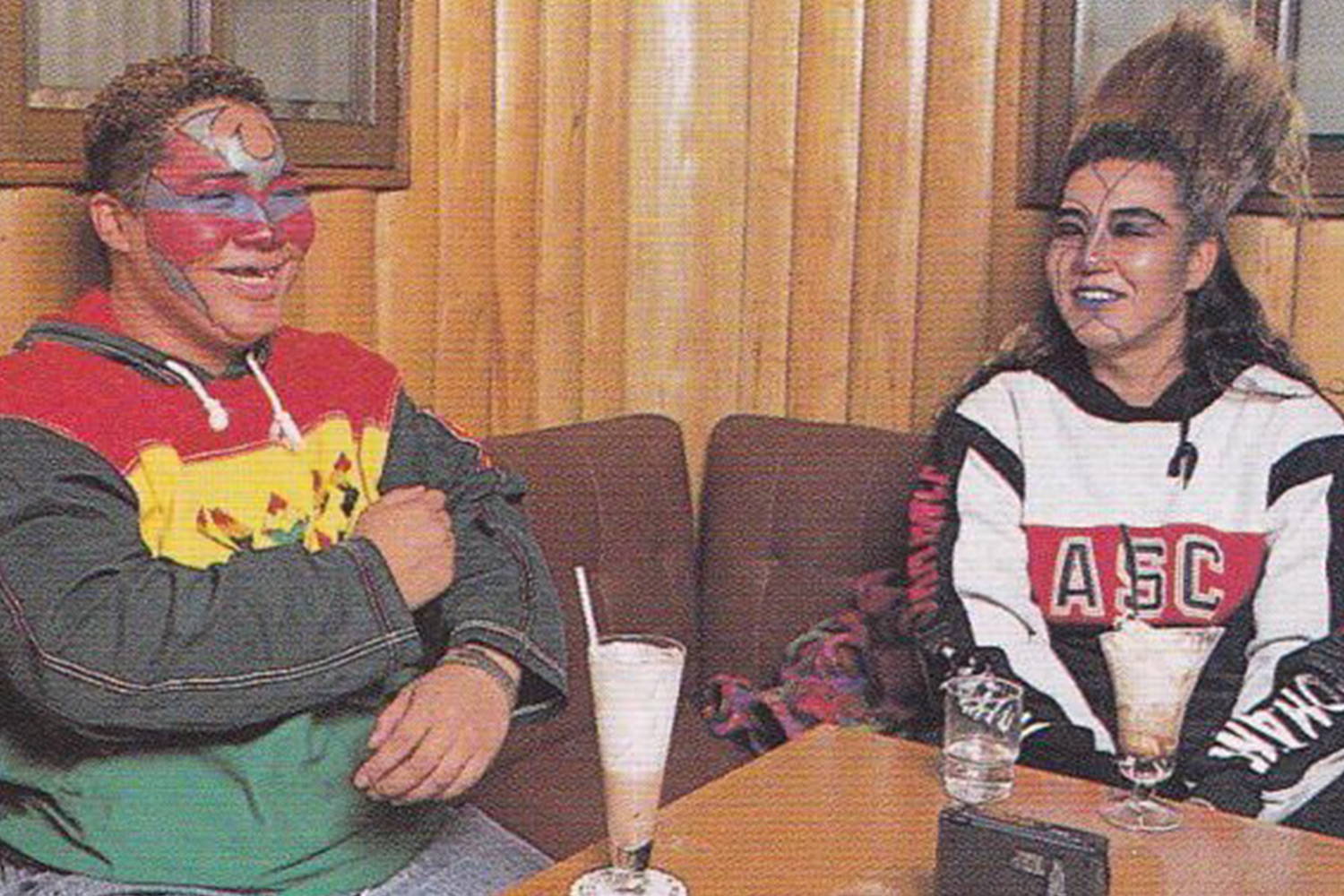 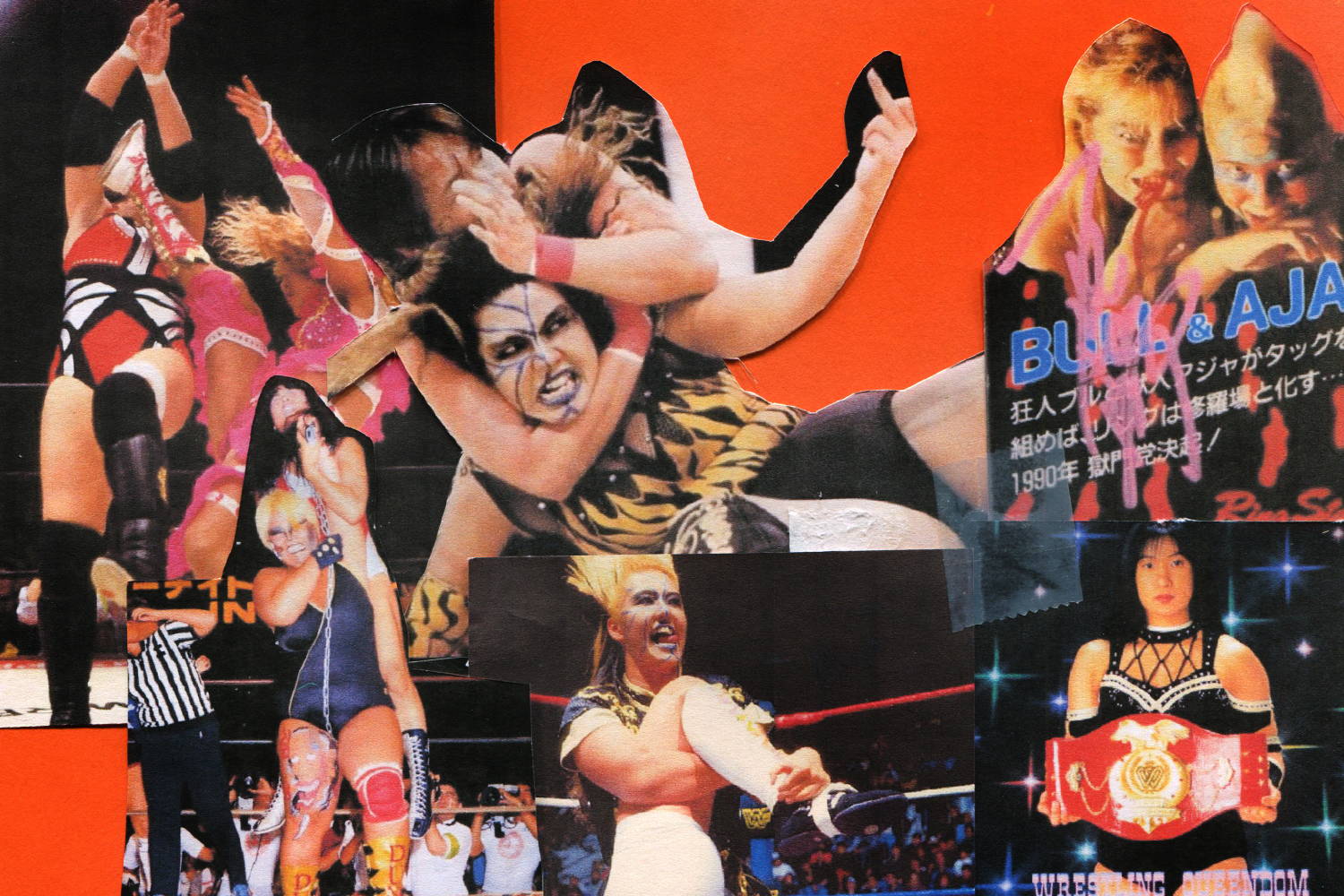 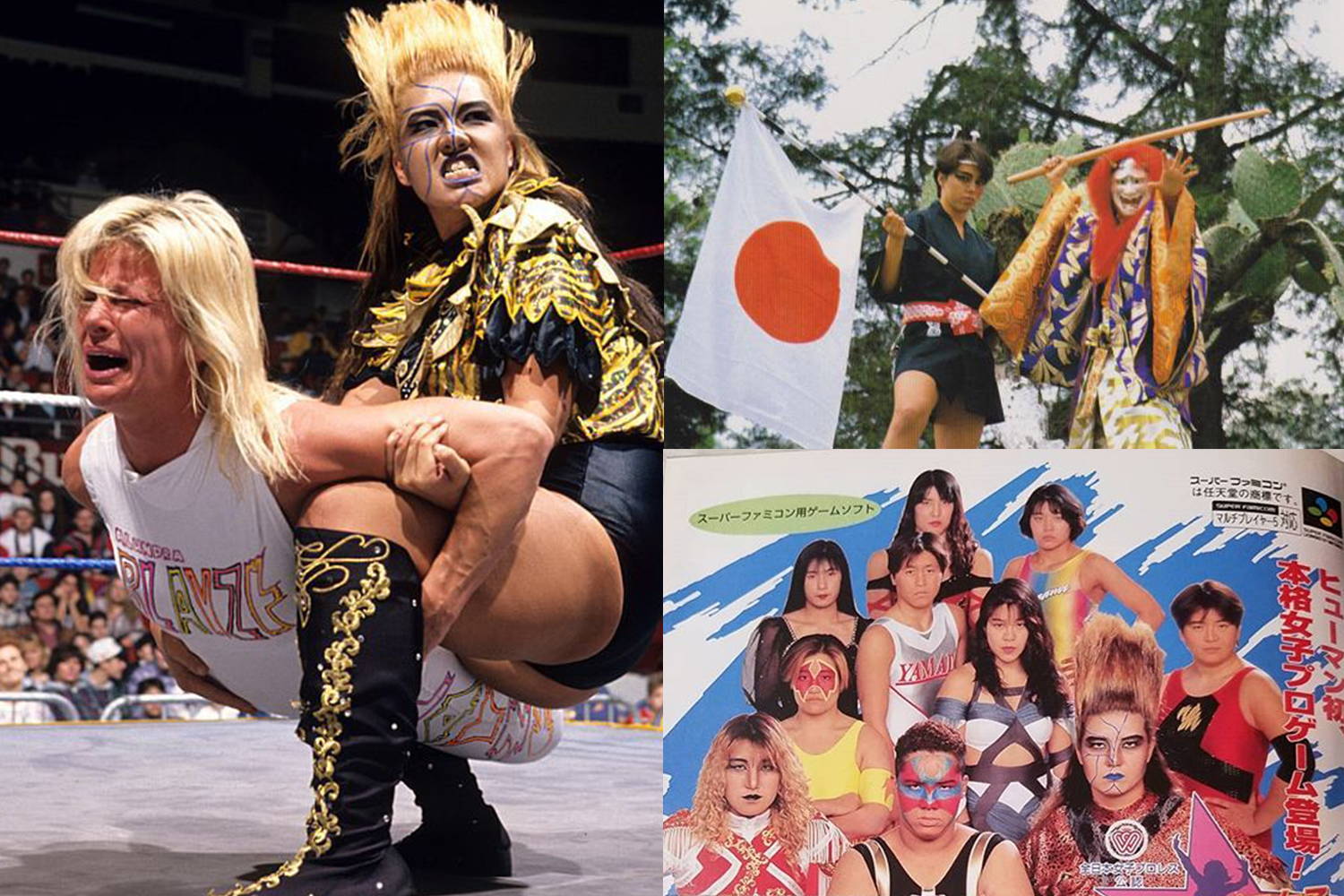 Much in the same way that a description, no matter how detailed, of a fireworks display is a pale substitute for actually seeing the fireworks, it is impossible to verbally do justice to the quality of wrestling that AJW was presenting during the 1990s. But at the same time, it is equally impossible to overstate the magnitude of it. The best we can do is to reference some memorable moments: Toyota and Hokuto repeatedly trying to put each other through a non-gimmicked table, or by Bull Nakano absorbing tandem kendo stick strikes to the head, and not flinching, Toyota and Toshiyo Yamada’s hair versus hair epic, Bull Nakano and Hokuto in a steel cage, and say that this is why YouTube was invented.

As the 1990s drew to a close, a combination of talent departures to an increasingly competitive Joshi scene, and the post-bubble economy recession putting AJW’s parent company into bankruptcy meant that the legendary promotion would limp to the finish line, before shutting down for good in 2005. As an ending, it was hardly befitting the impact that AJW had in professional wrestling. But the promotion’s true legacy was felt beyond its own borders. As late as the 1980s, AJW was the only major women’s promotion operating, by 1994, women’s wrestling in Japan was big enough to draw over 30,000 to 40,000 fans (depending on who you ask) to the Tokyo Dome for an all-women’s super show featuring six different promotions.

The legacy is still felt today in a Joshi scene that continues to boast what is, inarguably, the finest women’s wrestling in the world, in companies like Stardom, Tokyo Joshi Pro Wrestling, Sendai Girls, OZ Academy and Ice Ribbon, among others, with elite talents like Mayu Iwatani, Miyu Yamashita, Konami, Jungle Kyona, Arisa Hoshiki, Momo Watanabe, Meiko Satomura, Hiroyo Matsumoto, Syuri Kondo, Maya Yukihi and countless more, just waiting to be discovered by new audiences. Thanks to modern technology, you don’t have to resort to classified tape trading ads in the back of wrestling magazines to watch today’s stars either.

Ultimately, the lessons of AJW specifically, and Joshi wrestling in general are something that resonate beyond the wrestling ring. The achievements of these past and present female athletes are a demonstration of the heights that can be reached when artificial constraints about what women are ‘supposed’ to do, are nonexistent. You don’t ever need to have watched a wrestling match in your life to appreciate that. 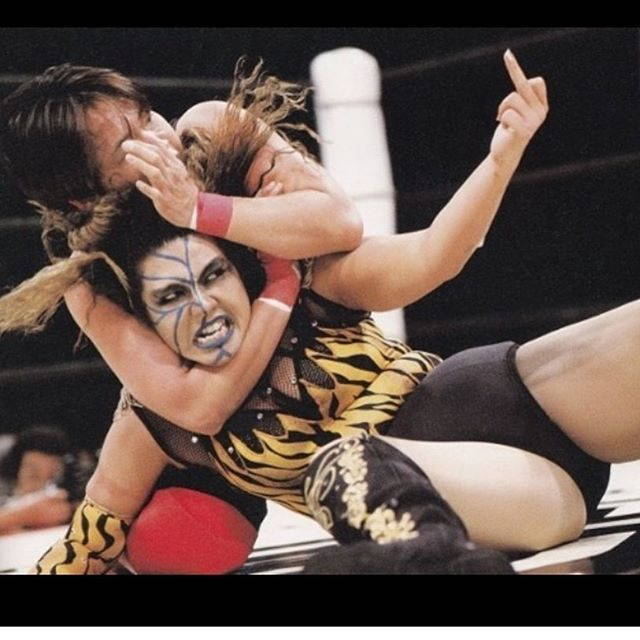