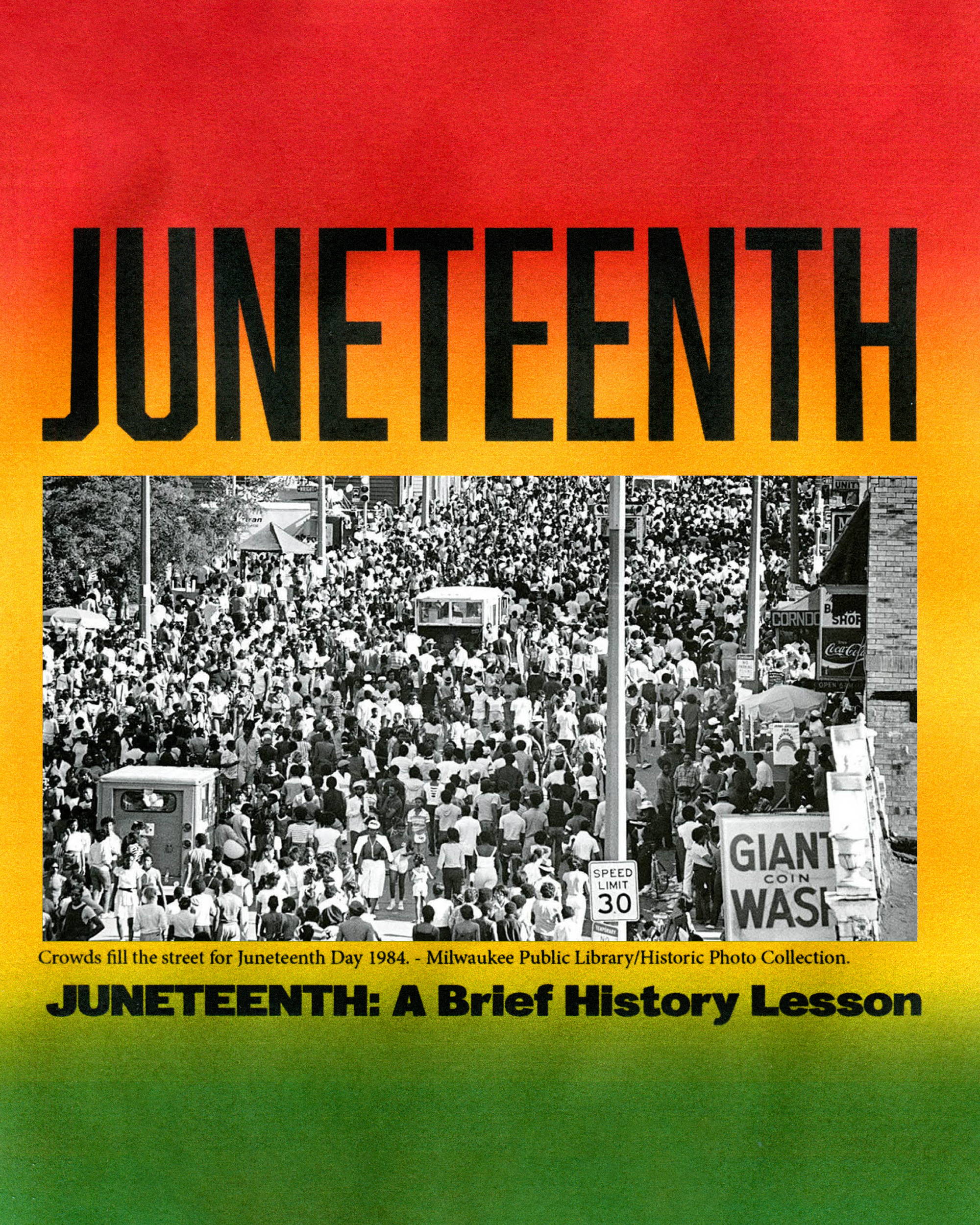 You could say that progress in America means fulfilling the promises made in the country’s founding documents, so that they truly apply to all Americans. Otherwise, sentiments like ‘all men are created equal’ and ‘life, liberty and the pursuit of happiness’ are just words. Nowhere is the failure of the country to live up to these founding promises more evident than in the centuries of injustice endured by Black Americans. One of the most important steps towards an America that works for all Americans is the day that has come to be celebrated as Juneteenth.

The historical facts of Juneteenth are clear and simple. On June 19th, 1865, Union General Gordon Granger, the officer placed in command of the post-Civil War District of Texas, issued General Order No. 3. The order officially brought the effects of the Emancipation Proclamation to the furthest reaches of the former Confederacy, sparking jubilant celebrations that would establish Juneteenth as a landmark moment in American history.

While the background of Juneteenth has a straightforward clarity, the real life details are something that inspires reflection. General Granger’s order came a full two and a half years after the Emancipation Proclamation took effect on January 1st, 1863. But, as Texas was the remotest area of the Confederate States, with a comparatively small presence of Union soldiers, enforcing the abolition of slavery was spotty and inconsistent. The news of Robert E. Lee’s surrender and the official end of the war in April of 1865 took weeks to make it to Texas, with some Confederate holdouts dragging things along until June. The parallels with current events could not be clearer. Whether abolition in 1865 or Black Lives Matter in 2020, the affirmation of change is only the very beginning of a process; actually carrying it out is something that requires constant commitment and vigilance, and something that will face bitter resistance that defies all rational thought.

Juneteenth has been celebrated in African-American communities since the first anniversary of General Order No. 3 in 1866, but as the nation goes through an unprecedented period of self reflection, it is clear that Juneteenth is a moment worthy of a permanently enshrined national celebration. Though it is not yet considered an official Federal holiday, from this day forward Bodega will recognize Juneteenth as a company-wide holiday giving our team a chance to reflect, celebrate and commemorate this integral event in our nation’s history and the continued pursuit of racial equality. Bodega urges other business leaders to join us in this action. We also encourage you to sign this petition to make Juneteenth a national day of observance in the US. 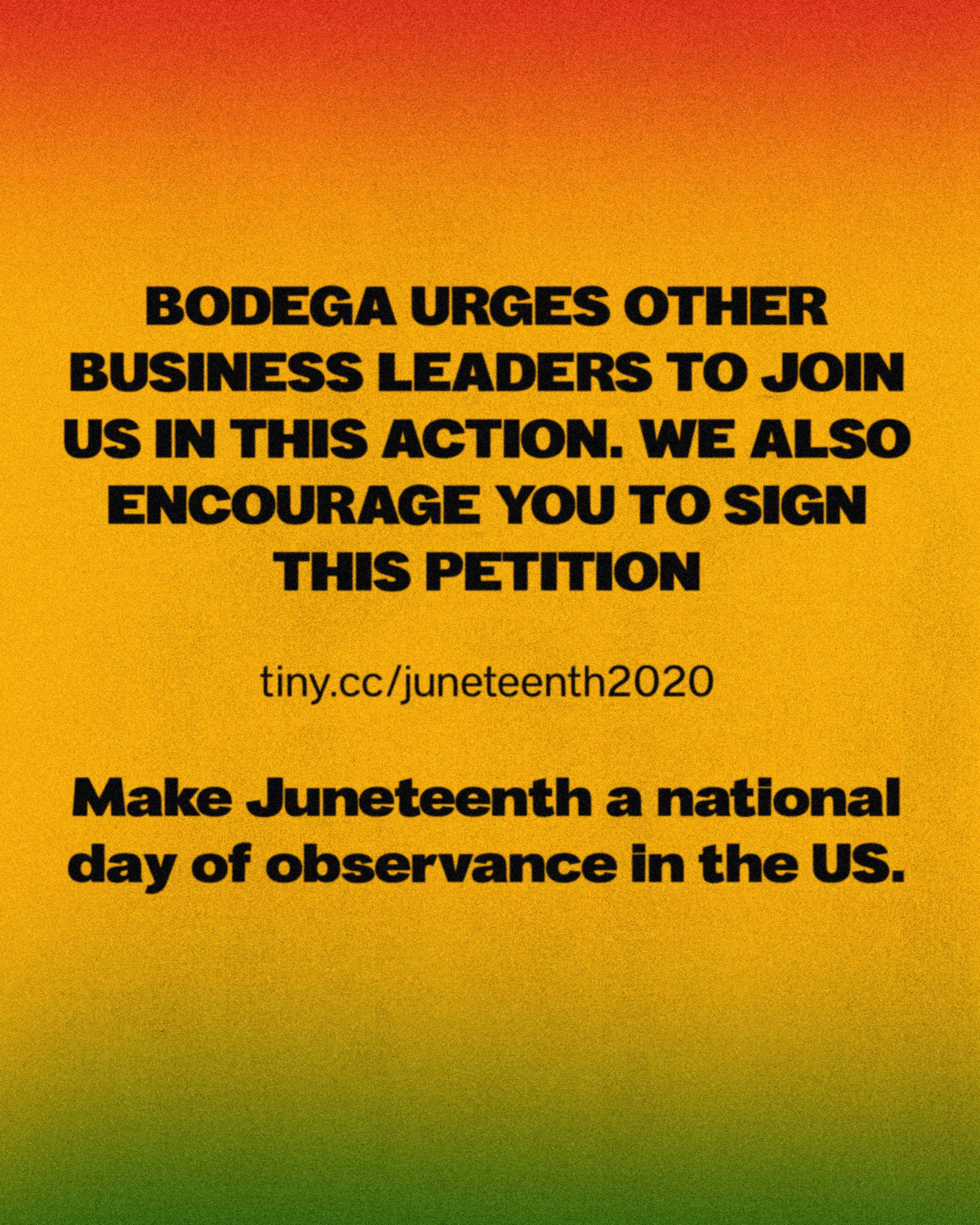