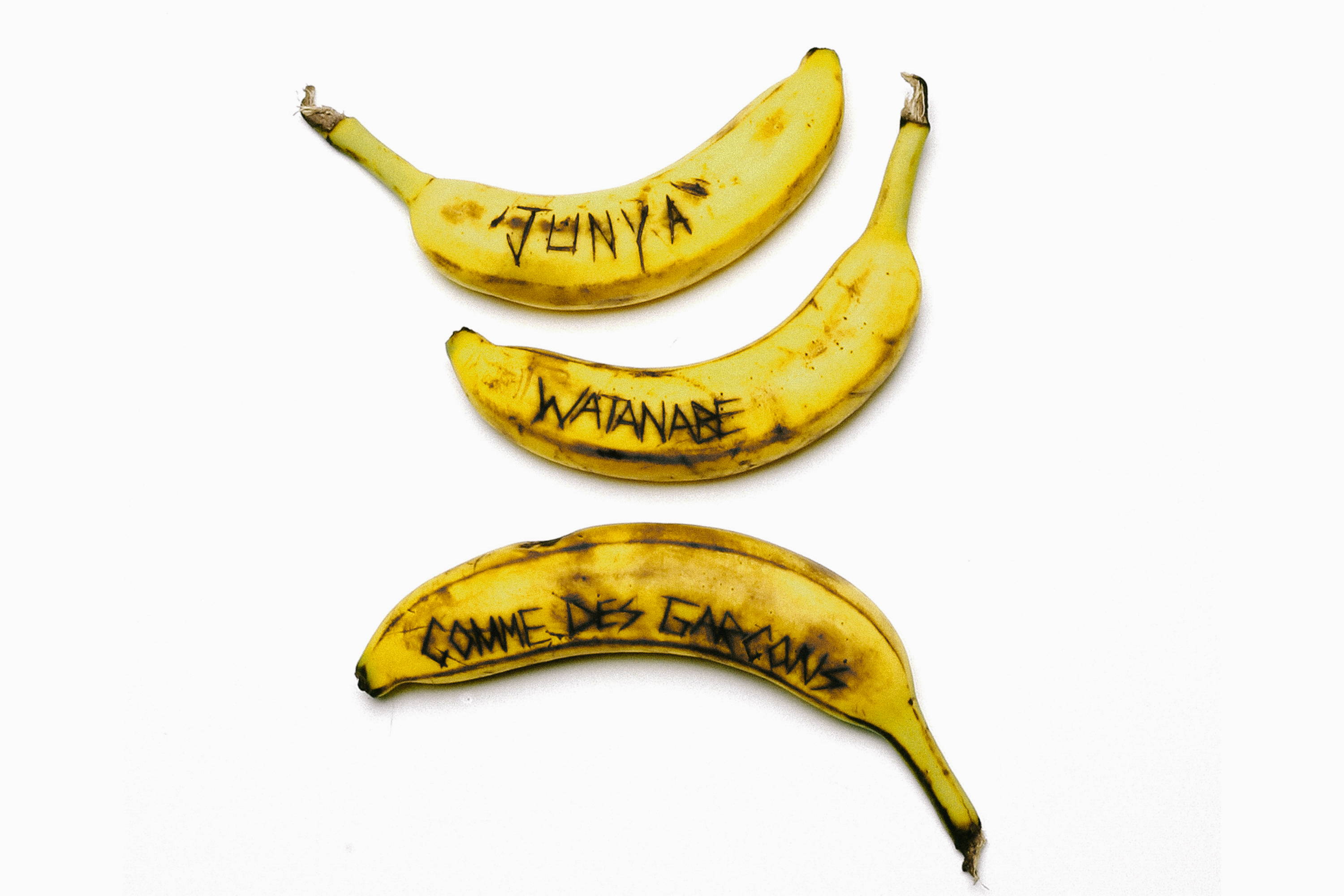 If you read about Junya Watanabe’s Spring/Summer ’19 menswear collection, before having a chance to actually see it, you could hardly be blamed, based on the general “military and utilitarian inspiration” descriptor, for expecting a slight variation on the legions of olive drab, camouflage, BDU, cargo pocketed clothing that already fills countless shelves. As with any creative subject though, there is a finite amount of material to go around. Different themes and motifs are repeated infinitely; what ultimately distinguishes art is concept and execution.

Over the course of a couple of millennia of human culture, there have been a number of artists who have tried their hand at painting churches, which is fair enough; it’s a popular subject after all. But for all those church painters, there have been few who employed the methods of 17th century, Dutch Golden Age artist Pieter Saenredam. His renderings of church interiors were based on detailed architectural sketches, based on precise measurements of the actual building. Typically, years would go by from the time Saenredam started his measurements to the time he finished painting. Concept and execution make all the difference.

The concept of Junya Watanabe’s Spring/Summer ’19 collection is a simple, but impactful, wholly individualistic vision of how military inspired design fits, not just into the contemporary fashion landscape, but into modern culture itself. A sanitized, play version of war is a long established object of childhood fascination. Toy guns are aimed at the air, plastic soldiers are upended and rearranged, digitized enemies, ho matter how graphically dispatched, respawn. There are no stakes and no human cost; which is precisely what makes it play. Watanabe takes this train of thought to its logical, conclusion in adulthood. For anyone who is not currently or has never at any point been an active member of the military, the act of wearing military clothing, in modern fashion, vintage surplus, or any other form, is still the act of dressing up.

This concept is brought to life in a uniquely paradoxical way. The Spring/Summer collection has been produced in conjunction with Ark Air, suppliers of high performance, technical apparel and gear to actual, active military outfits, but rather than use this reinforced level of authenticity to get as close to legit military issue as possible, Watanabe has utilized it to emphasize the civilian world. The military elements: camouflage patterns, zip pockets, pouches, harnesses and the like, are incorporated into or presented as companions to unequivocally everyday pieces, featuring the use of bright, unashamedly playful colors alongside the olive drab, camouflage and black dominant military palette. 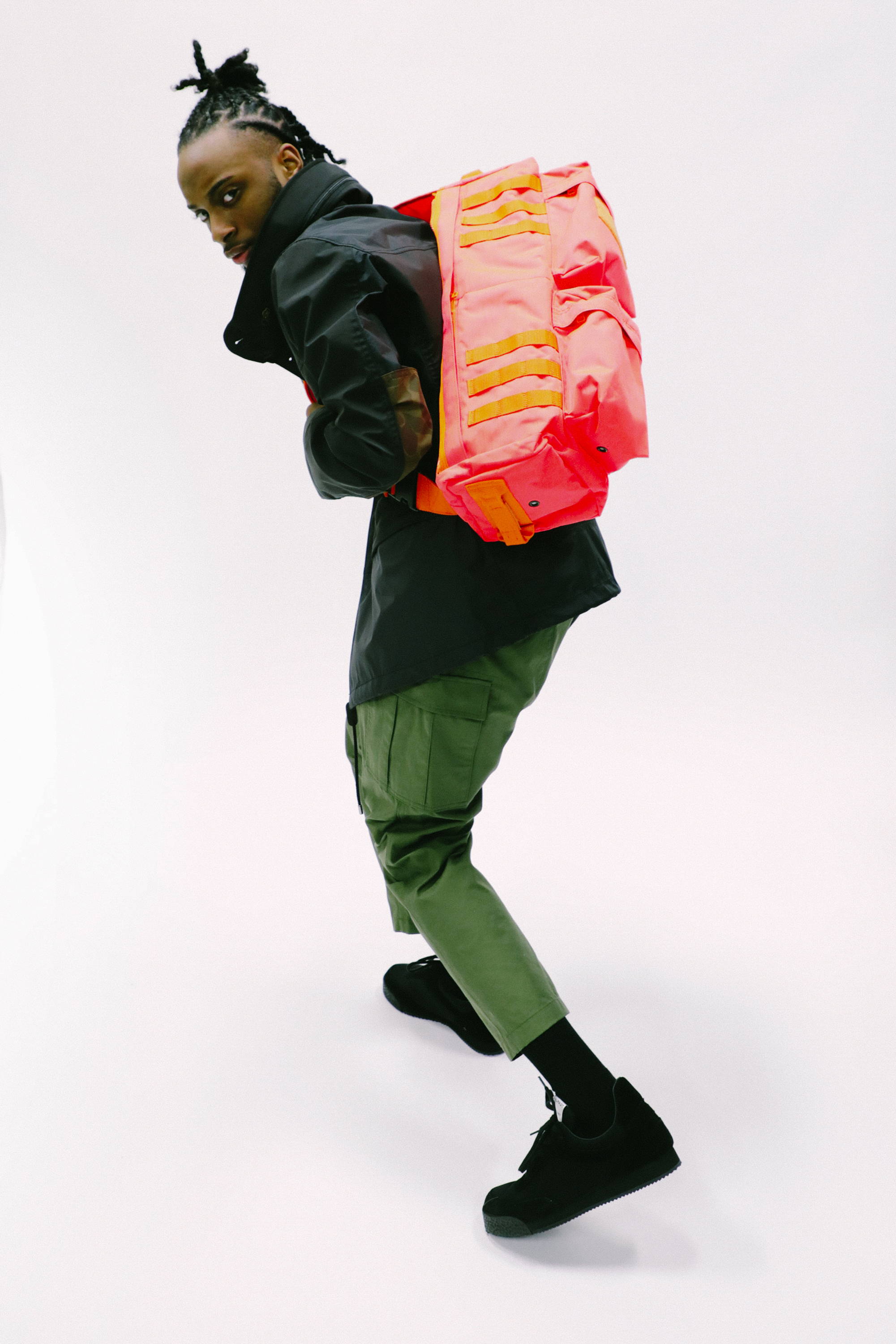 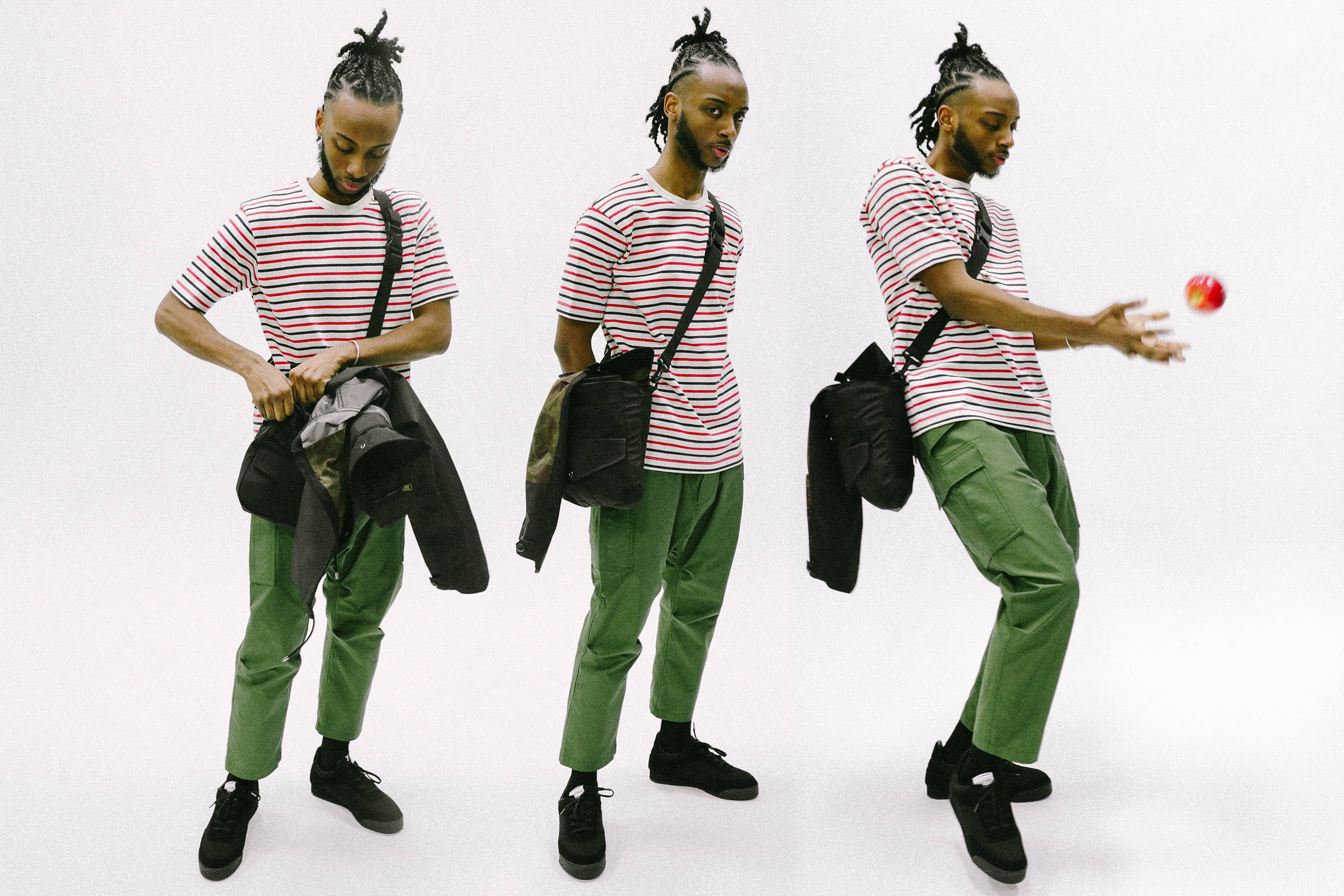 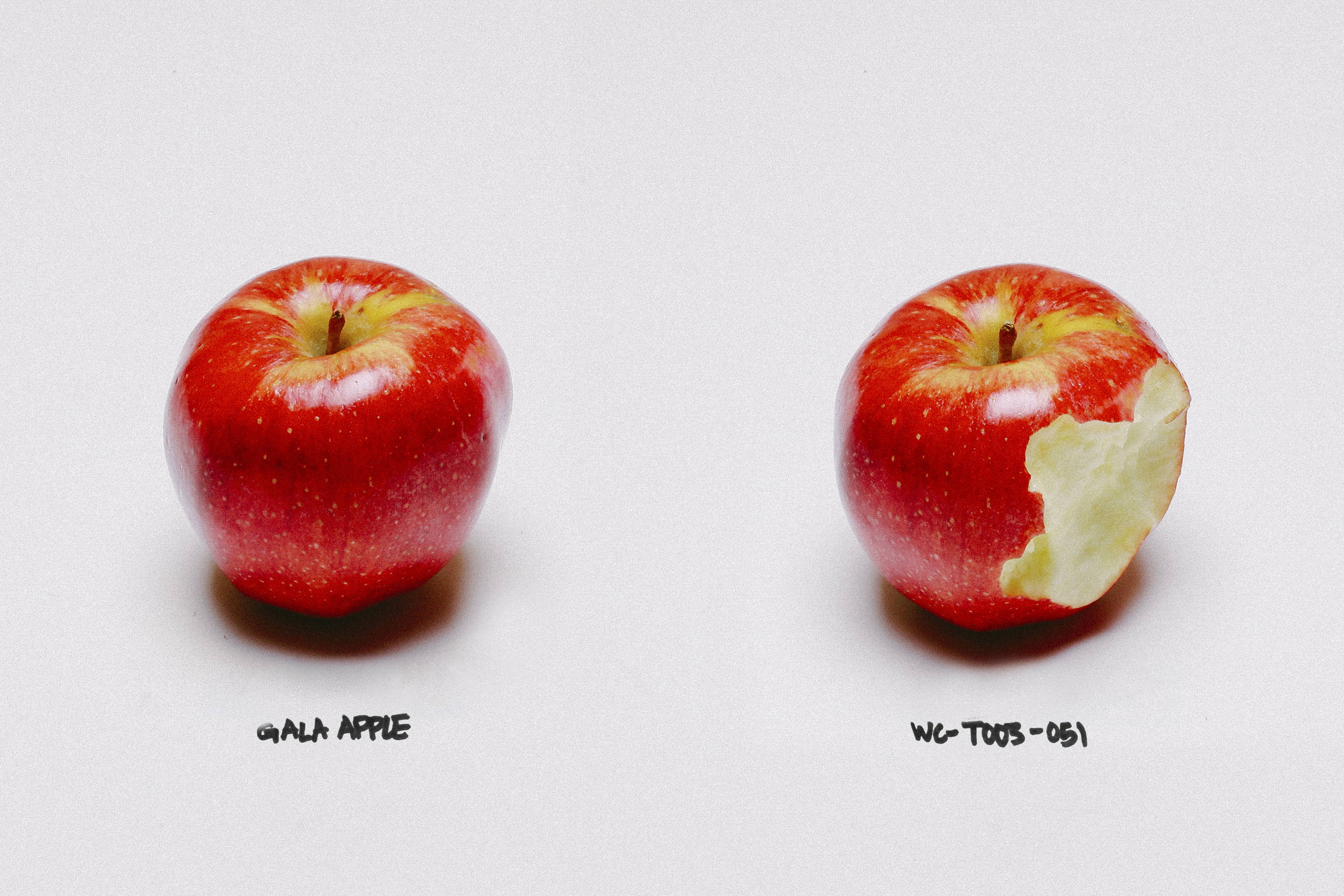 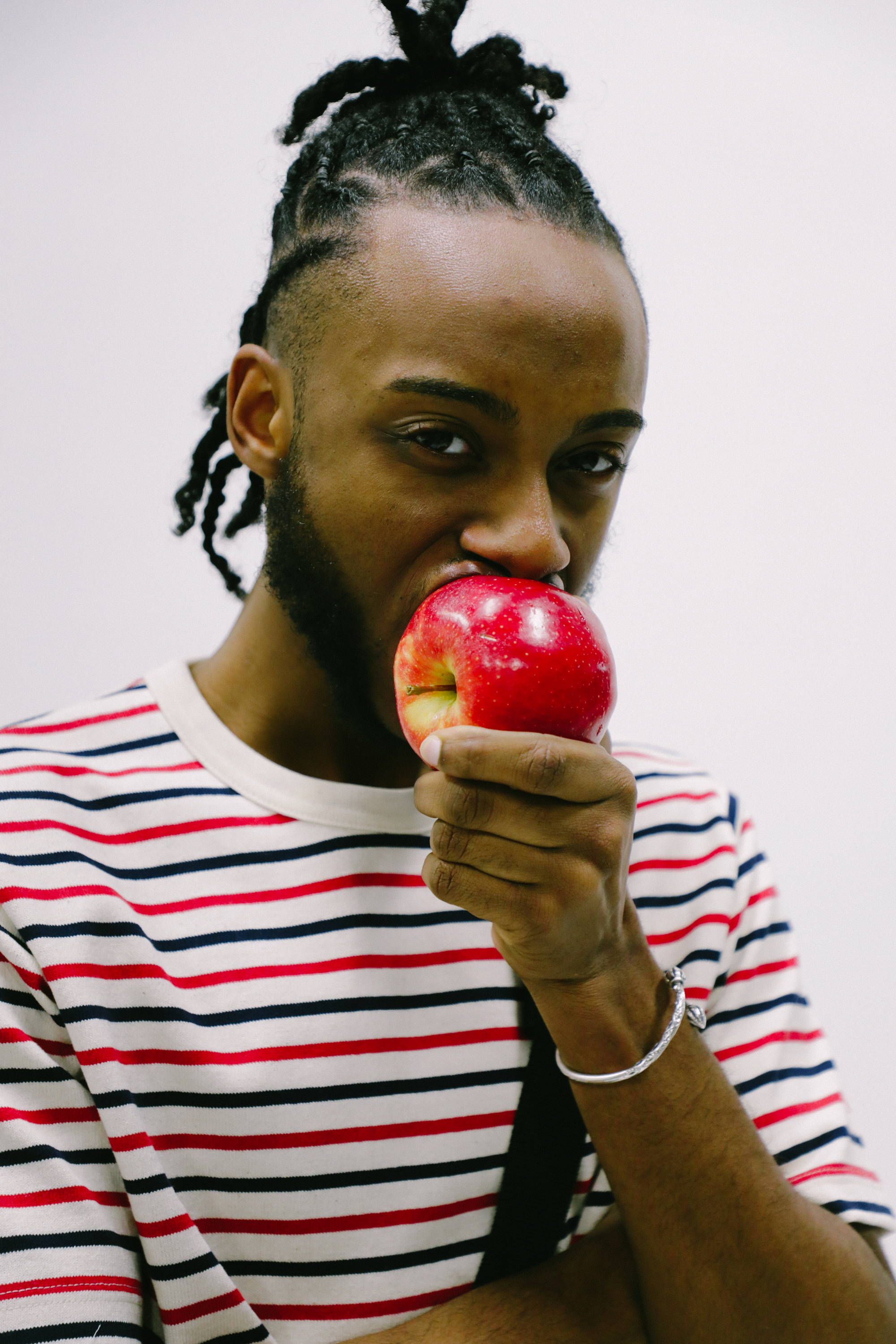 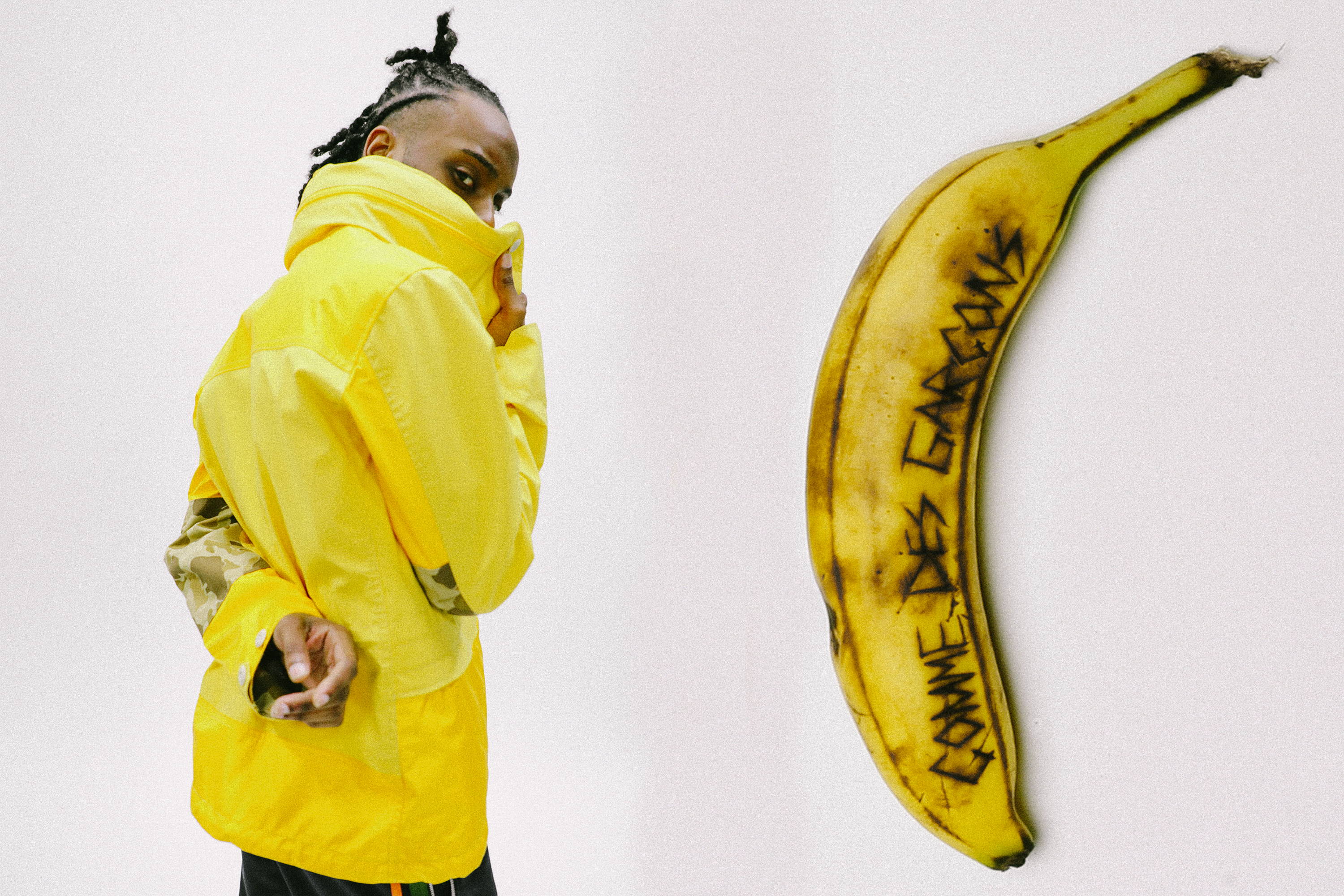 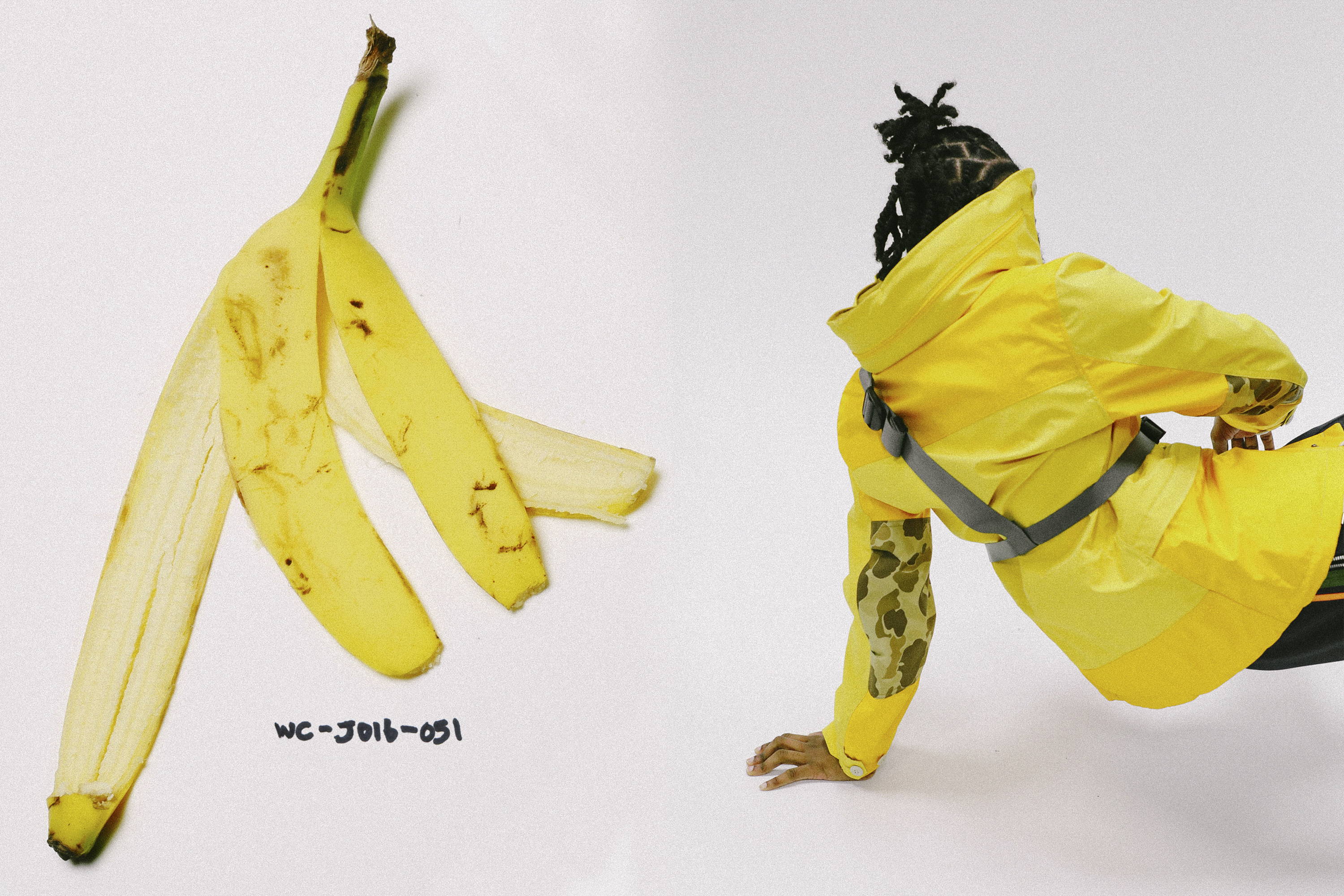 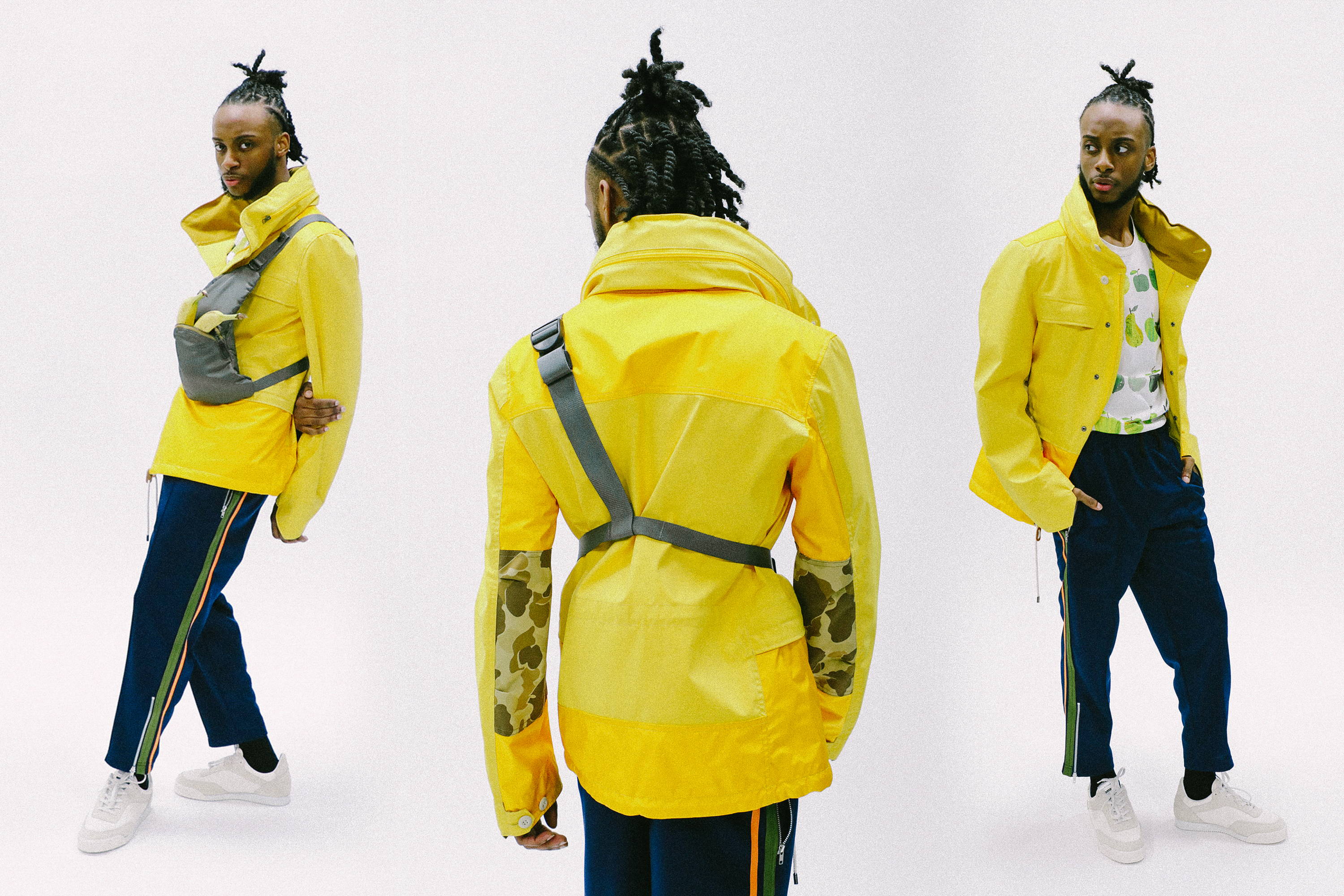 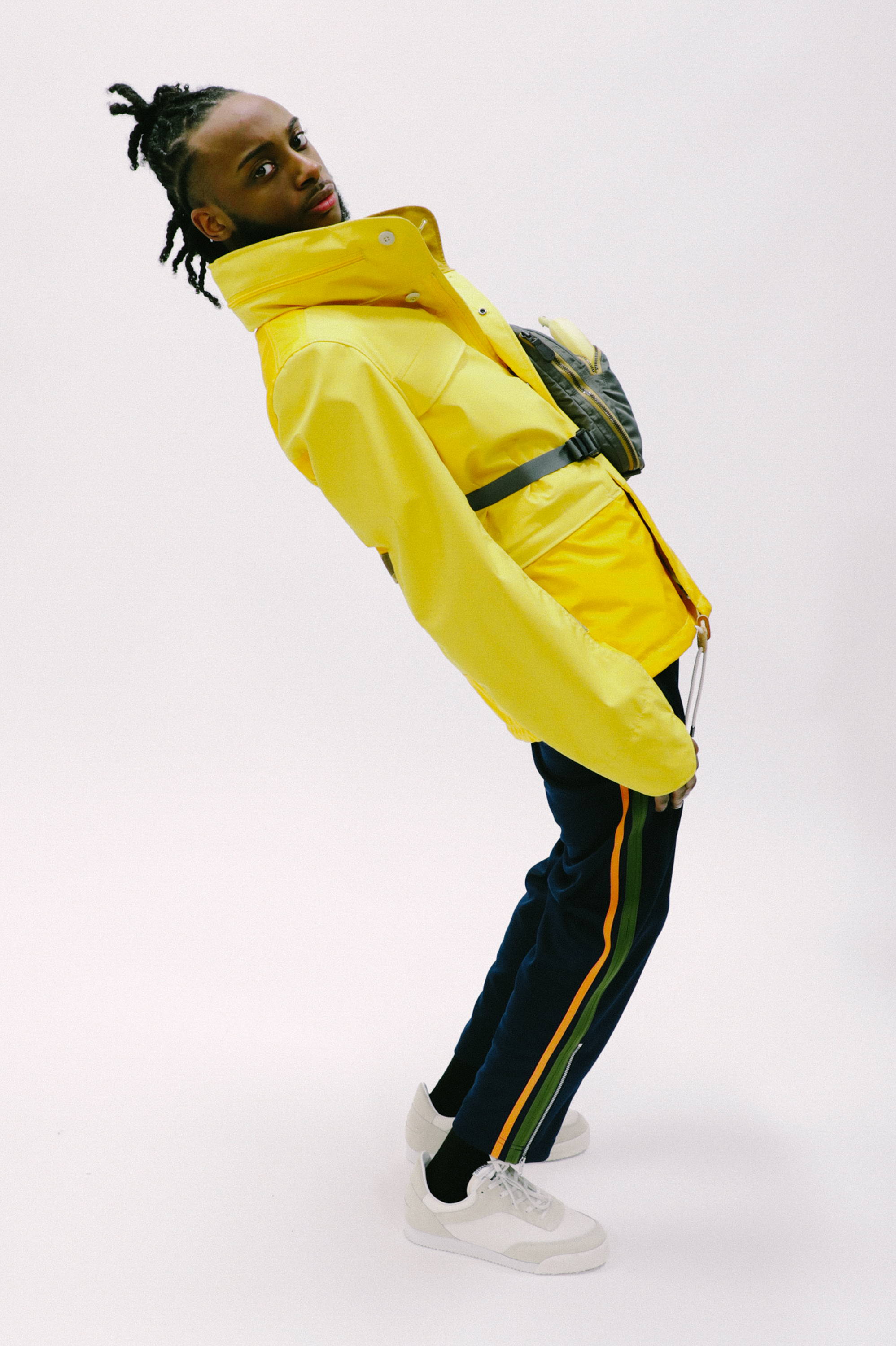 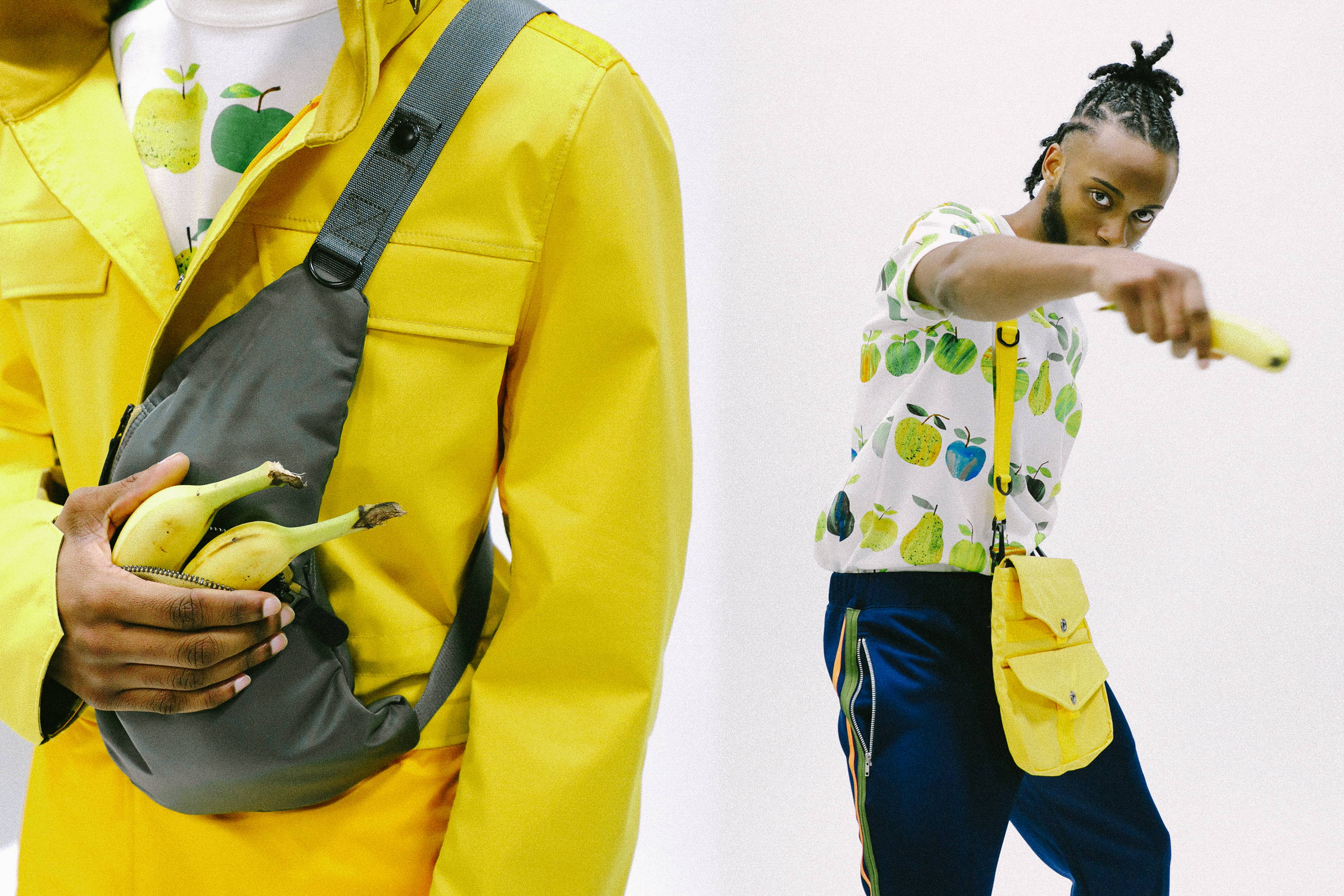 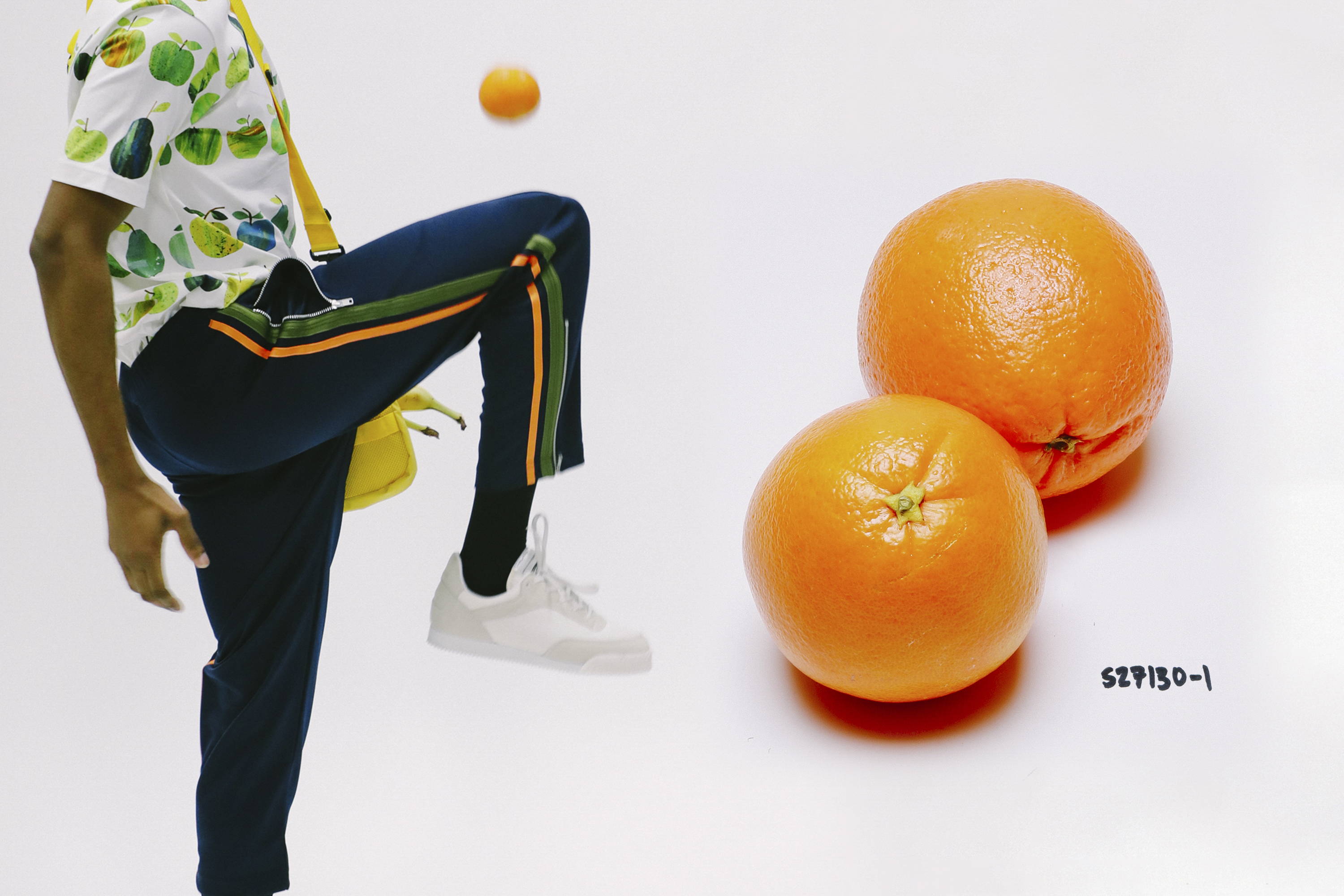 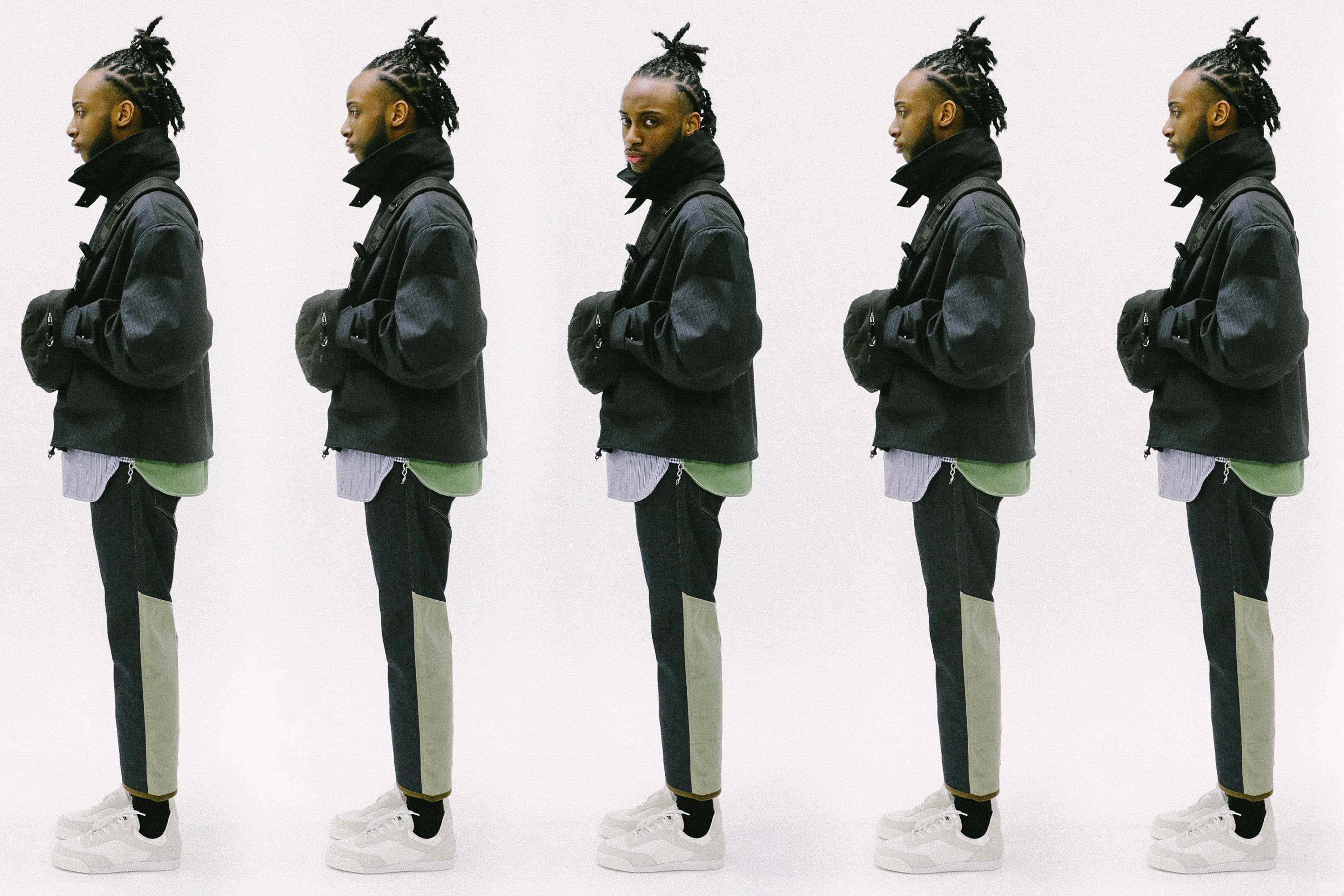 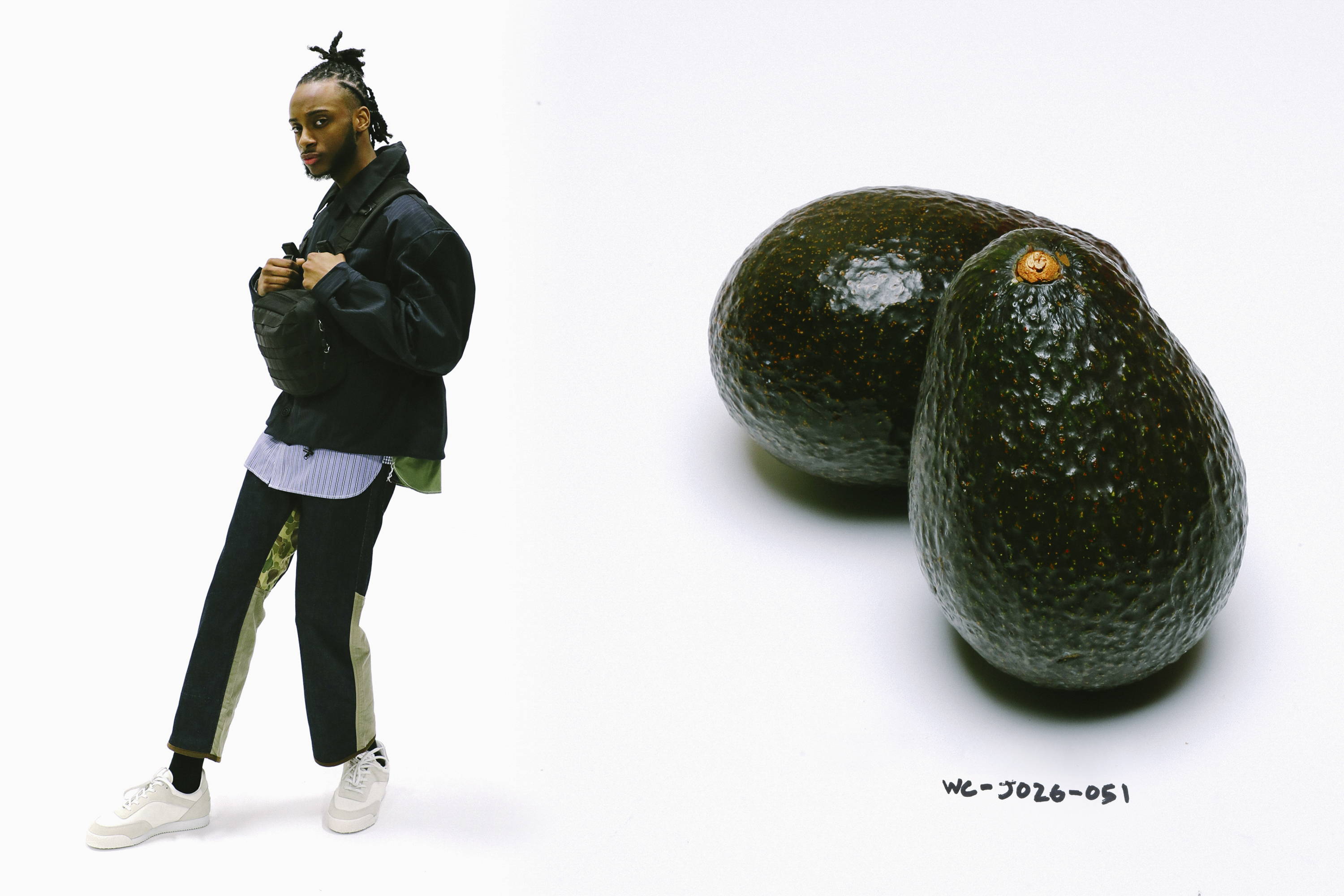 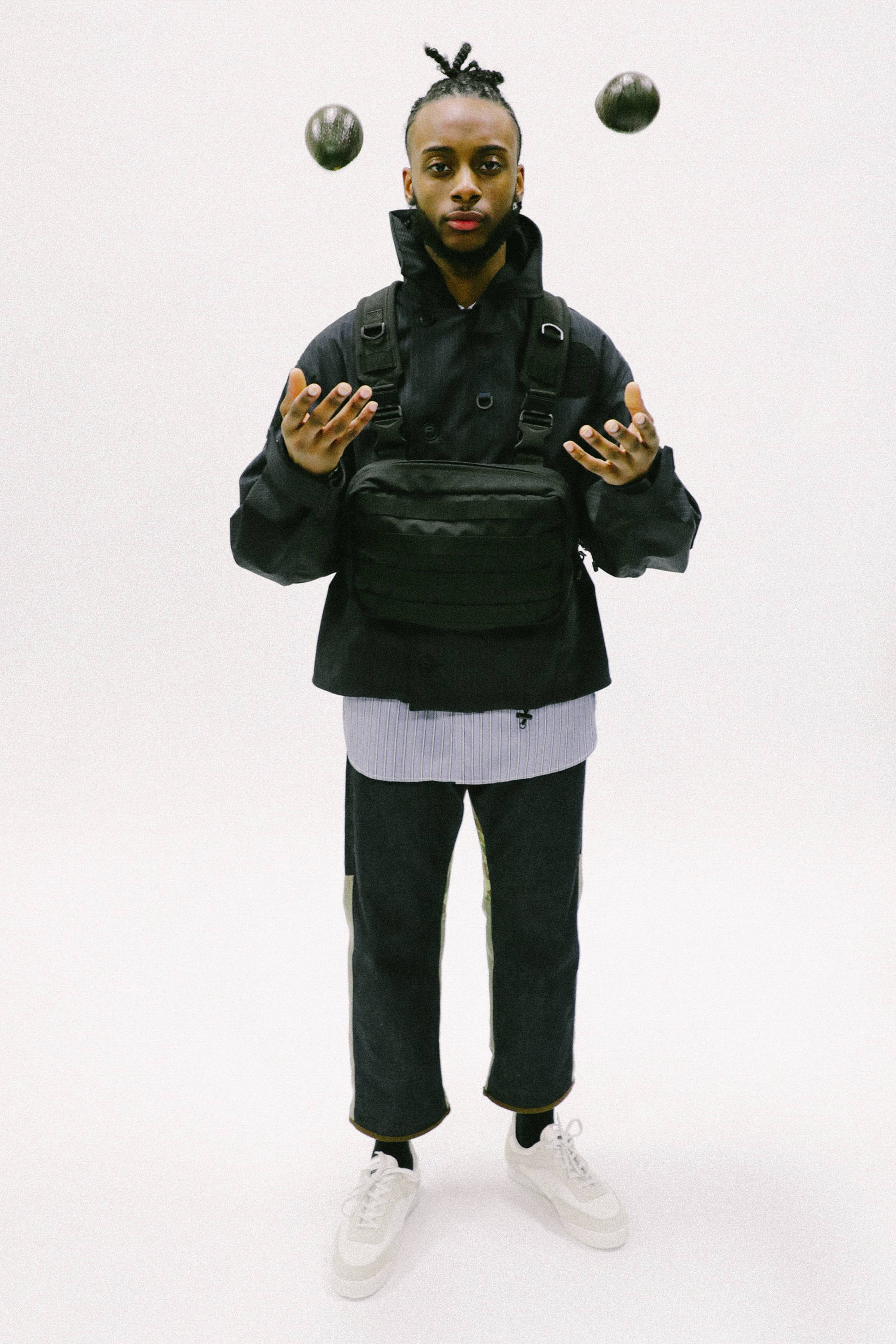 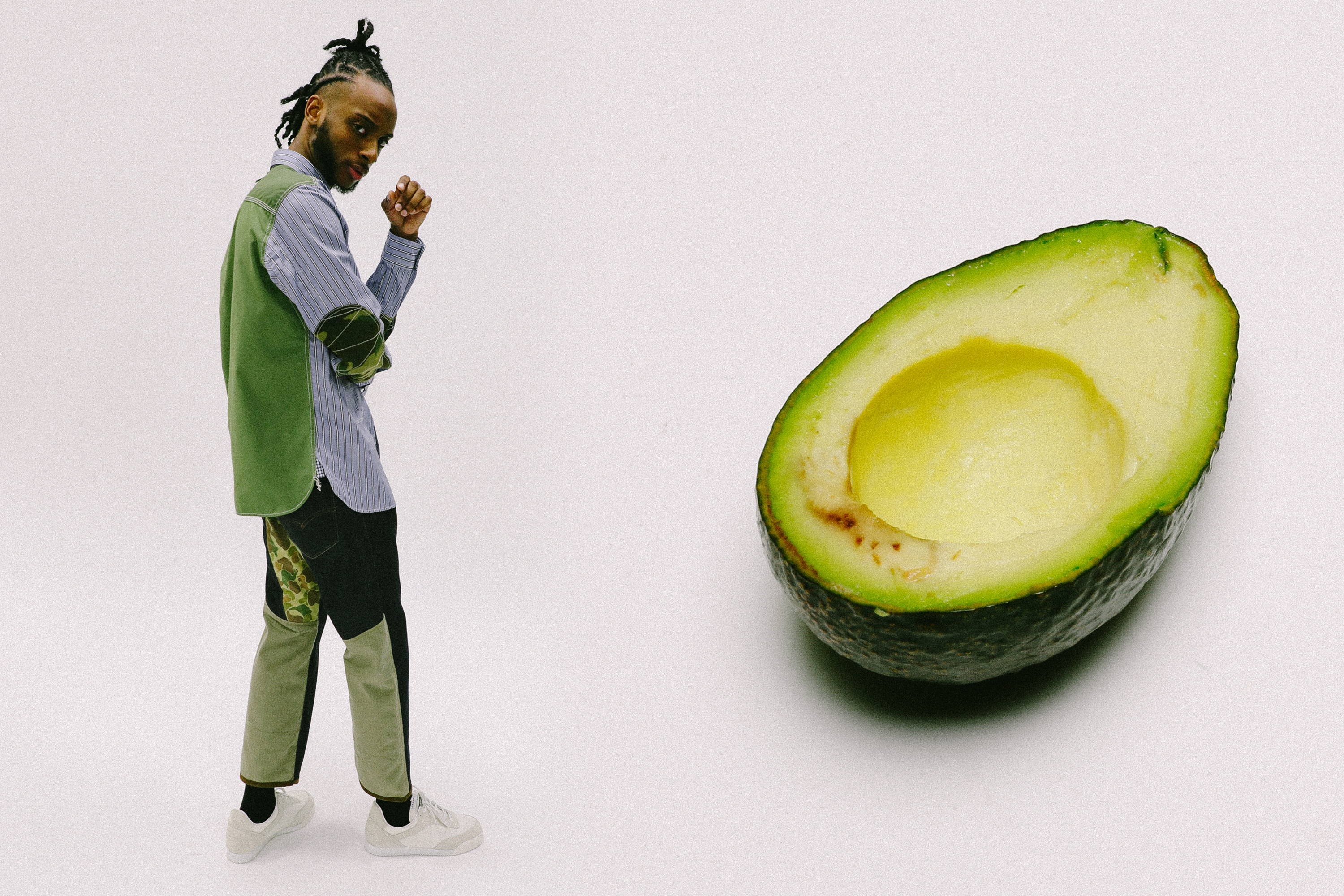 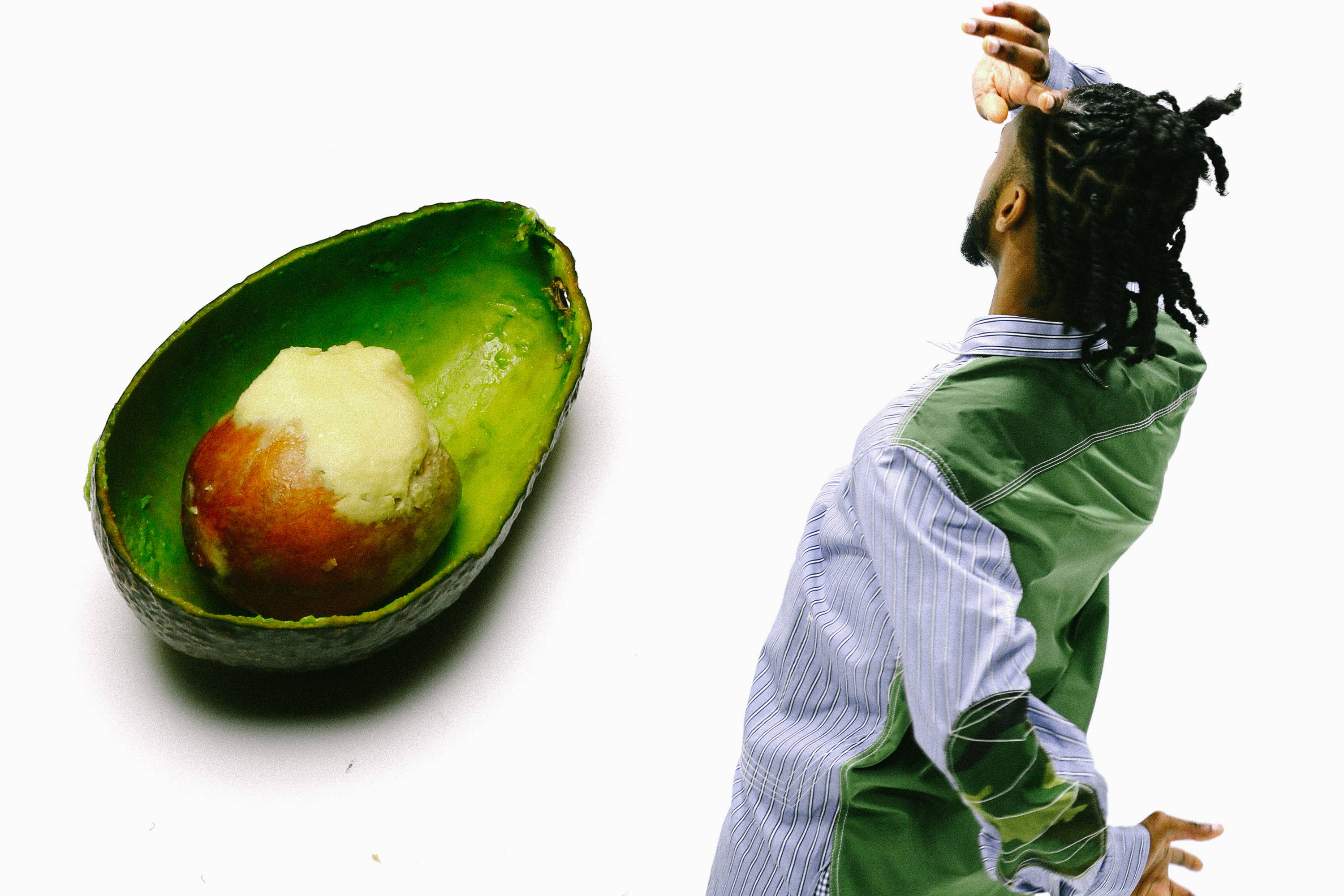 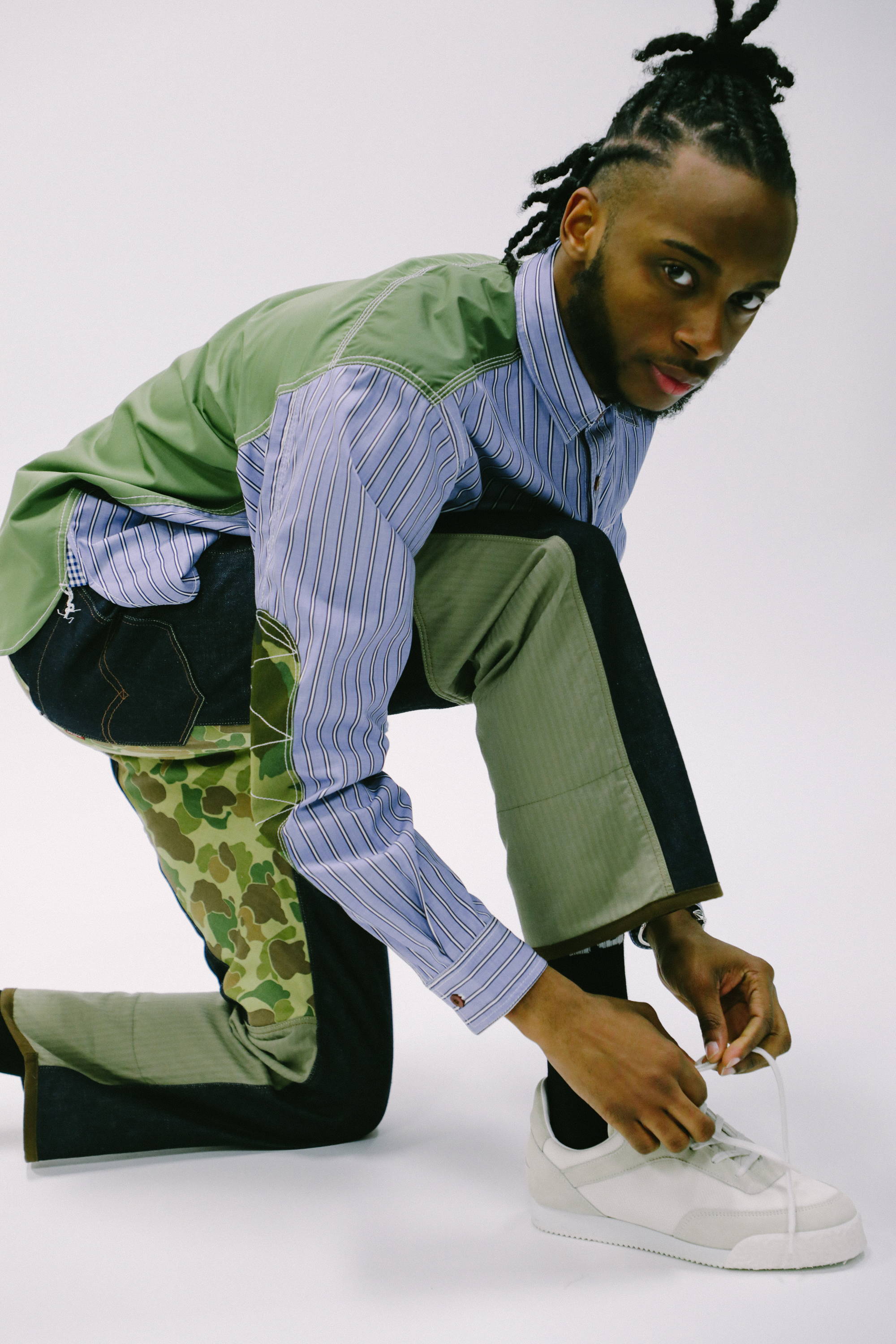 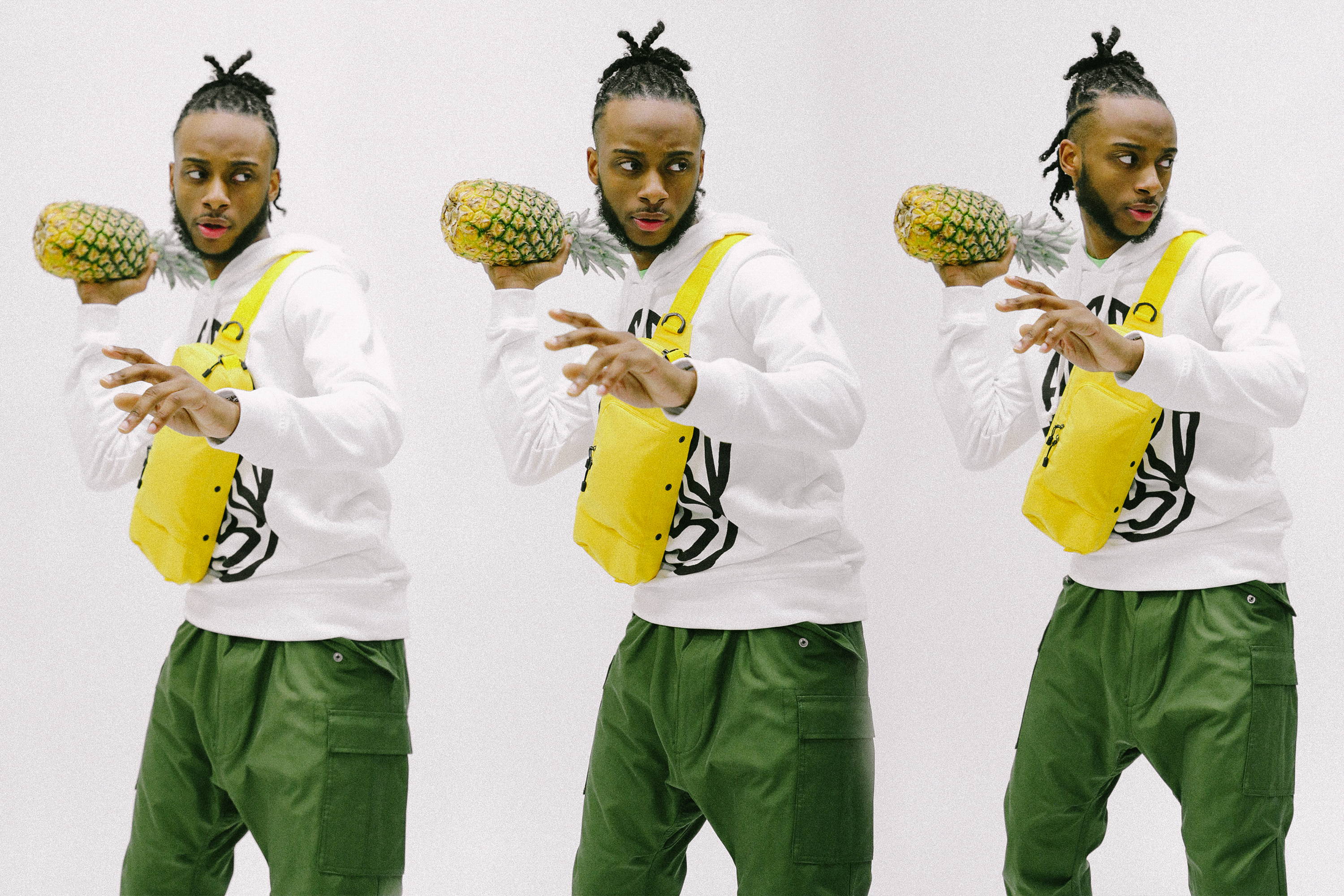 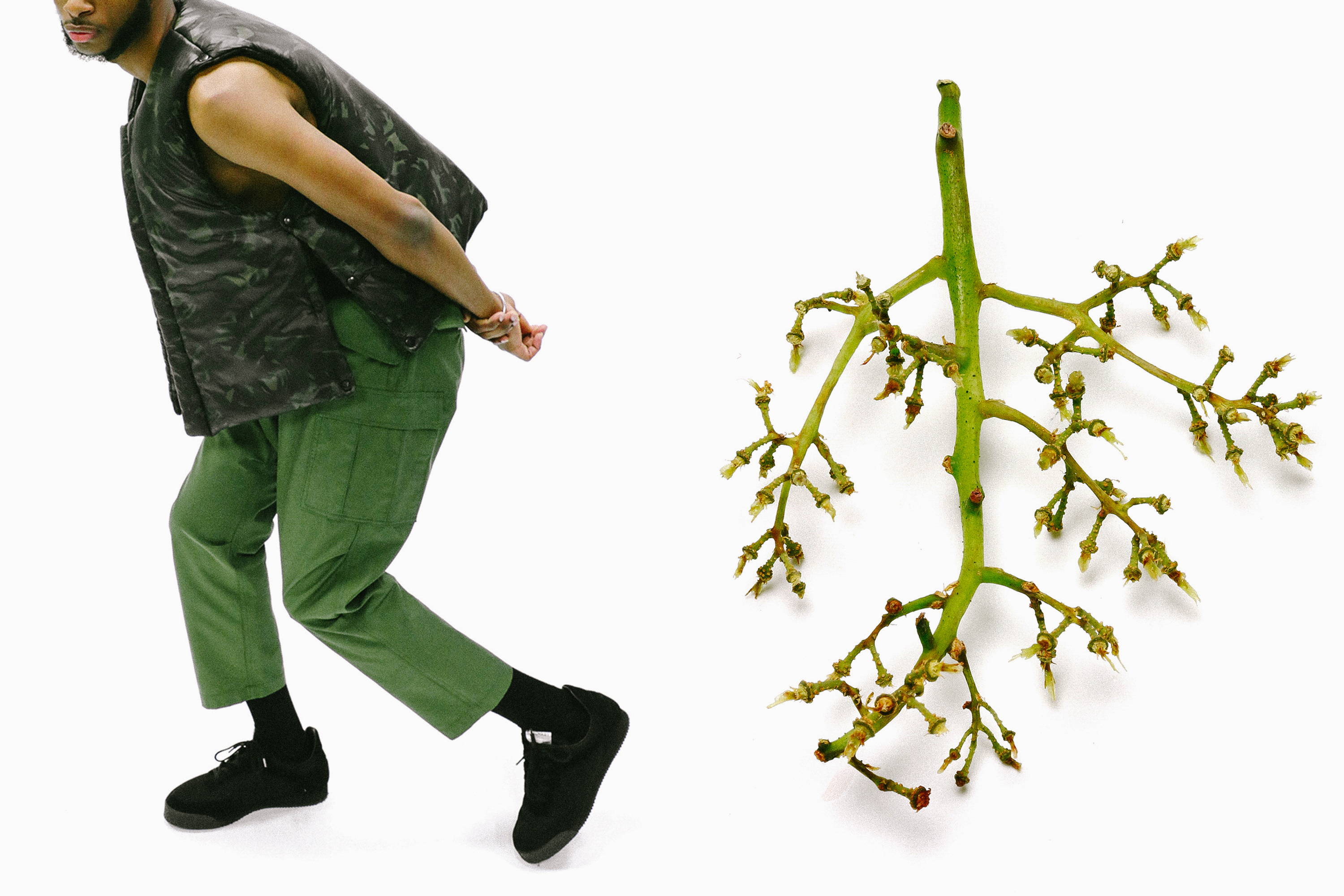 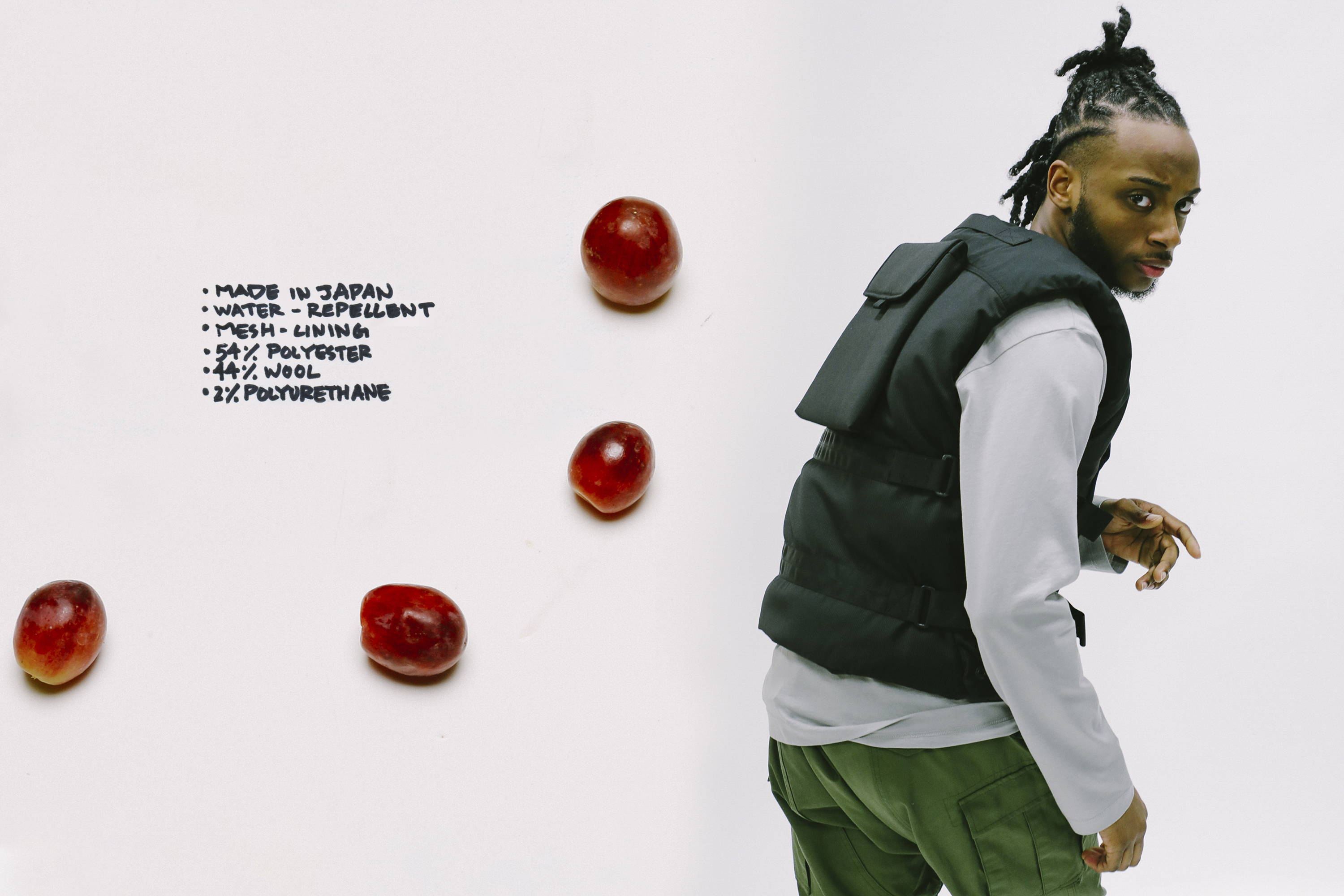 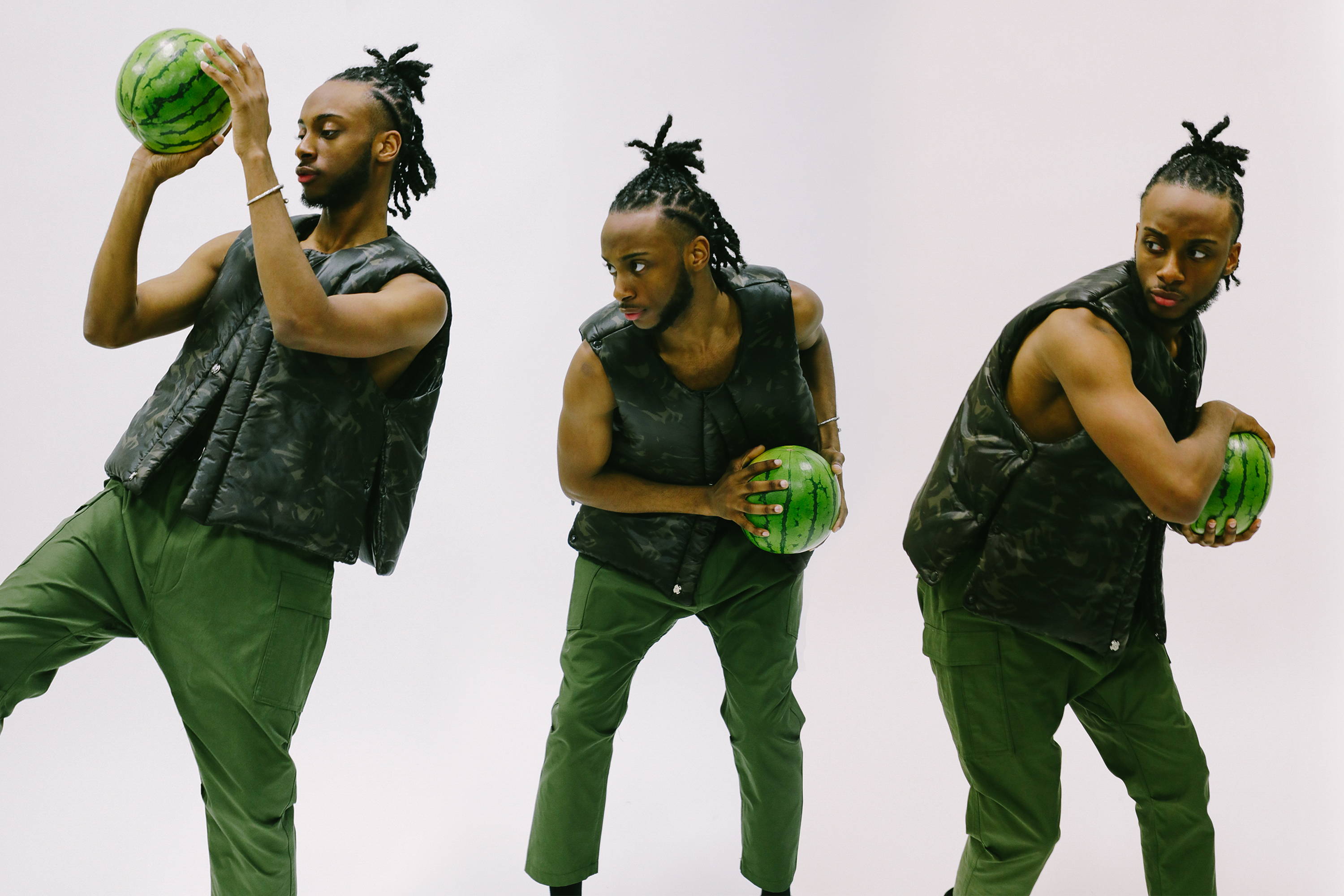 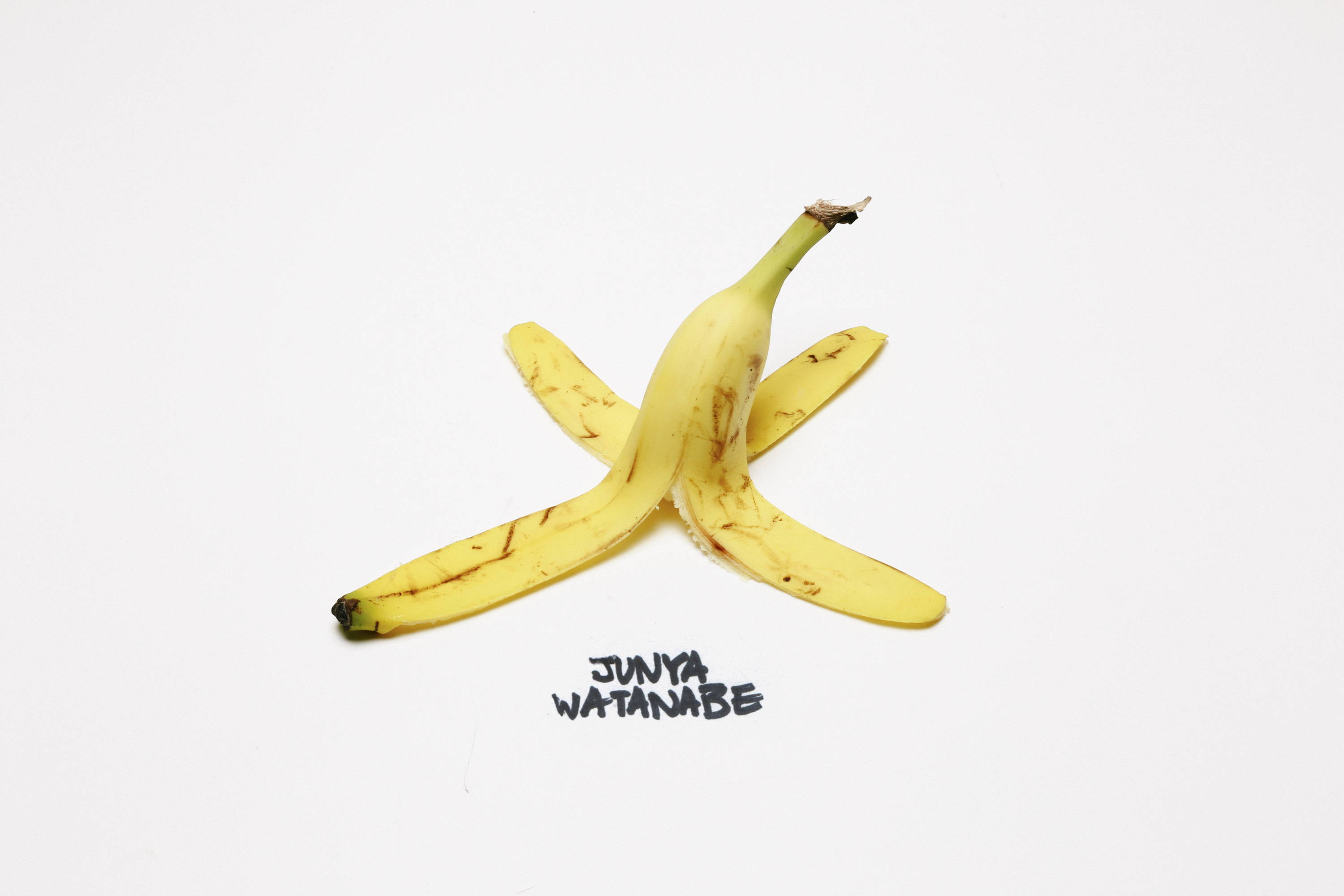