Any first come, first served product will release on the new arrivals page and the brand's collection page when available

A classic mesh/suede upper is outfitted in an early 80s casual colorway that accents a navy blue dominant upper with a pleasing shade of aqua. Perfect for pairing with high end sportswear like Italian made tracksuits, skiing sweaters and golf pants. Accents like a TPU heel support and nylon webbing three stripes that would go on to become a signature feature of many equipment range models, add a modernistic feeling that makes the ZX 10000C, truly, authentically, the next ZX shoe. 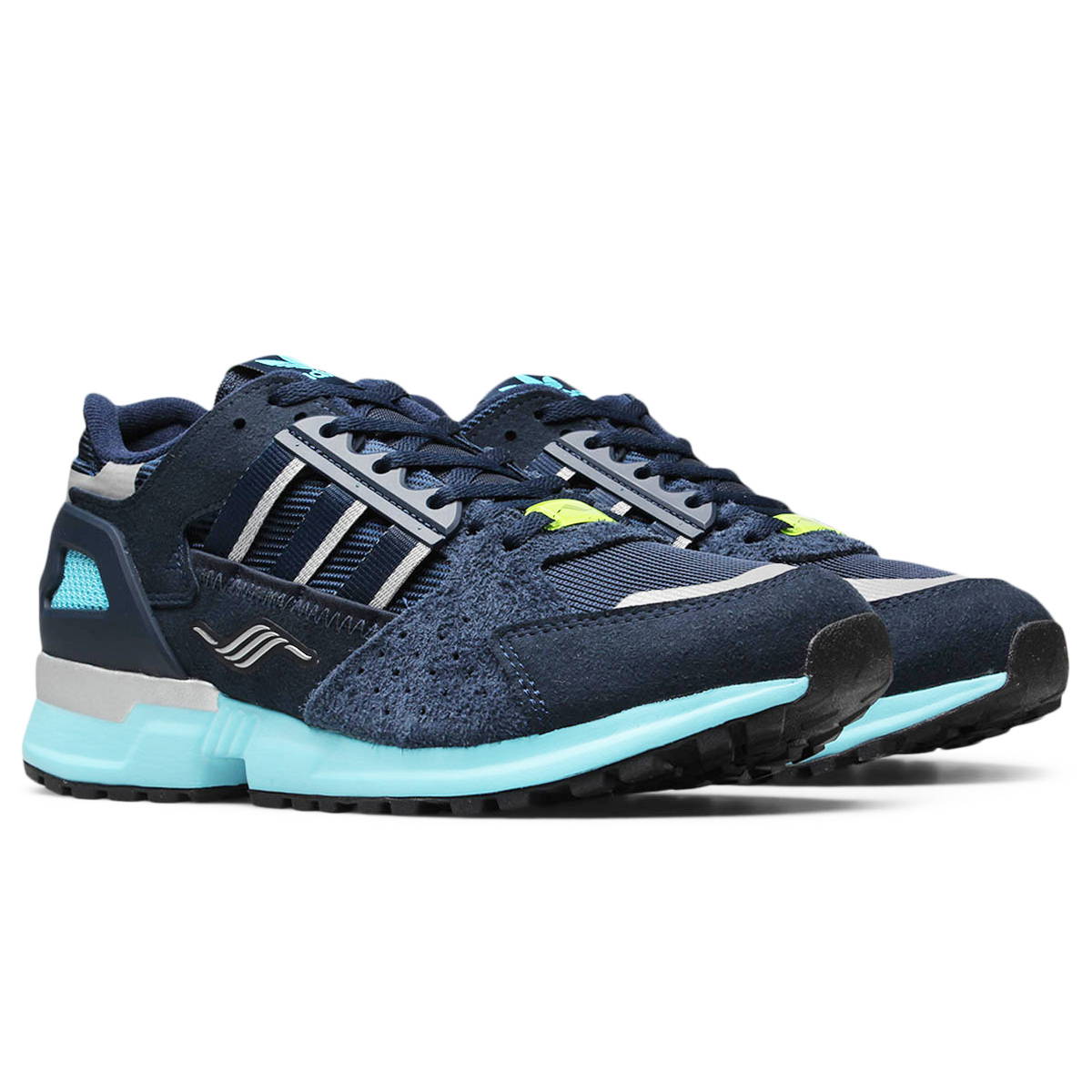 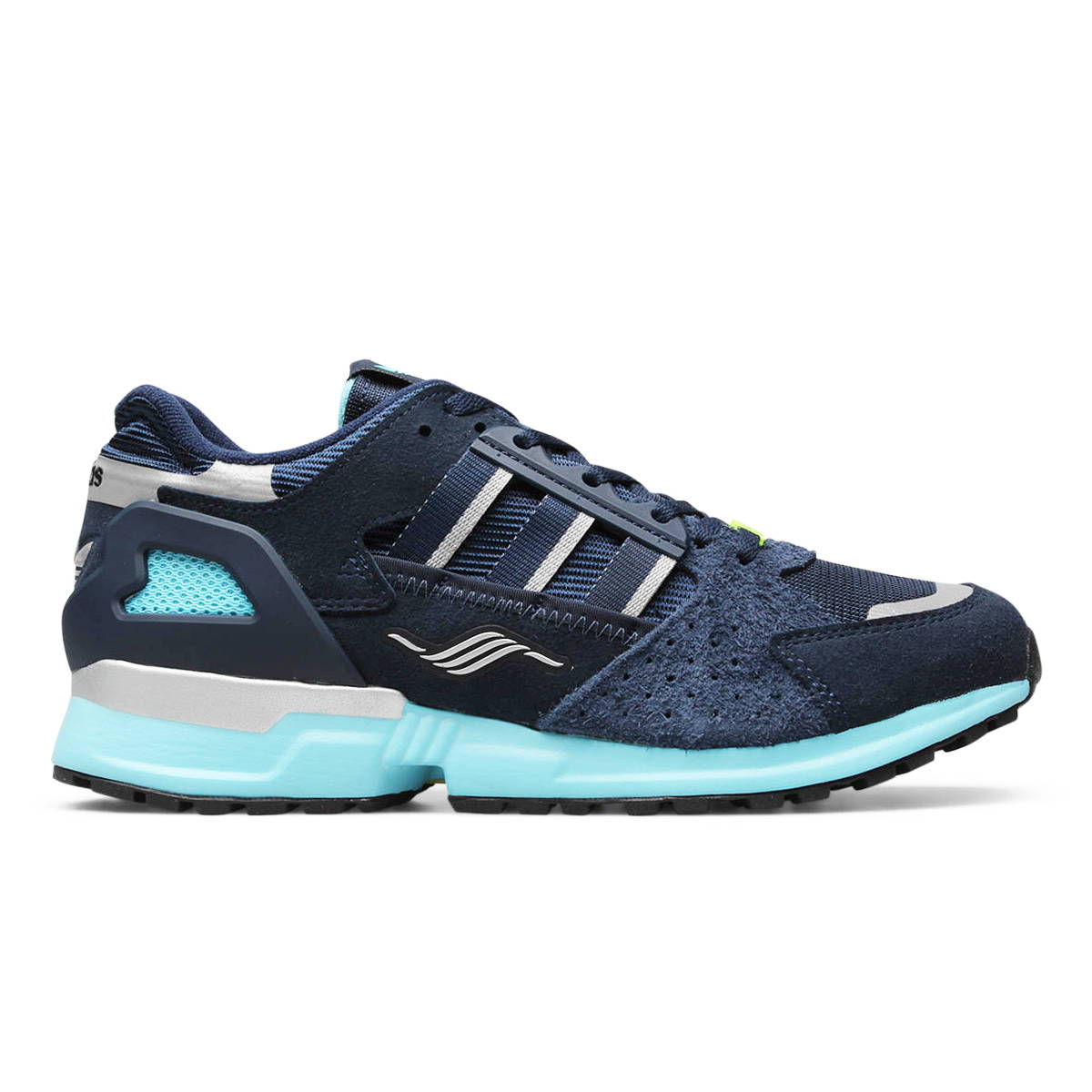 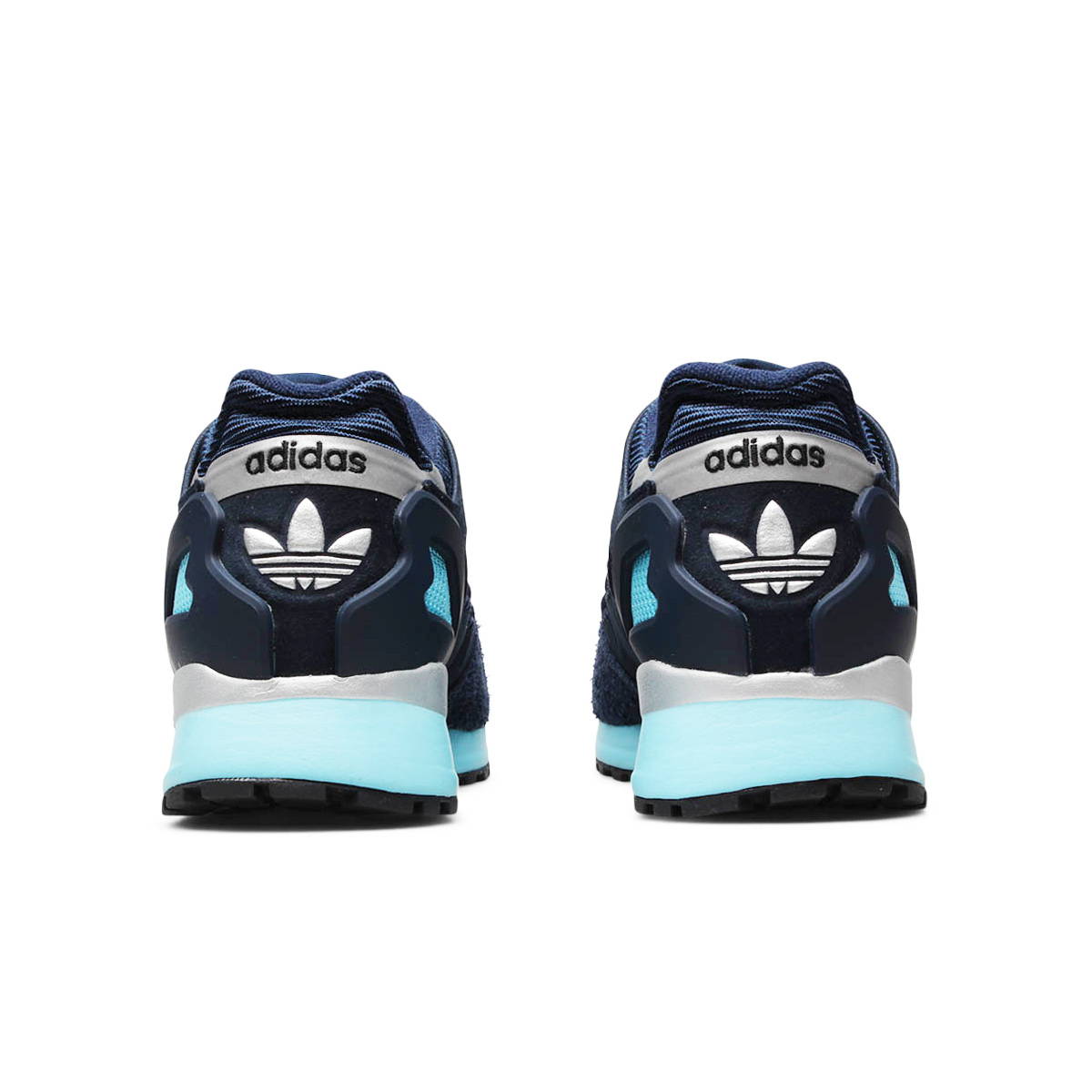 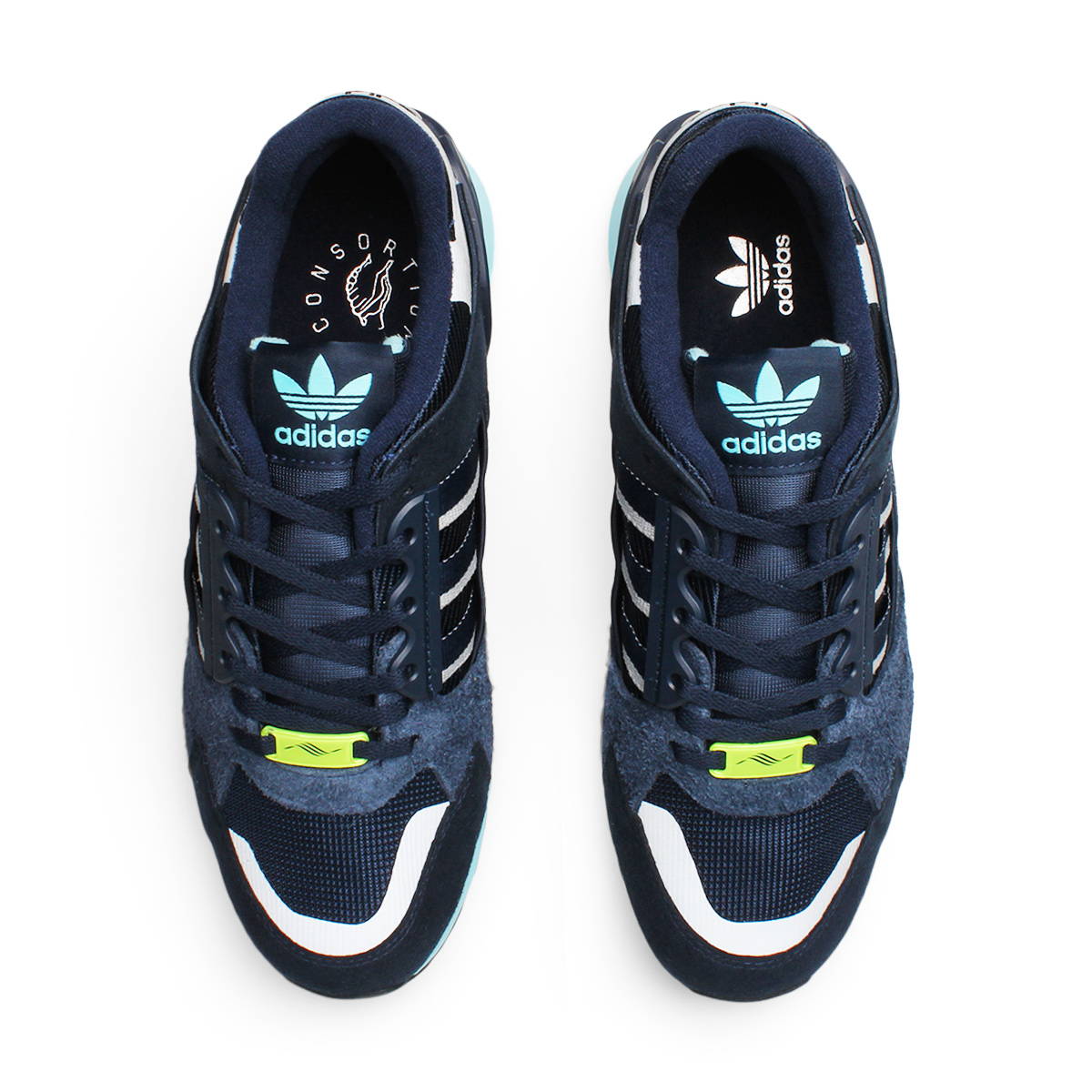