Island Green
Inspired by one predator of the jungle, and pushed further by another one of the jungle’s fiercest predators. Featuring Zoom Air and an ankle jewel that invokes a black panther’s eye, the Air Jordan XIII originally took its design cues from one of nature’s quickest cats, recalling MJ’s own pounce in the paint. The Island Green AJ XIII follows that OG heritage, but also reels in one of a tropical island’s most ferocious jungle predators: the crocodile. An Island Green suede heel, midsole and mudguard sits below a crocodile-like embossed leather upper, conveying the same speed, power, and fearlessness that MJ displayed night-in and night-out on the court. 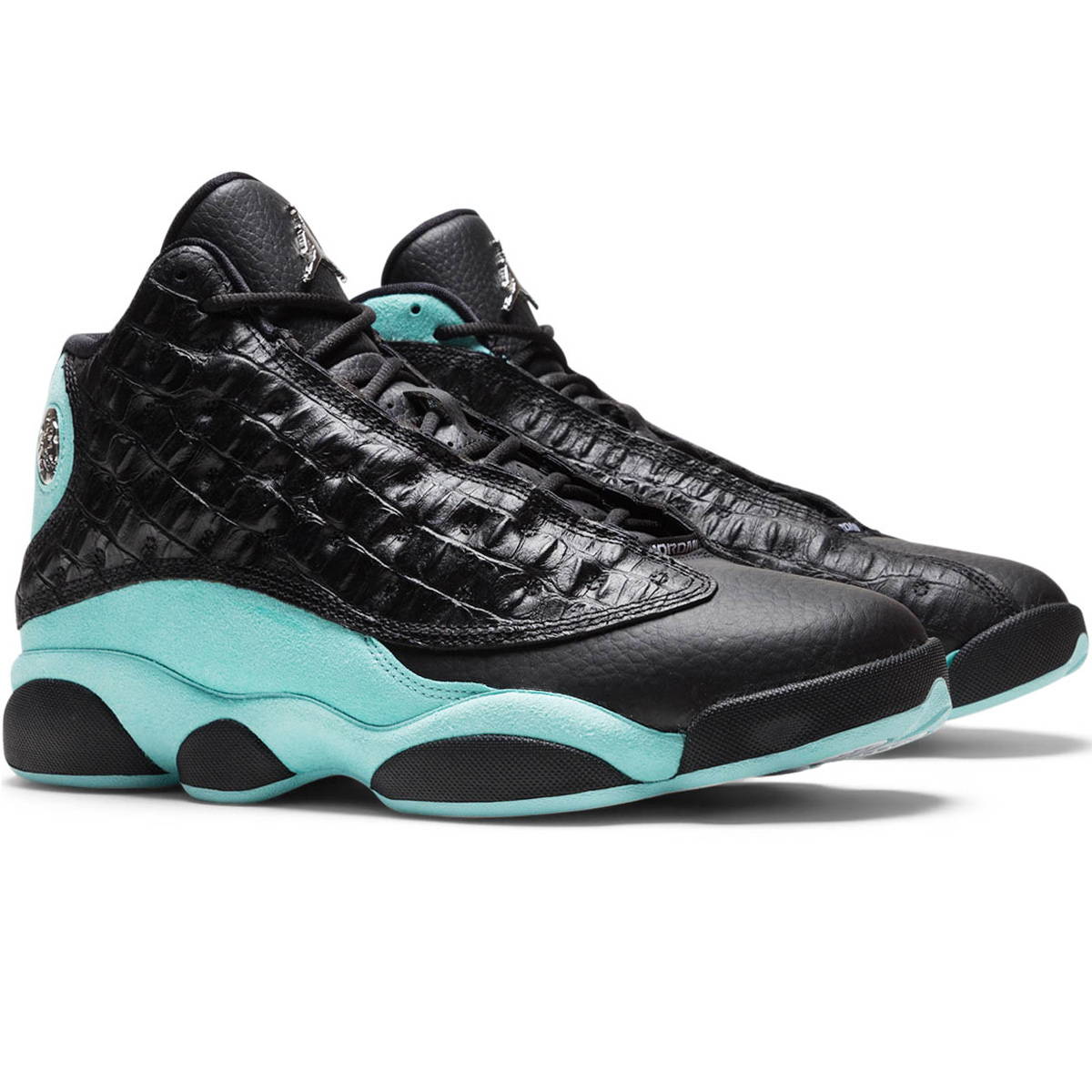 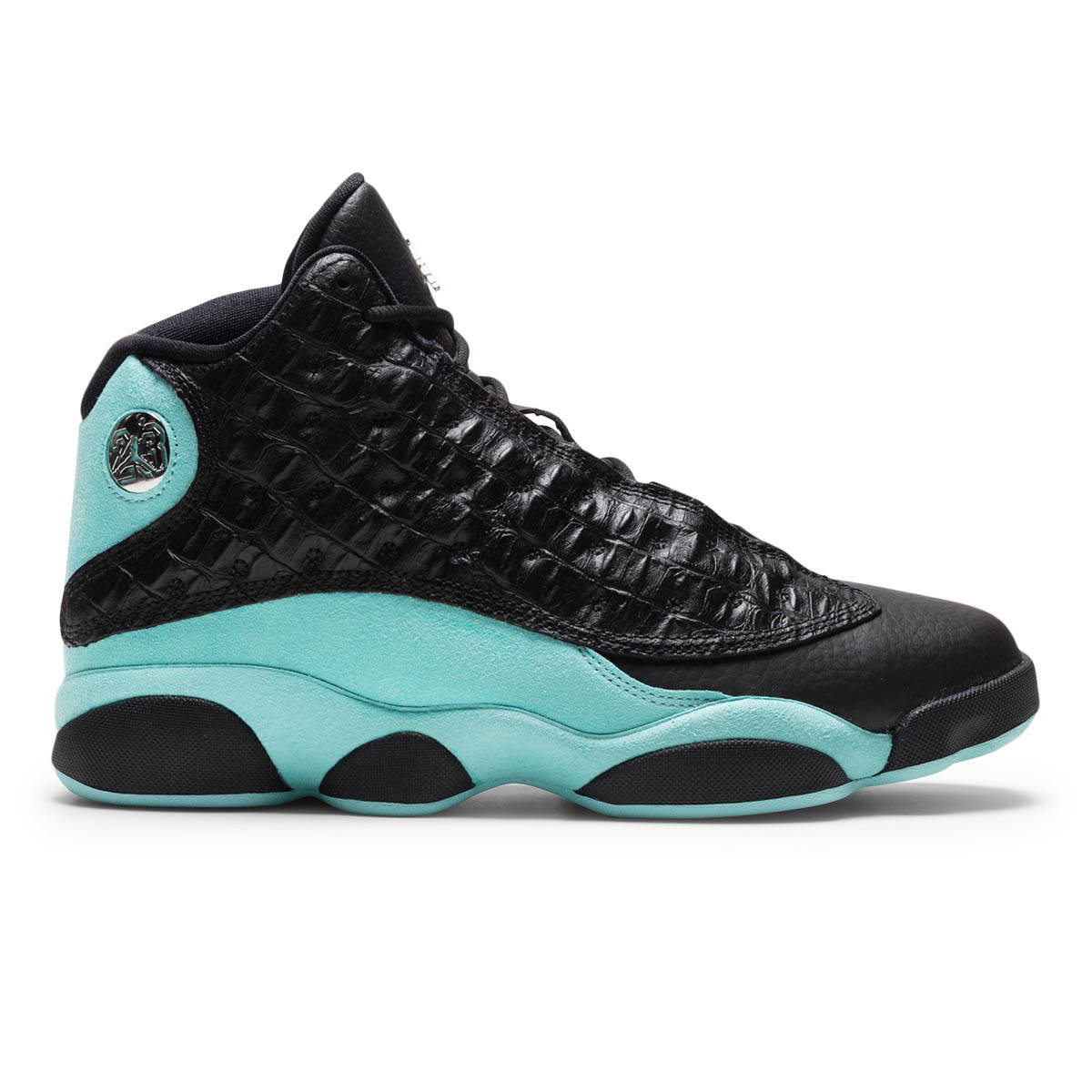 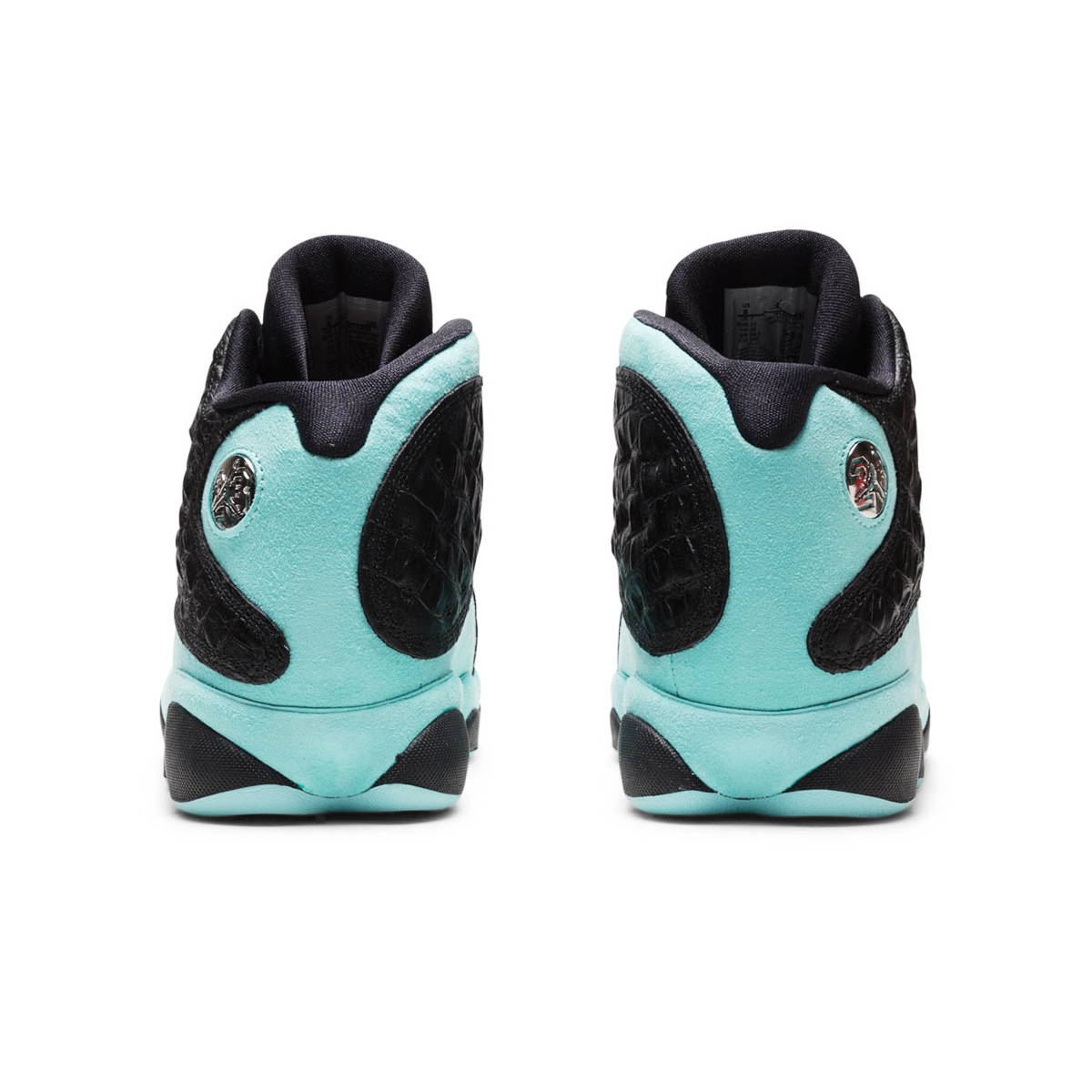 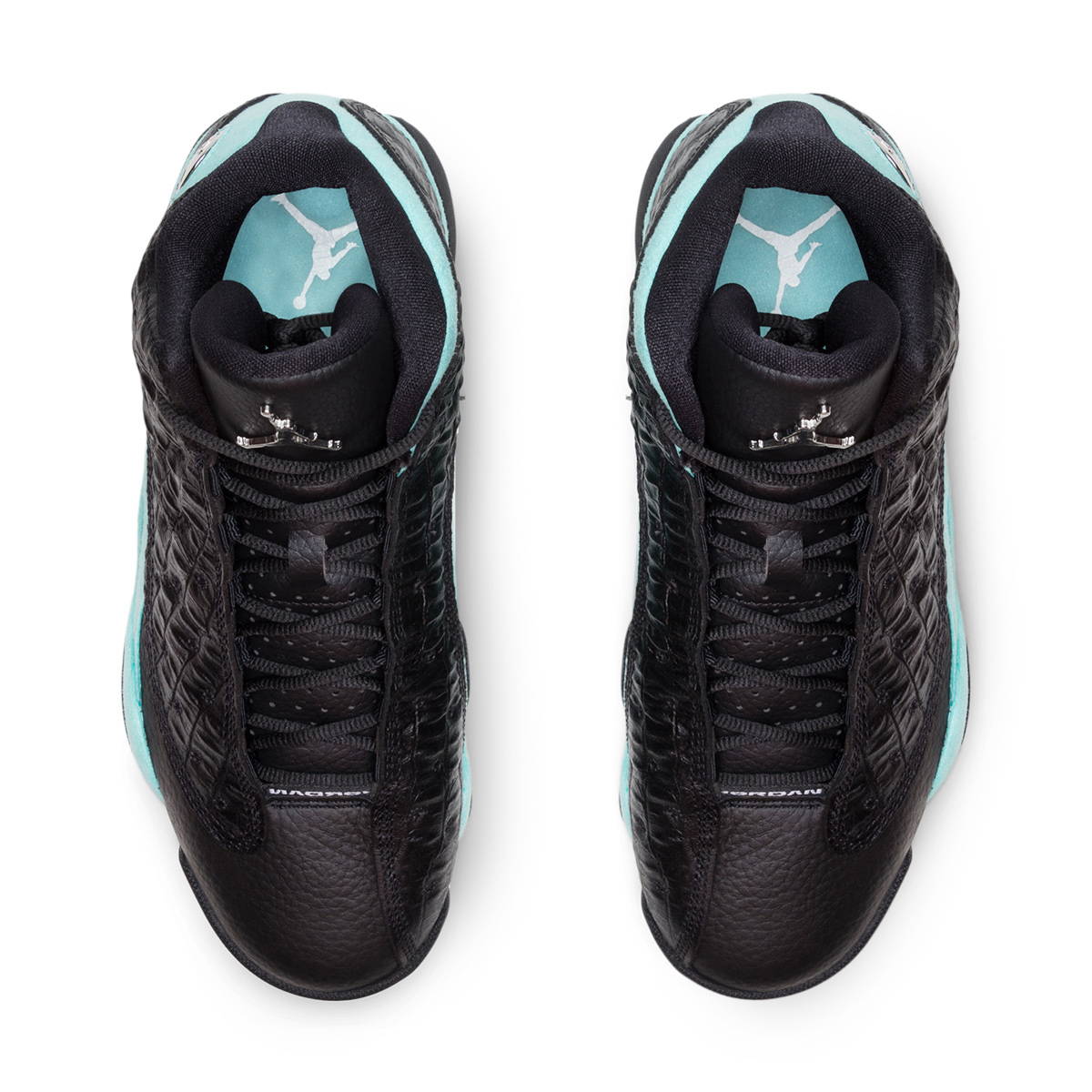