Earlier this year, As part of the ongoing, 30th anniversary Torsion festivities, Adidas made the hearts of longtime three stripes fanatics leap for joy with OG colorway reissues of the ZX 5000, ZX 6000, ZX 7000 and ZX 9000. To cap off the anniversary reissues, Adidas has resurrected the OG form of the ZX model conspicuous by its earlier absence, the legendary ZX 8000. The aqua, purple and yellow colorway is the apotheosis of the late 80s, and a fitting finale to the ZX anniversary reissue series. 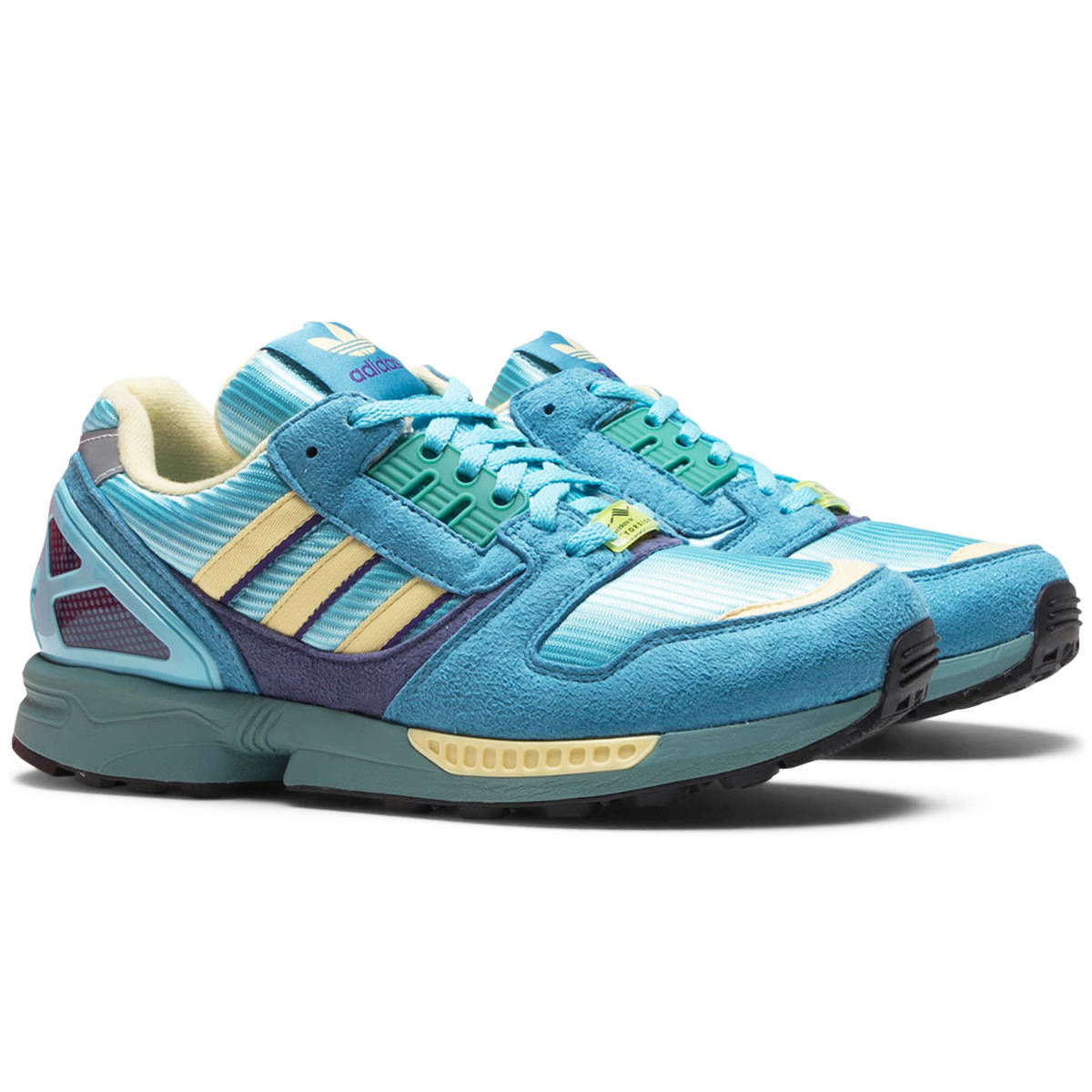 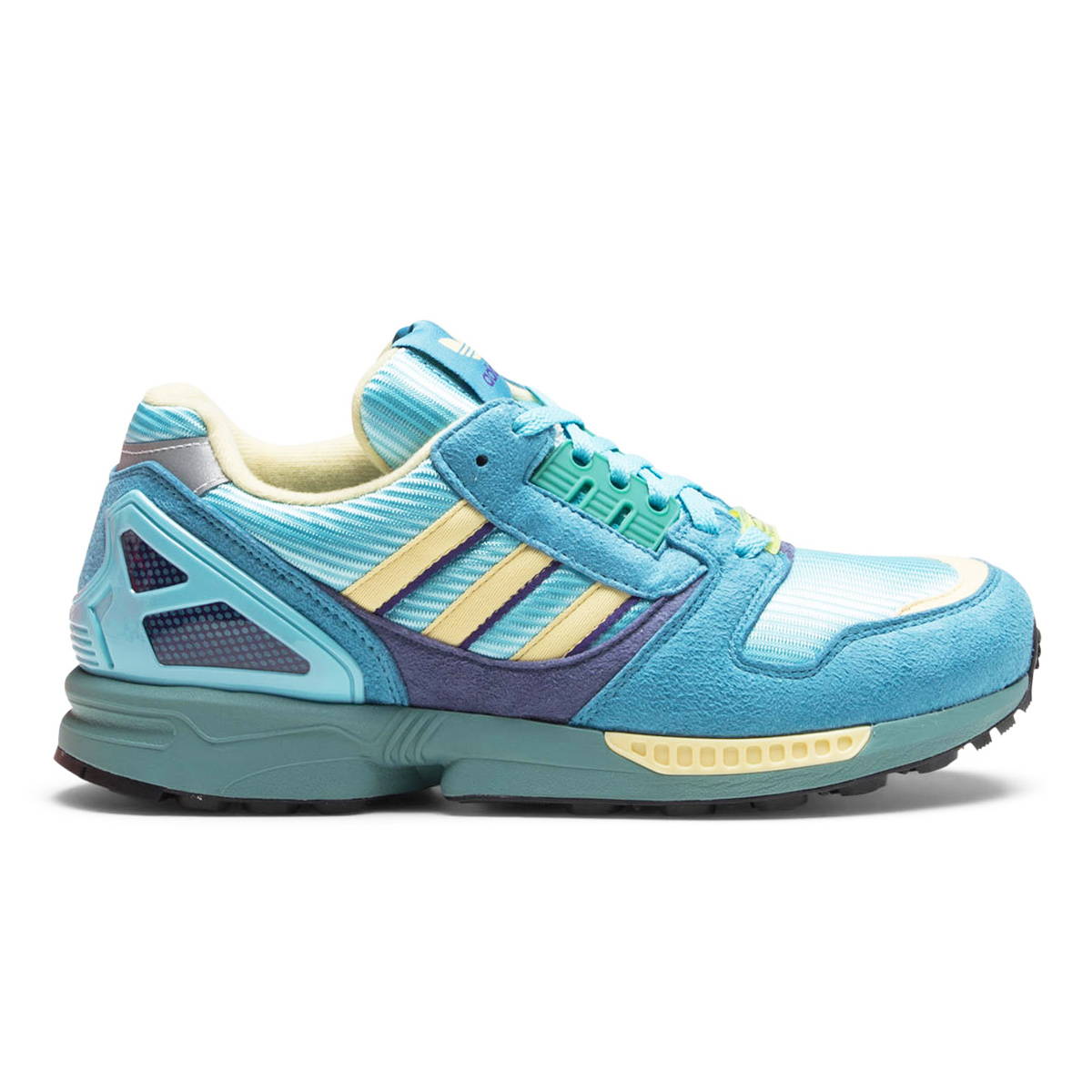 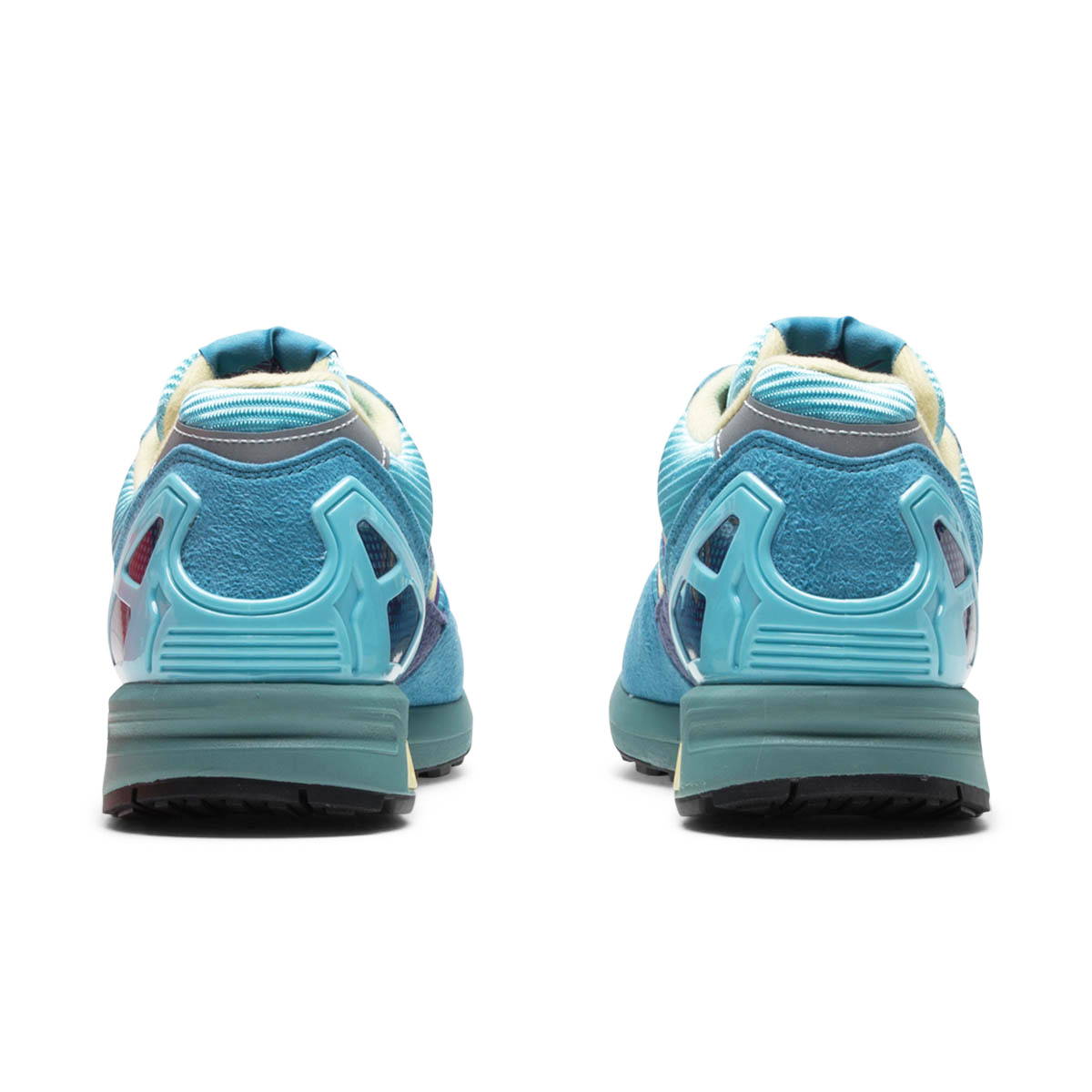 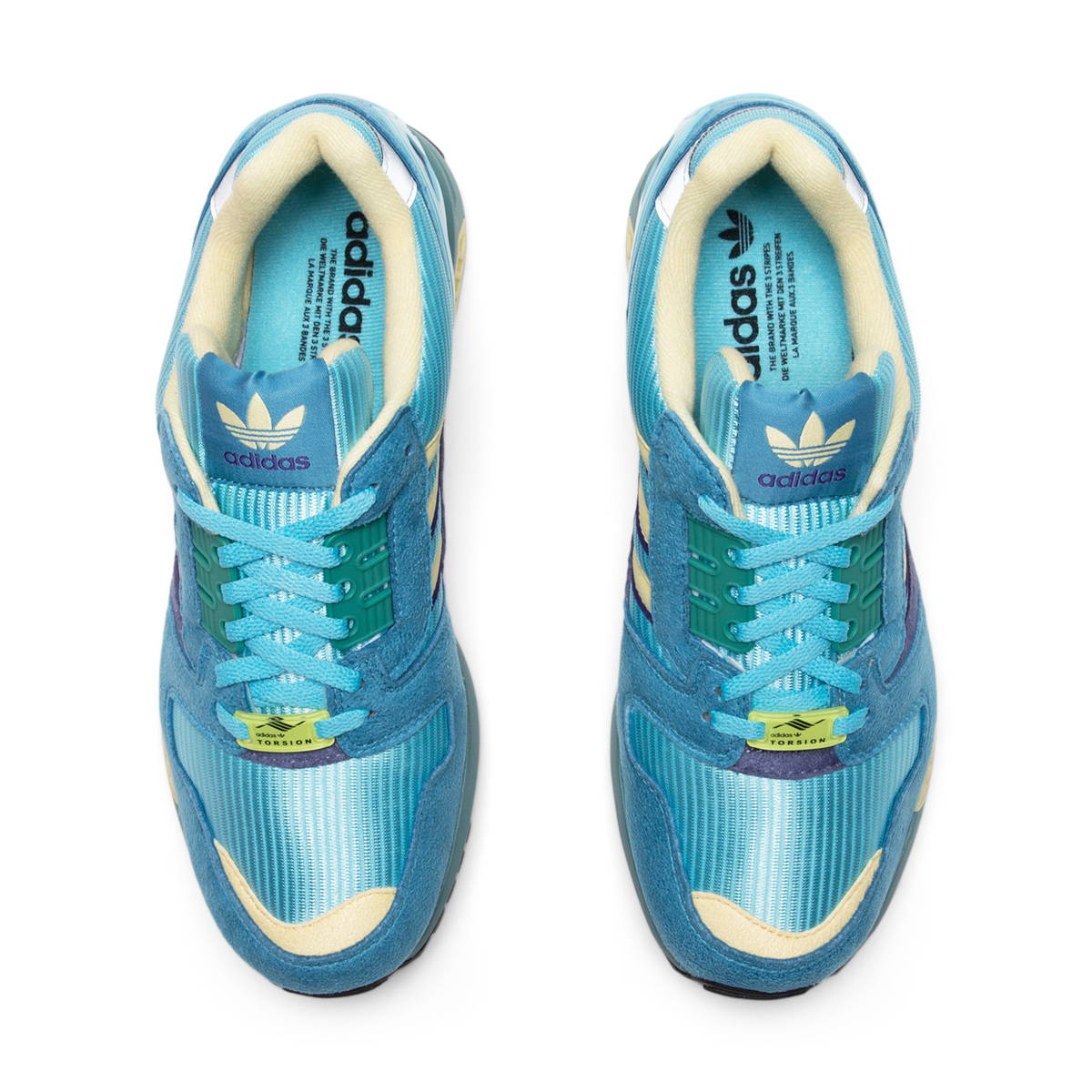