If there is one word capable of singularly defining what is euphemistically referred to as “the new normal” of “these unprecedented times” that we find ourselves living through, that word is essential. With even the simplest of every day activities, that could formerly be taken for granted without a second thought, affected by the need to mitigate risk, every single action that you undertake and every item consumed is viewed through the lens of is this absolutely necessary? To have shifted gears so suddenly from a world where seemingly nothing was off limits has proven to be a jarring mental experience. Of course, it isn’t just our immediate, physical realities and daily grind that are being challenged; any preexisting structure is open to a thorough reexamination.

Enter the always reliable concept of all-terrain urban utility. It is very easy, nearly to the point of being instinctive, to adopt a cynical, skeptical posture around these phrases. There is a certain advertising buzzword aura about them that suggests that they were released, fully formed, into the world by suspender clad, gel slicked back hairstyle sporting ad execs in about 1987 to sell mountain climbing equipment and large vehicles to white collar workers who lived on the upper floors of luxury, urban high rises. This interpretation of utility, which allows the user to spontaneously and effortlessly flit back and forth between environs, is dependent on a purely acquisition based conception of daily life. You too can have it all, provided that you are prepared to seize the opportunities that present themselves at any given time. This is grabbing something because it is simply there to be grabbed.

While the window dressing of urban utility may be a purely modern creation, the urge to temper the conveniences and confines of civilized life through a reconnection to the natural world is not. In fact, it’s an urge as old as human civilization itself. That’s not being said facetiously; you can find themes of the corrupting influence of civilization as far back as the circa 1800 BCE epic poem, The Epic of Gilgamesh, otherwise known as the earliest surviving, significant work of literature in all of human history. You can find exhortations to reject the artificial surroundings of civilization and return to a more primal state in philosophical movements dating from ancient Greece and Rome, right up to the “off the grid” movements of the modern day. While not nearly as dramatic as a wholesale rejection of all civilized living, the concept of multi-environment, flexible functionality that is something that allows even the people who are the most thoroughly enmeshed into the daily workings of contemporary life, an outlet for expressing an impulse that is deeply ingrained in the human psyche.

The latest collaborative project for Bodega and New Balance is centered around adapting the spirit of unbridled, go anywhere, multi-environment utility into an age of careful deliberation and collective responsibility. The X-Racer silhouette, a recent addition to the New Balance line-up offering a streamlined take on the overtly technical, speculative future designs of the late ‘90s and early 2000s, exchanges a featherweight, mesh/synthetic overlay construction for a more robust mix of outdoors ready suede and ripstop, with nylon webbing, rope laces and a detachable, snap-on nylon tongue strap. An accompanying range of co-branded apparel offers sportswear staples: track bottoms, tees, hoodies, along with zip cargo pocket equipped vest and shorts, featuring vintage, East German rain camouflage fabric, which puts a novel twist on an eternal streetwear fixture, while emphasizing the outdoors element. 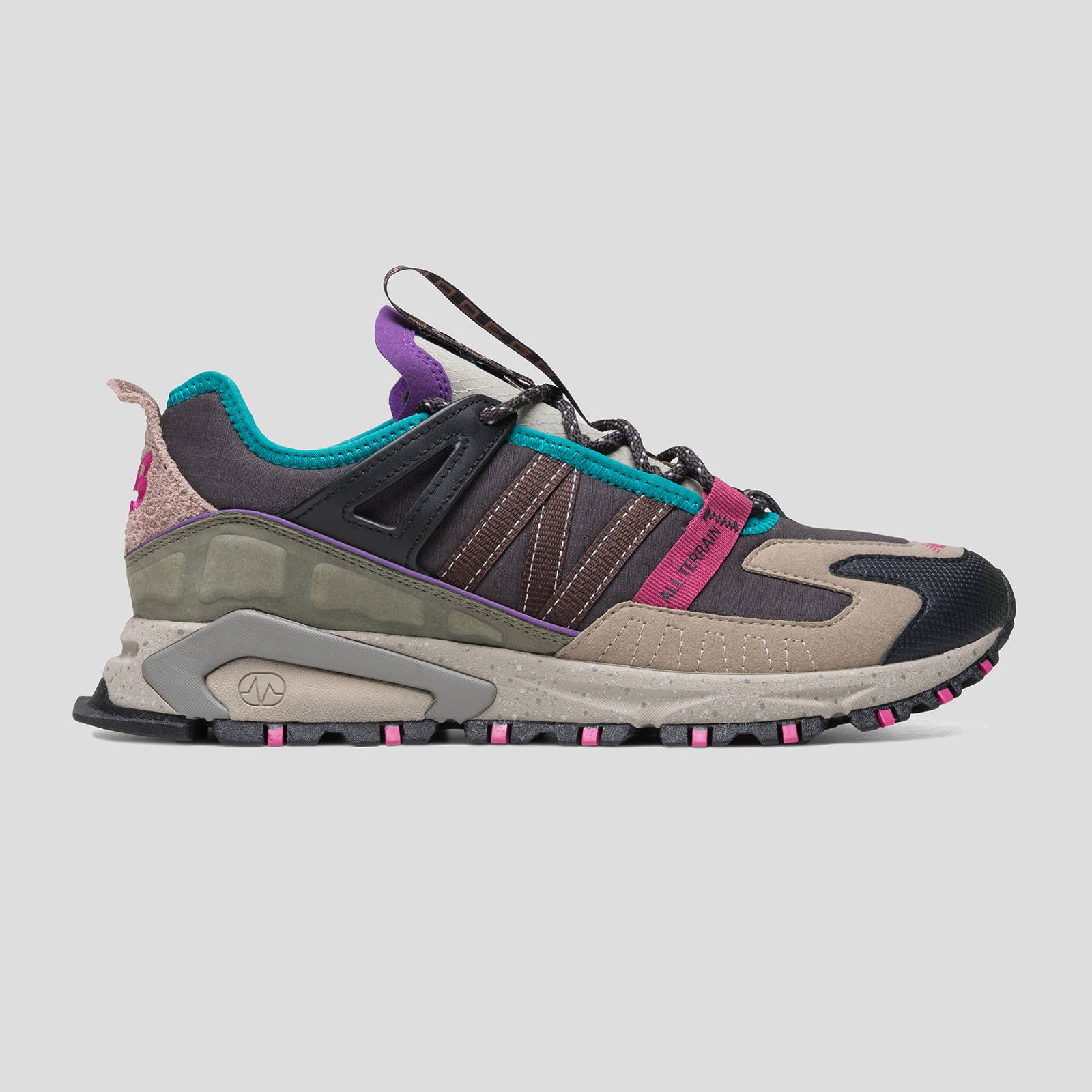 The mixed material approach to adaptable functionality reflects a clarity of purpose rooted in a DIY background where “just because” meandering represents a careless use of limited resources. The new all-terrain ethic is one which recognizes the limitations of each respective environment, and travels from one to the other with a full appreciation for the opportunity to do so, and for the effort expended. This is not grabbing something because it is there; this is grabbing onto something because it might one day not be there. This is multi-environment utility for a new era.

This new vision of utility has been brought to life in visual form by acclaimed, award winning director Chris Read, with a multi layered and textured film that utilizes multiple layers and textures to create a moving, visual patchwork of imagery and location. 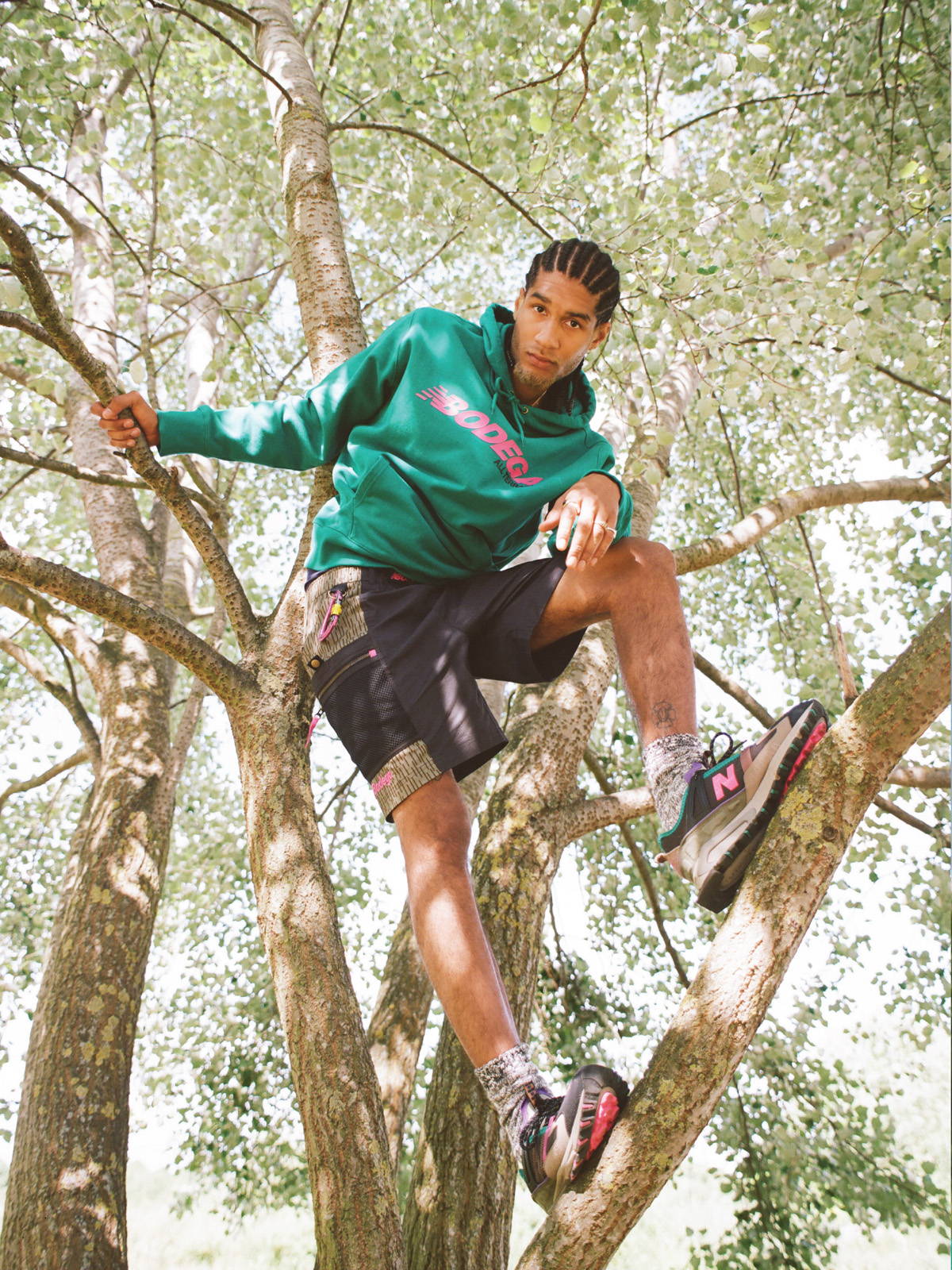 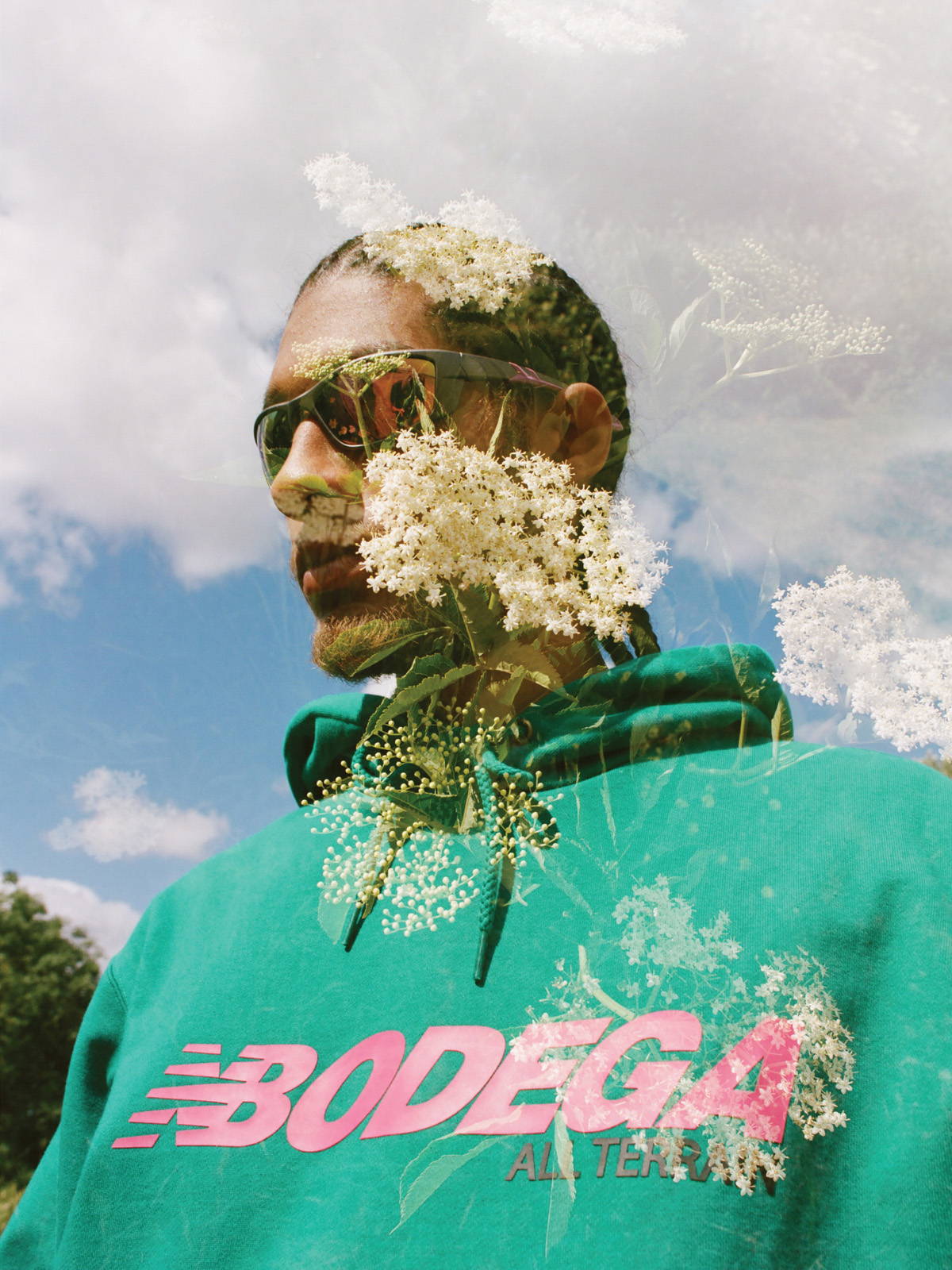 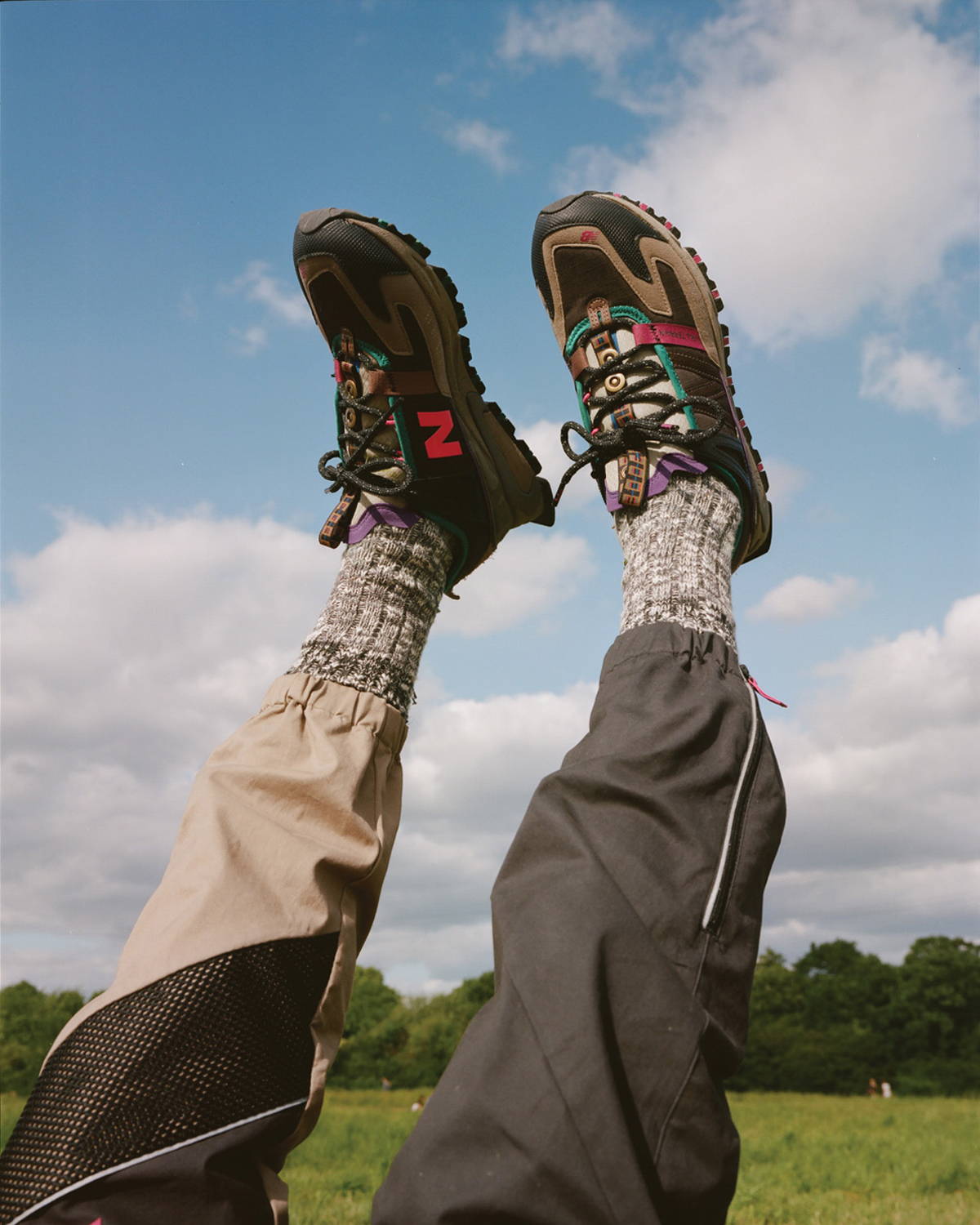 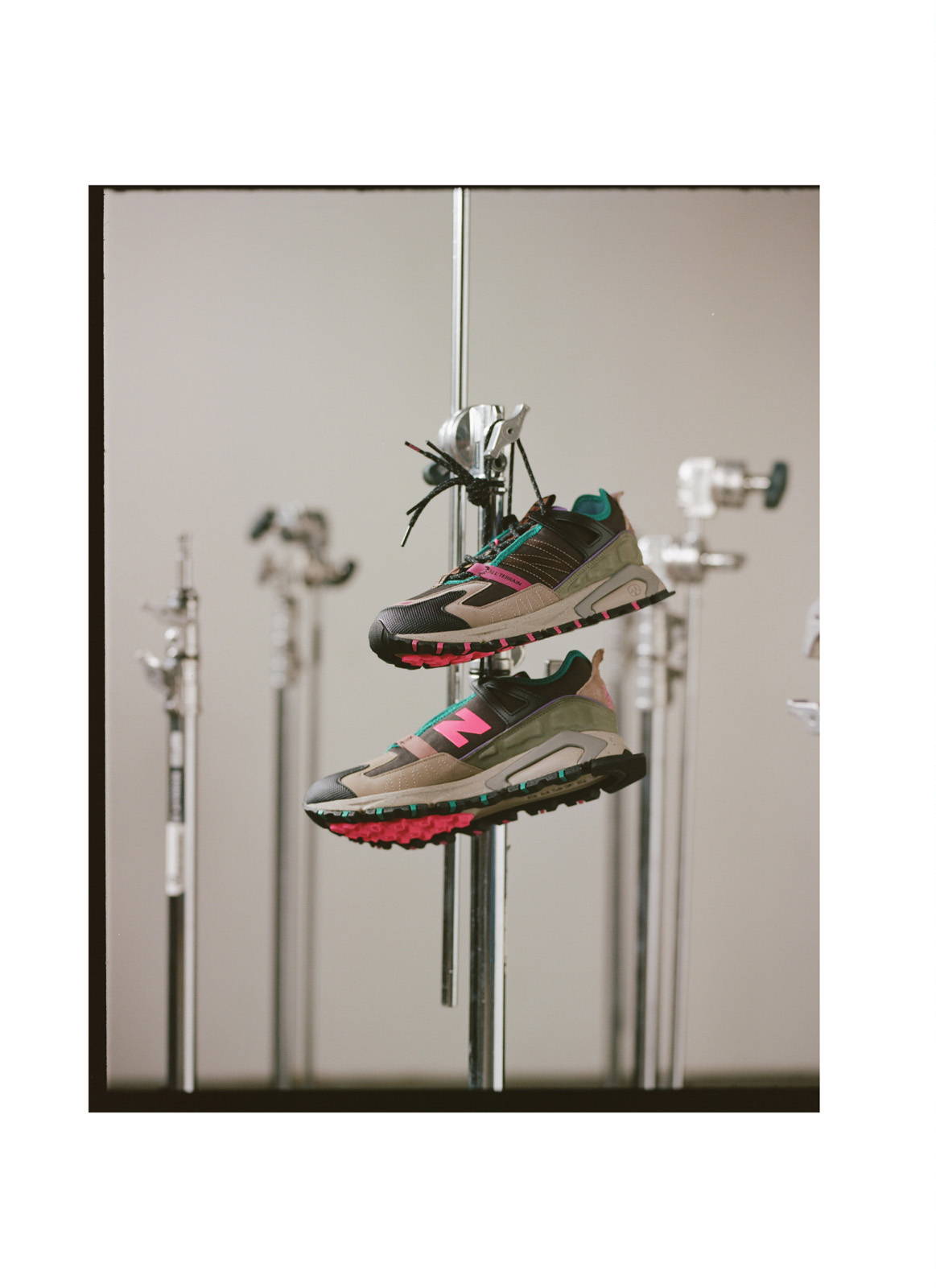 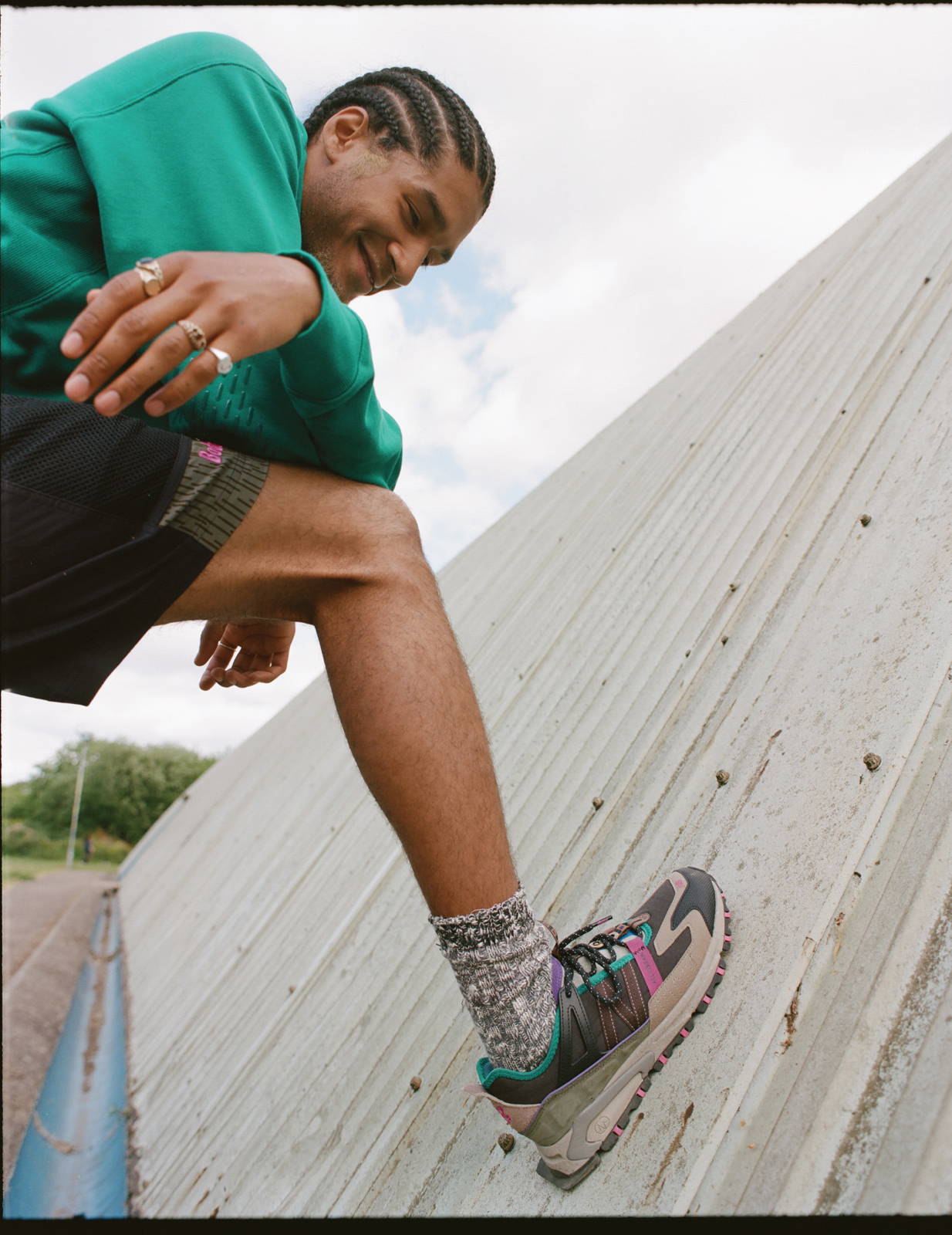 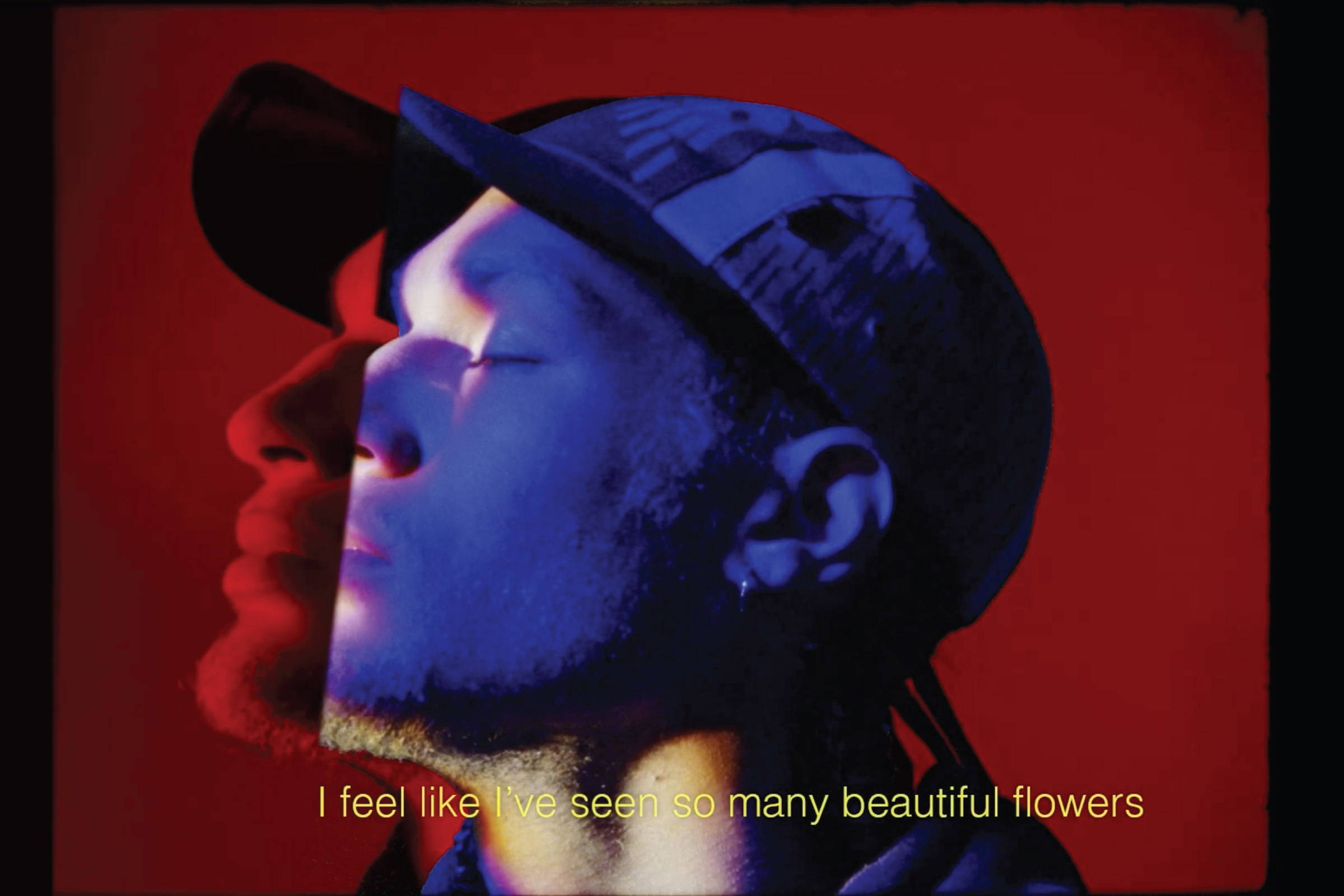 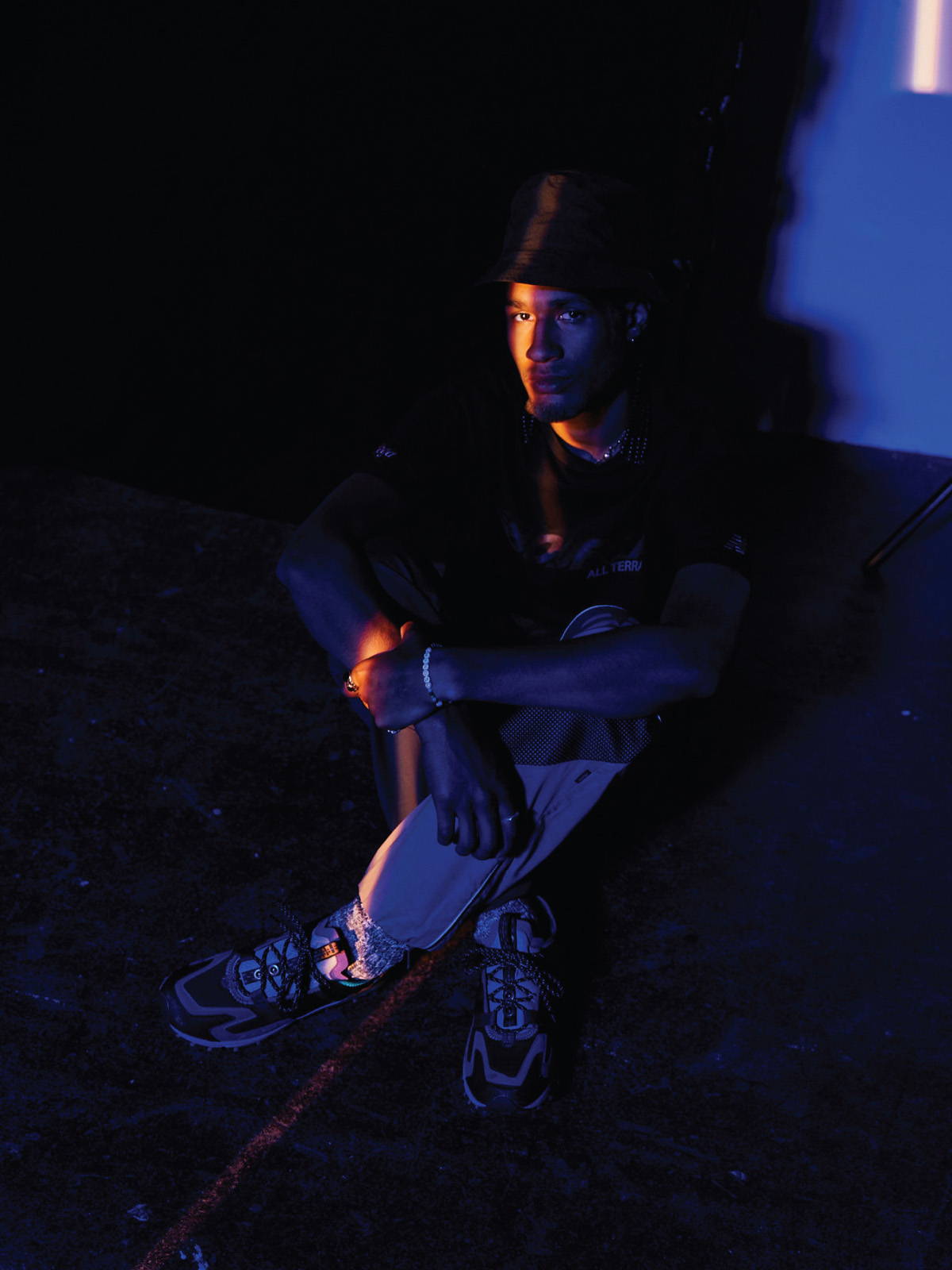 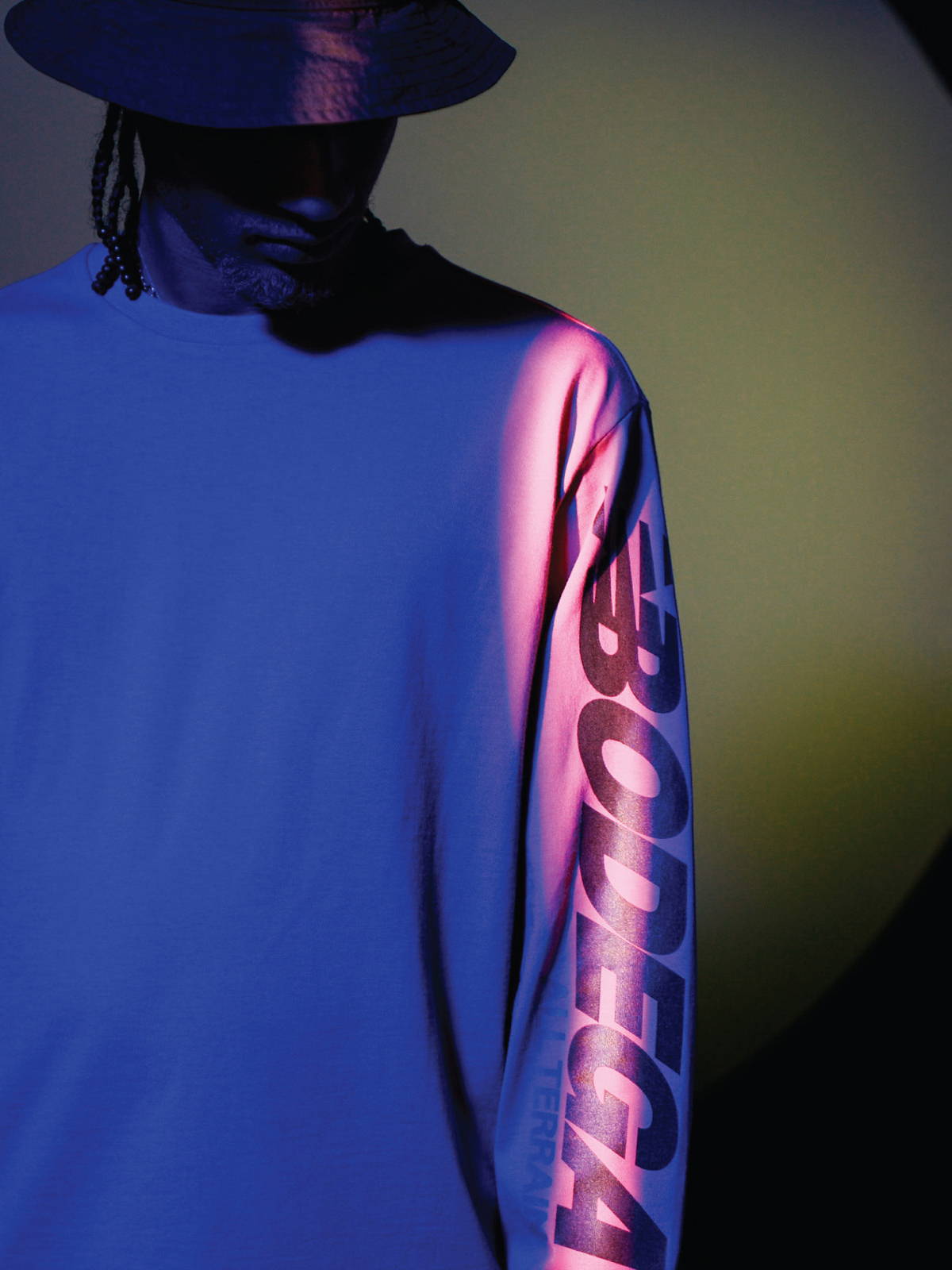 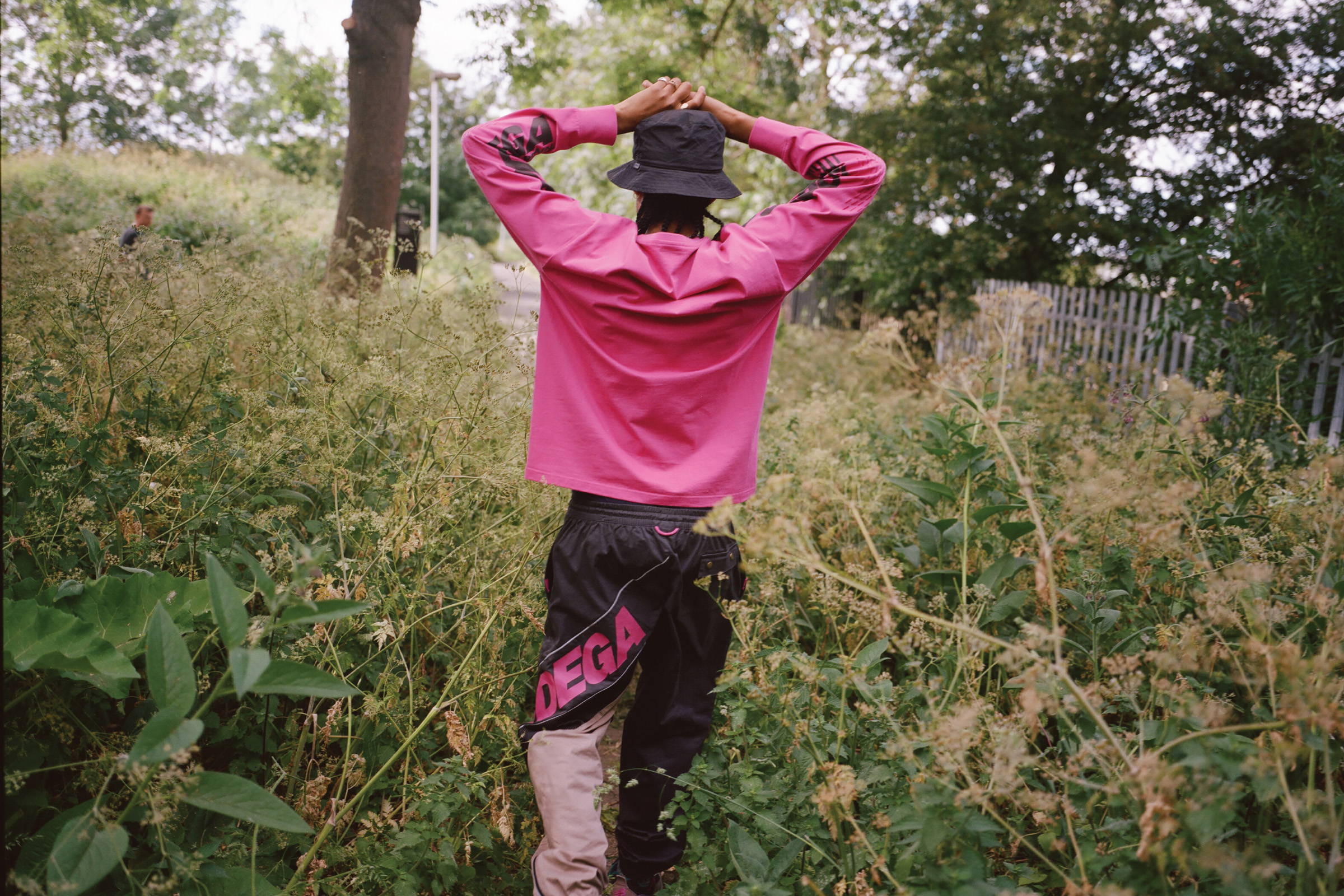 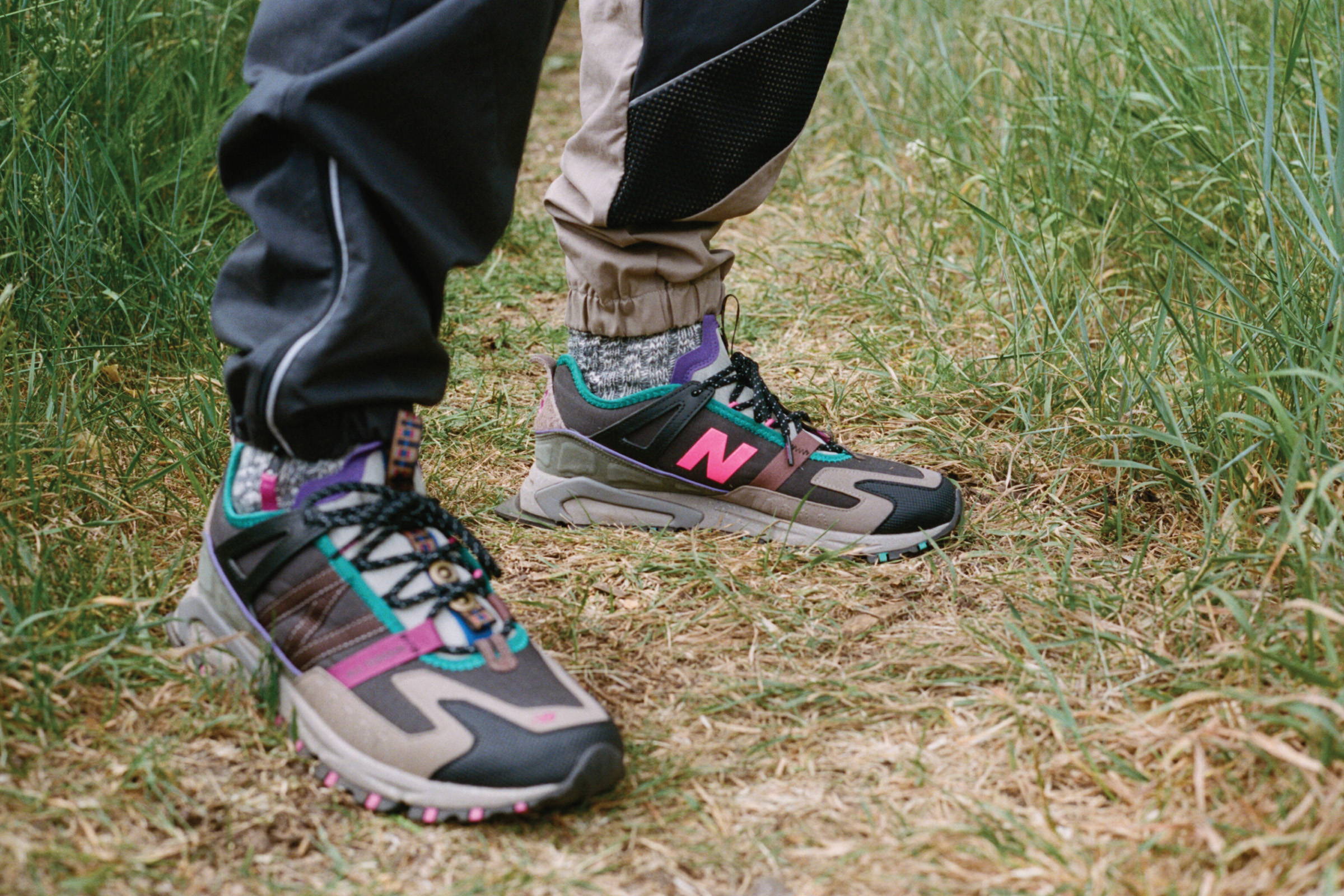 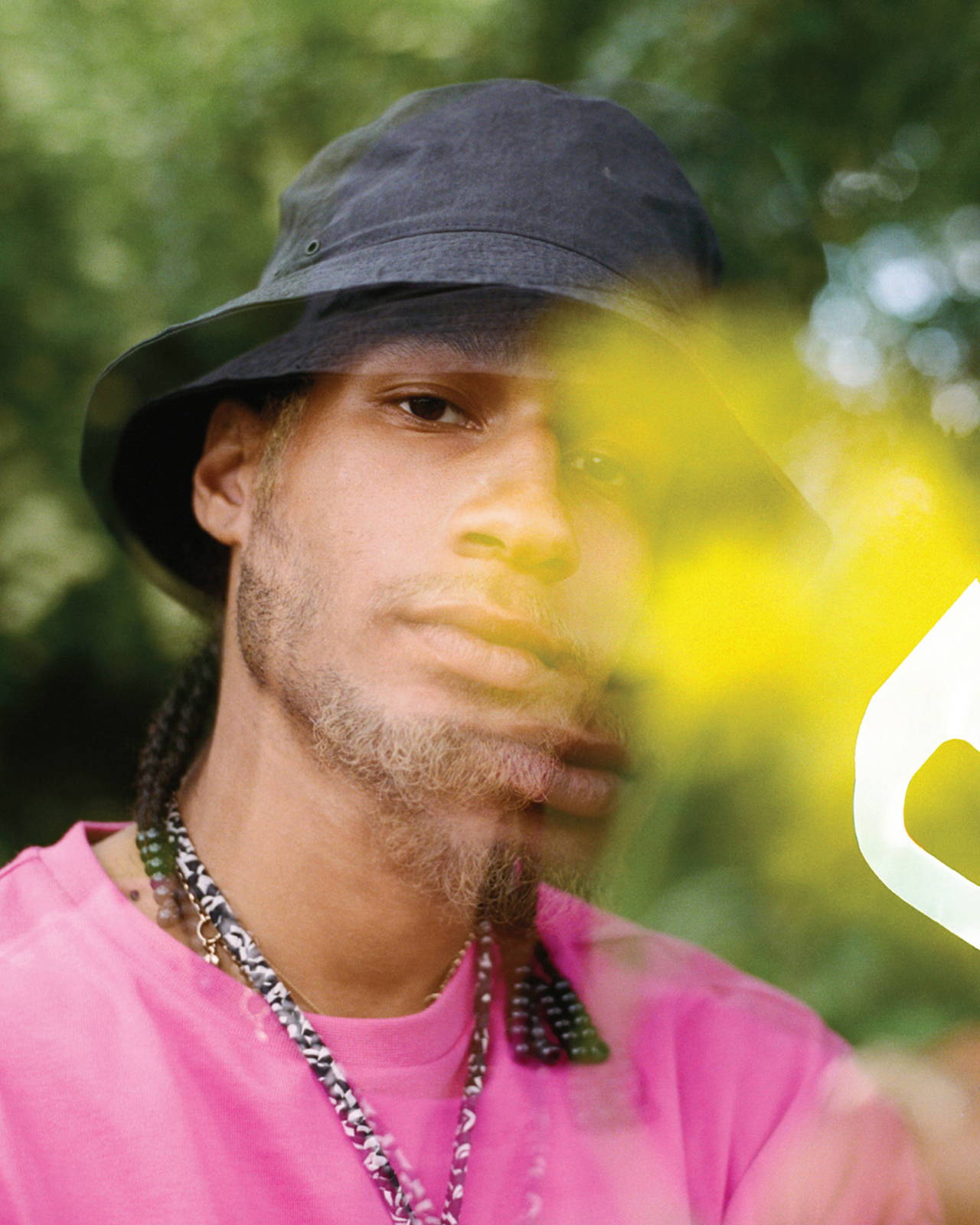 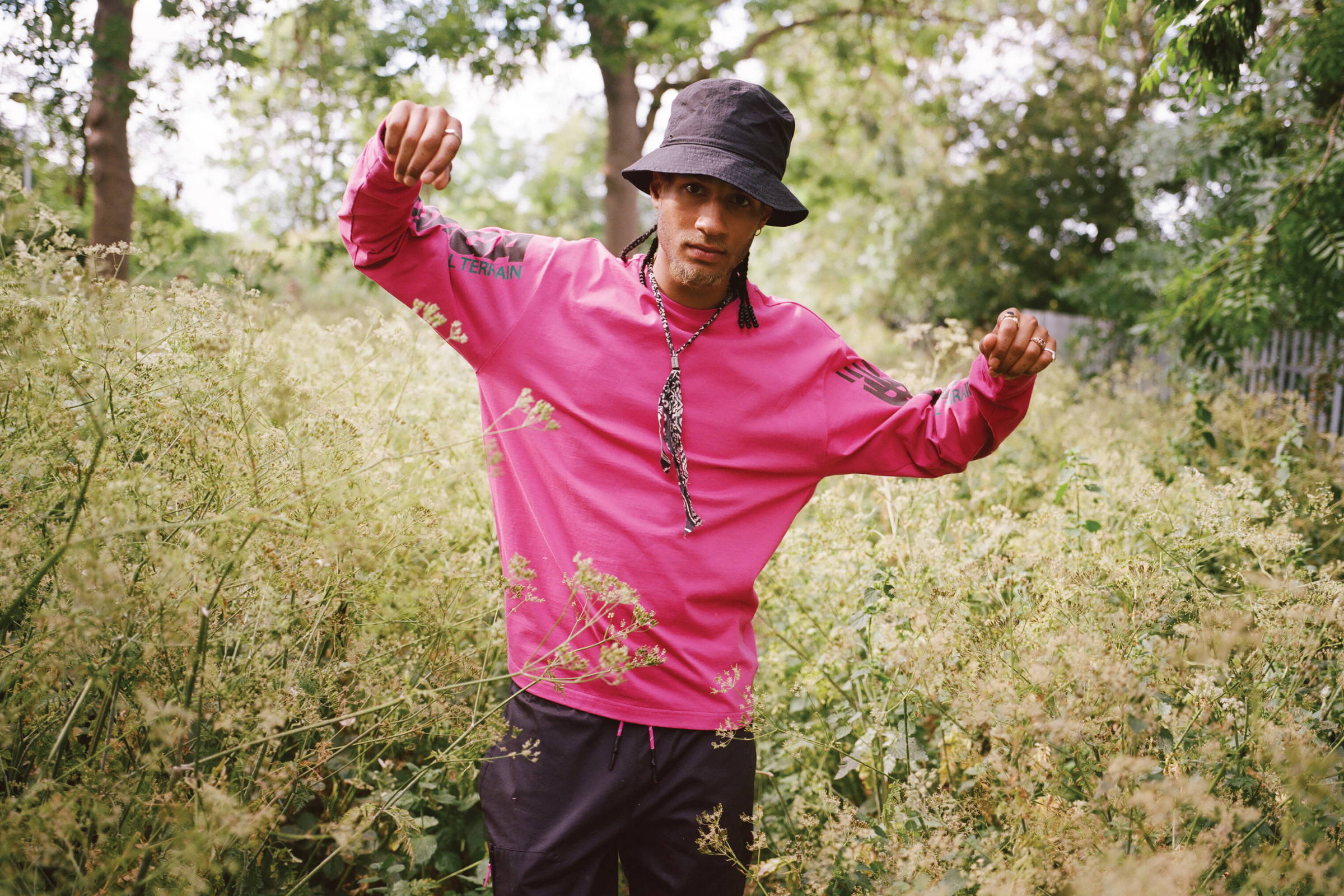 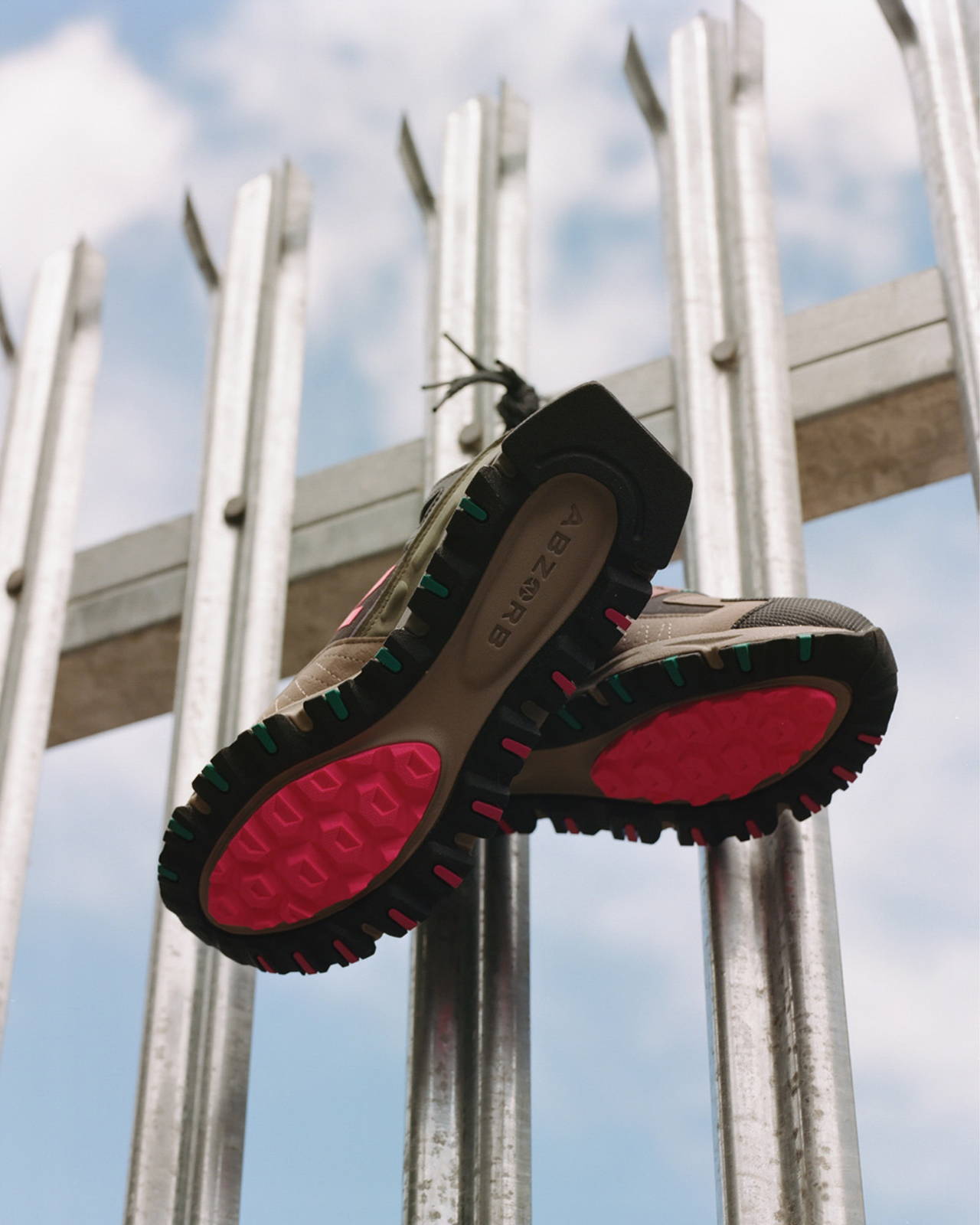 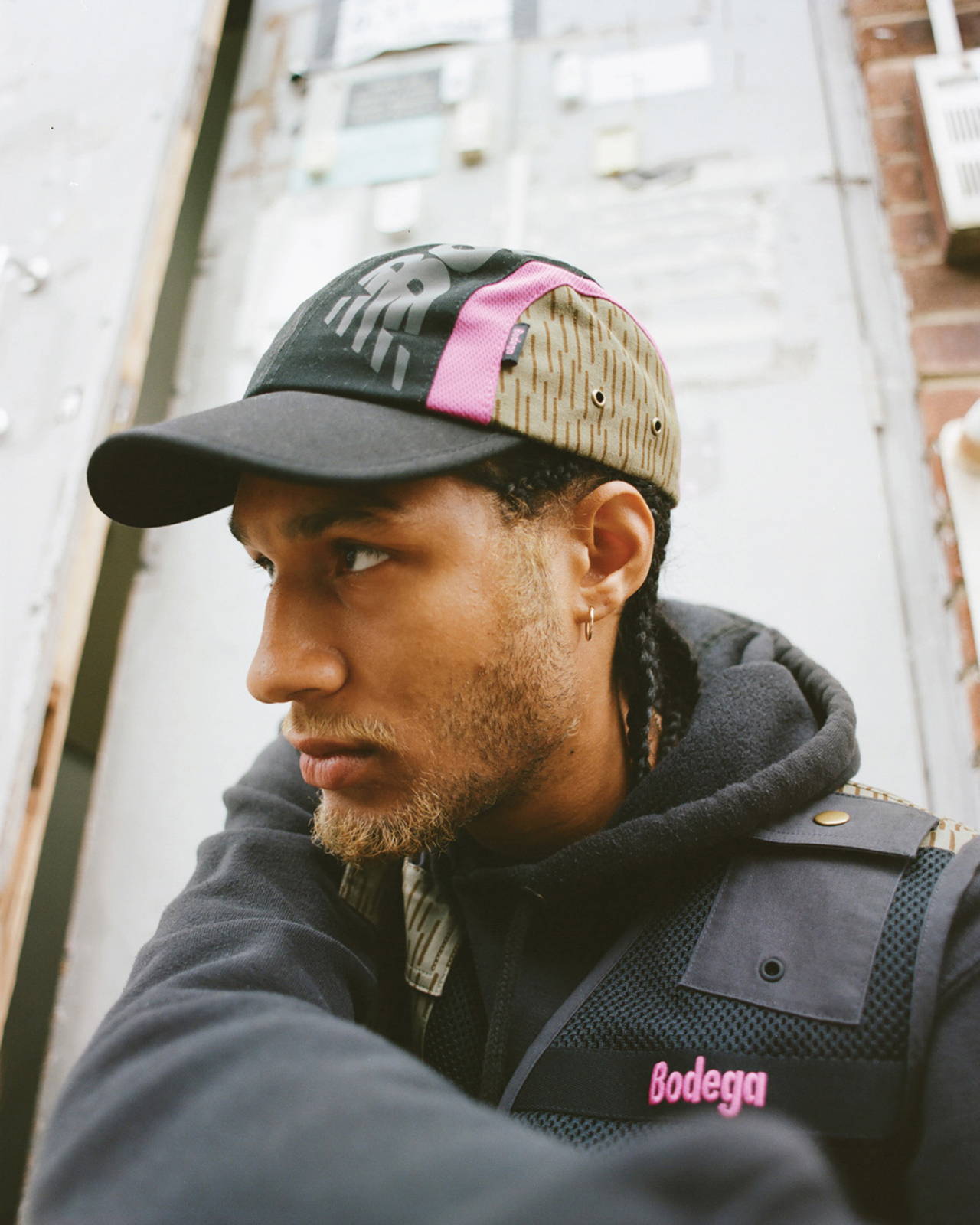 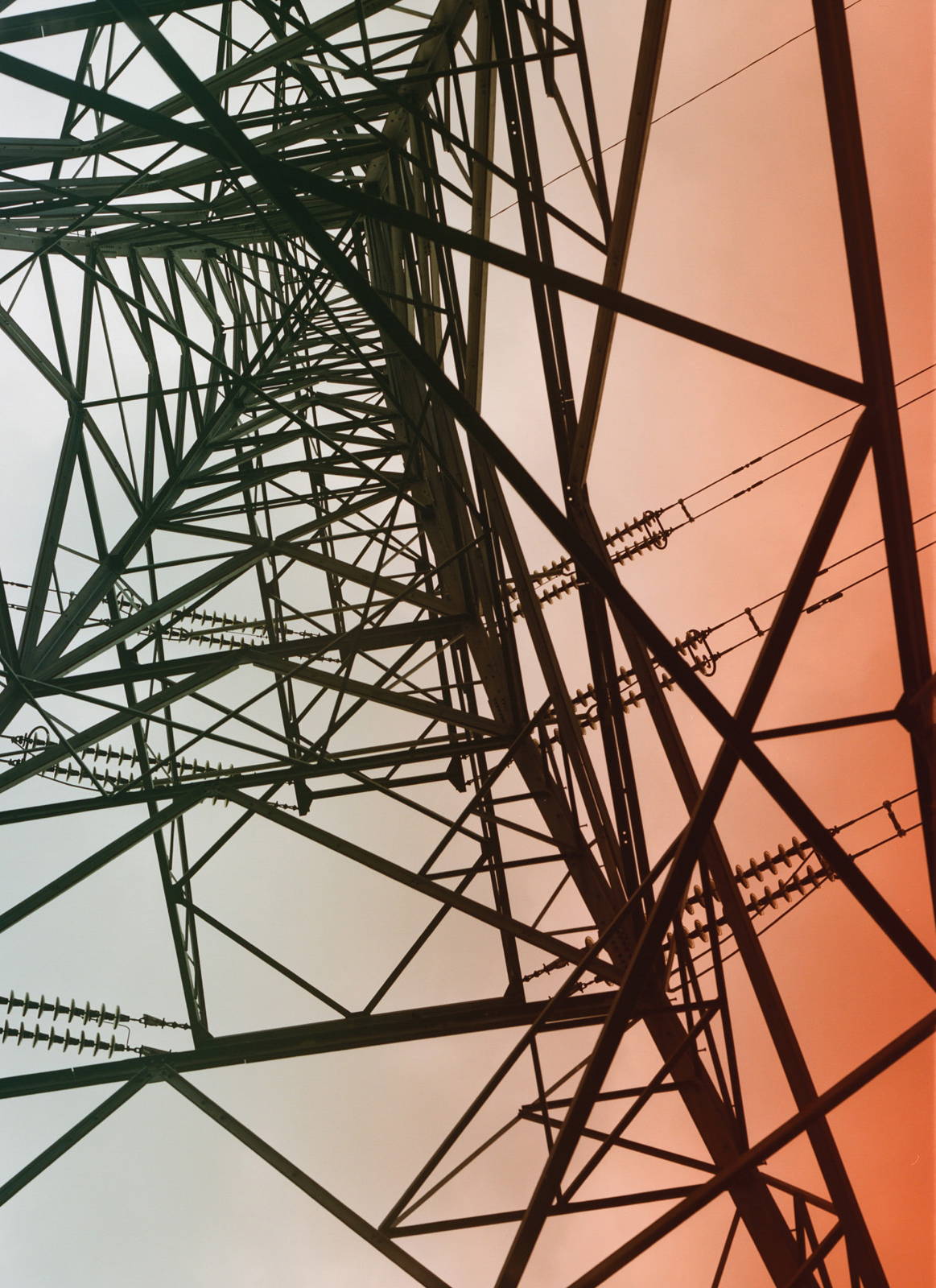 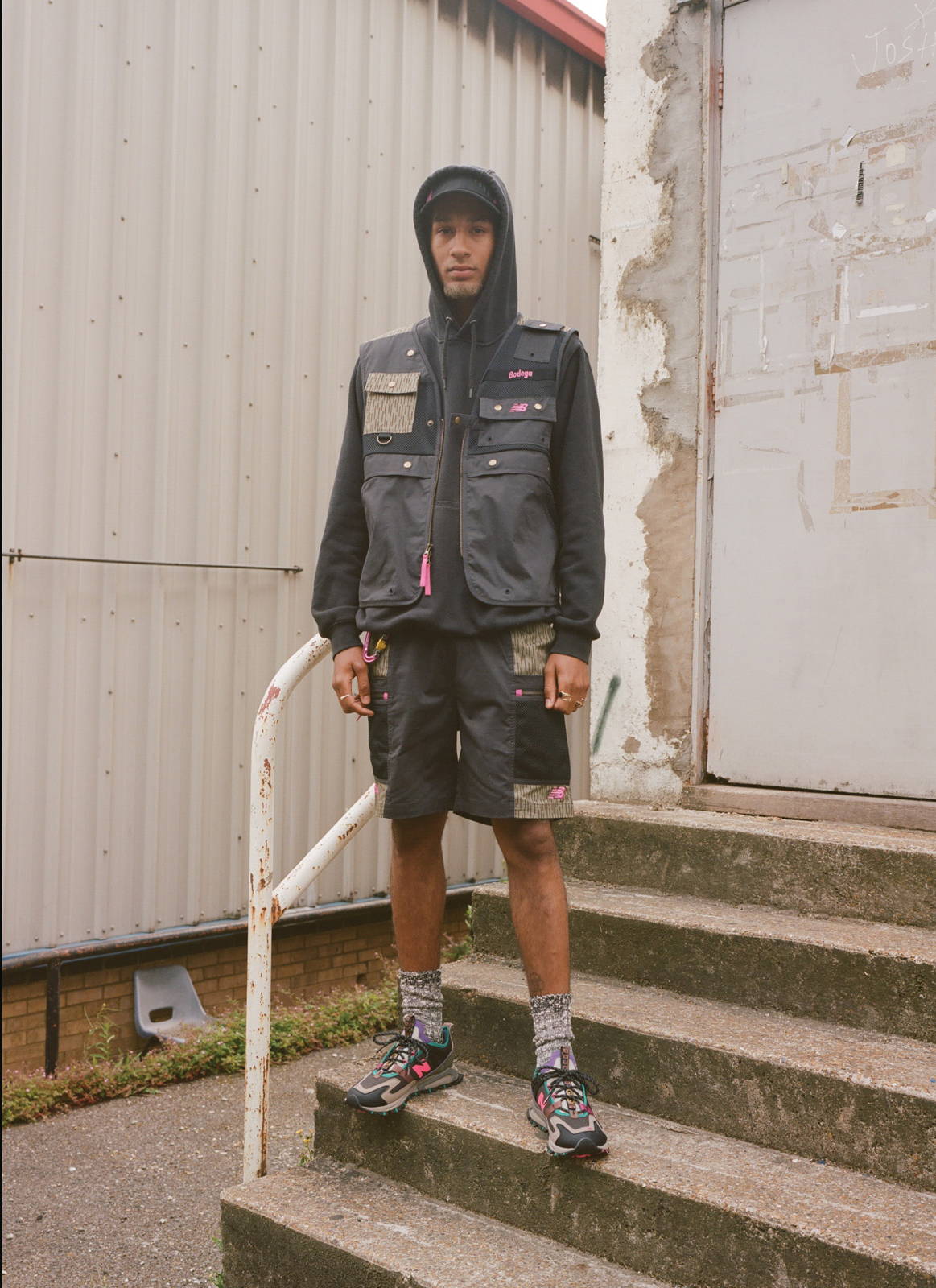 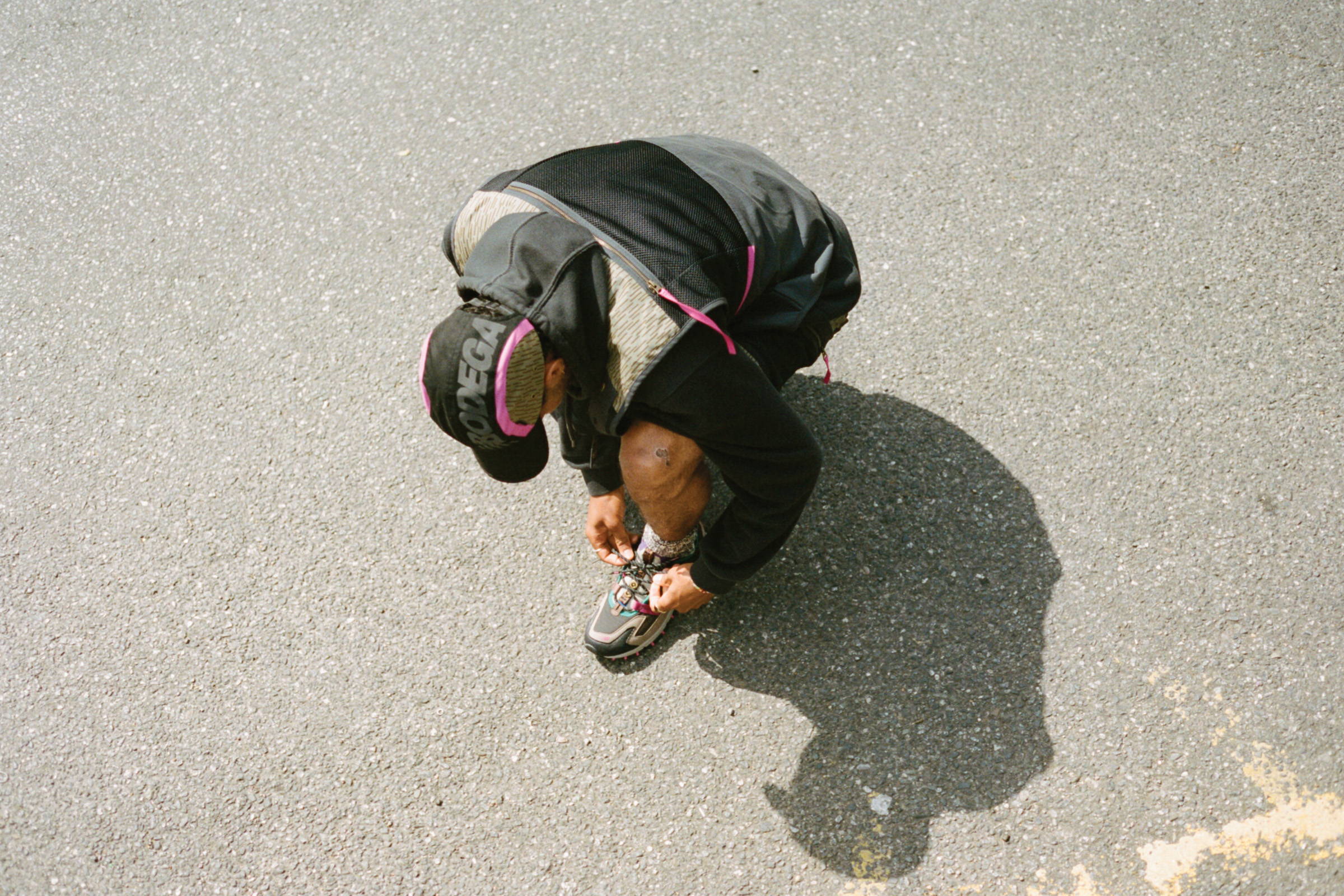 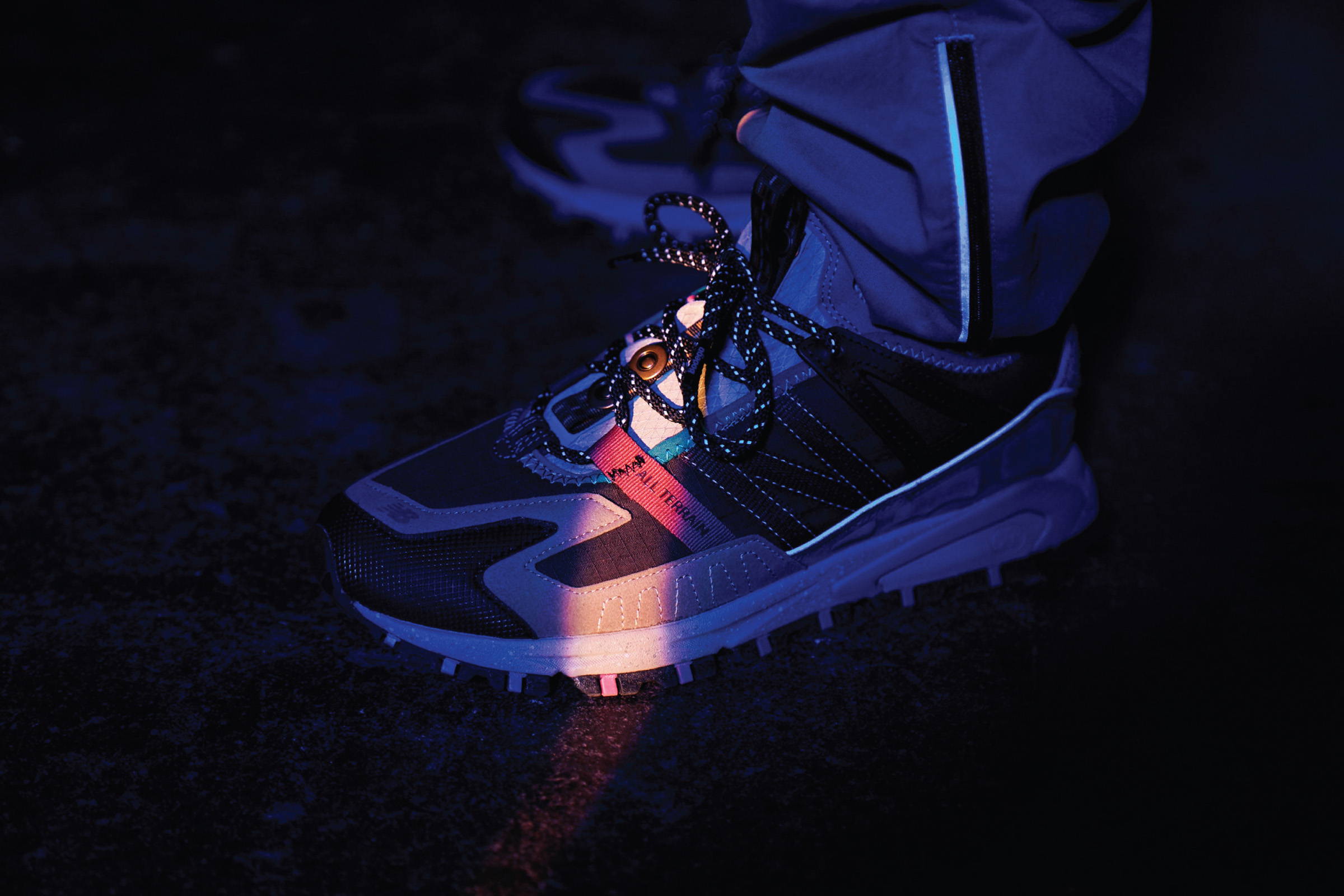 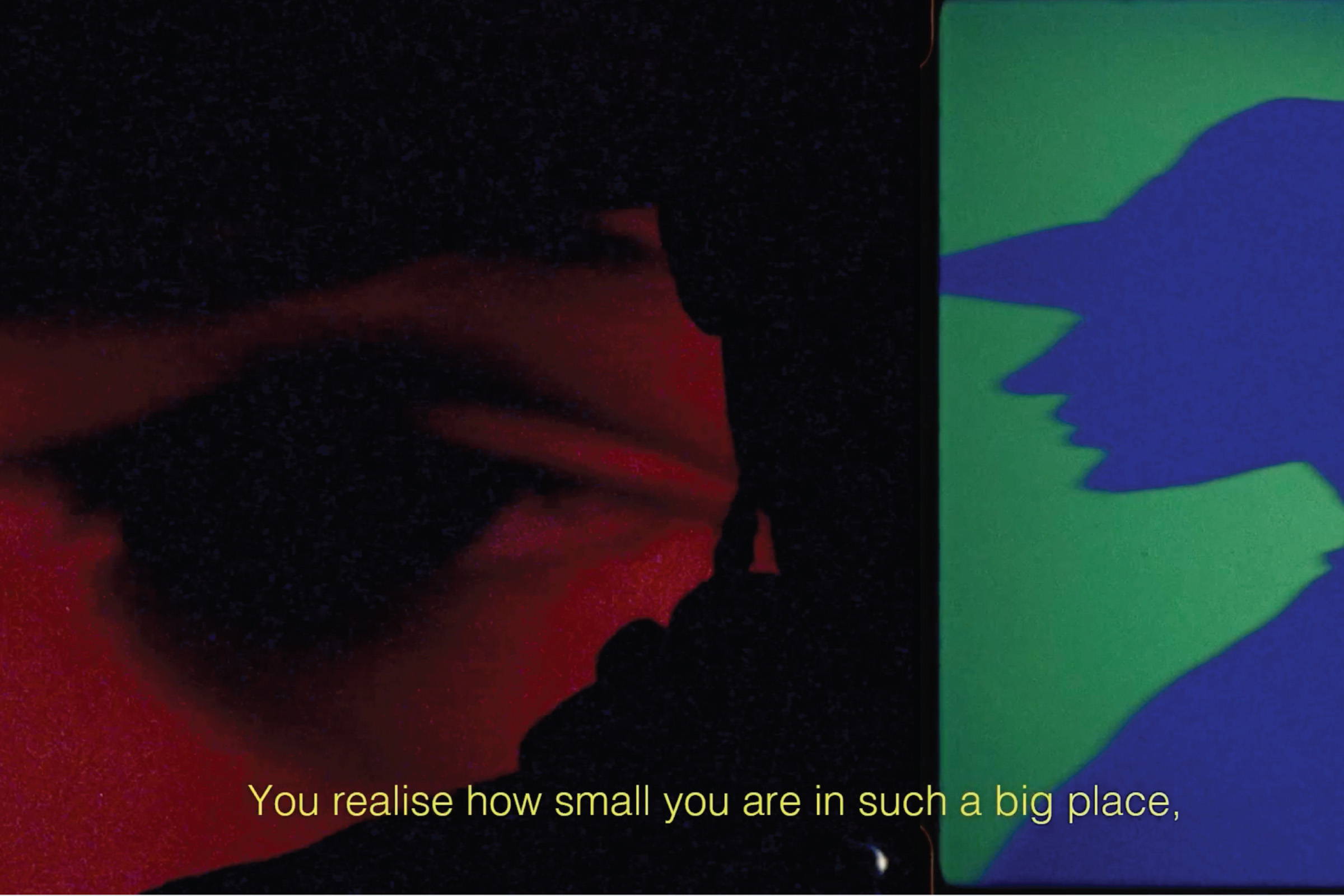 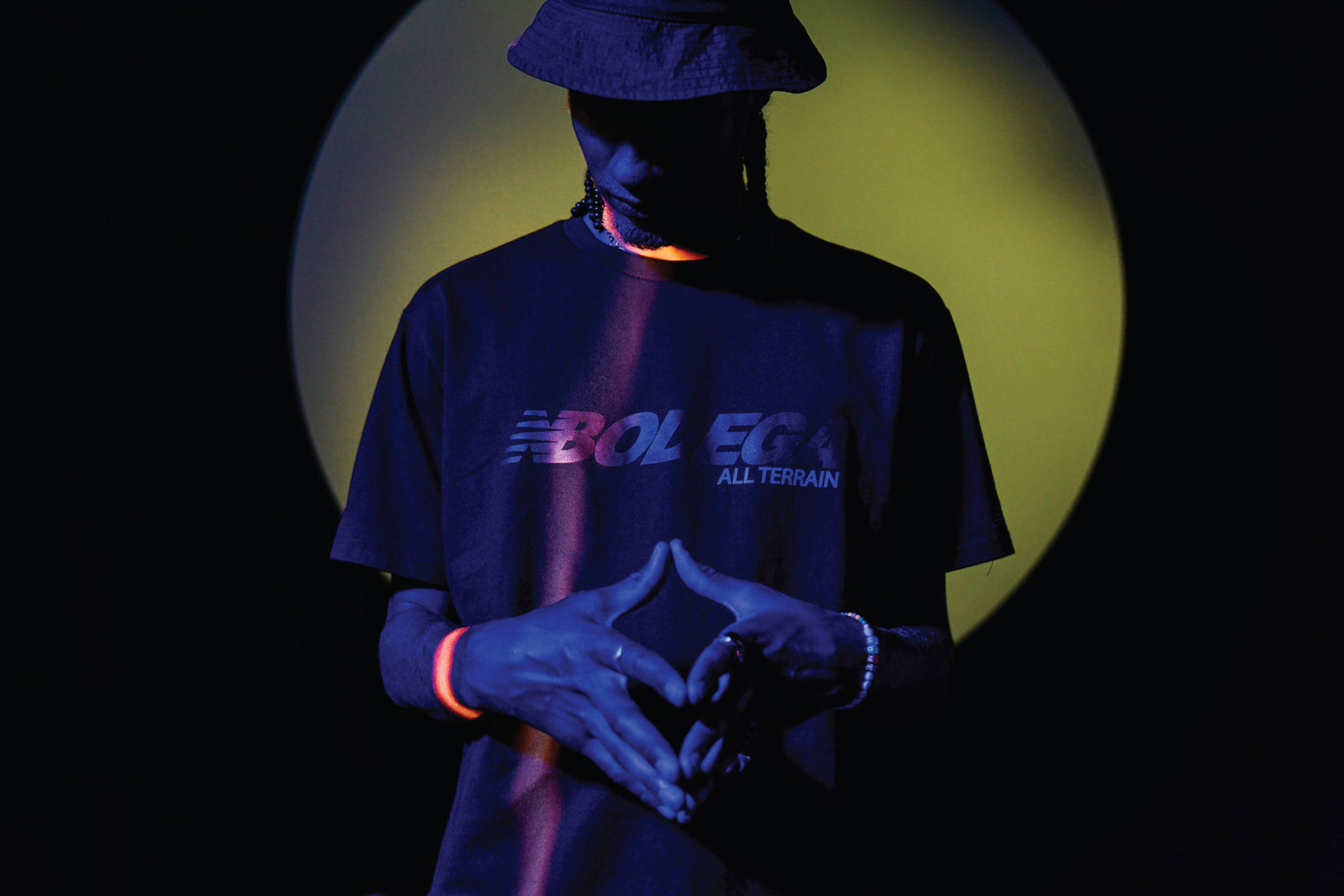