The 1990s revival sweeping fashion and popular culture has been going on long enough where buzzwords that defined the decade the first time around, like radical and extreme, are commonplace again. That means, the problem with these buzzwords is the same problem that existed the first time around; these descriptors are identifying the results of a cultural shift, without identifying the causes. That kind of purely surface level understanding is the first stop on a train of thought that ends up with “grunge” soda or fruit flavored children’s snacks that are, purportedly, rebellious somehow. 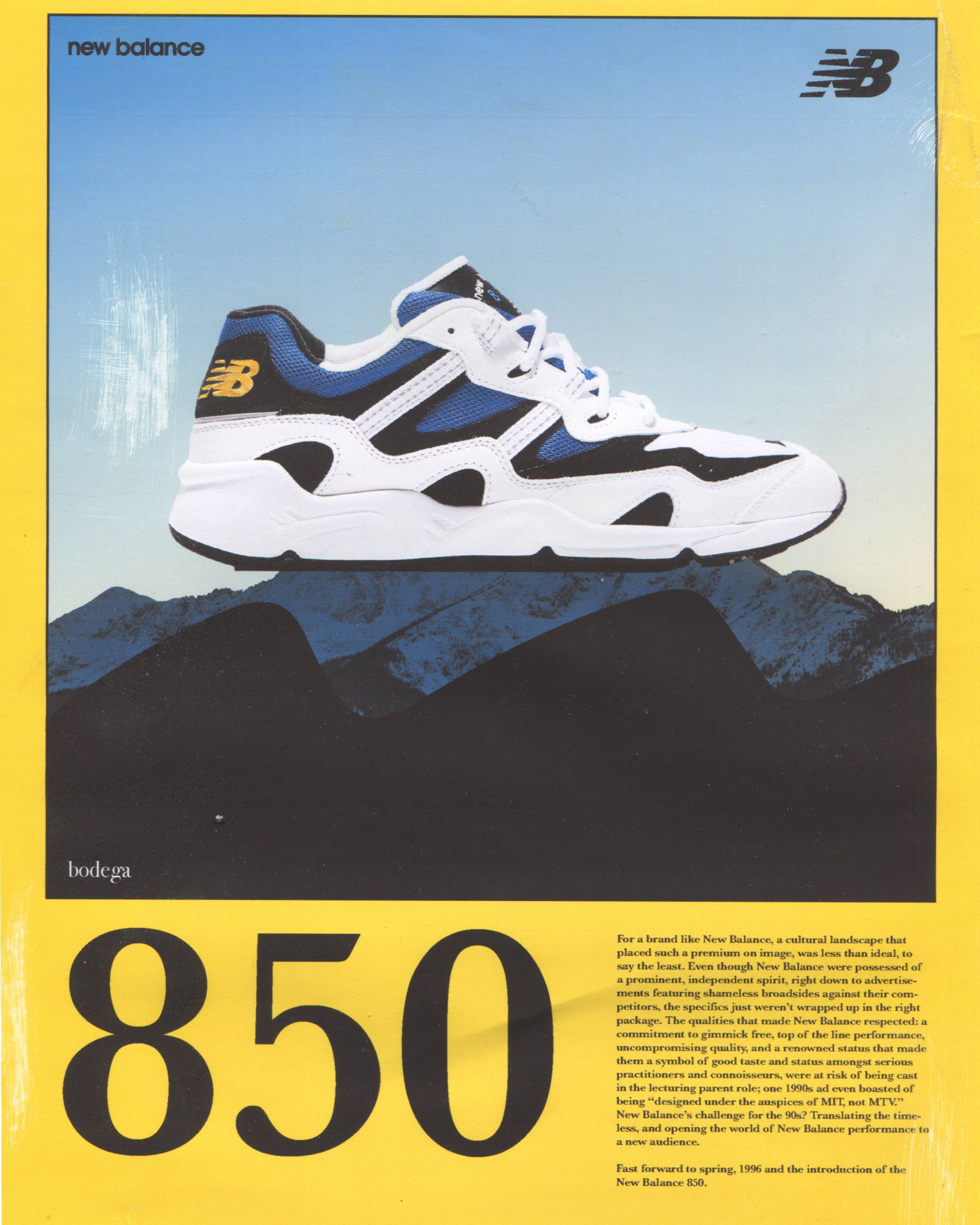 What really made the 1990s such a ripe time for an anything goes approach is that it was a decade when all the rules seemed to change, and change in such a way that was almost unrecognizable to the existing establishment. Developments in the cornerstones of youth culture, music and fashion, that were ignored and then held back for as long as possible: alternative rock, rap, electronic dance music, backwards hats, baggy clothes, extreme sports, and so on, became impossible to keep a lid on anymore, and with the arrival of a new decade, they blew up.

With so many developments that the previous order had little to no control of, and even less points of reference for being designated as the new cool, there was a desperate scramble to catch up. The world of sneakers and sportswear experienced its own version of this phenomenon during the 90s. 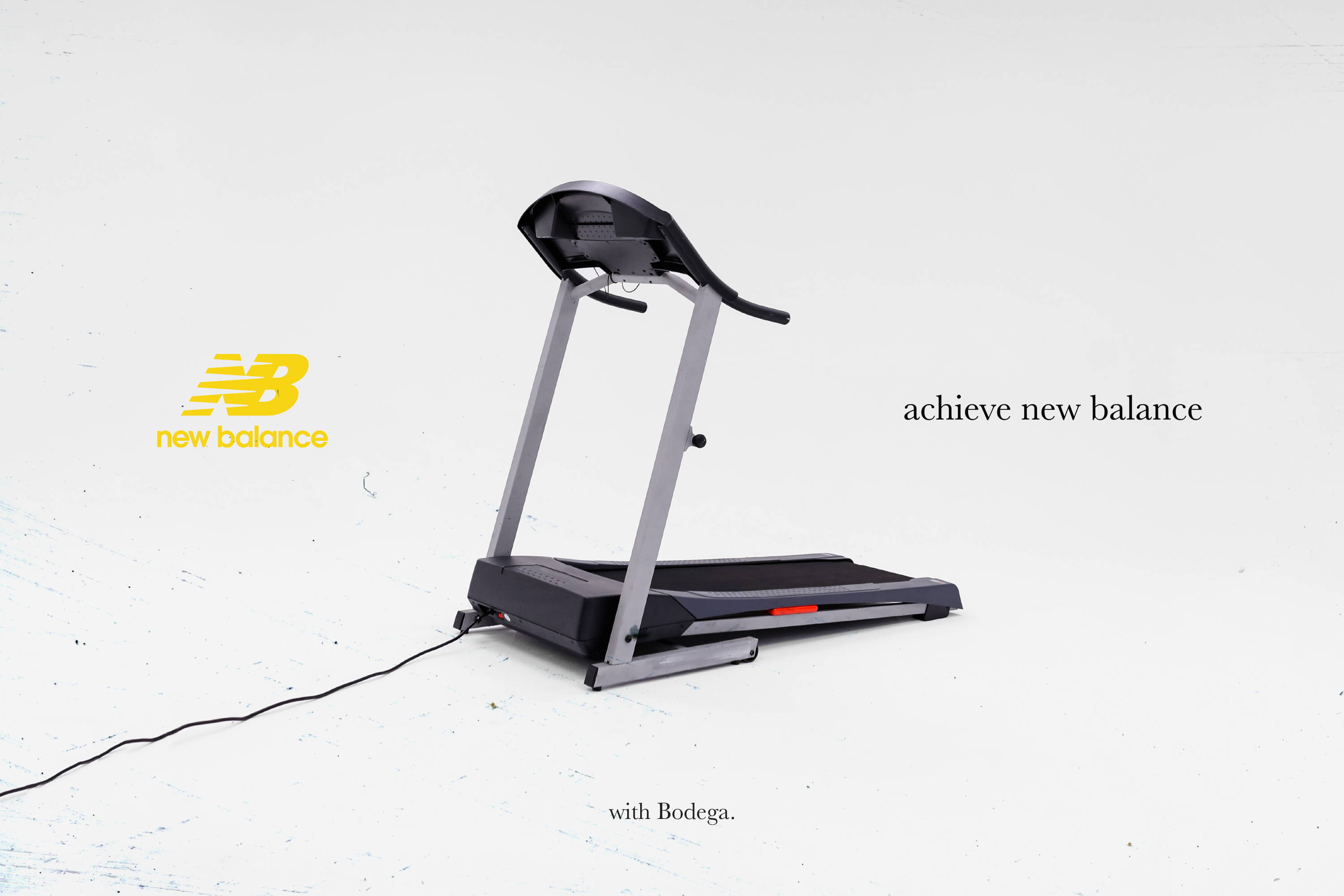 A growing awareness of the concept of sneakers and sportswear as fashion, as opposed to purely, purpose-driven, athletic functionality and a new generation of unapologetically brash, outspoken, self confident athletes that practically horrified the keepers of buzzcut, button down, old school virtues into a collective coma. (The Miami Hurricanes, for instance, might have been one celebration away from being deemed a threat to national security.) In response, the default level of sports culture was set to, in the parlance of the times, “in your face.” The existence of new technology, no matter how innovative, wasn’t enough. There had to be some nebulous “them” to rail against in a timely, anti-establishment fashion. In practice, this meant industrial quantities of t-shirts with slogans like “second place is the first loser” were printed, and a lot of advertising campaigns were centered around the message that buying a shoe at MSRP from a multinational corporation was akin to blowing up the Death Star.

For a brand like New Balance, a cultural landscape that placed such a premium on image, was less than ideal, to say the least. Even though New Balance were possessed of a prominent, independent spirit, right down to advertisements featuring shameless broadsides against their competitors, the specifics just weren’t wrapped up in the right package. The qualities that made New Balance respected: a commitment to gimmick free, top of the line performance, uncompromising quality, and a renowned status that made them a symbol of good taste and status amongst serious practitioners and connoisseurs, were at risk of being cast in the lecturing parent role; one 1990s ad even boasted of being “designed under the auspices of MIT, not MTV.” New Balance’s challenge for the 90s? Translating the timeless, and opening the world of New Balance performance to a new audience. 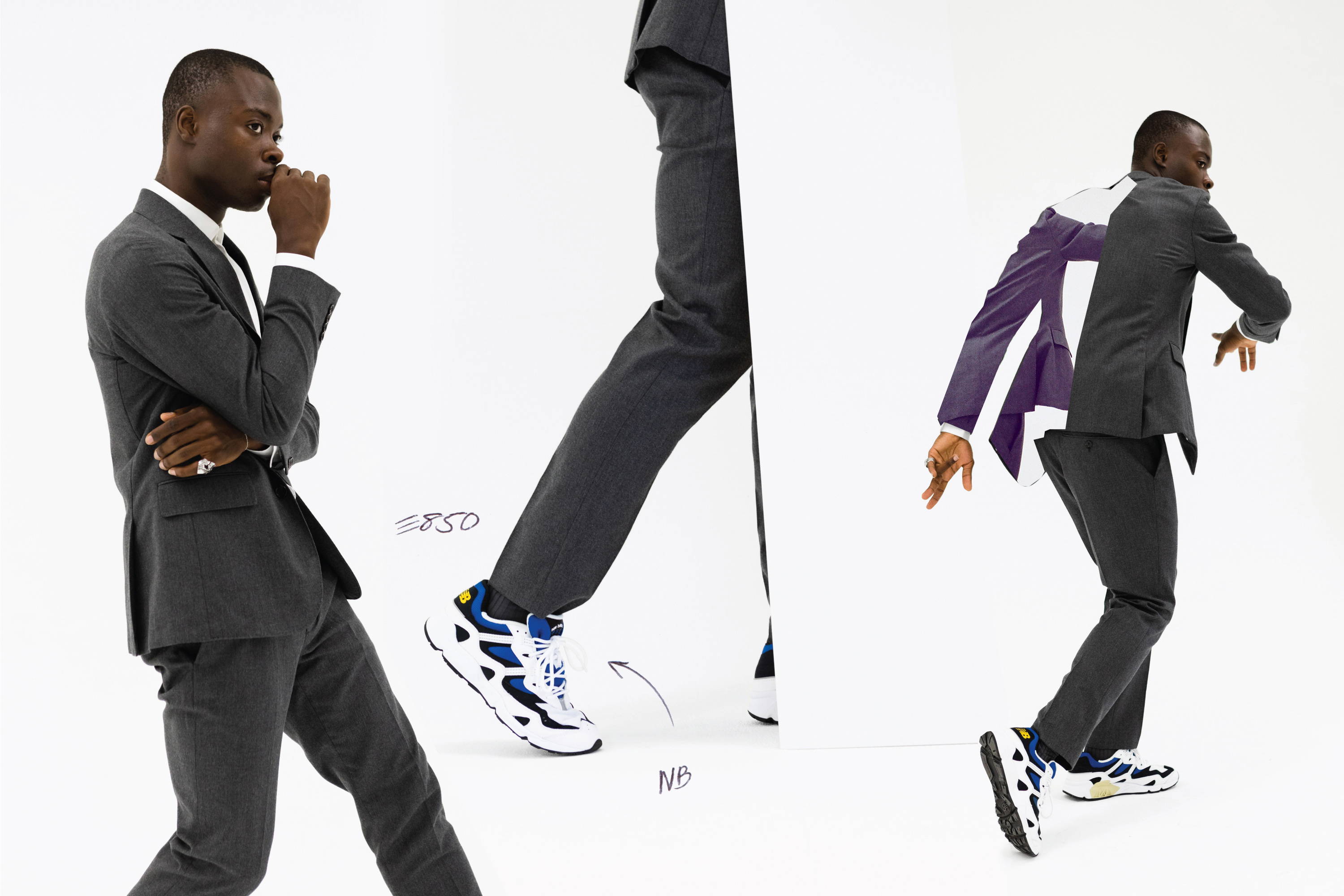 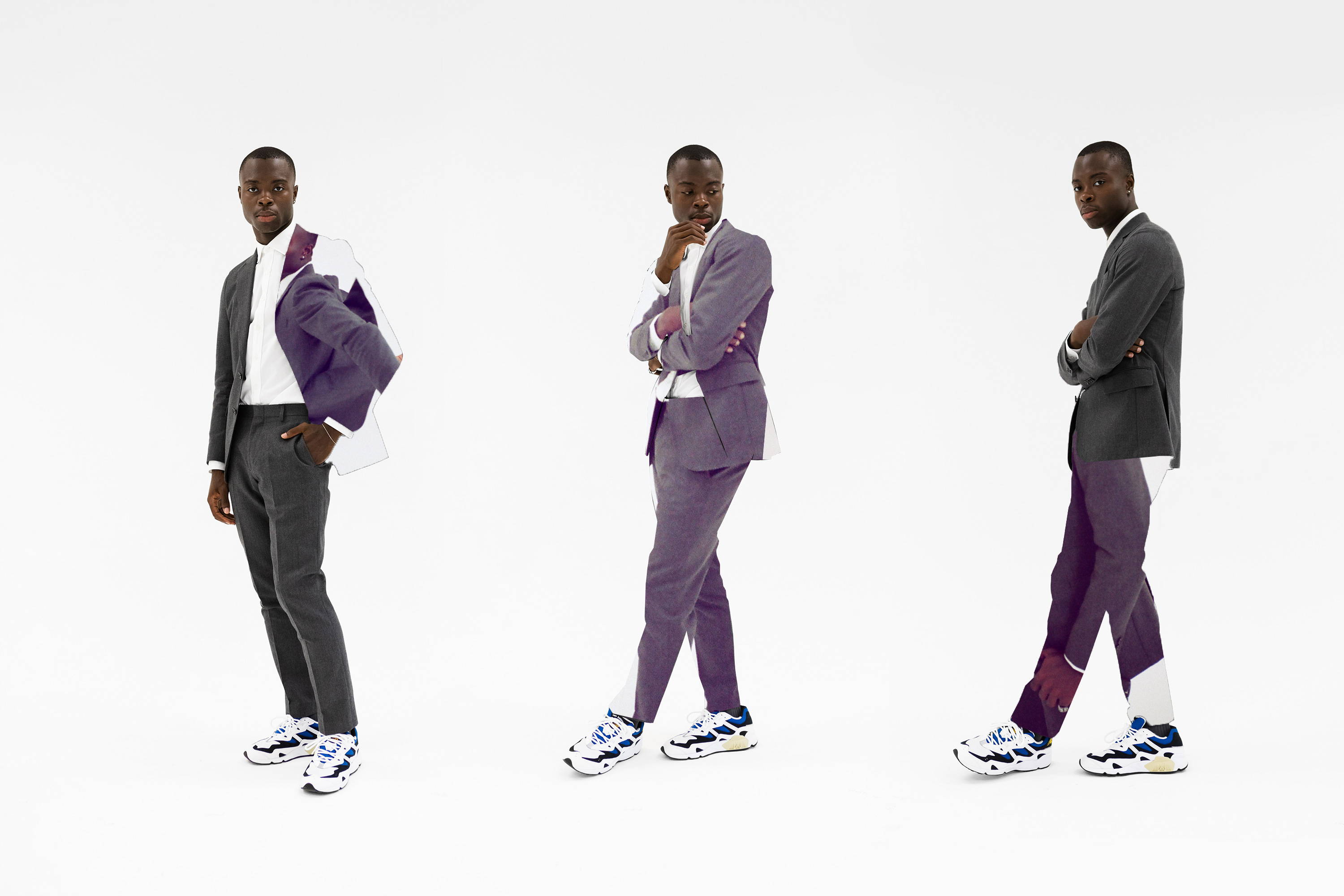 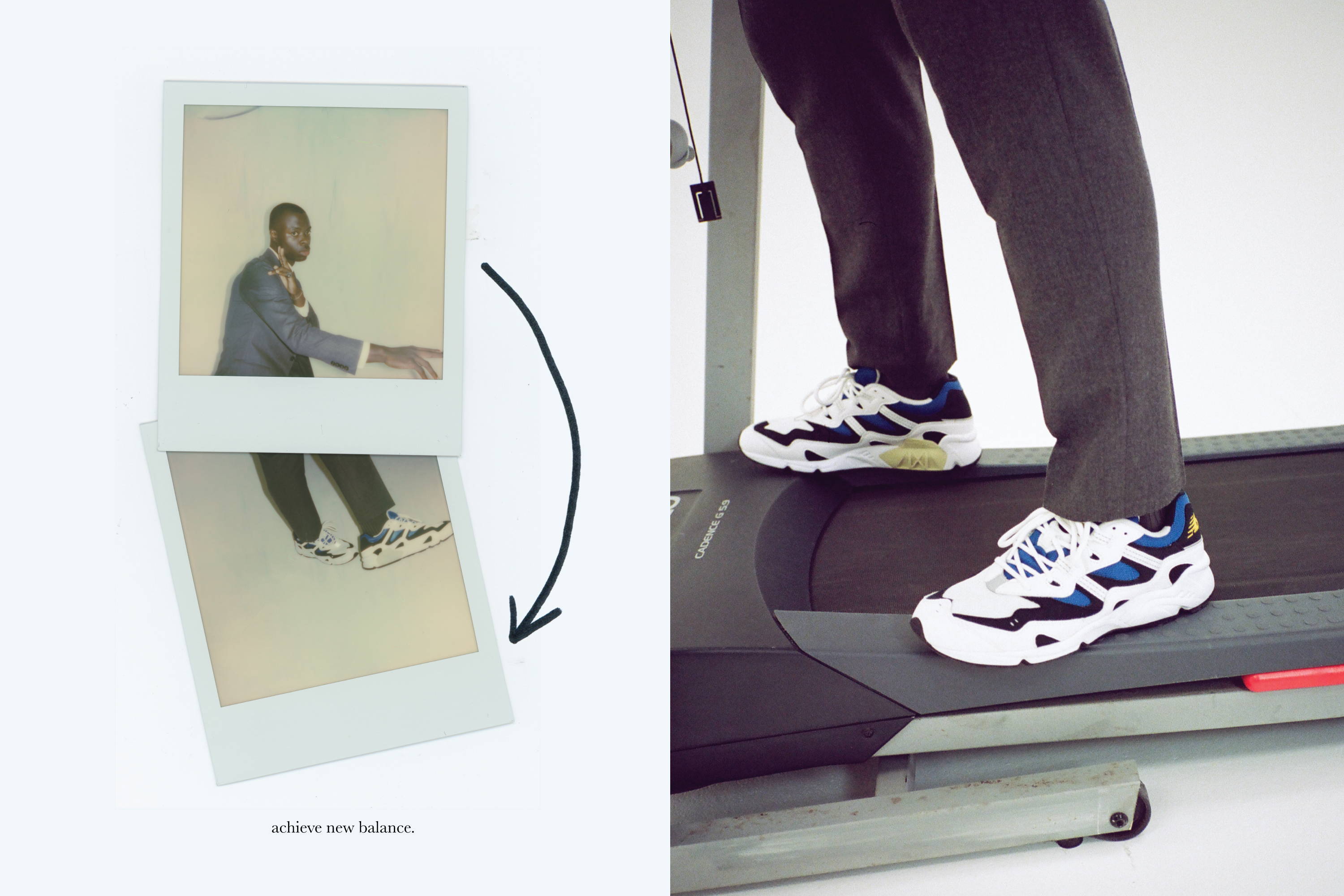 Fast forward to spring, 1996 and the introduction of the New Balance 850.

The initial press release announcing the 850 ticked all the standard, New Balance boxes: elite performance, serious runners, state of the art technology (ABZORB, C-Cap, Rollbar), available in multiple width sizing. There was no indication that, visually, the 850 would diverge so radically from the classic looks that New Balance devotees have come to rely on, nearly as much as the performance qualities. One look at the new 850 though, made it very clear that this was not your daddy’s New Balance. It’s a little ironic, given that the present day default nickname for tech inclined, highly functional 90s running shoes is the ‘dad shoe.’ In 1996, having the same kind of shoe as your dad was most definitely considered a bug and not a feature. 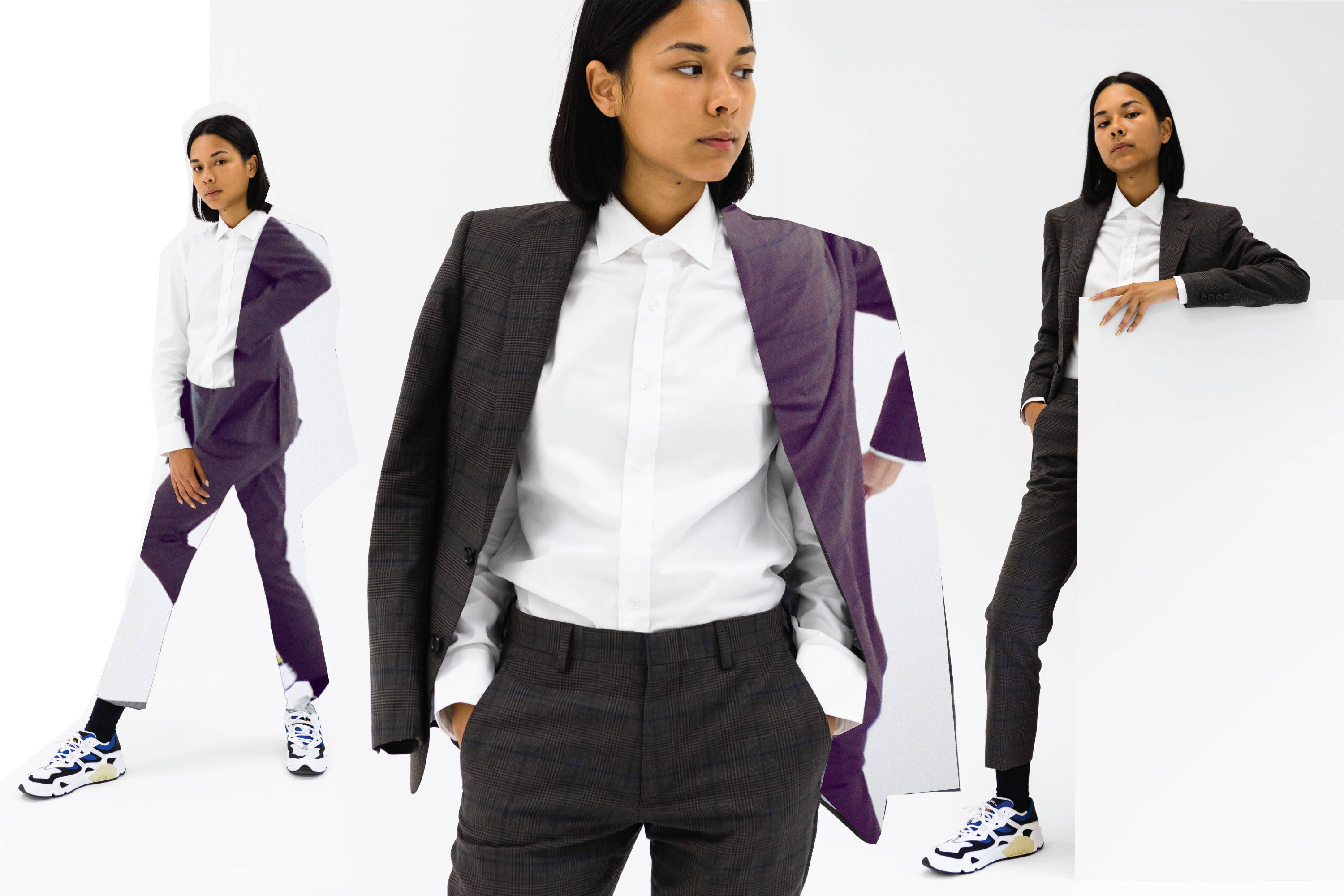 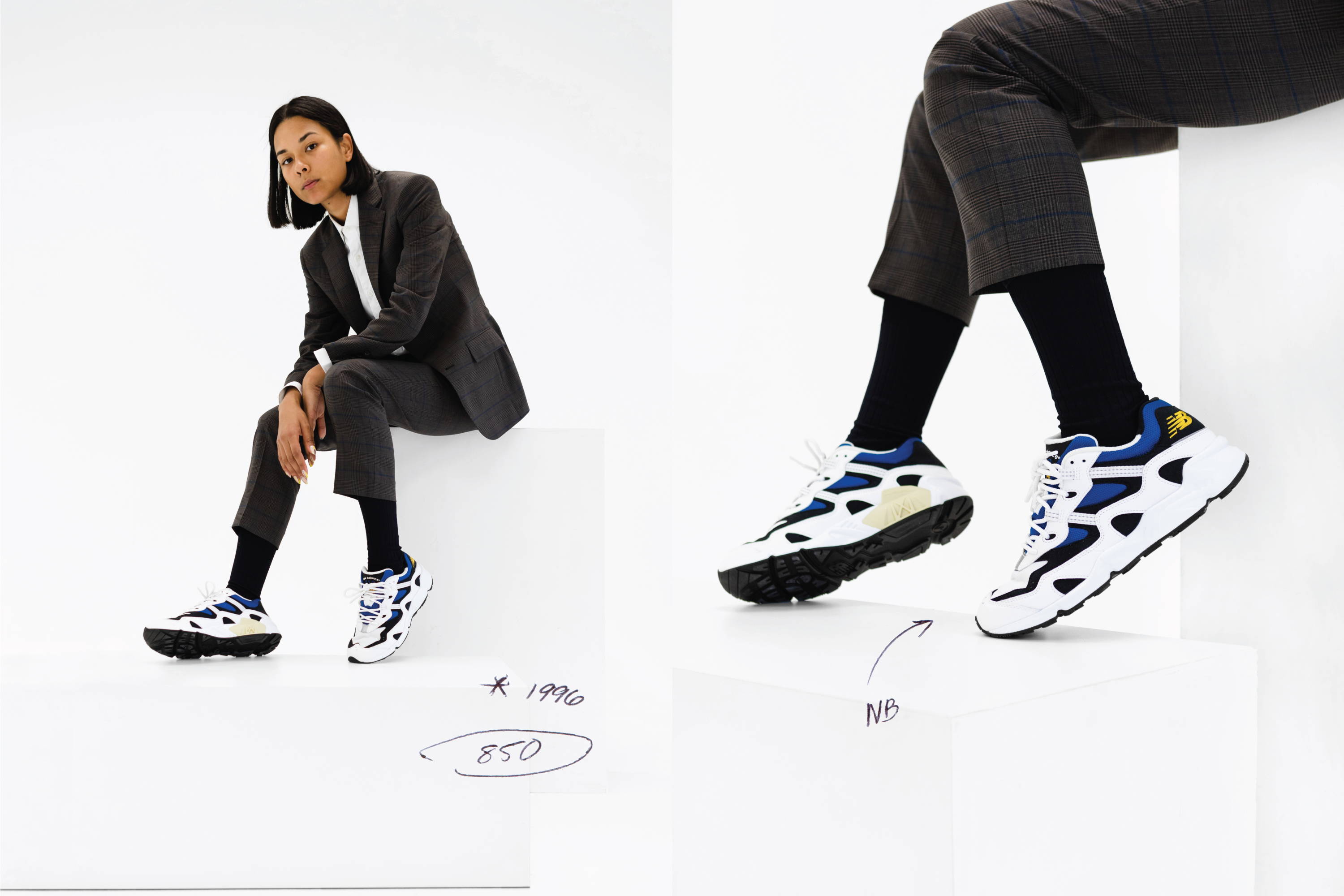 An established brand attempting to appeal to a new generation is always tricky business. When it goes wrong, you end up with the grunge colas and extreme fruit snacks alluded to earlier. In footwear, a disaster along these lines would have probably exaggerated some proportions, slapped purple, black and silver everywhere, and been tagged with a buzzword friendly name that unnecessarily replaced the letter s with the letter z.

Obviously, that’s not what happened with the New Balance 850. As much as it might appear that way to the general, sneaker buying public, shoes don’t just spontaneously generate on store shelves. The secret behind New Balance’s success at producing something younger and more modern was that the design was turned over to a young, modern designer. Today, Stephanie Howard is a creative industry veteran with over twenty years of experience and her own consulting firm. In 1996, Stephanie Howard was the youngest designer at New Balance. If you’re not paying attention, you might chalk that up as something for the trivia section, but what it really is, is a demonstration of the importance of engaging fresh perspectives. 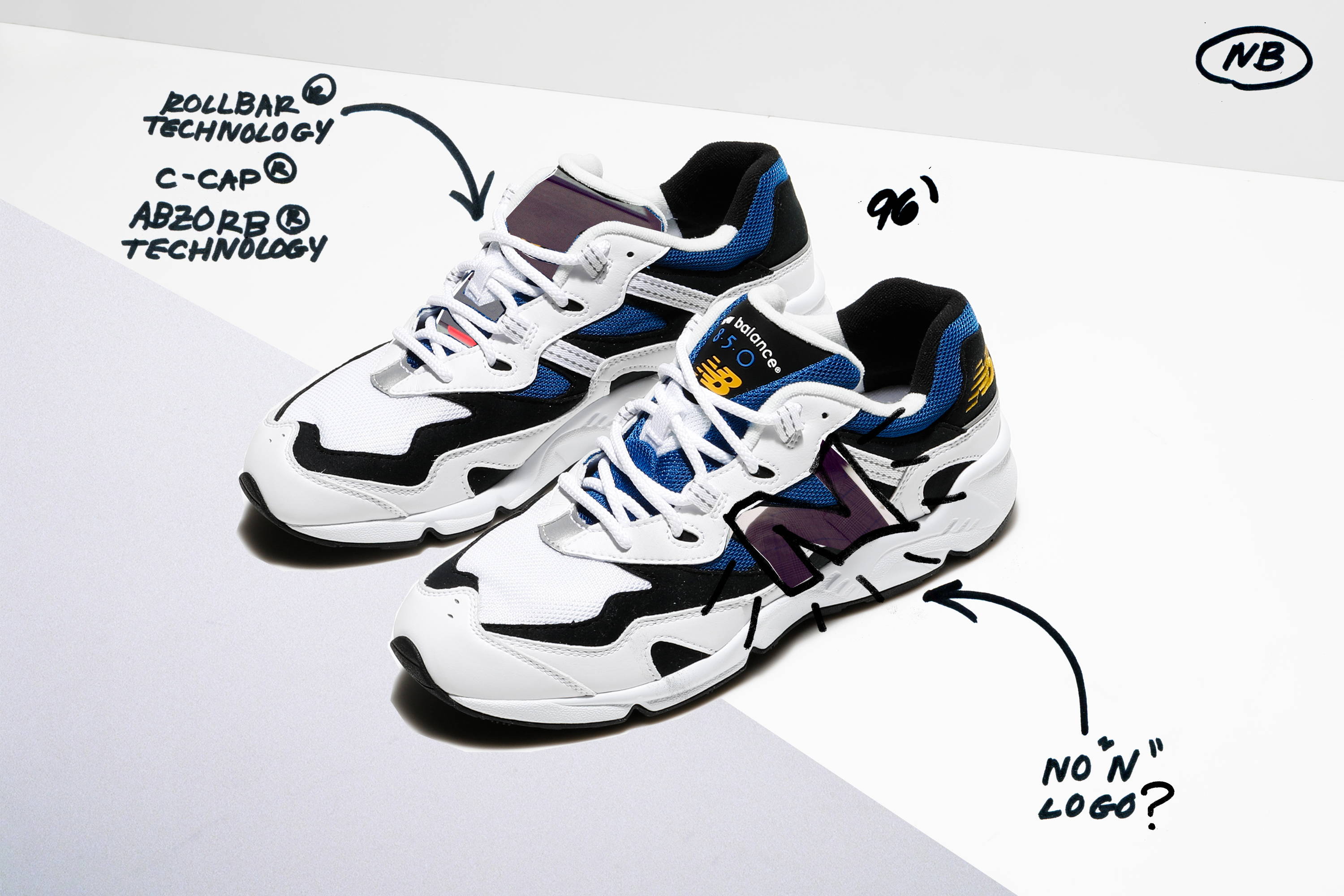 As far as interpreting the superior performance driven design of New Balance footwear through the stylistic lens of the mid 90s, it would be difficult to ask anything more of the 850. For starters, the stately ‘N’ logo nestled on the side of every New Balance shoe? Gone, for the first time ever. A mesh and leather upper design featuring a copious amount of overlapping elements creates a decidedly modern, layered, wavy silhouette, with New Balance branding relocated to the tongue and heel. A carbon rubber outsole provides extra durability, and a dose of aesthetic ruggedness. Another key distinction from the traditional New Balance set up was that the 850 was categorized as M/W. The unisex designation was unique, and served to further emphasize the modern newness of the debuting silhouette. 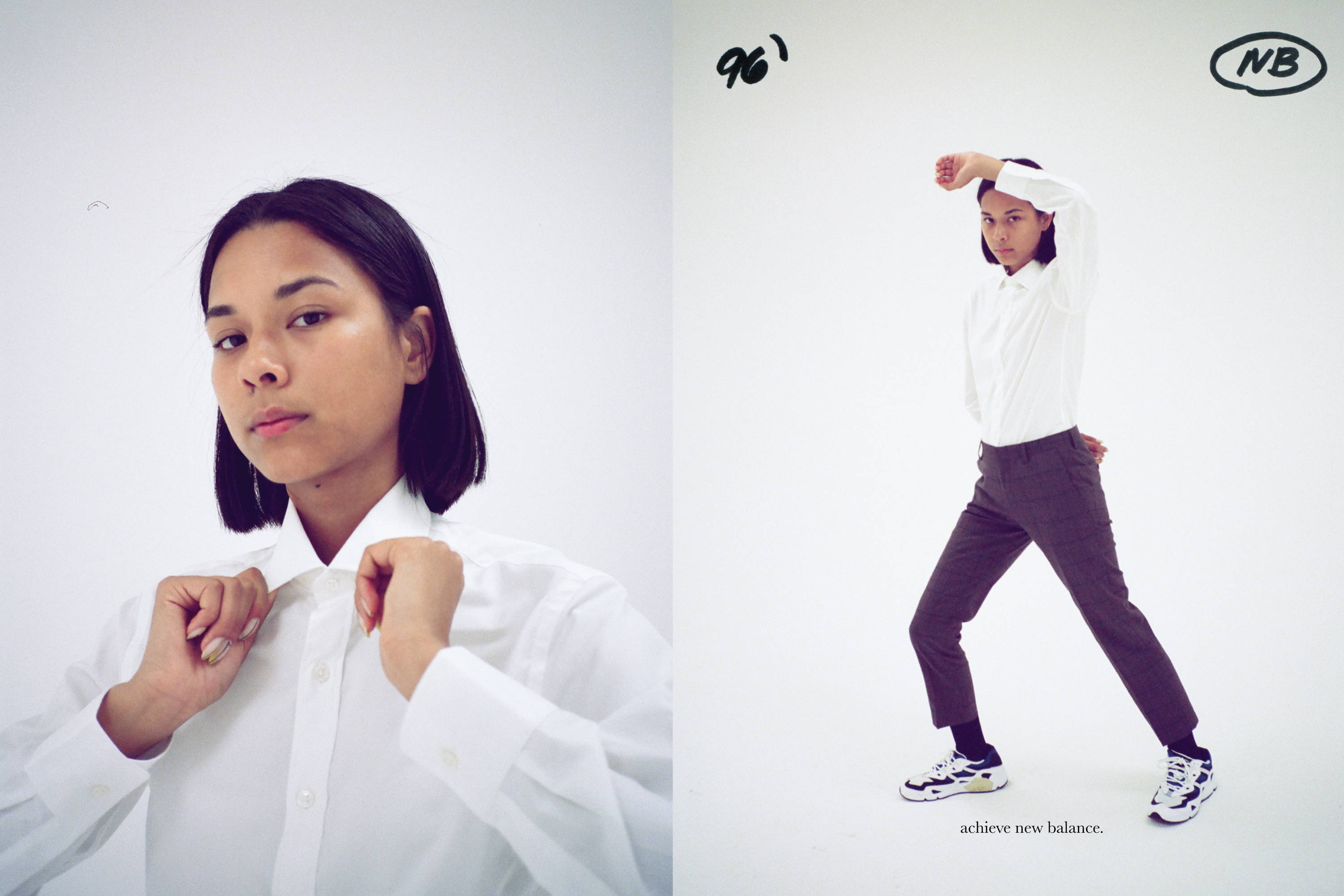 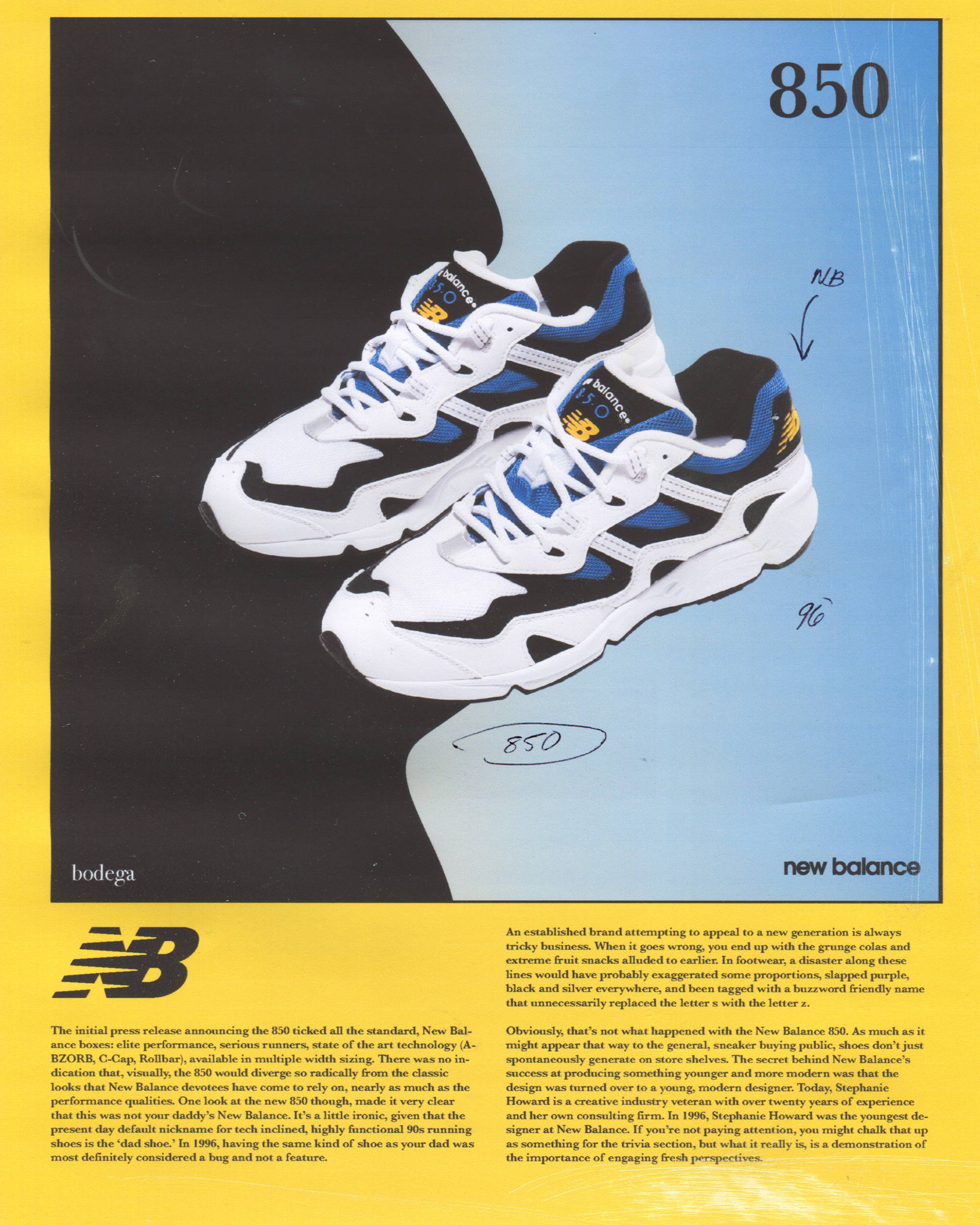 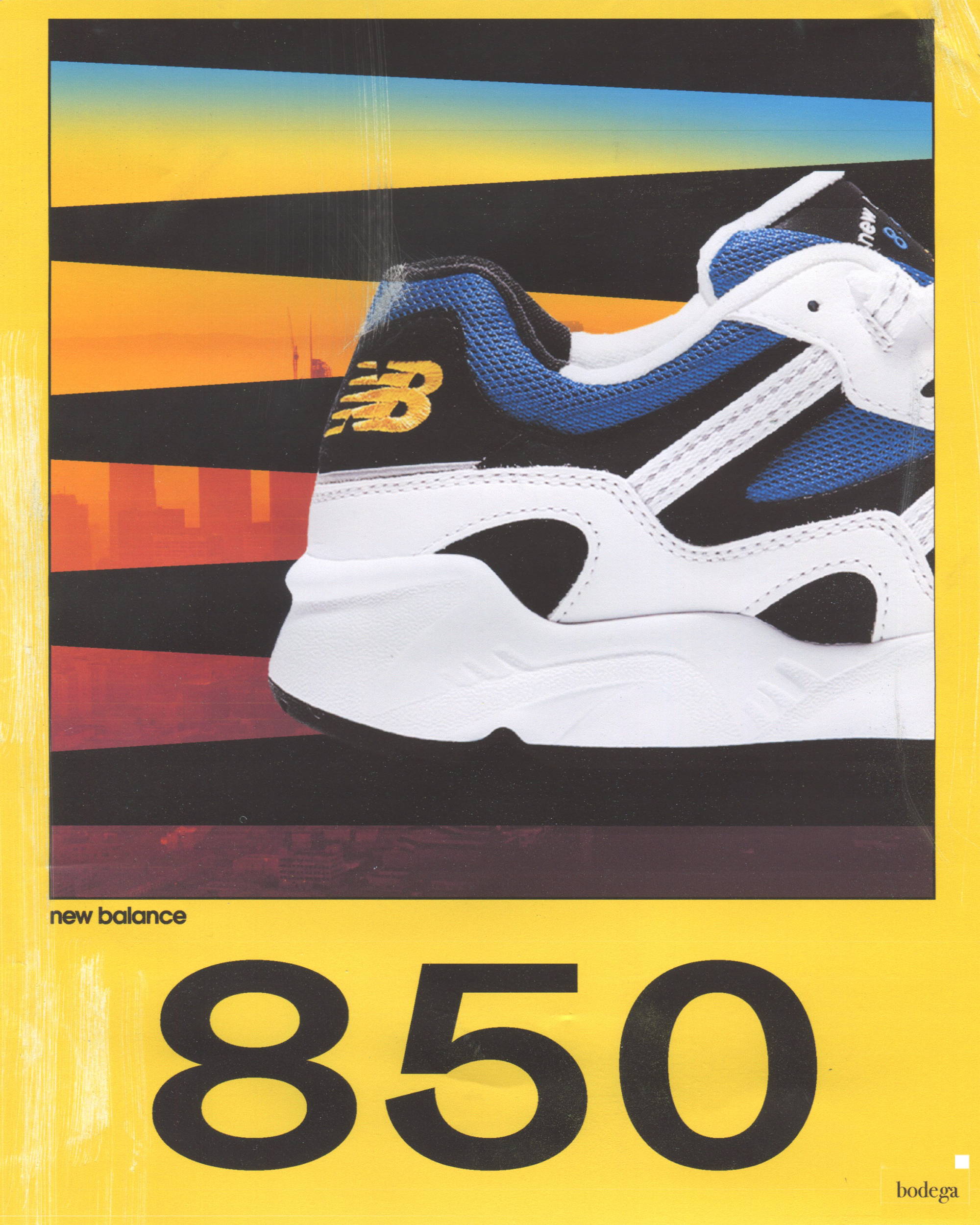 Even the marketing of the 850 put a new spin on classic, New Balance conventions. While the brand had never been shy about taking shots at the trend driven style of its competitors, ads for the 850 tweaked the competition from a philosophical perspective. In contrast to the exaggerated, macho posturing of the 90s, a series of ads for the 850 left the results of the shoe and the nature of running in general, as an open ended concept. It’s the difference between expecting a shoe to instantaneously fill some kind of existential gap, and a shoe being a tool that furthers along a conscious, individually focused process of improvement. 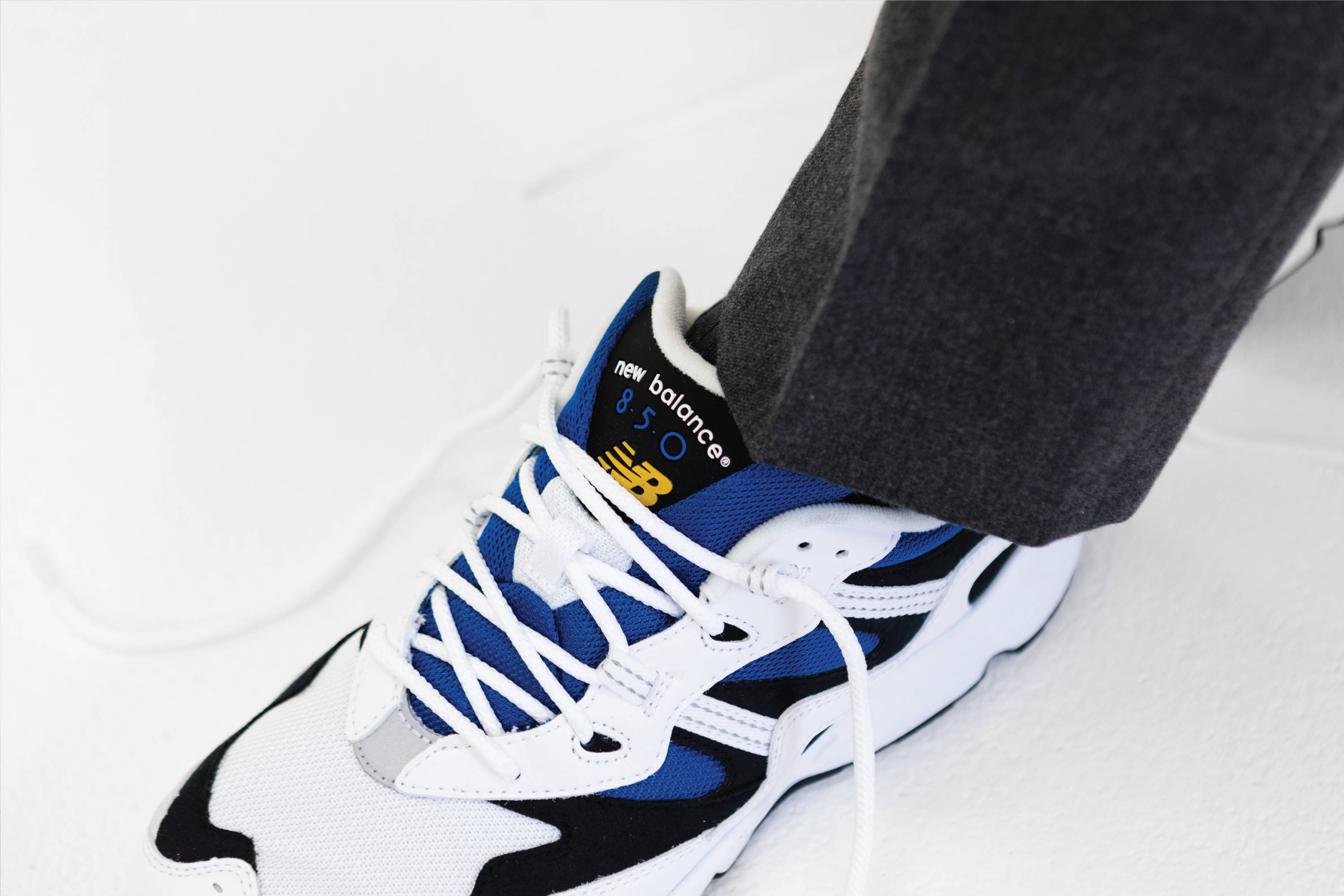 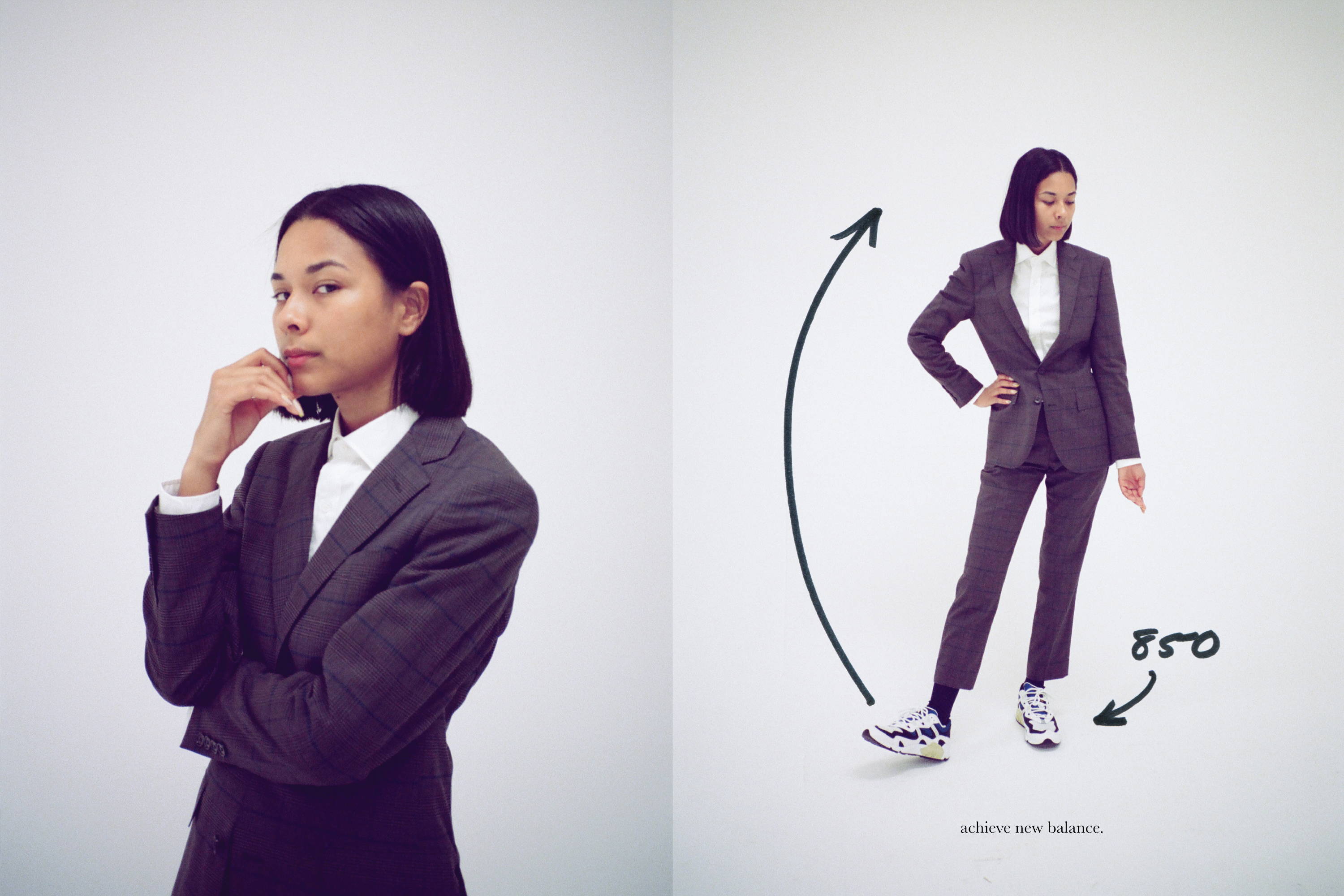 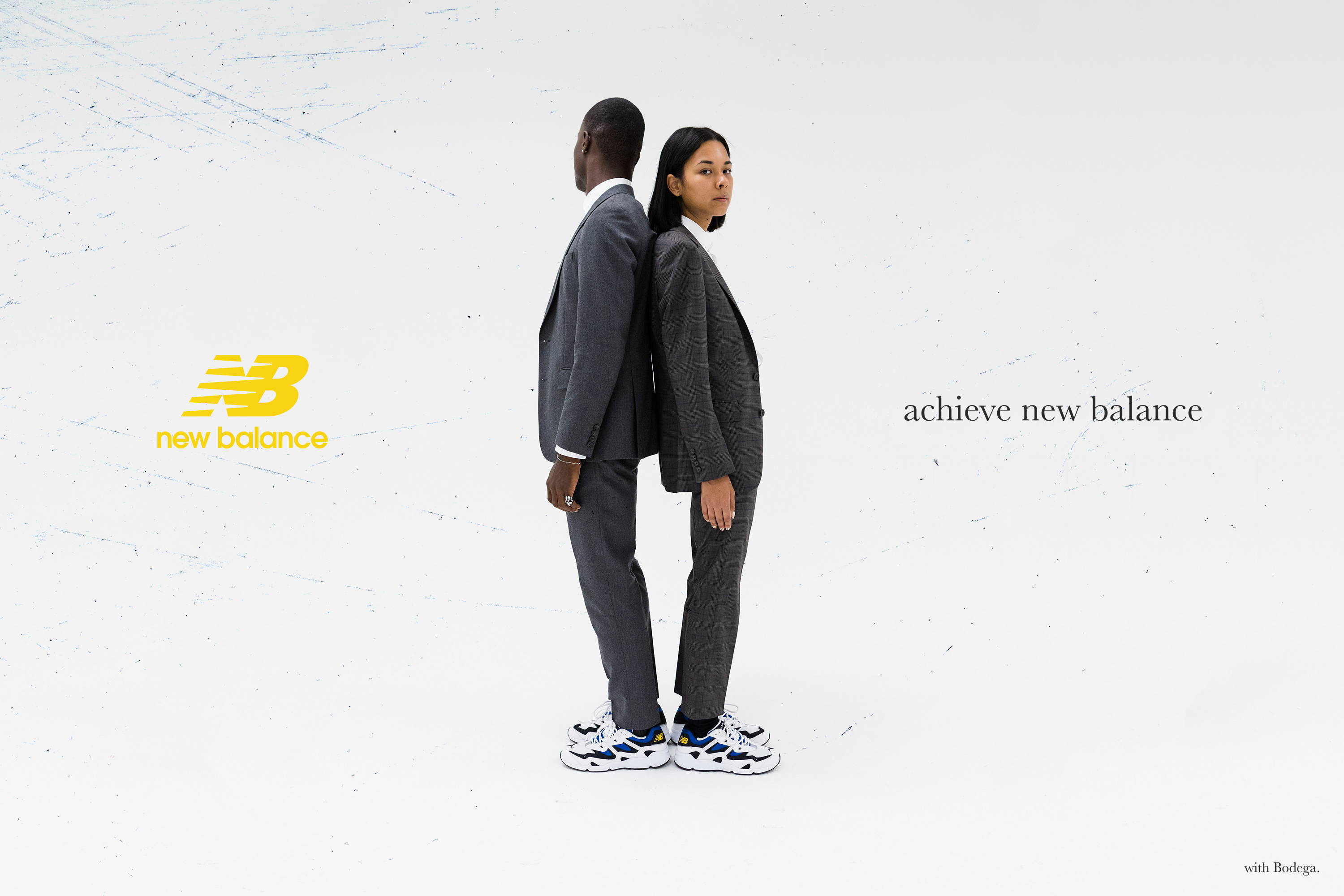 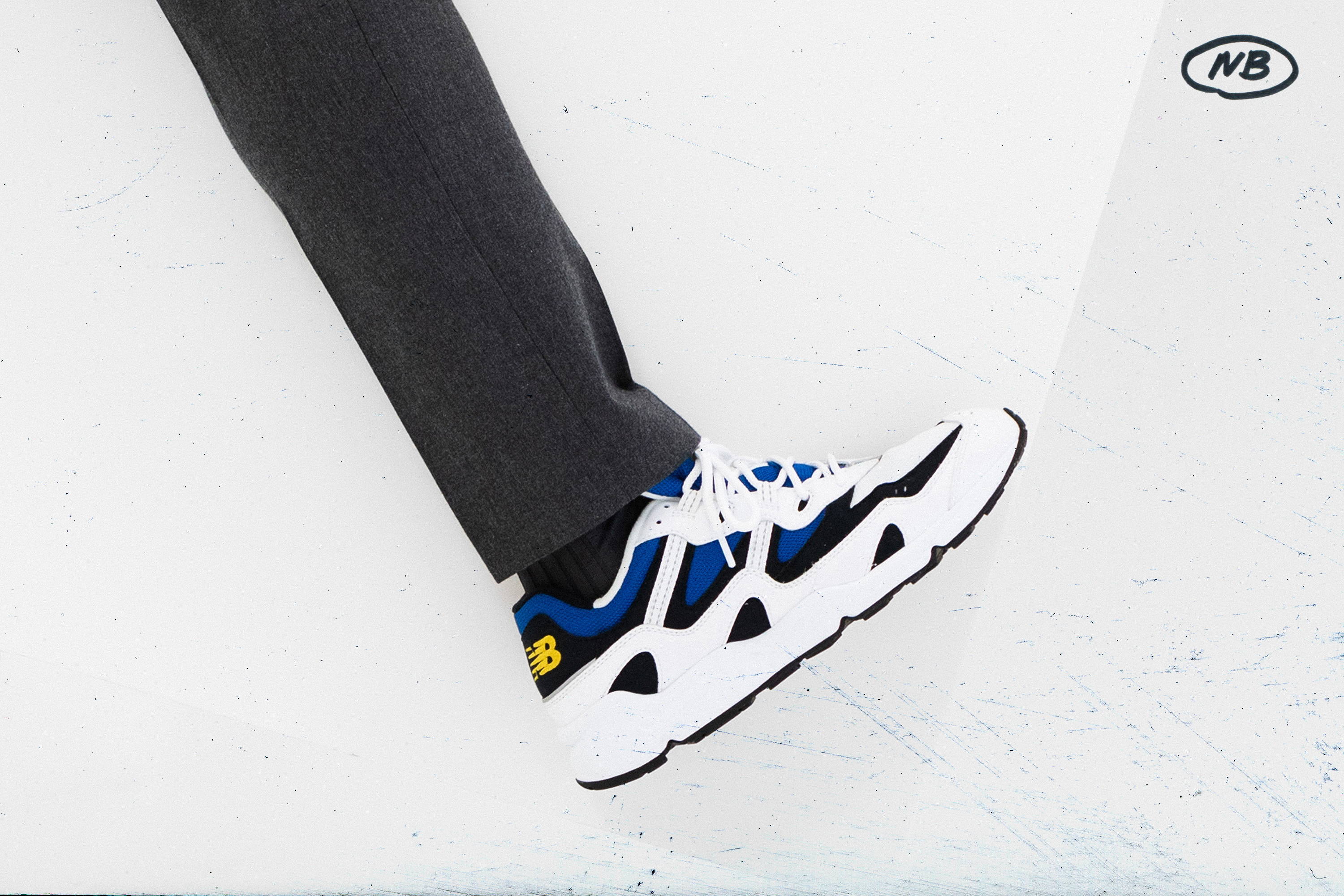 There is one thing that hasn’t changed in the years between 1996 and 2019. The New Balance 850 is a shoe that just feels different.