Few entities in the world of fashion industry have a storied history as rich and steeped in tradition as Harris Tweed.

Now a world famous fabric championed by royalty, celebrity and some of the biggest fashion houses in the land, Harris Tweed began, in earnest, generations ago in the Outer Hebrides. Created by, and for the islanders from this barren archipelago off the western coast of Scotland, the yearly surplus was used for trade and barter. Cool in the summer and warm in the winter, the handwoven heritage cloth known as clò-mòr (or “big cloth” in Gaelic) perfectly outfitted the population against the elements of Scotland’s temperate and oceanic climate. Through trade, the fabric made its way across the land and into the hands of fashionable aristocracy and other notables, which only accelerated interest in the textile. As demand rose, so did its share of imitators. As a result, the Harris Tweed Association was created in 1909 to assure and maintain the authenticity and quality of the fabric bearing the trademarked Orb. Today this regulation continues, through the Regulation Harris Tweed Authority, in accordance with the Harris Tweed Act of 1993.

A cloth like no other, Harris Tweed continues to be made in the Outer Hebrides with pure virgin wool, dyed and spun into distinctive patterns of tactile, breathable, soft, warm, colorful, sustainable and adaptable woven fabric. From royalty and heroes of the silver screen, to some of fashion’s most iconic brands and creative designers, the list of Harris Tweed collaborators continues to grow with names like Nike, Stussy, Alexander McQueen, Chanel, Vivienne Westwood, Levis, Stone Island and The North Face all utilizing the quality cloth. Recently, one of the most popular pairings has been New Era and their 59FIFTY model.

A family business dating back nearly 100 years, New Era has grown from producing hats solely for the Cleveland Indians in 1934, to becoming the official headwear company of the MLB, NBA and NHL simultaneously. Revolutionizing the game, and headwear in general, New Era has expanded its influence to include hats and caps for various entertainment outlets as well as some of the fashion’s coolest, most cutting brands. This season, Bodega adds their name to a short, exclusive elite list of luminaries to feature a Harris Tweed/New Era collaboration. 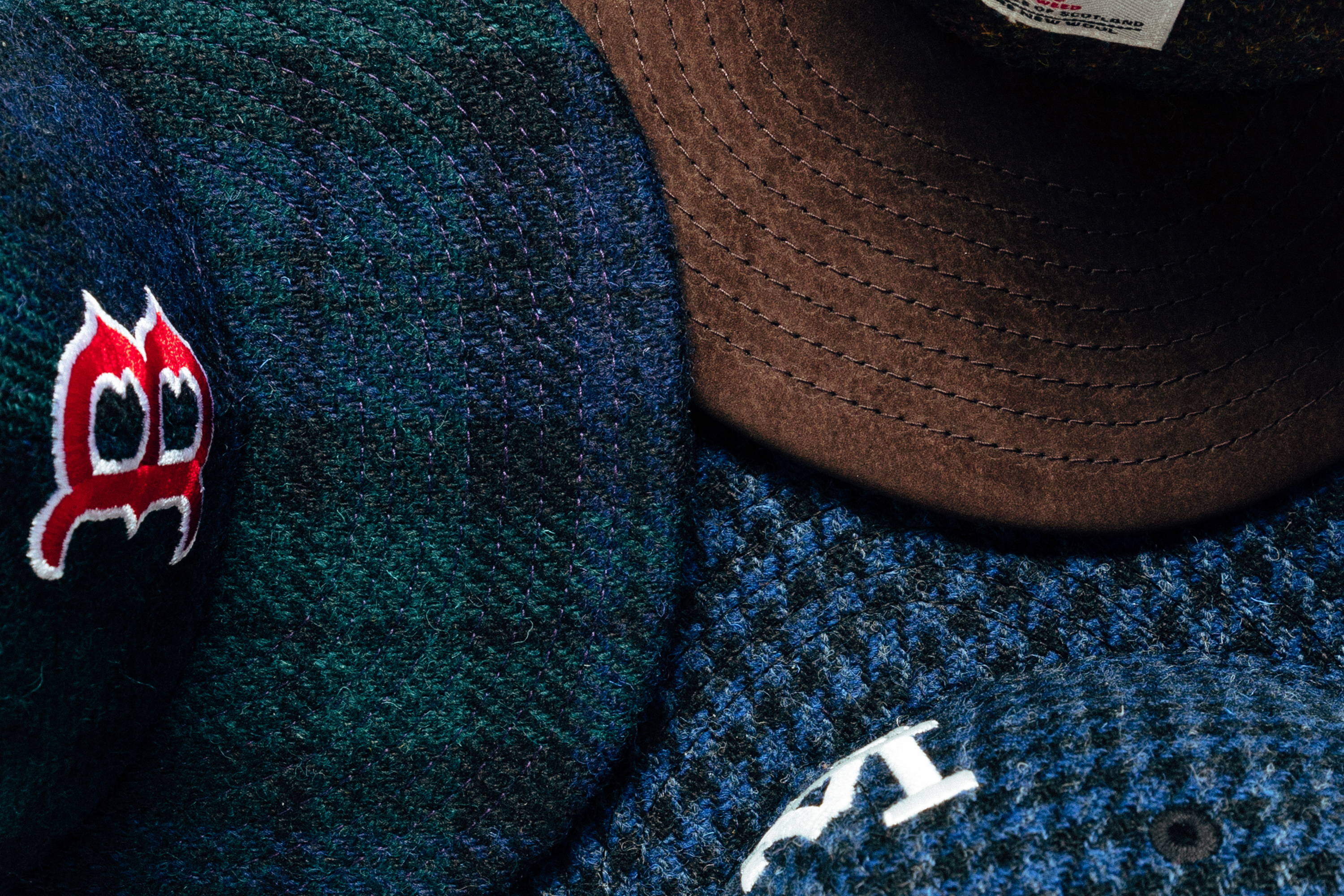 Each made with 100% Harris Tweed, these unique takes on Boston Red Sox and Los Angeles Dodgers caps feature a blue-and-green tartan and black-and-blue houndstooth pattern, respectively. Contrasting purple Harris Tweed underbrims are accentuated with gold embroidered Bodega serif branding, which appears again at the back of the cap. A lux microsuede headband rims the interior which is highlighted with a commemorative 15-year label, a “Genuine MLB Merchandise” label, New Era branding, and cap size. Harris Tweed’s signature Orb label is sewn above the right ear with accompanying hang tag to complete the collaborative design.

The Bodega x New Era / Harris Tweed 59FIFTY Low Profile provides the wearer with an alternative fit. The lowered crown is accented with gold embroidery spelling out BODEGA clockwise across each of the six panels. The primarily brown Harris Tweed is accented with a subtle mix of multicolored wool exhibiting the complex texture and density of the textile. A brown suede brim employs a contrasting purple undervisor with accompanying gold Bodega serif branding as the same inner headband and branding rims the interior. The iconic Harris Tweed tag with Orb logo is sewn on, front and center, while a Bodega crest and coat of arms with founding date “MMVI” is embroidered on the back to complete the design. 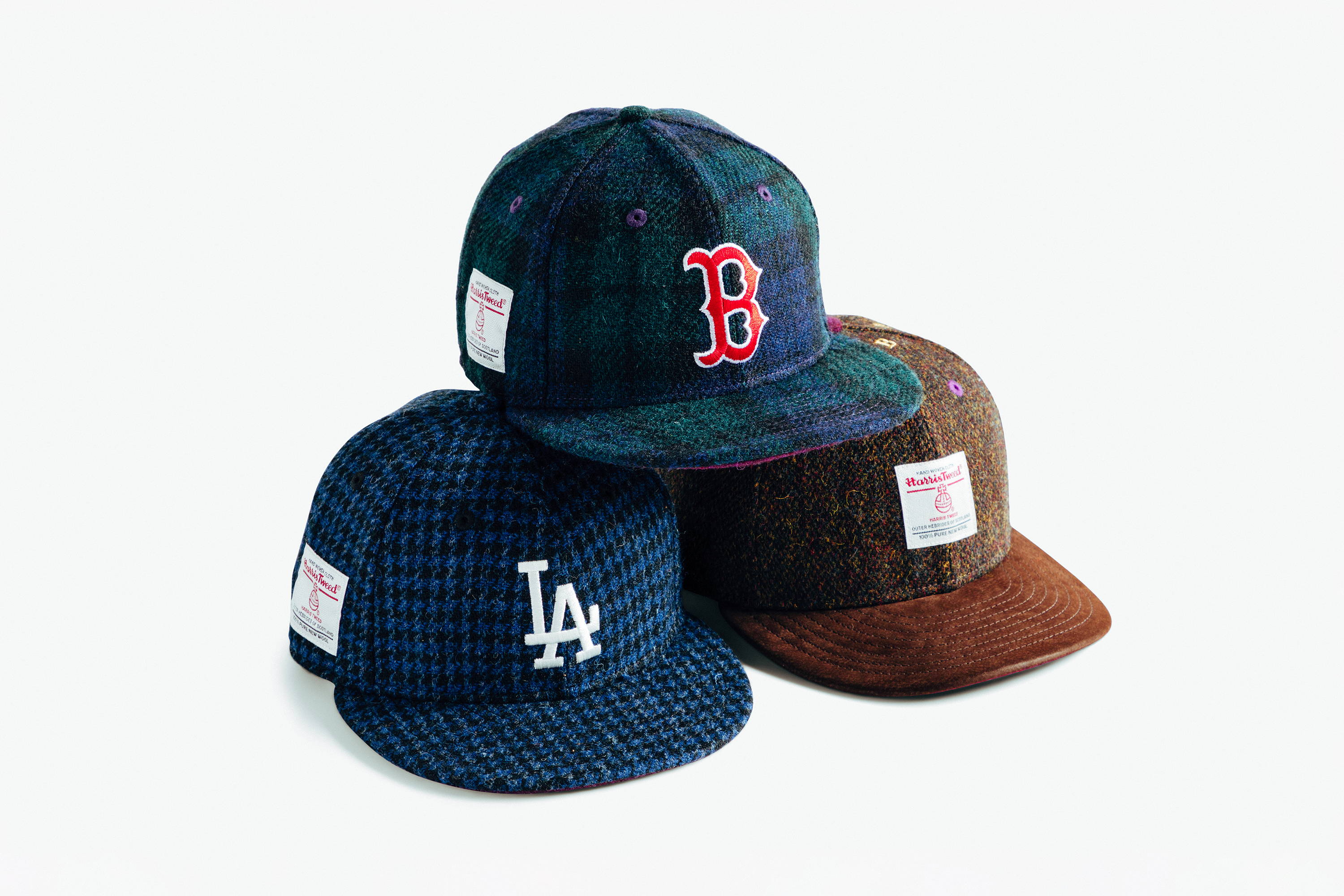 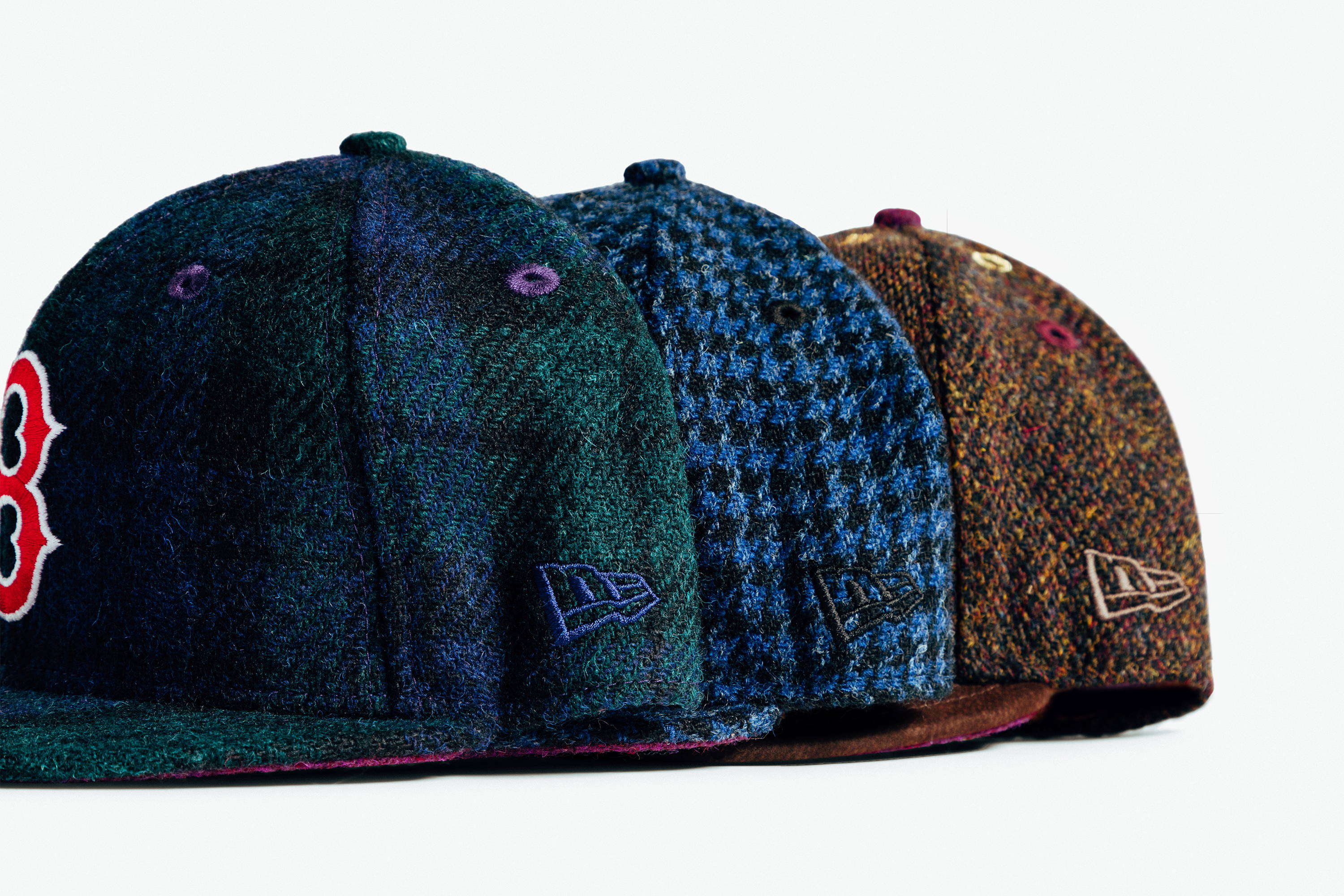 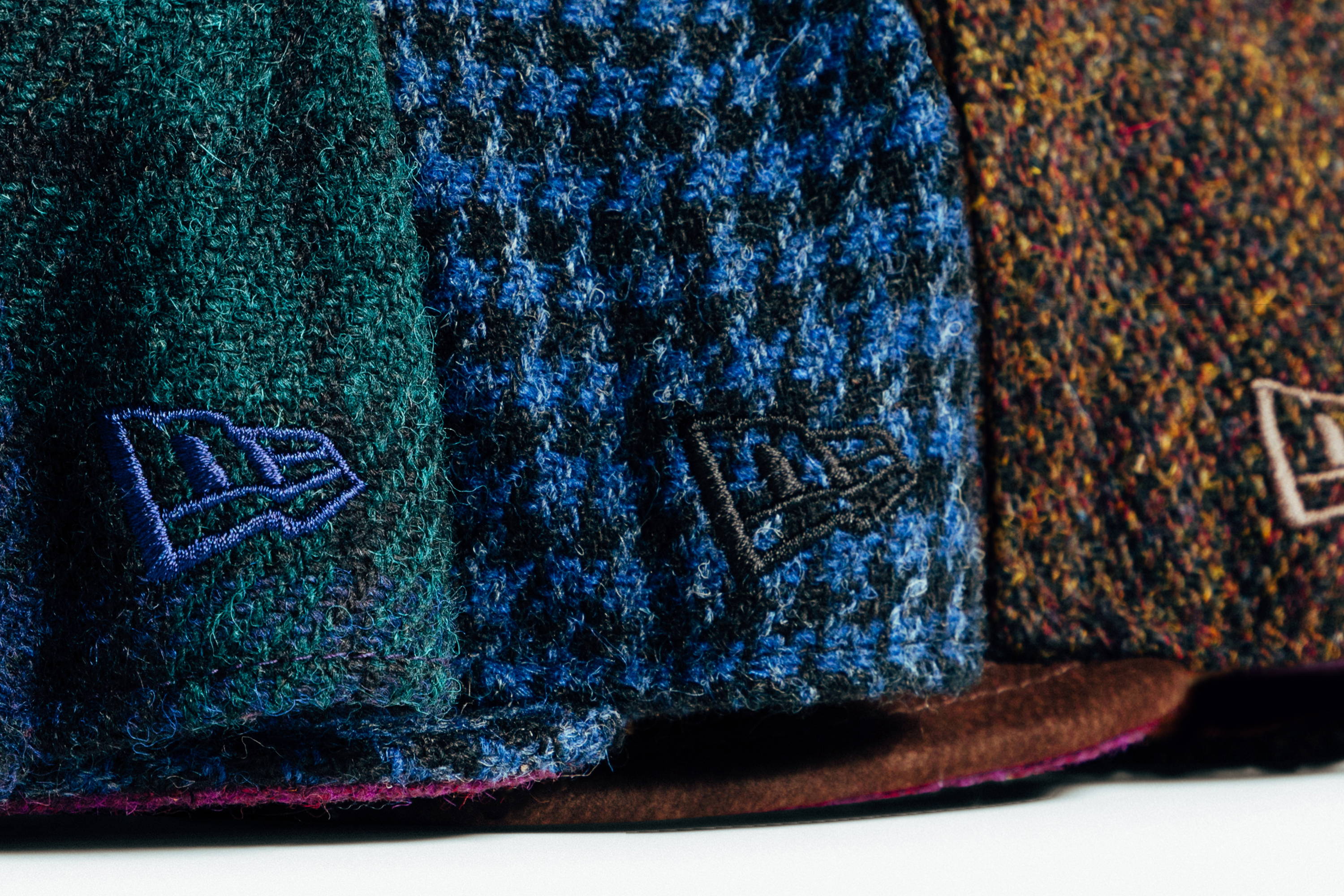 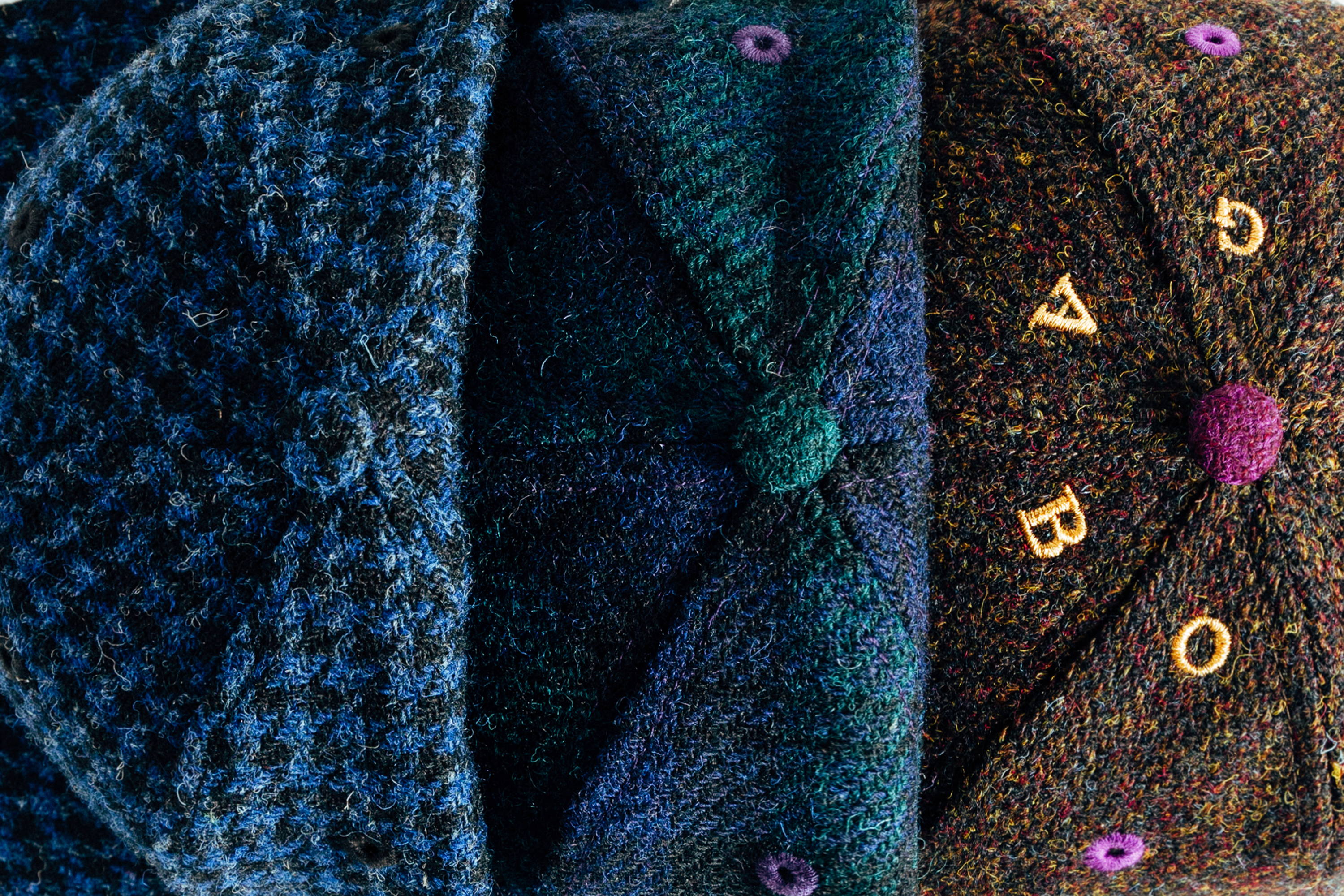 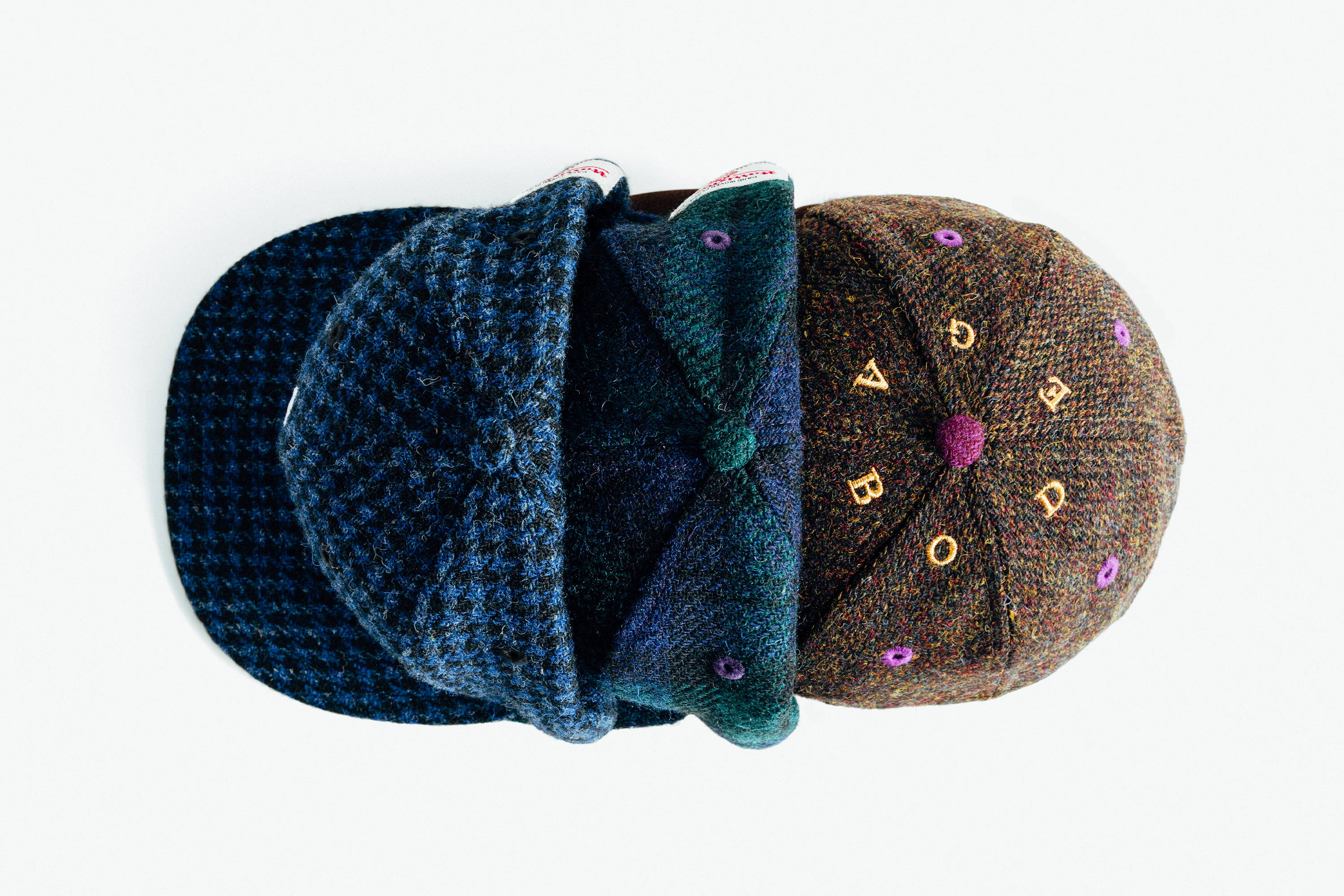 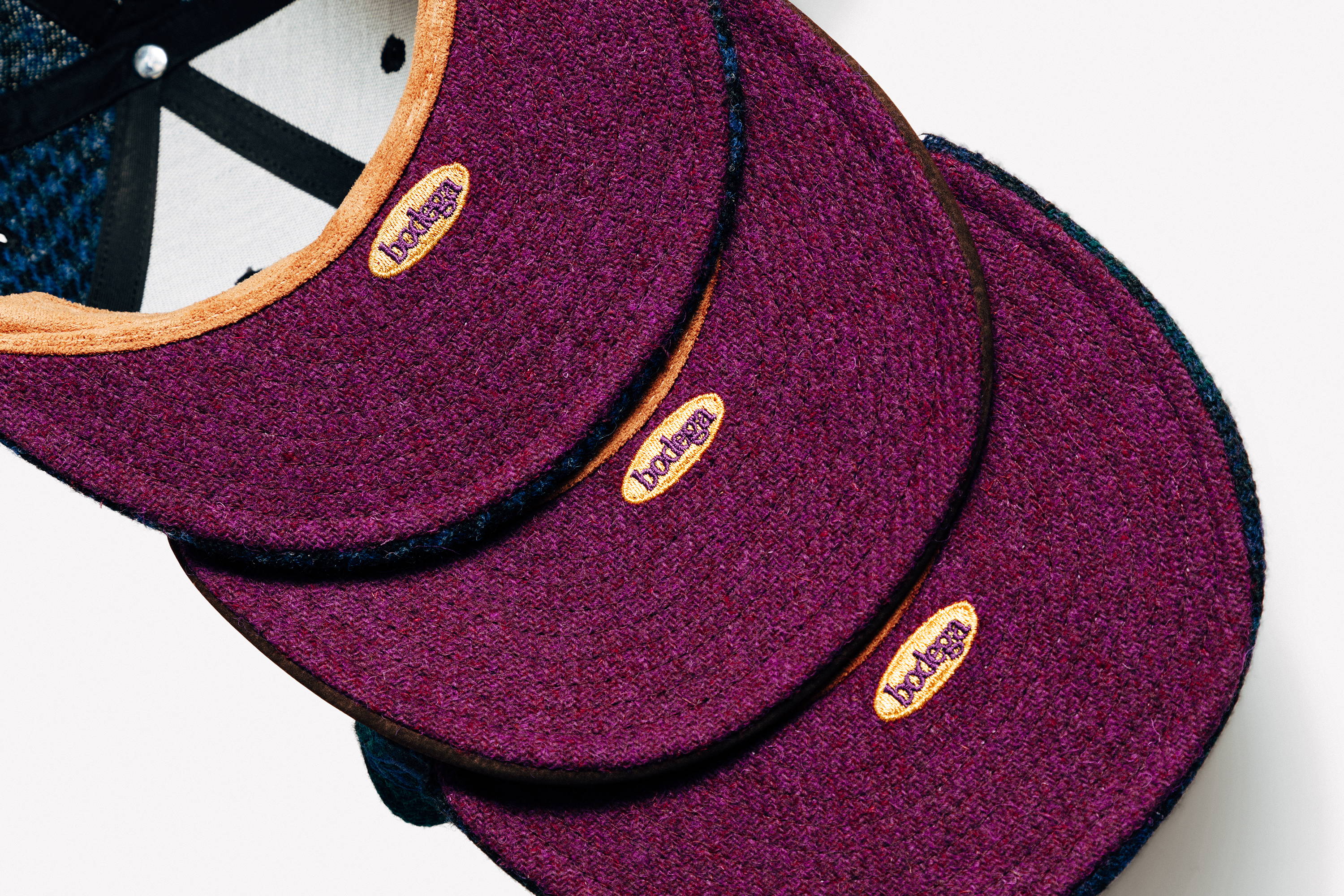 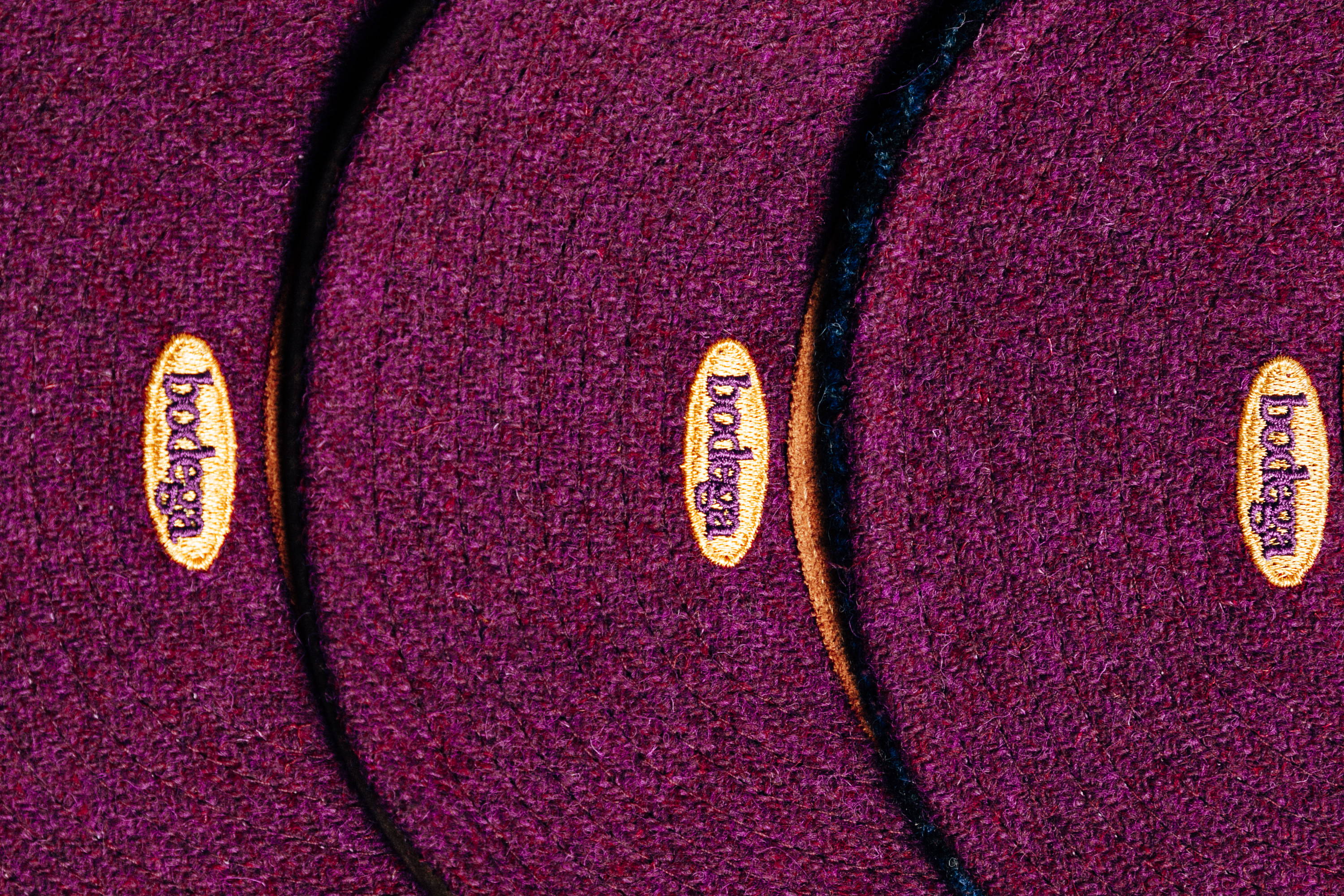 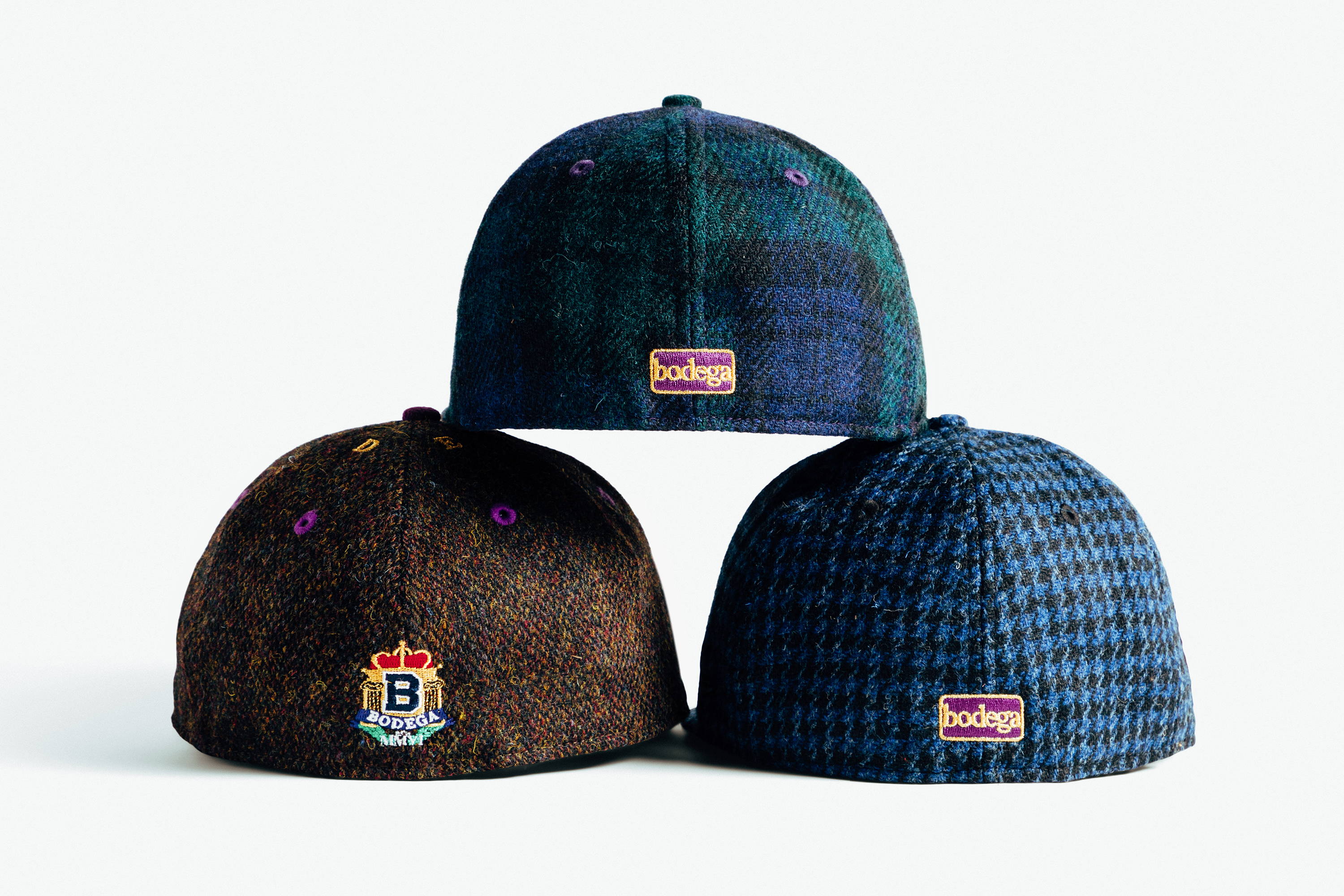 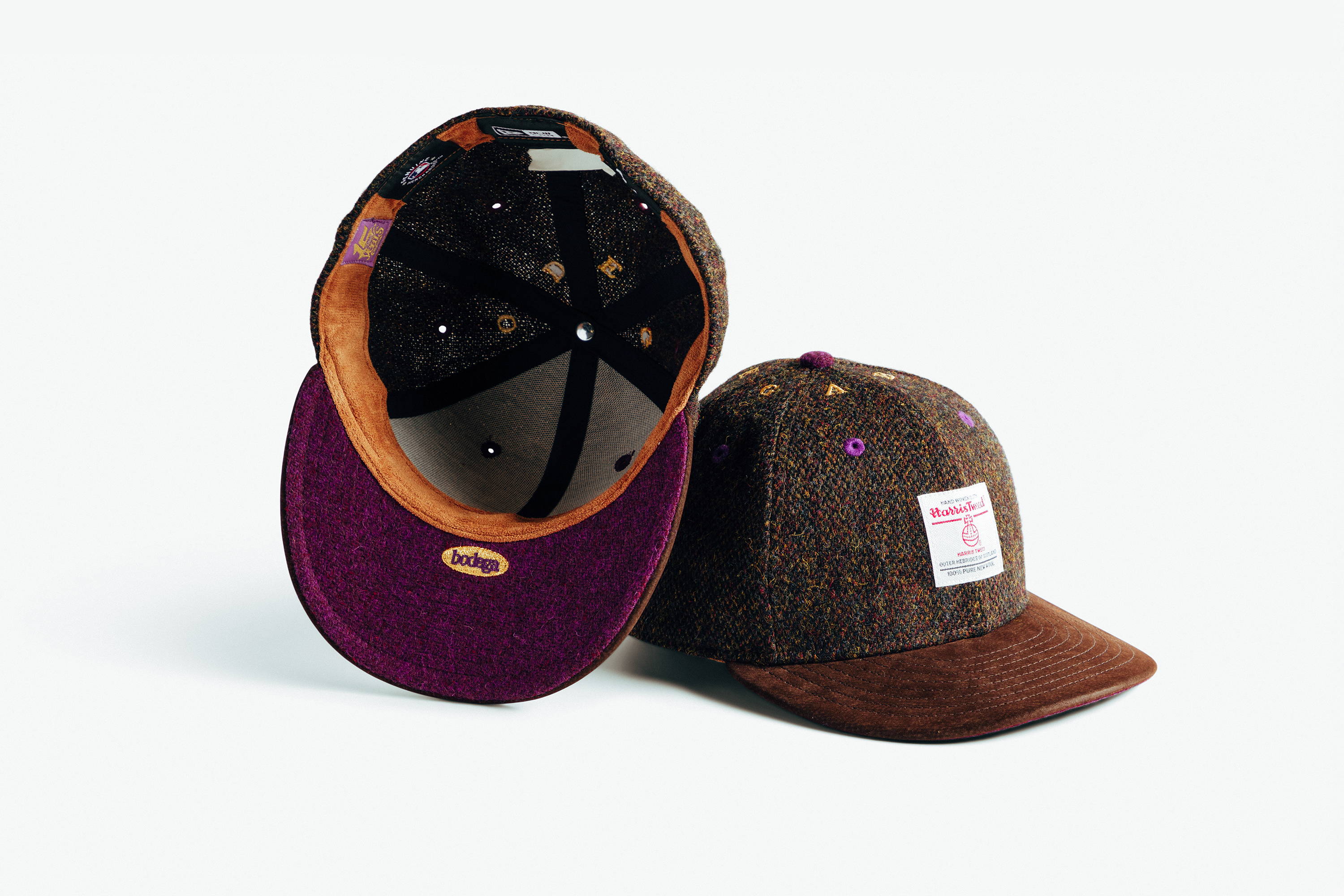 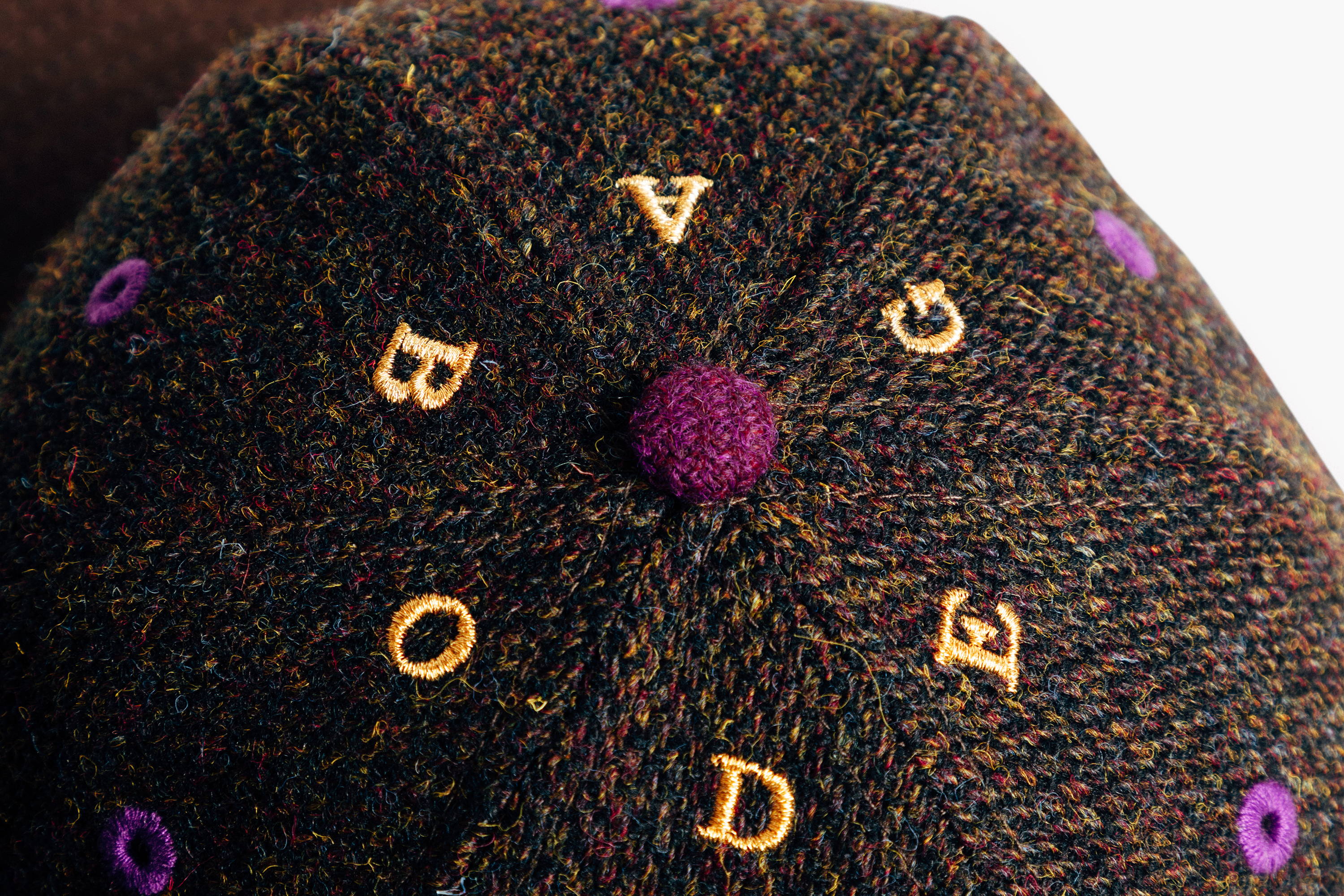 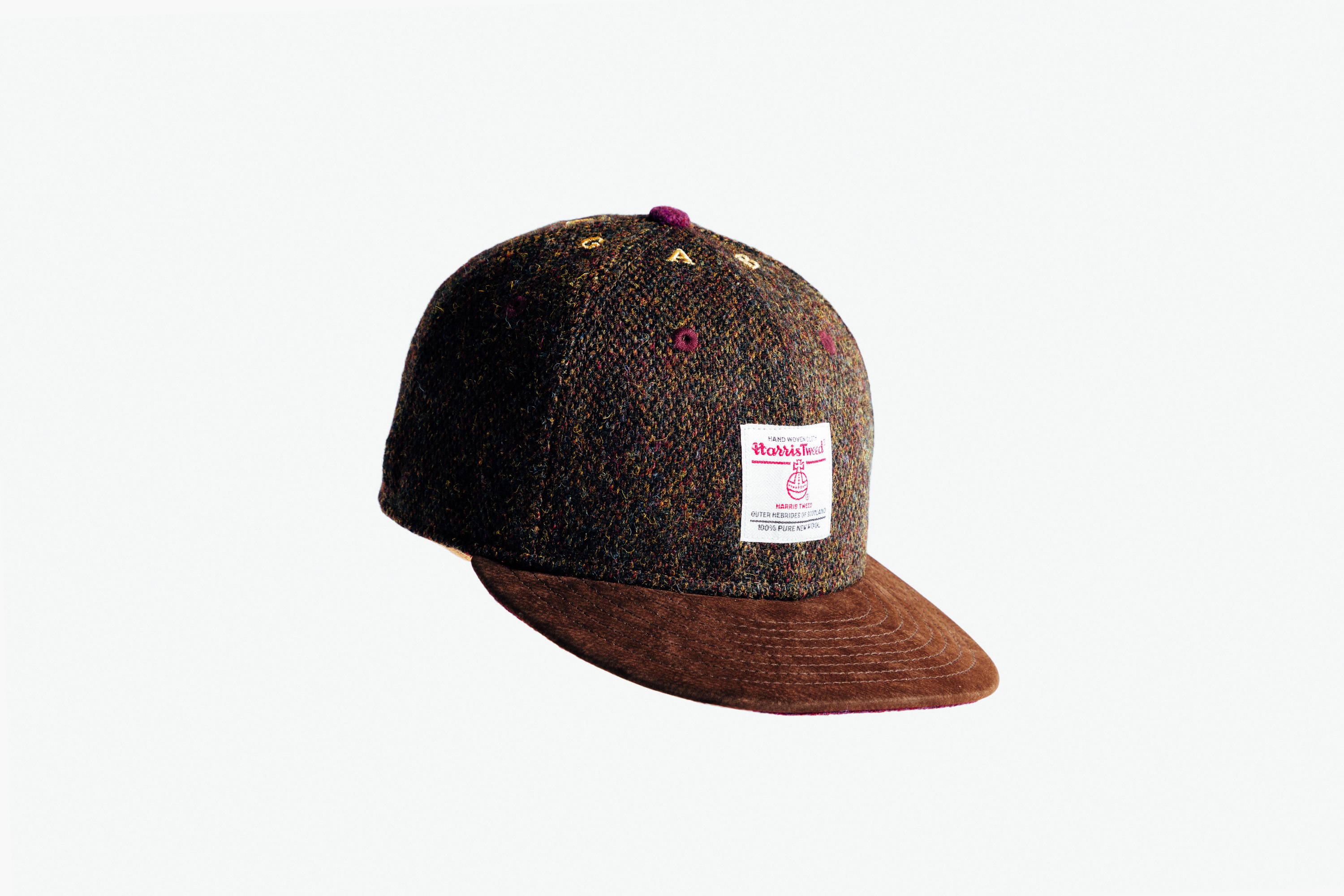 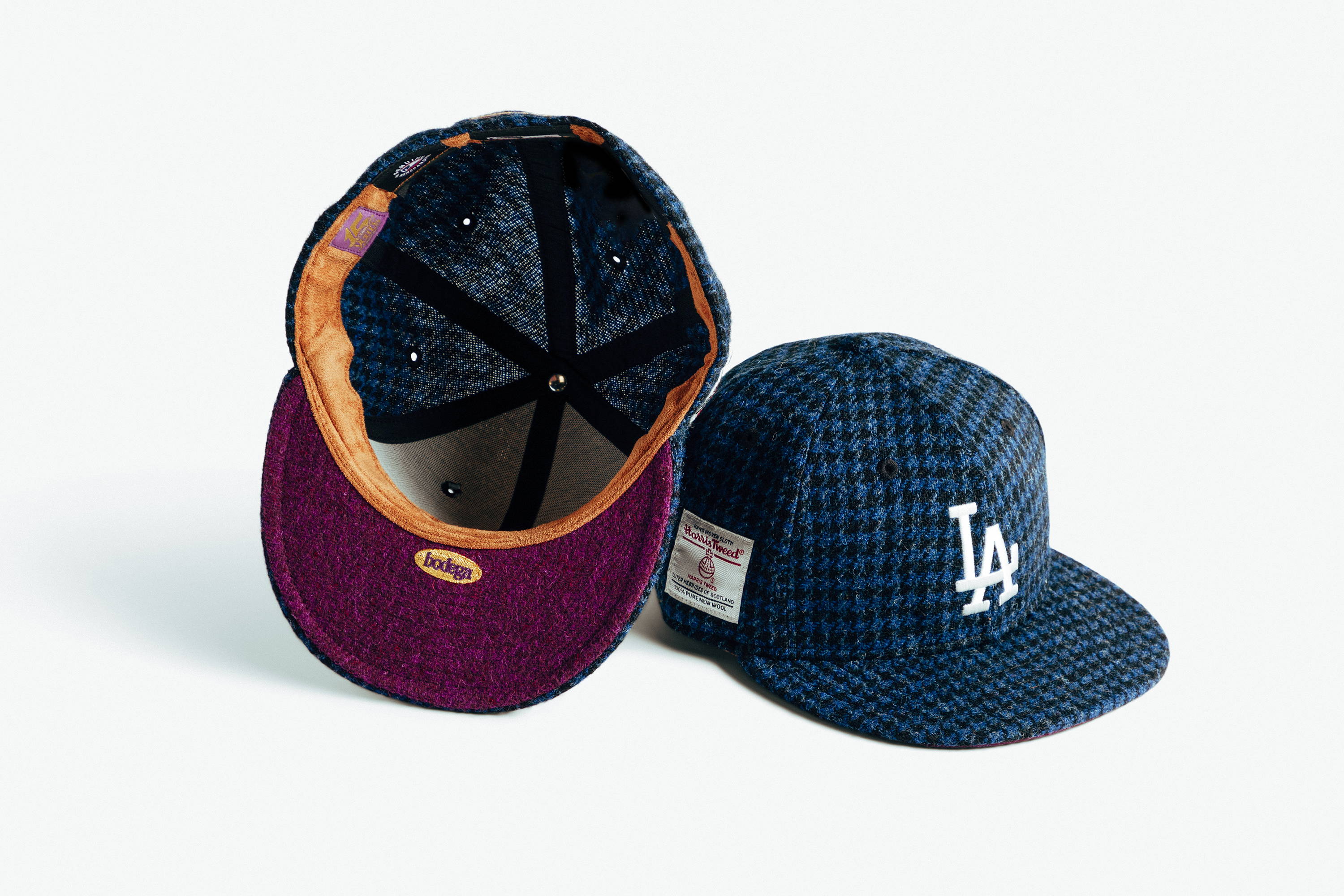 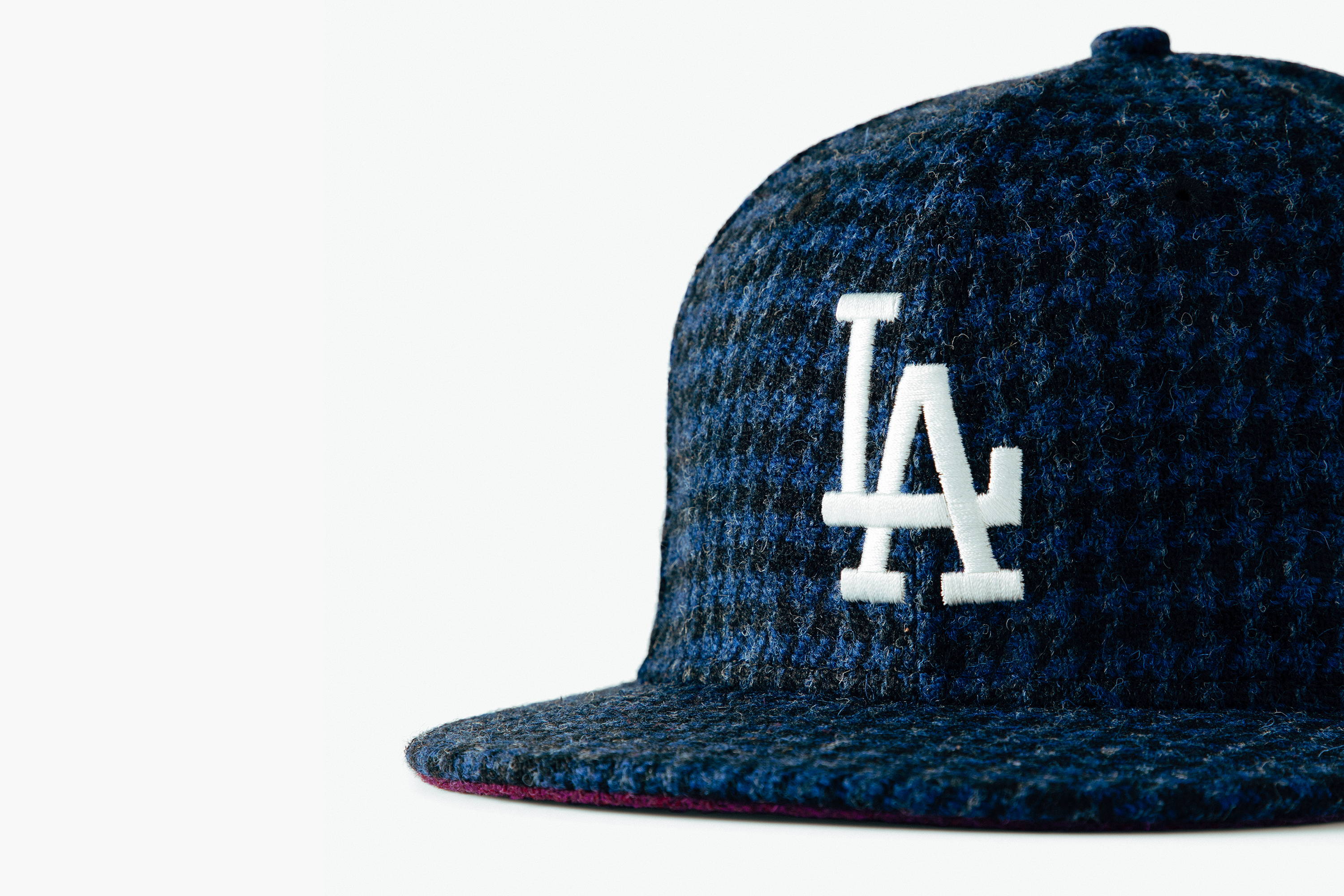 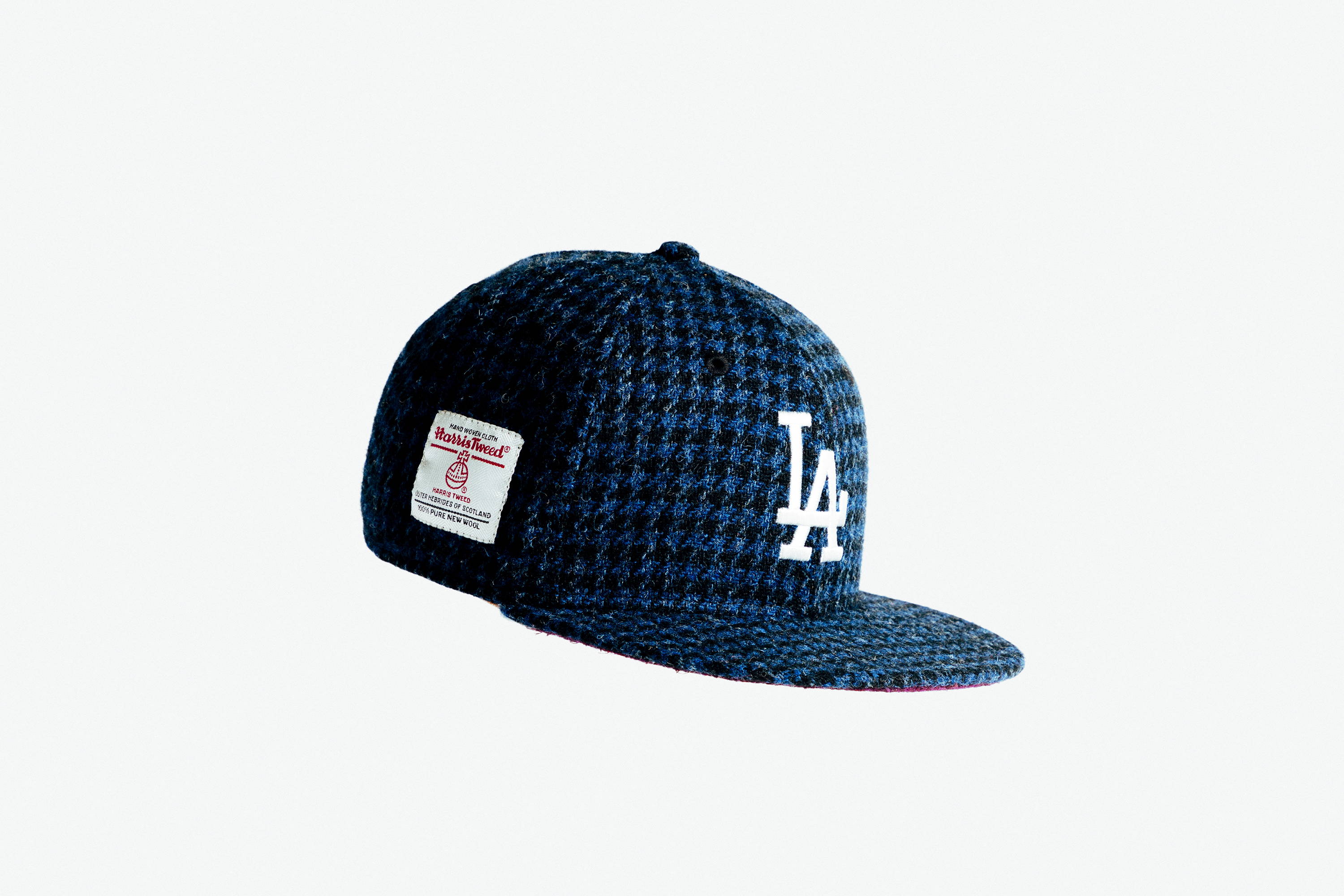 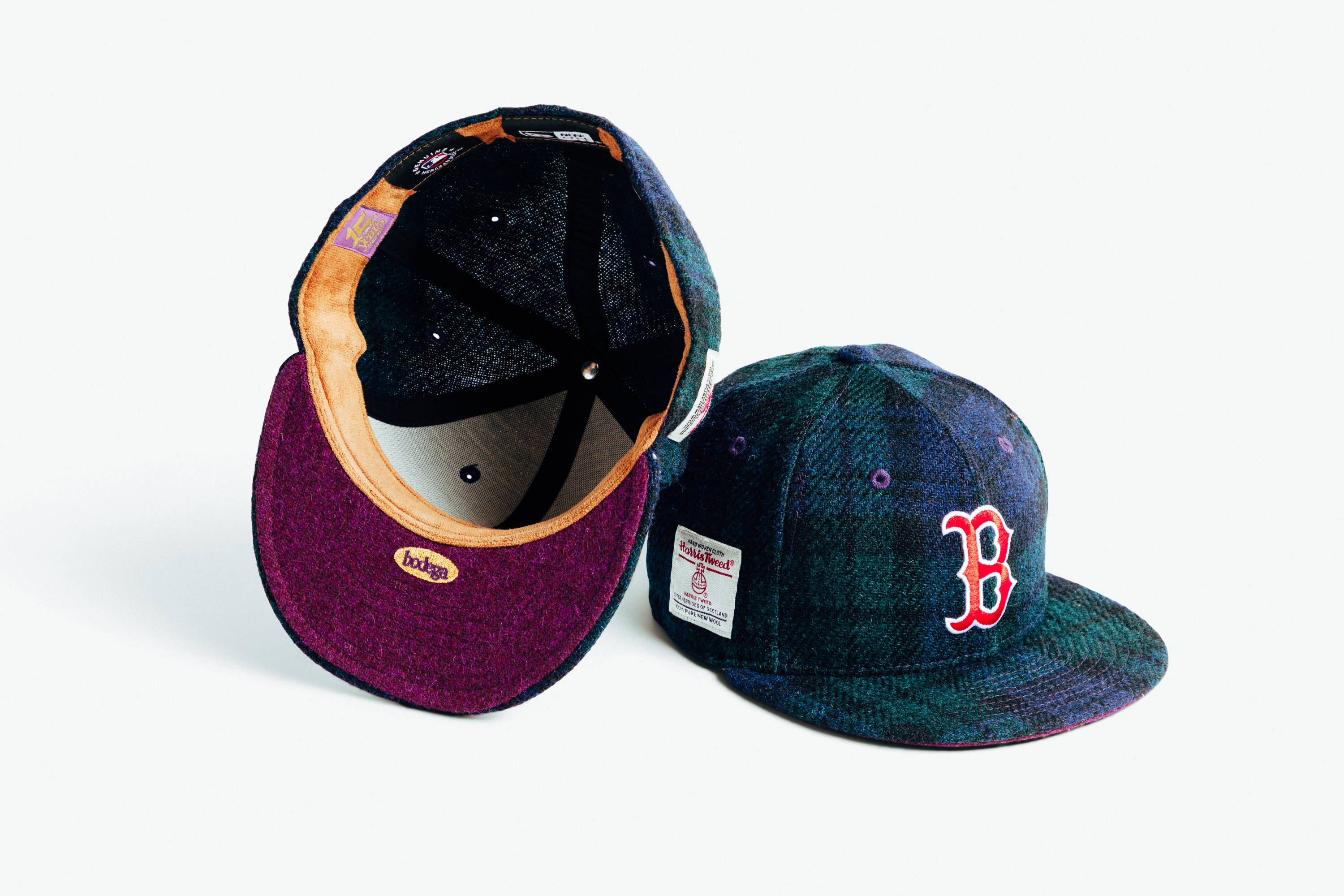 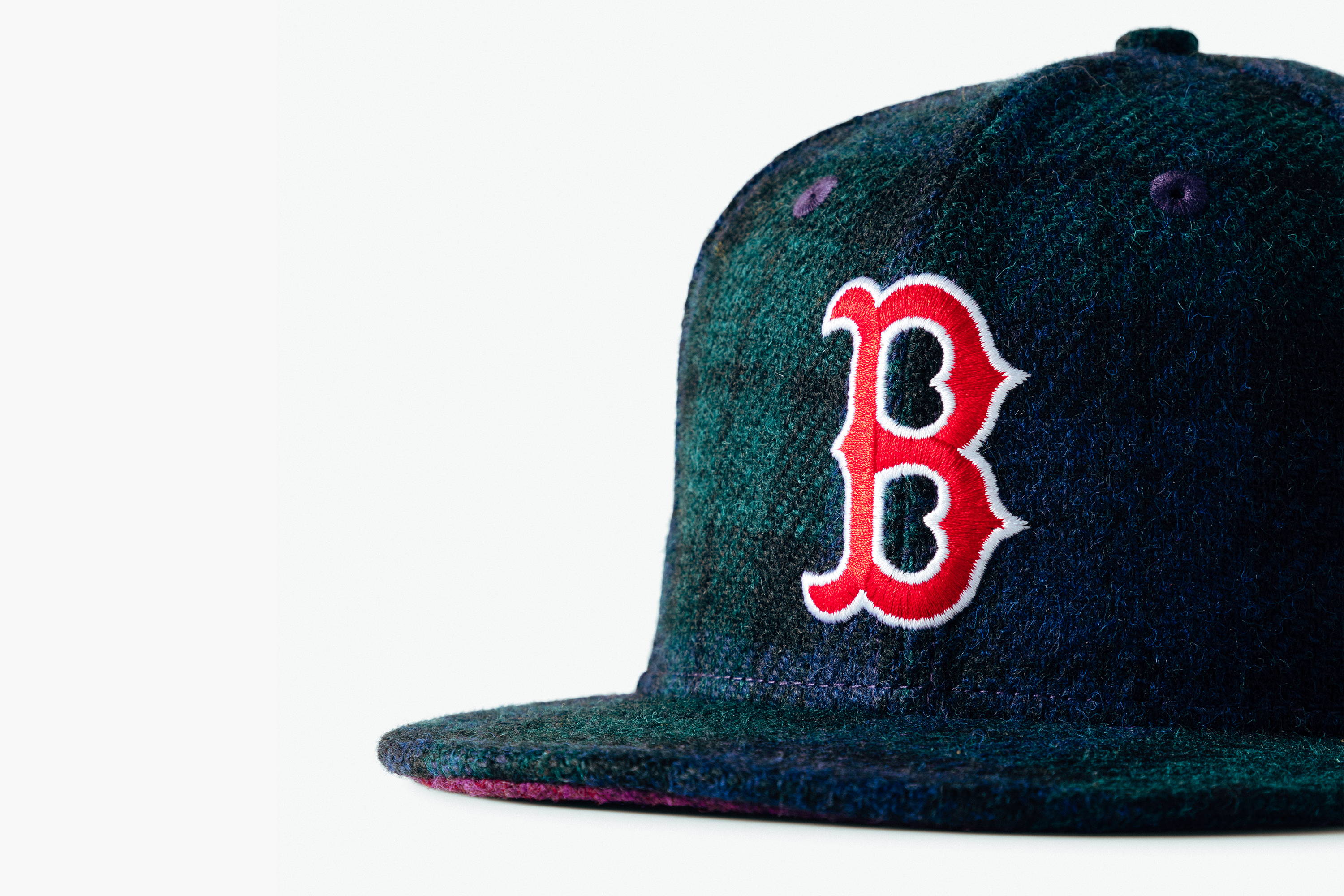 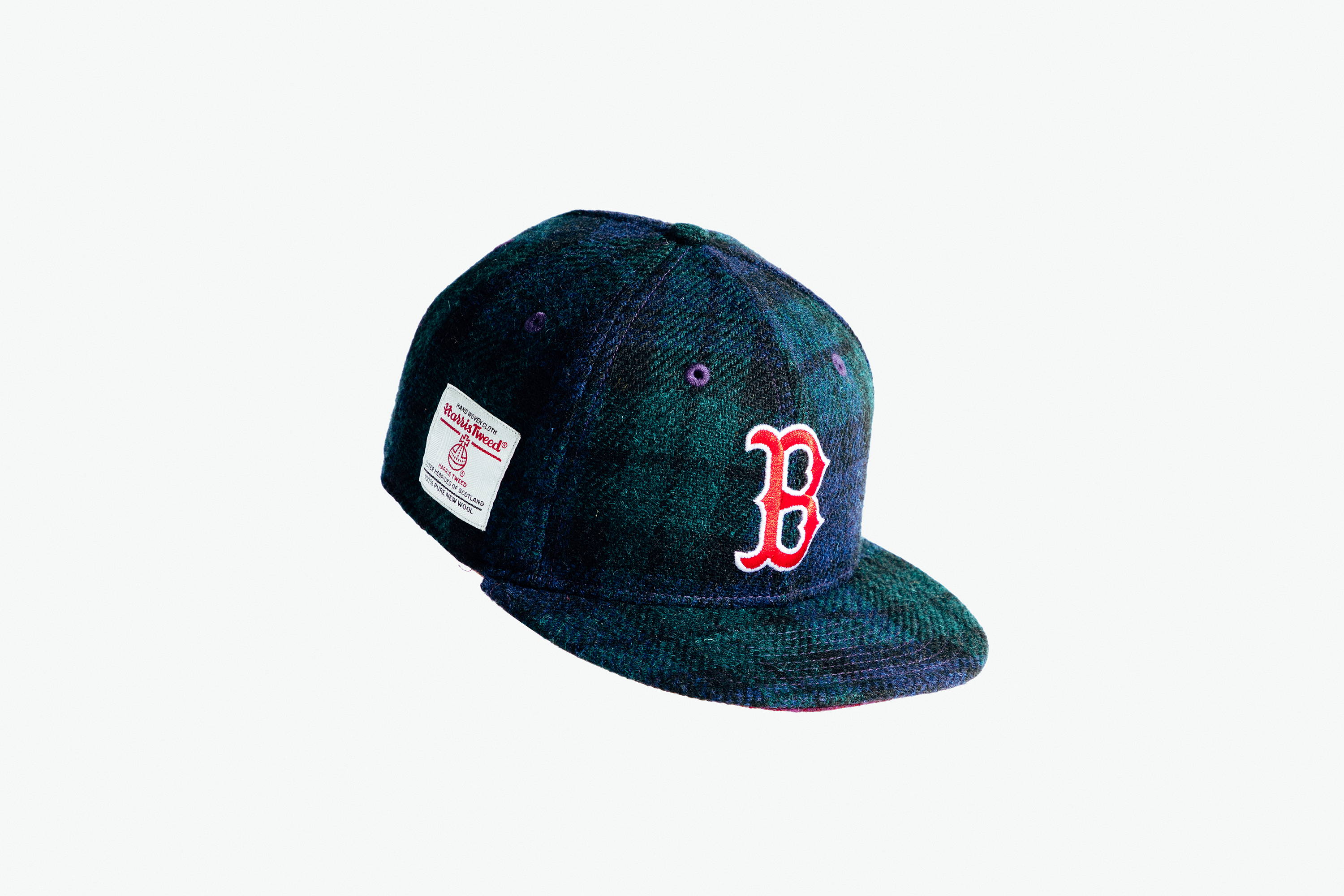 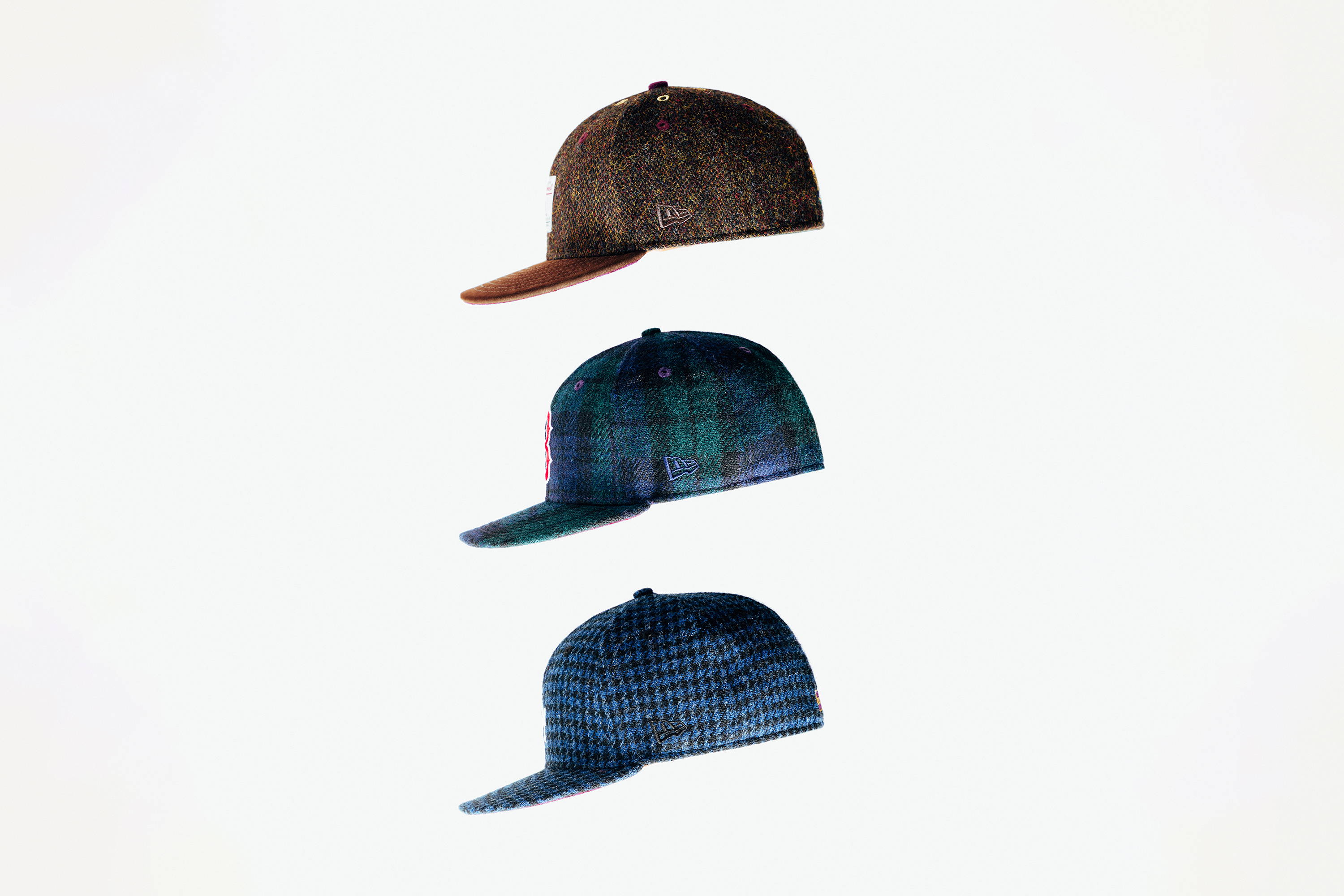